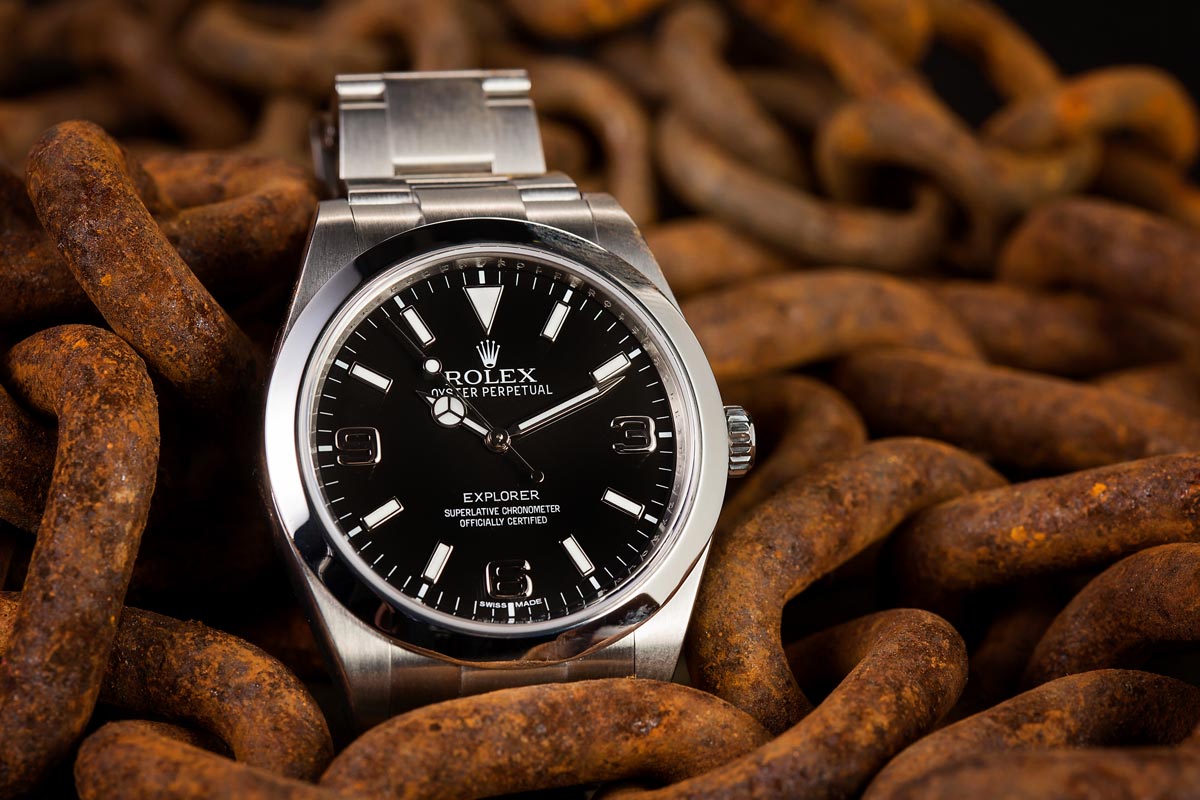 The Origins of the Rolex Explorer and the Tudor Ranger

The Rolex Explorer made its debut in 1953 as a watch to commemorate Sir Edmund Hillary and Tenzing Norgay becoming the first confirmed climbers to reach the summit of Mount Everest. The crew of the 1953 British Mount Everest expedition was supplied with Oyster Perpetual watches so Rolex jumped on the opportunity to align the brand with the historic ascent by officially introducing the Explorer later that year. While Rolex has slightly modified the watch over the decades, the design traits that have come to define the Explorer include a stainless steel Oyster case and Oyster bracelet, a time-only black dial with Arabic numerals at 3, 6, and 9, Mercedes-style hands, and an automatic time-only movement. This model has been a mainstay in Rolex’s catalog since its inception in the 1950s.

On the other hand, Tudor introduced the Ranger in the 1960s, also as a stainless steel waterproof watch with a black dial and Arabic numerals. However, there were four Arabic numerals on the Ranger, 3, 6, 9, and 12, along with an arrow-tipped hour hand and a seconds hand with a luminous rectangle. Plus, Tudor also made hand-wound Oyster Ranger versions and automatic Oyster Prince versions of the Ranger (fun fact: the label “Prince” on many vintage Tudor watches denotes an automatic movement much like “Perpetual” does on Rolex watches), in addition to no-date and date editions (called Oysterdate Ranger). The Tudor Ranger watches remained in the catalog until 1988. 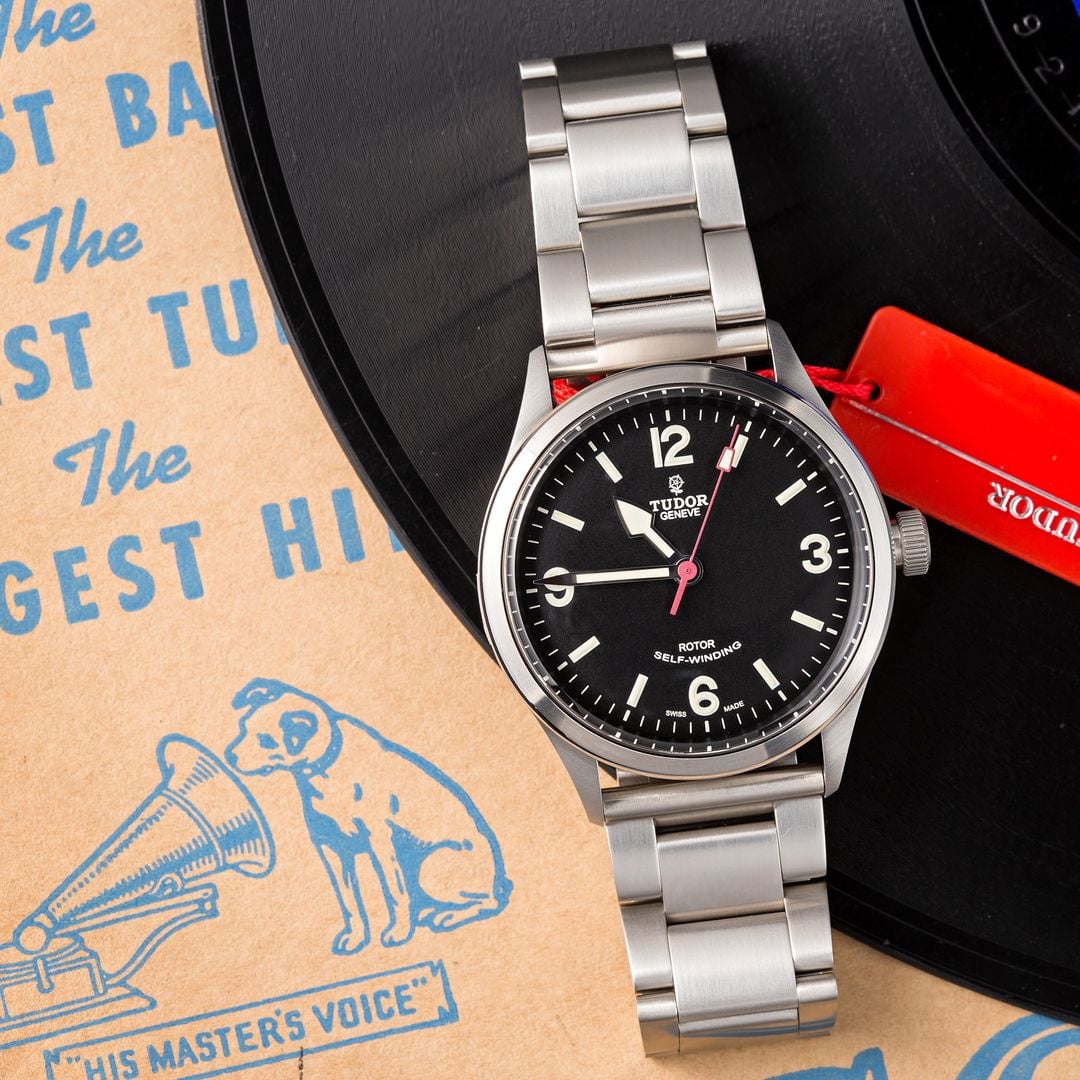 In 2010, Rolex launched the Explorer 214270 as the latest iteration of its adventure watch, which brought about a bigger case size, solid bracelet links, and a new Caliber 3132 movement inside. Unlike its 36mm predecessors, the new Explorer ref. 214270 features a larger 39mm Oyster case. The dial retains the characteristic black background with the Mercedes-style hands and the 3/6/9 numerals. As a modern Rolex watch, the hour markers are applied and feature white gold surrounds. Yet, many remarked that the handset was too small for the newly enlarged case since the minute hand did not quite reach the minute track along the periphery of the dial. So in 2016, Rolex released an updated Explorer ref. 214270 not only with better-proportioned hands but also with the addition of luminescence for the white gold 3, 6, and 9 indexes (on the previous dial, these three hours were not luminous). Collectors typically refer to this version as the “Mark II” Explorer ref. 214270.

In 2014, Tudor revived the Ranger name in the form of the Heritage Ranger 79910. As the “Heritage” part of the name indicates, this is a revival model, specifically inspired by the no-date automatic vintage Tudor Oyster Prince Ranger from the 1960s. The watch features a 41mm steel case (much larger than the vintage version), a black dial with the familiar 3/6/9/12 numerals, historically-correct shaped hands, and an automatic movement. Interestingly, to retain the vintage vibe of the watch, the luminous hour markers on the Heritage Ranger dial are painted rather than applied; however, the dial is topped with a domed sapphire crystal rather than an acrylic one for improved durability. Like most modern Tudor watches, the Ranger comes with a varied choice of wrist attachments, including a three-link steel bracelet, leather bands, or fabric straps. 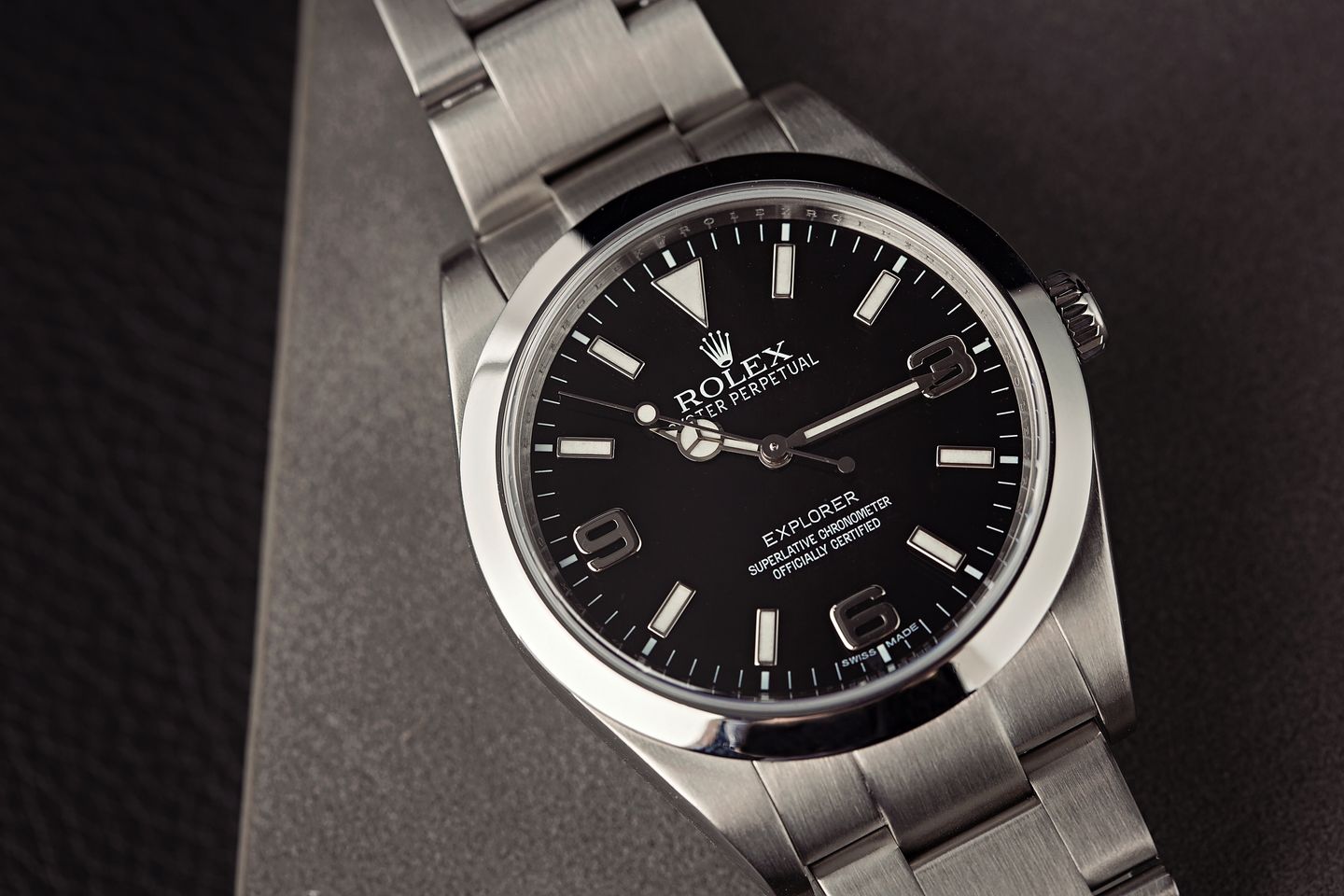 Below is a quick overview that outlines the main differences and similarities between the current-production Rolex Explorer and Tudor Ranger watches. 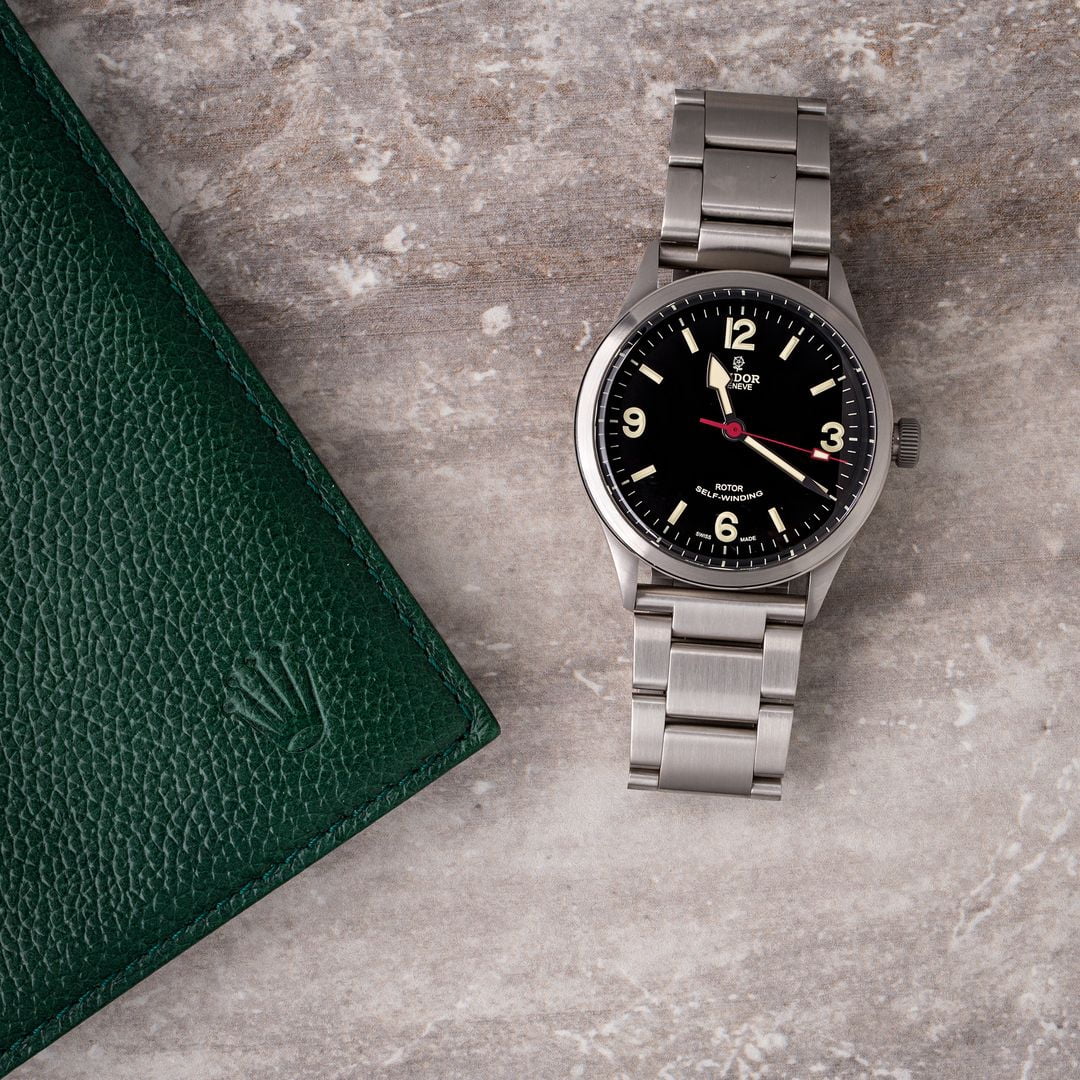 Although both rugged watches are simple three-handed models with similar dials based on vintage references from the mid-20th Century, the Tudor Ranger leans into its vintage tool watch inspiration while the Rolex Explorer wears its modern luxury sports watch badge proudly. With that in mind, there is quite a bit of design DNA that is shared between these two models, making them two different approached to a similar overall aesthetic.

As we can see from the specs above, the Tudor is larger than the Rolex and offers a better water resistance rating; however, the Tudor Ranger runs on an ETA-based automatic movement with a lower power reserve than Rolex’s in-house automatic movement. Tudor offers more ways to wear the Ranger with an assortment of strap choices, while Rolex sticks to the tried-and-true robust Oyster bracelet. Naturally, the Tudor Ranger is less expensive than the Rolex Explorer, priced at less than half at retail. Overall, both models are 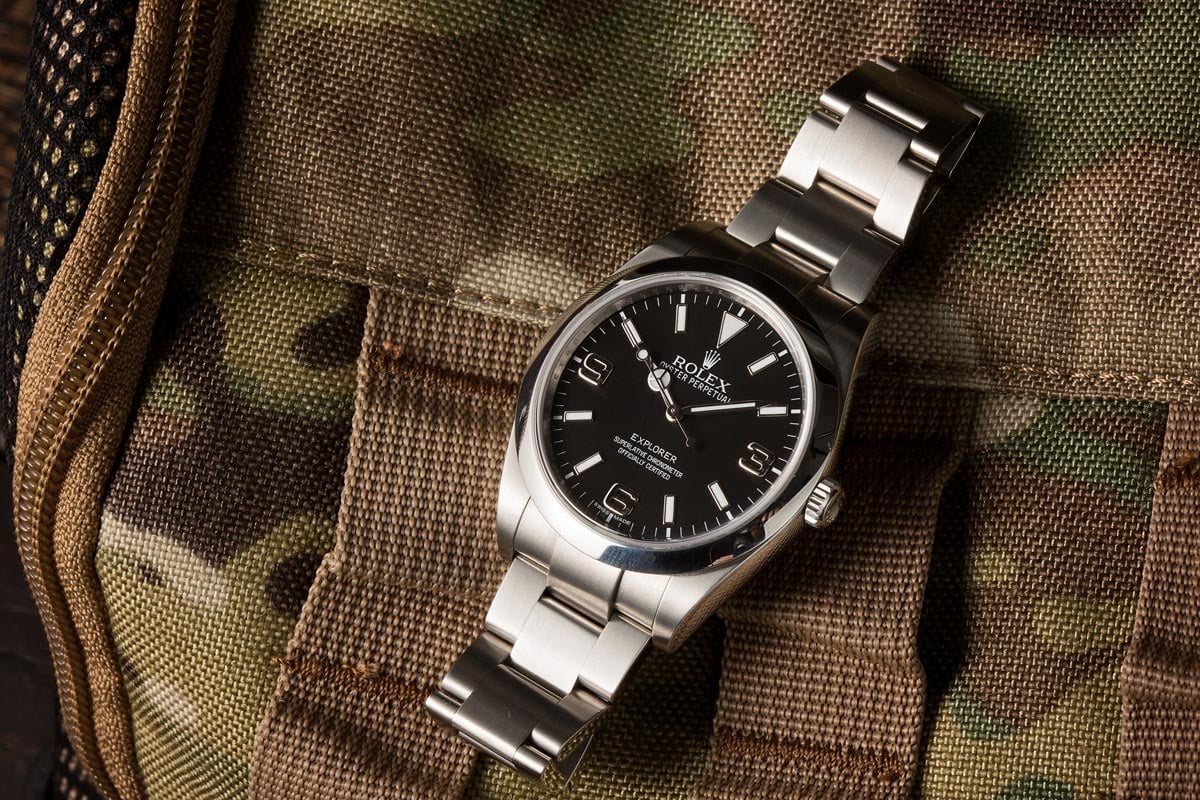