Released in 1969, On Her Majesty’s Secret Service is something of a divisive film among James Bond enthusiasts. The only appearance of George Lazenby in the role of 007, it signaled the end of the Sean Connery era and is much darker than the other movies in the franchise. Having milked all it could out of the 50th anniversary of the moon landing, Omega needed something new to celebrate, and a new Bond watch – an Omega Seamaster 300m to commemorate the 50th anniversary of On Her Majesty’s Secret Service (OHMSS) is a timely reminder that in addition to astronauts, Omega is also the preferred timekeeper of a certain secret agent. 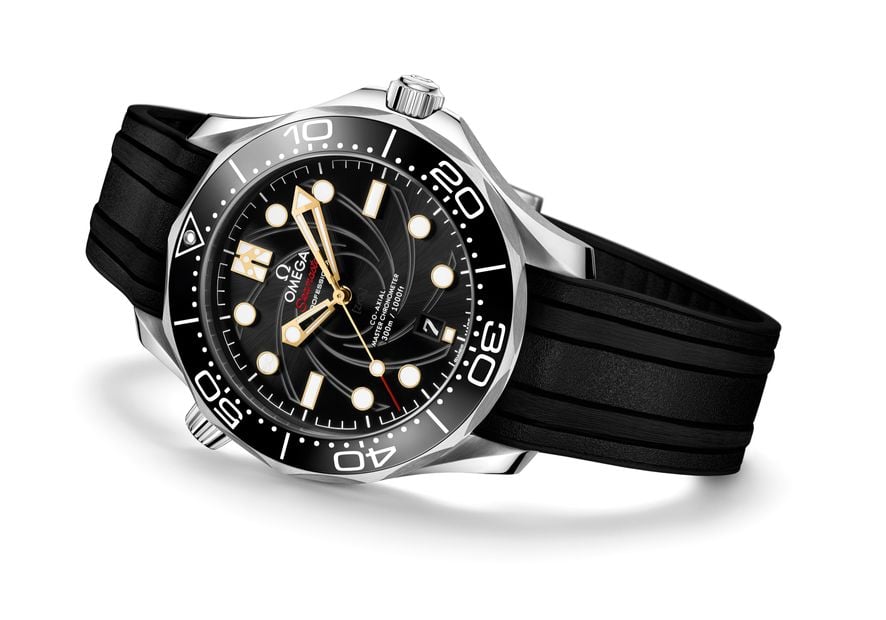 In fact, we’ve always considered Lazenby to be somewhat underrated, and we’re even willing to overlook the fact that in the actual film he wore a Rolex “Pre-Daytona” chronograph ref. 6238, as this was well before Omega’s partnership with Bond producer EON Productions came into play in 1995. 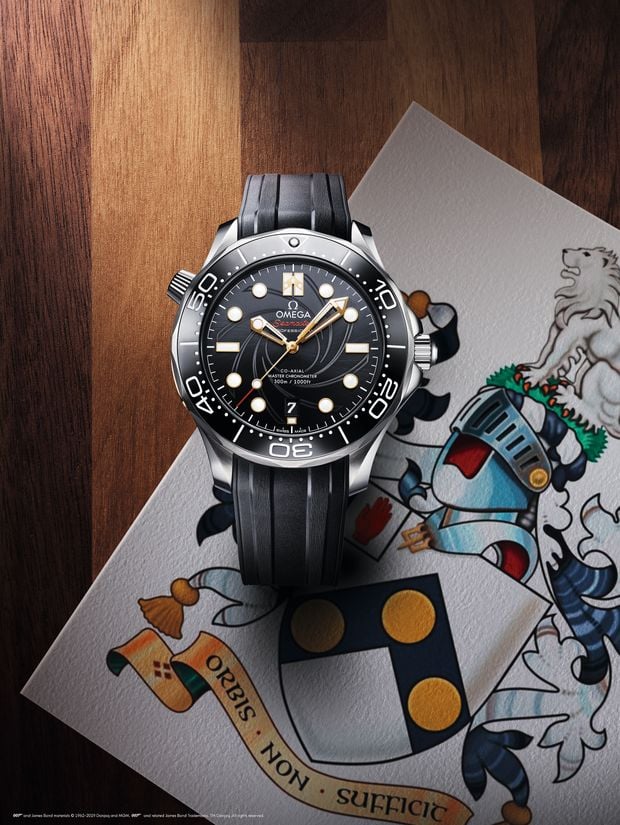 Onto the new James Bond watch: the Omega Seamaster Diver 300M is not frequently celebrated as Omega’s most attractive timepiece, but the new Bond watches may yet claim their place in horological history someday. Sized at 42mm and crafted in stainless steel, it’s limited to 7,007 pieces and features a black ceramic dial with a spiral-brushed gun barrel design in homage to the Bond movies’ opening credits. 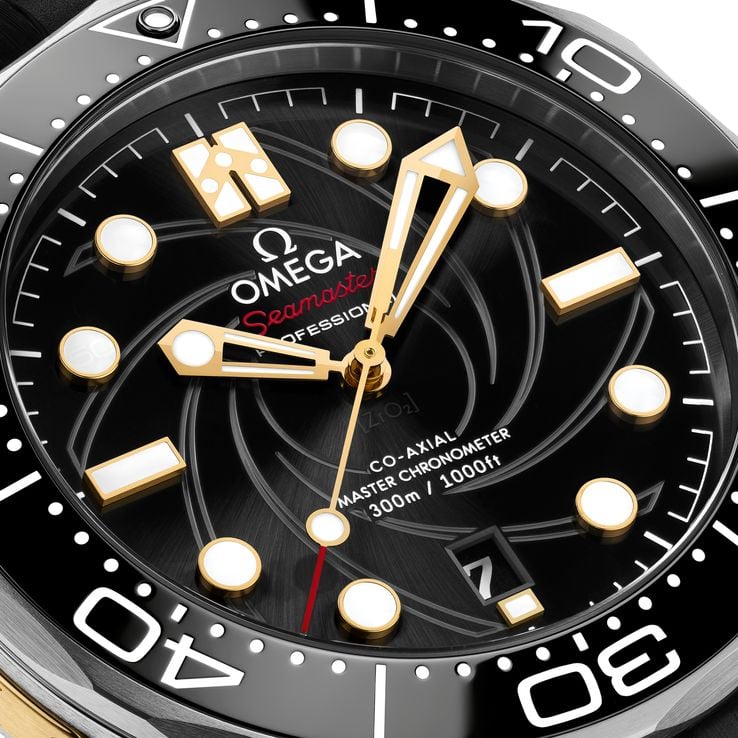 A slightly less understated touch is an 18K yellow gold plate on the side of the case at 9 o’clock that is engraved with the piece’s limited edition number. 18K yellow gold was also used on the hands and indexes, including the unique marker at 12 o’clock which was inspired by the Bond family coat-of-arms – a reference to Lazenby’s cover as a heraldic scholar in the movie. Another fairly subtle touch is the use the classic “007” font for the 7’s that appear in the date window at 6 o’clock. 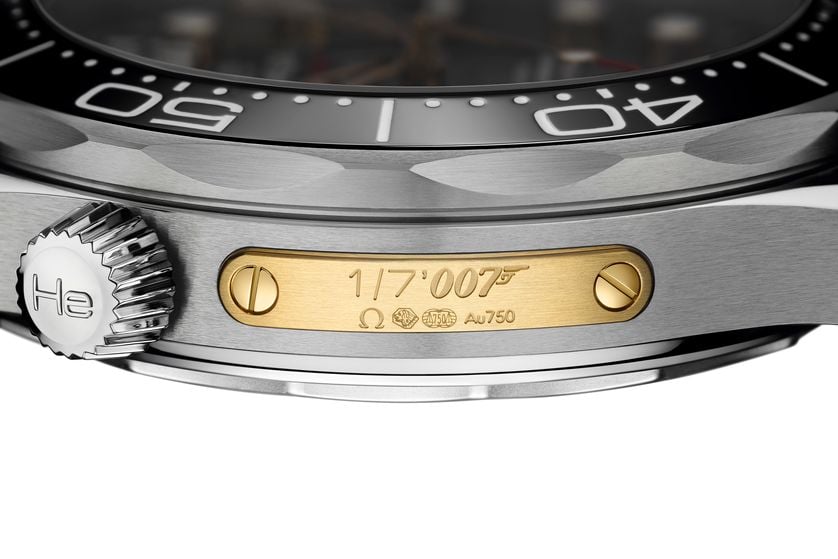 And most subtle of all is a “hidden” numeral ’50’ inside the 10 o’clock index which only appears in the dark as it is rendered in Super-LumiNova – a reference to the 50th anniversary of On Her Majesty’s Secret Service. The watch comes presented on a black rubber strap in a black box that is adorned with gun barrel patterns, gold 007 logos, and bullet-shaped buttons. Also included is a metal bracelet and a leather-trimmed travel case embossed with the Bond family coat of arms and the legend “We Have All The Time In The World” – a somewhat morbid reference to the film wherein Bond’s wife Tracy is murdered at the end. 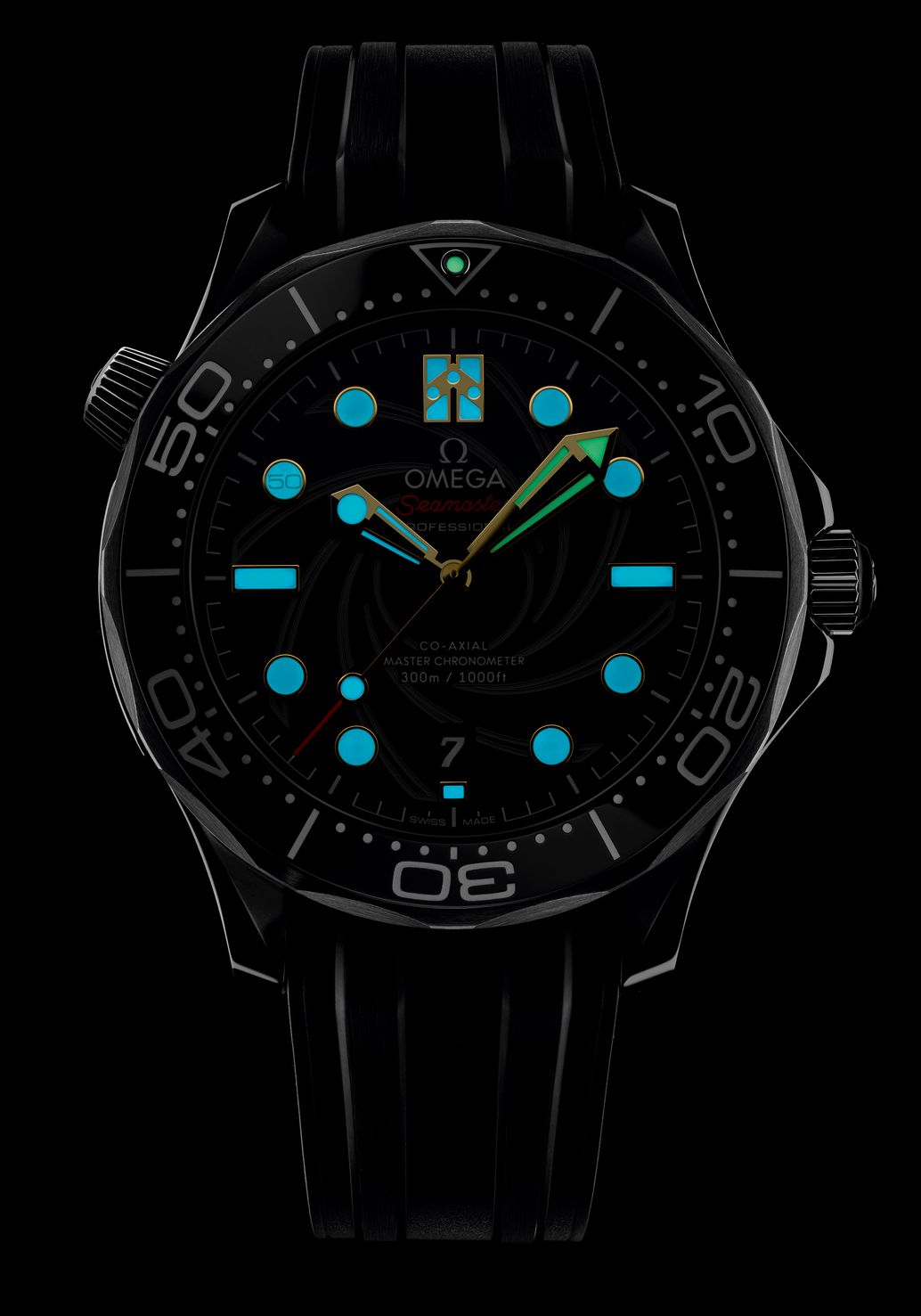 Omega President and CEO, Mr. Raynald Aeschlimann calls the watch “A fitting tribute to a classic Bond film and one of cinema’s most iconic characters. This extraordinary watch is elegant, full of surprises, and sure to be extremely popular with collectors and fans of the character, due to its many Bond-related features.” We shall see. 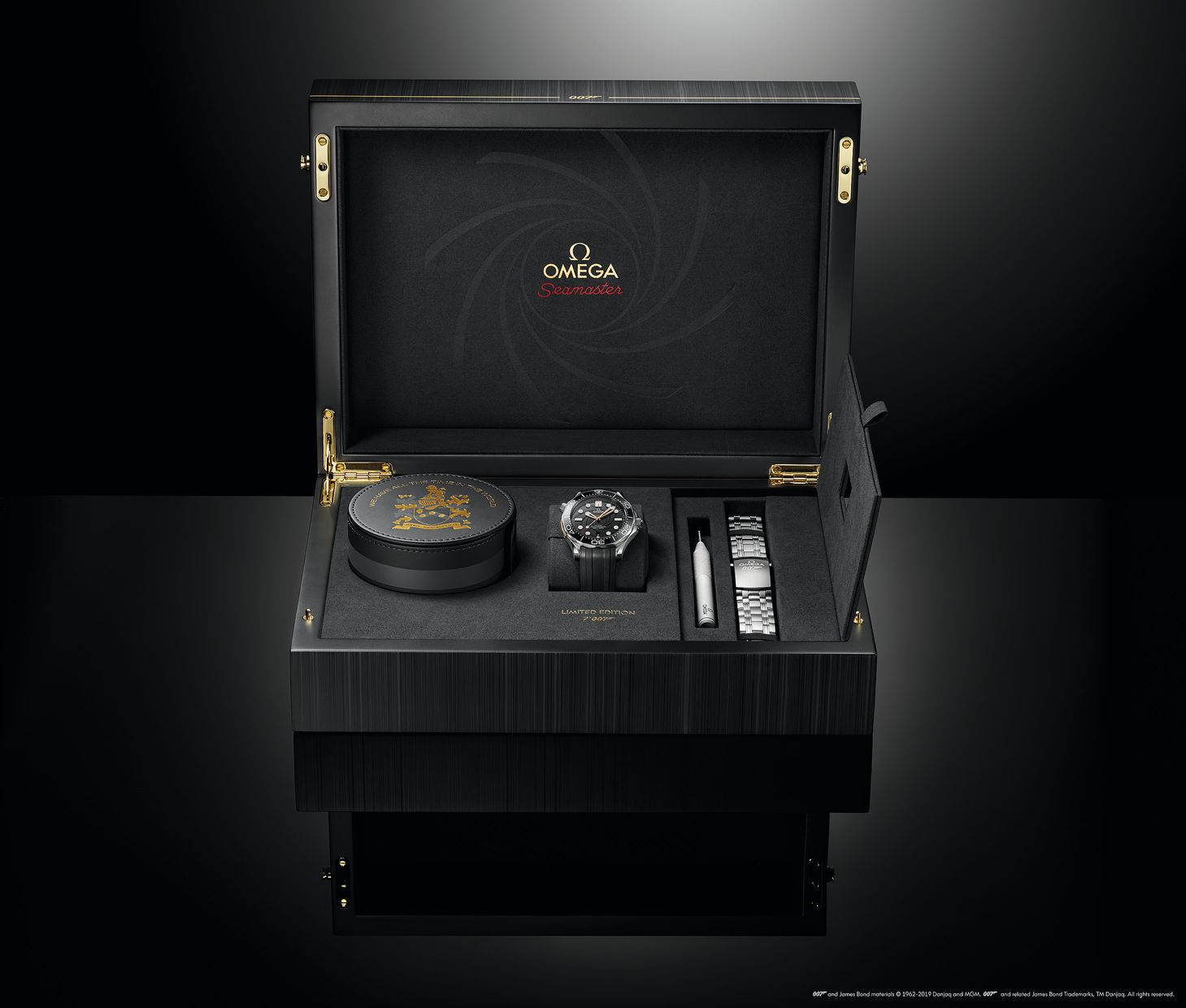