8 Rolex Tennis Ambassadors To Play The Courts At Wimbledon

The countdown to the world’s oldest tennis championship has begun

Tennis fans from around the globe will soon set their sights on the legendary grass courts at The Championships, Wimbledon. Not only the oldest championship in tennis, but also the most prestigious, this year’s edition of Wimbledon will take place from June 27 – July 10, 2016. 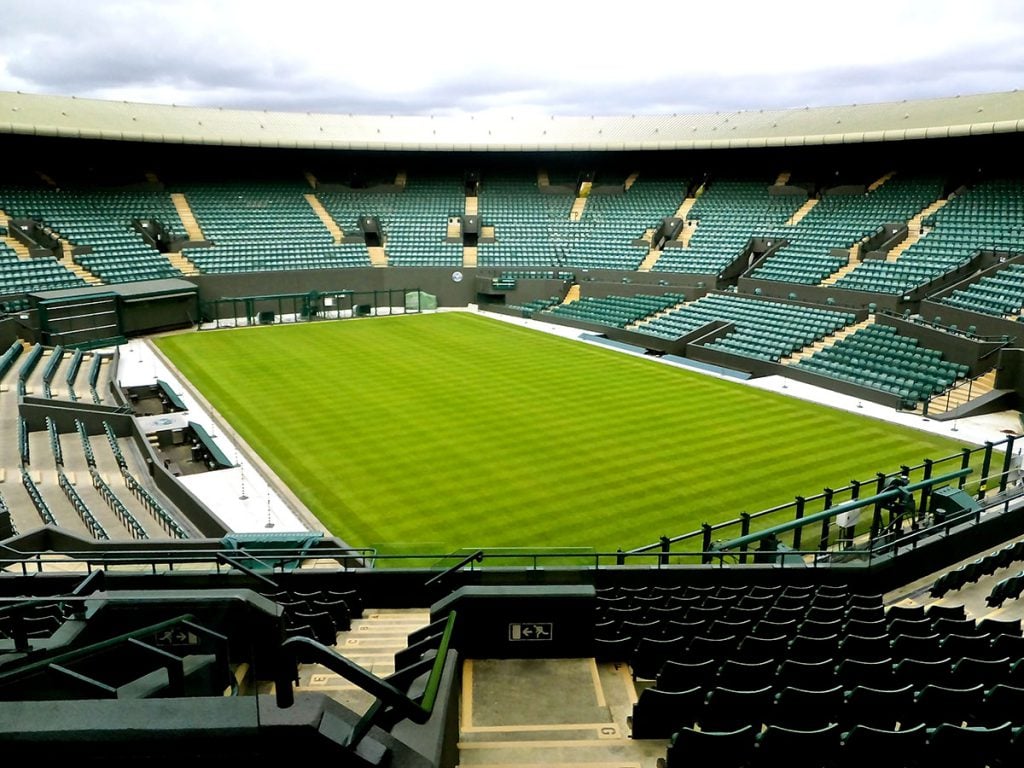 This will be the 39th year that Rolex is designated as the Official Timekeeper of The Championships, Wimbledon and the partnership between the two esteemed brands is a perfect match. Both entities are at the top of their game in their respective industries with Rolex and Wimbledon synonymous with prestige and excellence. The Rolex clocks can be found throughout the grounds at Wimbledon keeping not only local London time, but also showing the time across the world’s major cities including New York, Rio de Janeiro, San Francisco, Shanghai, Tokyo, and Melbourne. 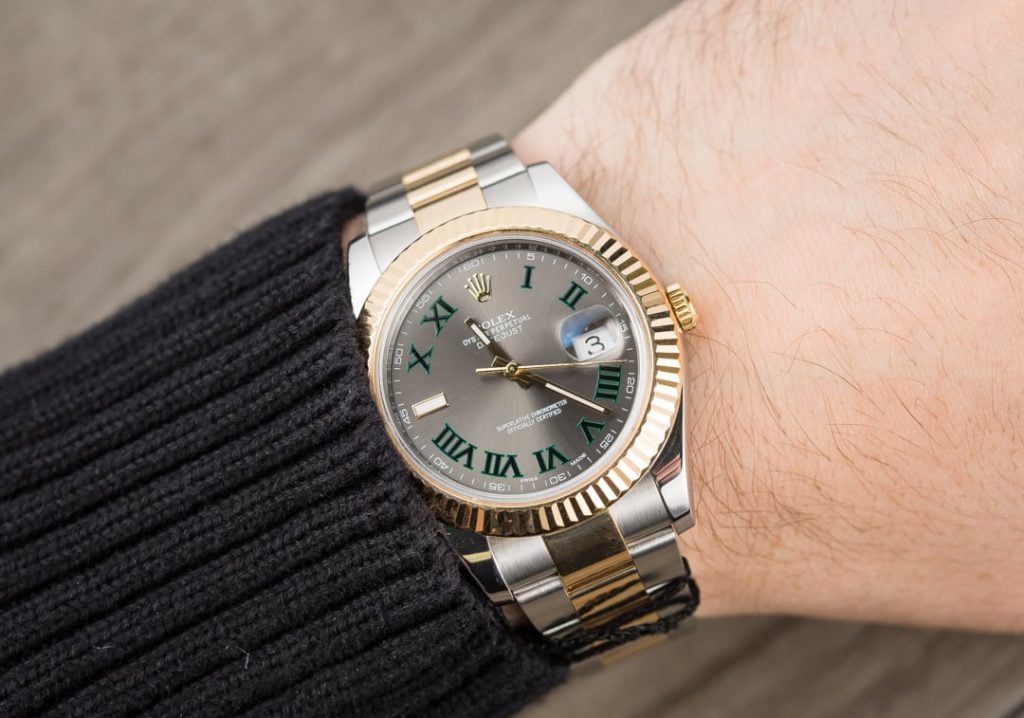 The Rolex Datejust II ref. 116333 with the “Wimbledon” dial is a great example of how to flawlessly combine tradition and innovation – much like the Wimbledon tournament and Rolex the watchmaker do. As part of the Datejust II collection, the 41mm size of Rolex ref. 116333 Wimbledon watch is contemporary and it boasts cutting-edge Rolex technology within the COSC-certified Caliber 3136. It does however proudly bear very traditional Rolex design hallmarks such as the gold fluted bezel, Roman numerals, and the Cyclops lens. The presence of the color green on the luxury timepiece is in honor of both Rolex and Wimbledon. 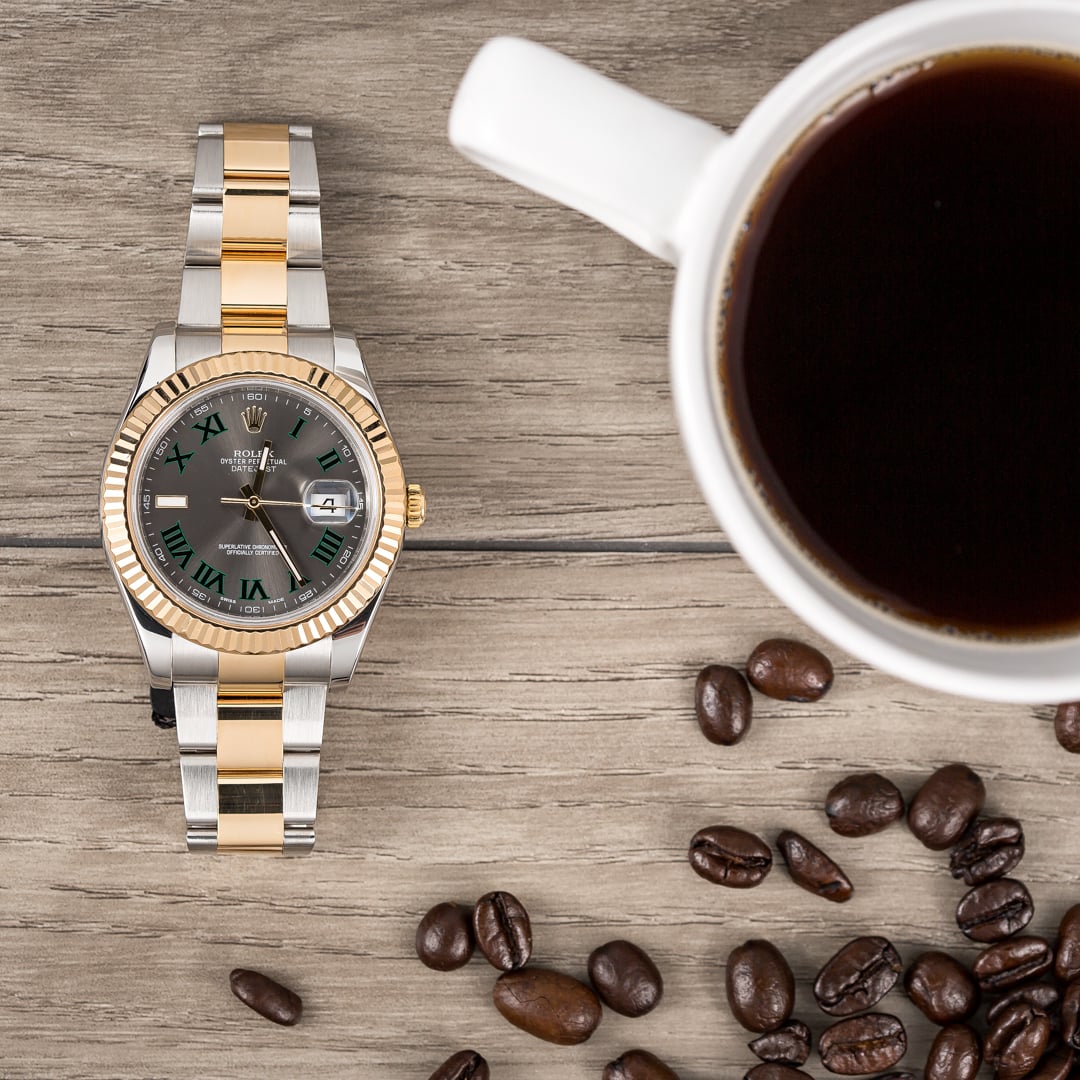 The green on the Rolex Datejust II ref. 116333 “Wimbledon” resembles the tennis courts of Wimbledon.

About 500,000 spectators are estimated to watch the action live at the Wimbledon arena over the two weeks of exciting competition with millions more around the world tuning in to cheer on their favorite players. Beloved player and Rolex ambassador, Federer will naturally have his army of fans behind him rooting for the Swiss champ to win his eighth Wimbledon title. Just like the Wimbledon Datejust, there will be plenty of intricacies that we may not notice. 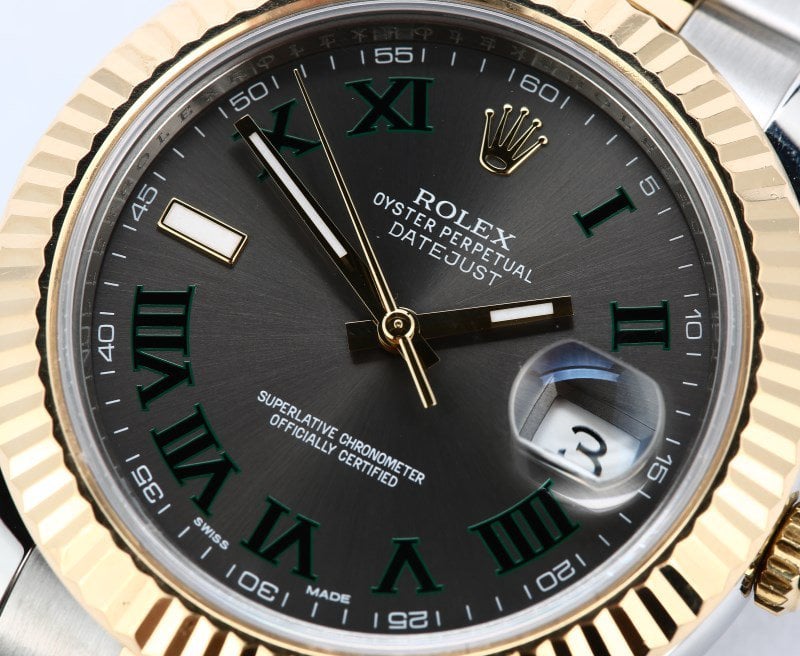 The Rolex Datejust is a two-tone timepiece.

Commenting on his history at the legendary competition, Federer said, “Wimbledon is the temple of tennis, it’s an institution and it represents everything the sport stands for. Words can’t describe how I felt when I stood on the Centre Court grass in 2012 holding my seventh Wimbledon trophy.” He further added, “For me Wimbledon is perfection. I love everything the tournament does, whether it’s the ivy on the wall or the perfect cut grass — it just all makes sense to me.”

When Monday signals the start of The Championships, we’ll be rooting for the eight players who’ve chosen to sport the best name in luxury watches — Rolex.