As if it wasn’t enough to be one of the world’s best athletes, and arguably the best tennis player — man or woman — in history, Serena Williams is a style icon, too. On and off the court Serena turns heads, leaving everyone in her wake in awe of her power and beauty.

It comes as no surprise then that some of the world’s top brands want to work with her. Famed holongerie Audemars Piguet was one of the lucky few to secure a partnership with her, and since, they’ve both propelled each other further into the limelight.

Over the years, the tennis player has sported a few of the brands best watches, become the face for the Royal Oak Offshore Chronograph, and pulled off the fashion-forward Diamond Outrage. Let’s take a look. 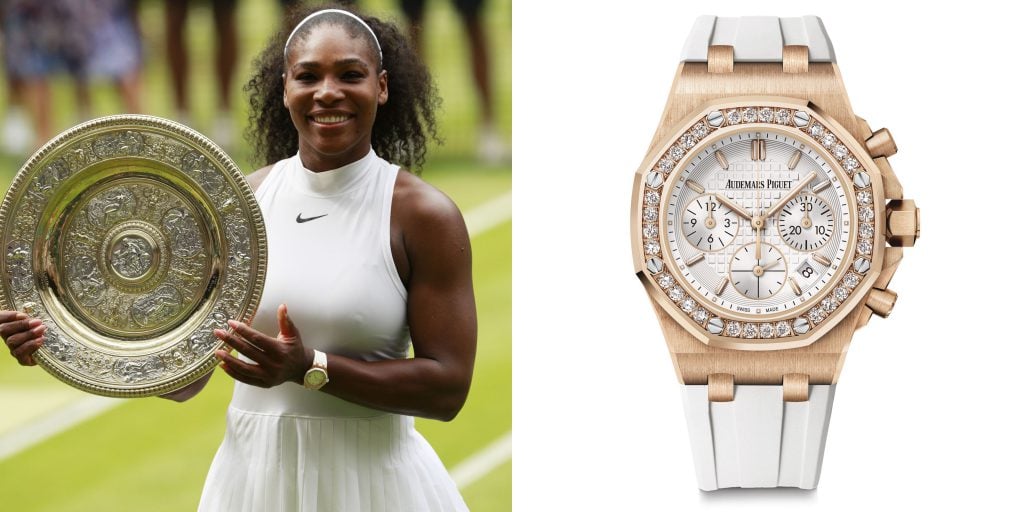 It’s hard to keep your eyes off her while she plays, but the sparkle of 32 brilliant-cut diamonds might distract even the most faithful fan. What we love about this watch too is the mix of opulence and sporty flare, as the diamonds and rose gold are a wonderfully fun juxtaposition to a white-rubber bracelet. She wore this one during the Open in 2016 and won.

Like the Royal Oak Offshore, Serena’s Millenary is outfitted in rose gold and encrusted with diamonds. But, the similarities pretty much end there. The face of the Millenary is exquisite, with a mother-of-pearl face alongside shimmering rose gold Roman numerals and hands. The clock itself is also skewed off to the right with the numerals whimsically graduating in size. The rest of the face looks three-dimensional, giving you a peek into some of the moving parts and featuring quite literally some of the nuts and bolts of the watch itself. 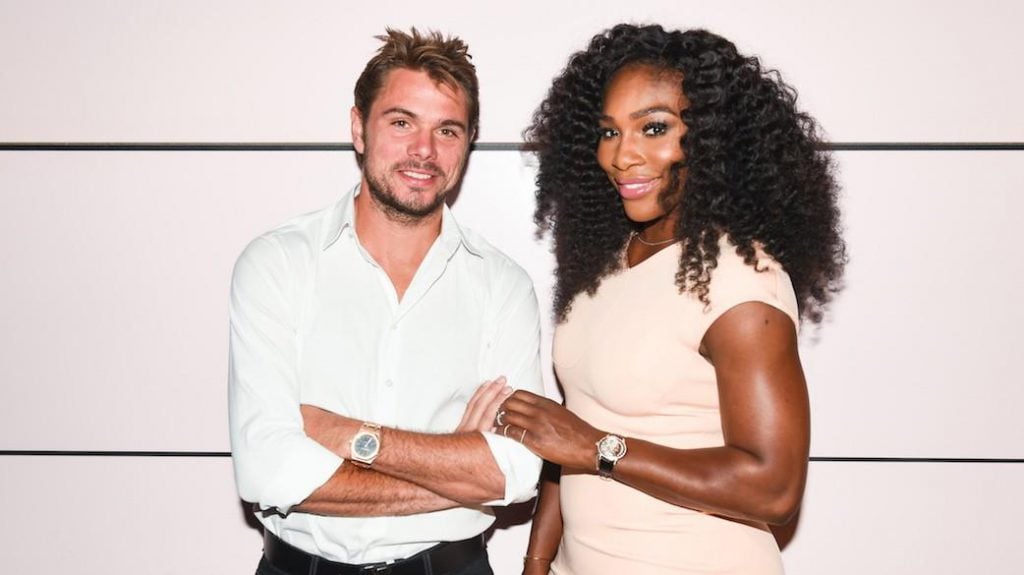 The strap is a pearl-white alligator strap, of course, with a matching rose gold pin buckle. The 19 jewel hand-wound watch is without a doubt a unique timepiece, and we can see why the tennis star would want to wear it while playing. Did we mention she wore this watch when she won the open in 2017? 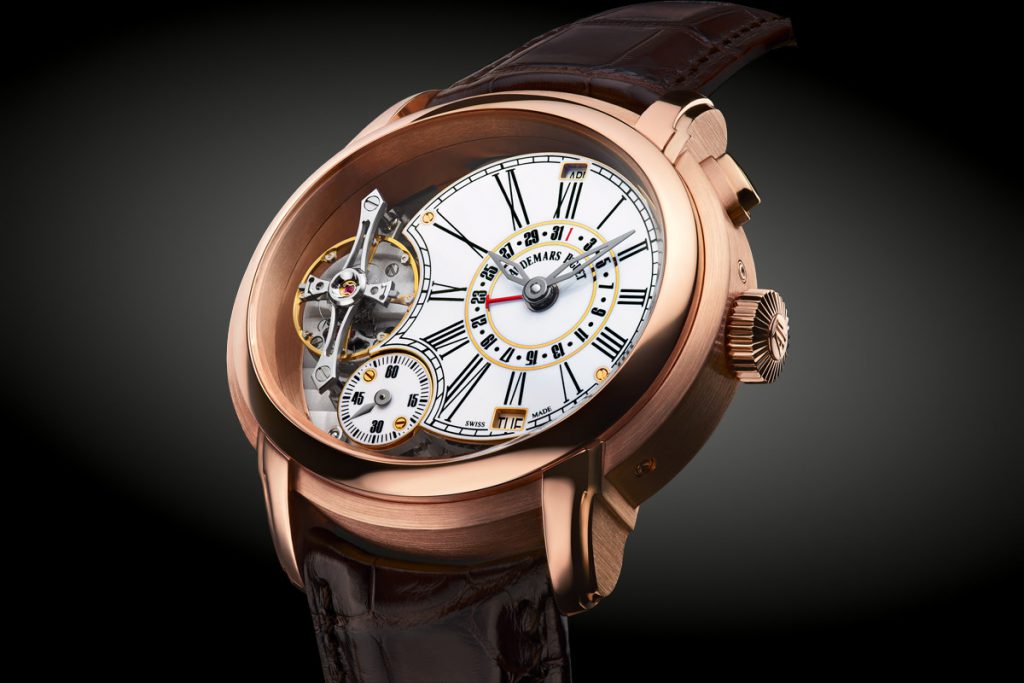 At first glance, you wouldn’t even know the Diamond Outrage is a timepiece. Encrusted with 65 carats of diamonds around graduating, but mostly large, spikes, this bracelet has serious wow-factor. The larger spikes, which range from 39-40mm in height, were designed to evoke the icicles that drip from buildings in the watchmakers hometown in Vallee d’ Joux. Distracted by the bling and shape, it’s easy to forget to lift up one of the bigger spike to reveal the actual timepiece. 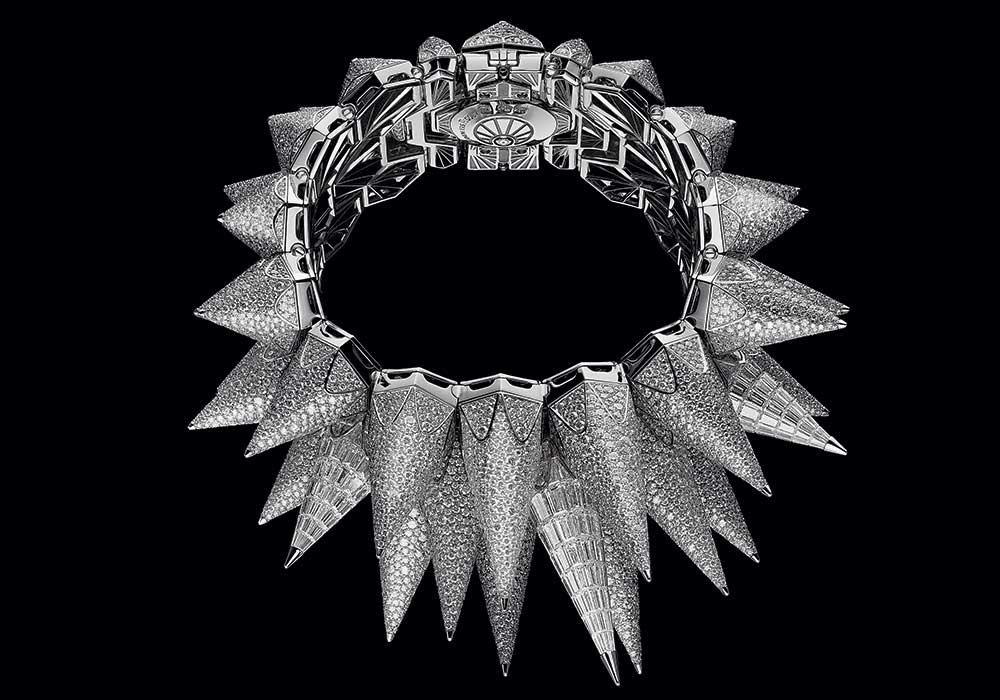 The Audemars Piguet Diamond Outrage is, believe it or not, a watch

Just looking at this timepiece it’s clear there are few people who could pull it off, and Serena Williams did it with sheer elegance at the Met Gala in 2017. It’s clear this woman knows how to pull of watches on and off the court perfectly.

As for the Diamond Outrage, this is a one of a kind piece, made to order, and will cost you north of $1-million. You can also request the timepiece in sapphires instead of diamonds, if you prefer.