On this Memorial Day weekend, we examine the connection between Rolex and the military. Find out why this Swiss brand has such strong ties to the military, both at home and beyond. 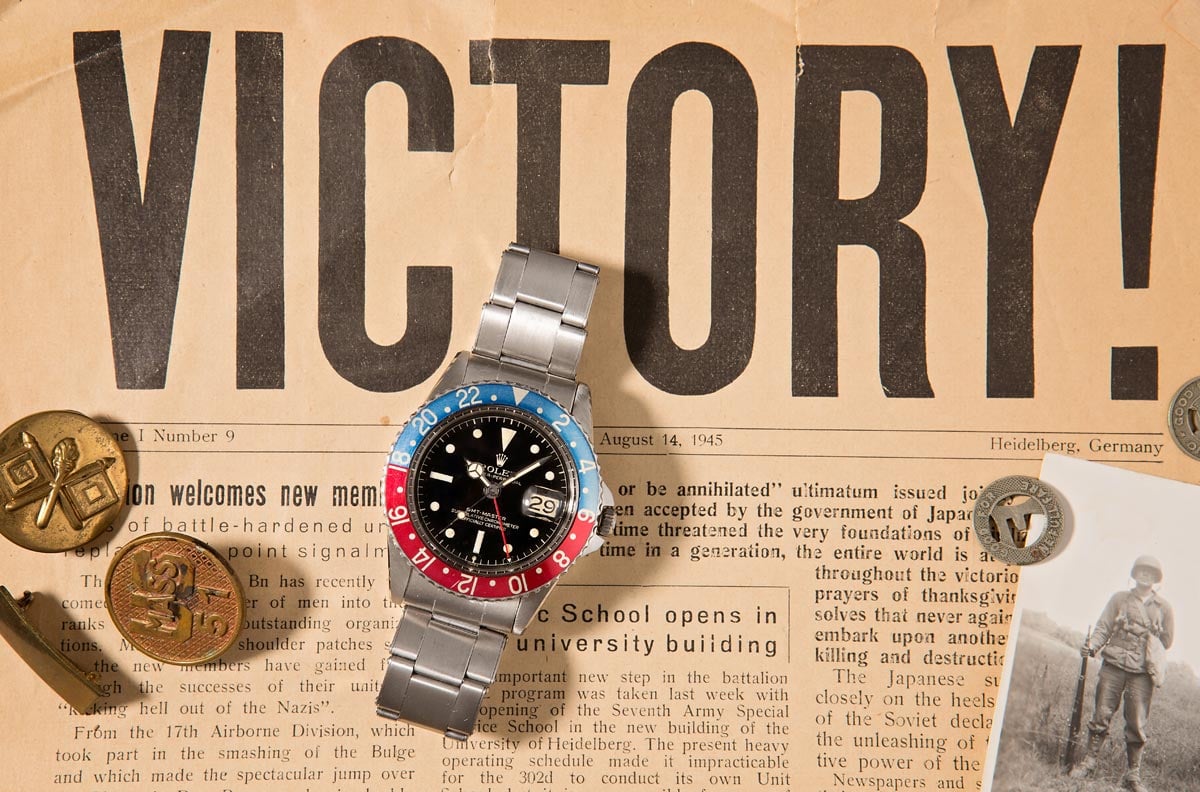 Many of us know about the watchmaker’s connections with military establishments around the world.

As fans of Rolex, many of us know about the watchmaker’s connections with military establishments around the world. There is, of course, the Milsub for the British Ministry of Defense (MOD), the Turn-O-Graph for the U.S. Air Force’s Thunderbird aerobatic squadron, and the Daytona for the Peruvian Air Force, better known as Fuerza Aérea del Perú (FAP). 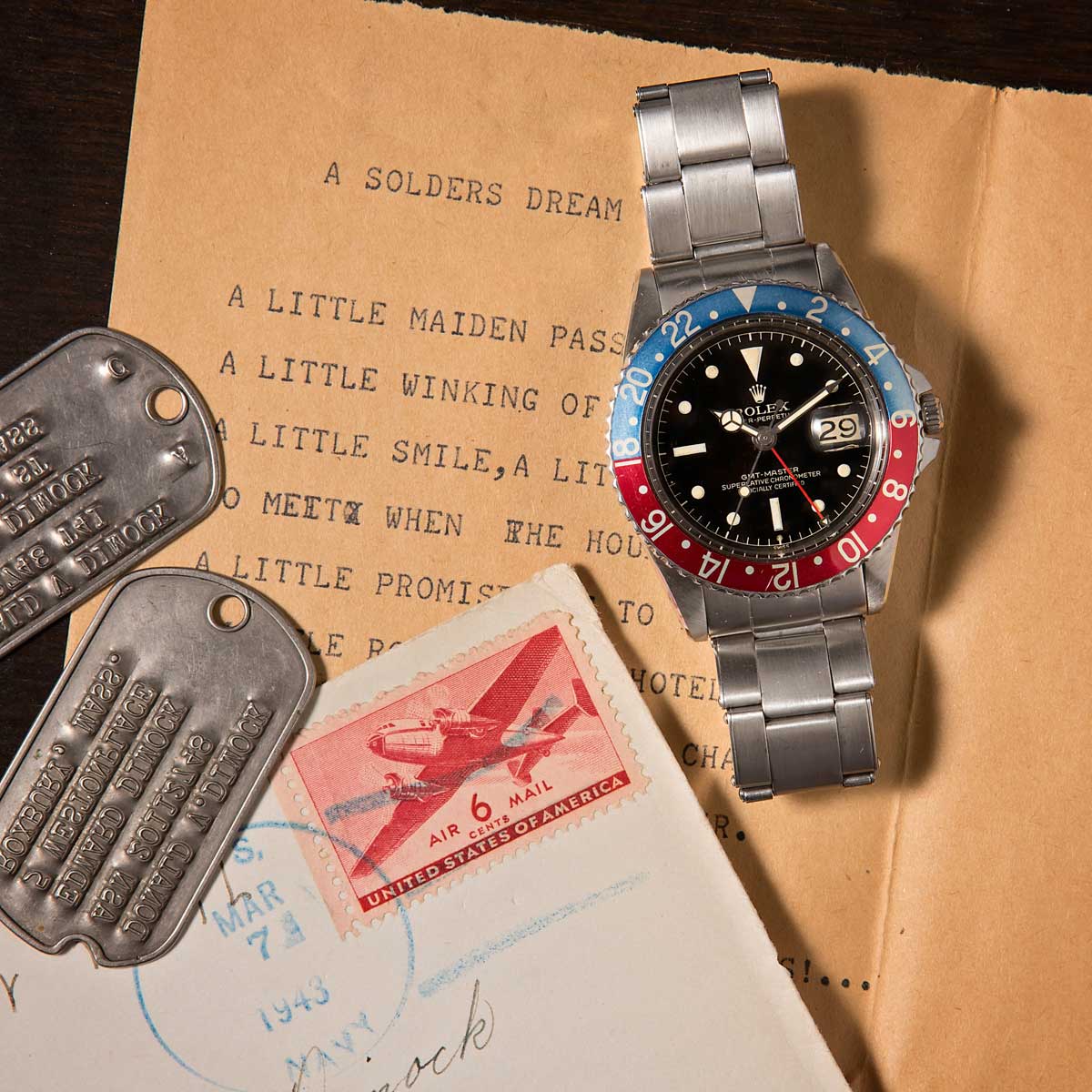 The GMT-Master is a perfect watch for a pilot.

For those who collect Rolex watches, particularly vintage ones, military editions are very much in demand.

However, aside from Rolex watches that were officially issued to (or gifted to) military personnel, there are plenty of those who serve that choose to wear Rolex watches—either on or off duty. In fact, here at Bob’s Watches, we see plenty of Rolex watches that come through our doors that belong to current servicemen and servicewomen, in addition to veterans. As their everyday companions, these Rolex watches have traveled the world with their owners while on active duty. Remember, while many Rolex watches are ultra luxurious, there are the tough Rolex tool watches too. 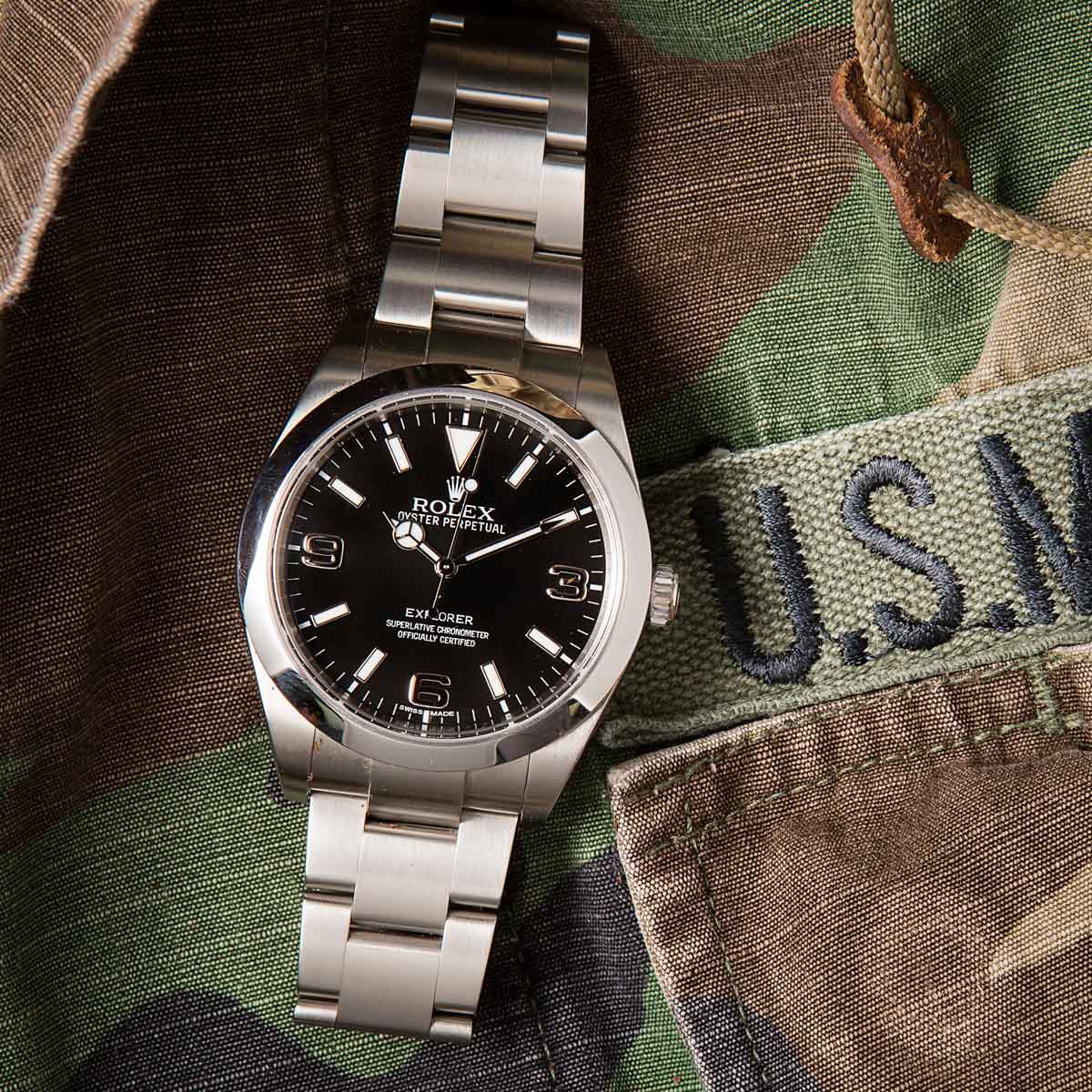 Rolex watches that were officially issued to (or gifted to) military personnel were common.

Up until the early 2000s, Rolex watches were available for sale at many US Military overseas exchanges. The watches were significantly less expensive than those at official Rolex boutiques. These prices, along with no sales tax, permitted a lot of military personnel to buy themselves a Rolex watch. Now there’s an awesome job perk! Unfortunately, however, this is no longer the case and Rolex watches aren’t currently available at Military exchanges. 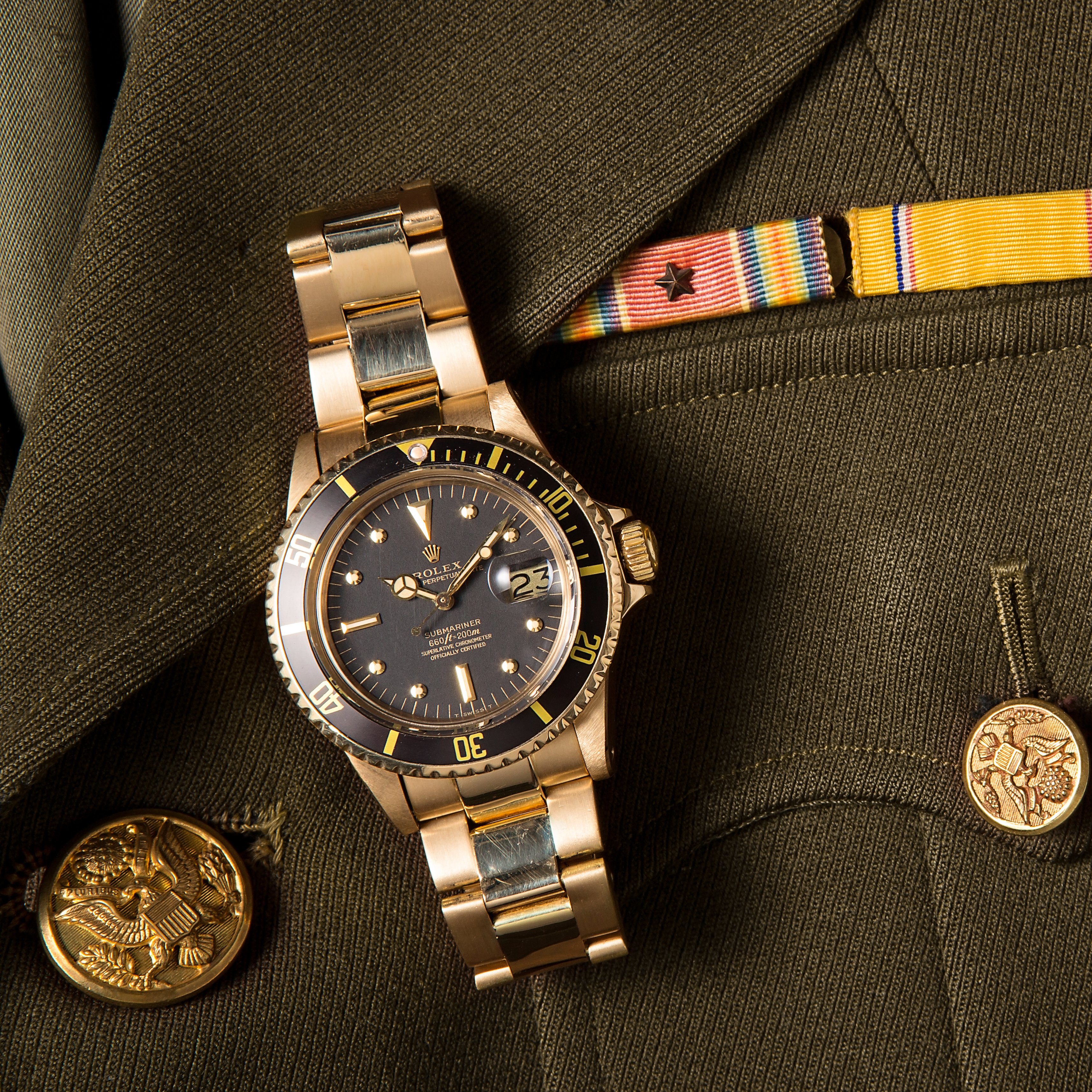 Up until the early 2000s, Rolex watches were available for sale at many US Military overseas exchanges.

It’s no surprise that Submariner and GMT-Master models are particularly popular with US military personnel. Both models were born as robust tool watches that serve a purpose. Unveiled in 1953, the Submariner is Rolex’s iconic diver’s watch that became indispensable for scuba divers of the era. The GMT-Master on the other hand, centers around the need of pilots. Two years after the Submariner, in 1955, Rolex launched the GMT-Master, thus, allowing Pan Am pilots to follow two time zones. Although the GMT-Master was originally conceived for commercial pilots, it quickly became desired in other circles too—including military pilots. 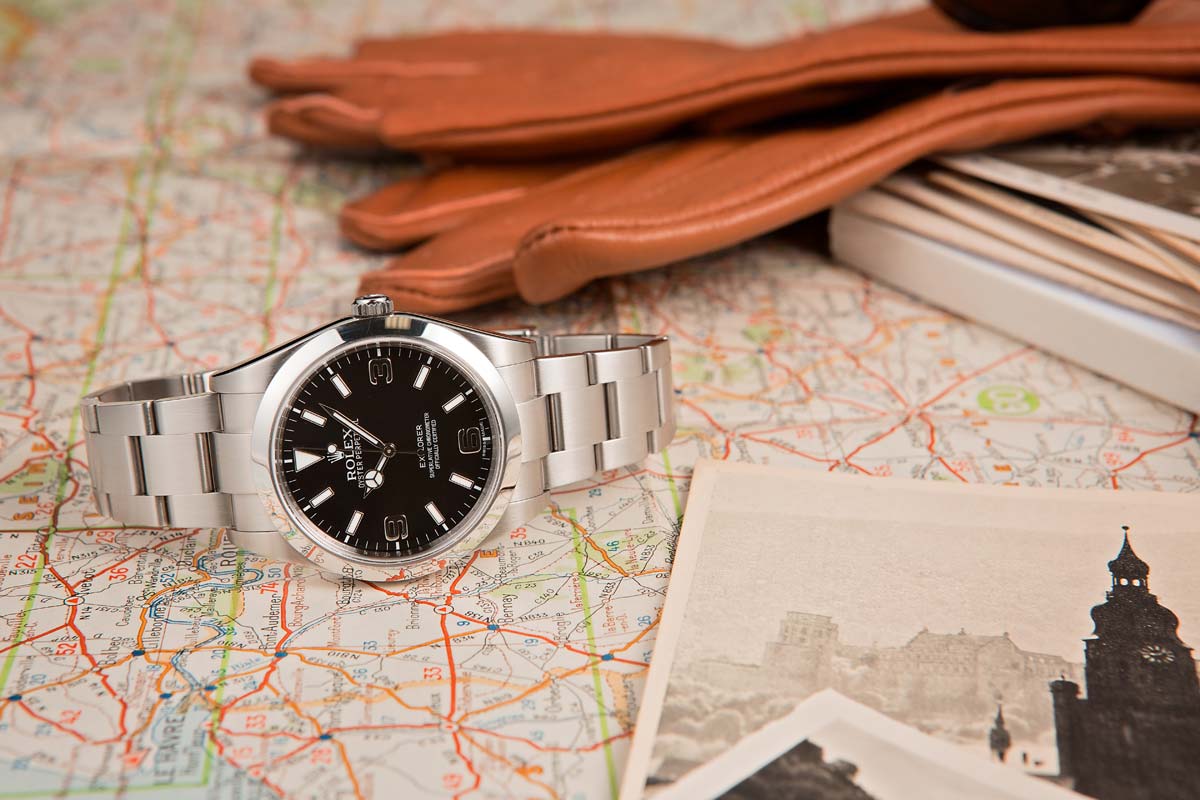 Whether vintage or modern Rolex was a huge part of the military.

Perhaps not immediately evident, but the Explorer is another Rolex model that’s prevalent in the military. But once you consider its subtle straightforward style, rugged stainless steel construction, legible dial, and bright lume, it’s easy to understand why. The Explorer is a reliable and steadfast Rolex watch that gets the job done.

With Memorial Day around the corner, we’d like to take a moment to thank all of those who have served our country and for all the sacrifices that have been made. On behalf of everyone here at Bob’s Watches, thank you. Wishing everyone a safe and happy Memorial Day weekend!

2 Responses to “Military Time: Rolex and the Armed Forces”