Back in January of 2019, Omega announced that it would be bringing the legendary Caliber 321 movement back into production. For those of you unfamiliar with Omega watches, and more specifically Omega Speedmaster history, the Caliber 321 was the original movement used to power the Speedmaster, and was the movement fitted to the original NASA-certified models, along with being the movement used to power the models that first went to the moon.

Then in July of 2019, in celebration of the 50th Anniversary of the first moon landing, Omega announced that there would be an Omega Speedmaster Moonwatch with the newly-revived Caliber 321 movement. However, that piece was crafted in solid platinum, fitted with an onyx and meteorite dial, and accompanied by an official retail price of $59,400.

In January of 2020, Omega finally gave the public what it wanted and announced that there would be a non-limited edition Speedmaster with the Cal. 321 movement in stainless steel. Now, roughly 6 months after that announcement, the Omega Speedmaster Moonwatch 321 in stainless steel ref. 311.30.40.30.01.001 is finally available. 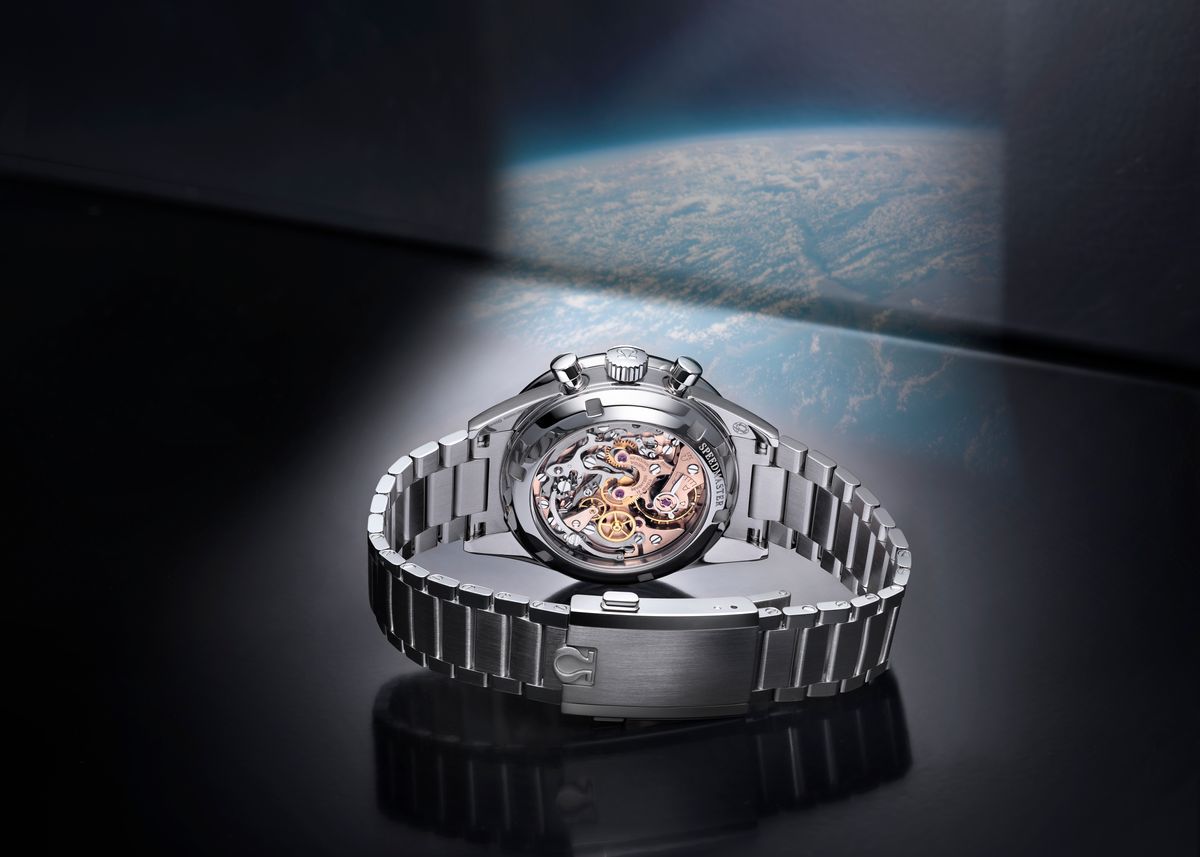 While Omega still produces a version of the original, manually-wound Speedmaster Moonwatch that is flight-certified by NASA, the greatest difference between the original models that traveled to the moon and their contemporary equivalents are the movements used to power them. The inaugural models were fitted with the Caliber 321, which was later replaced by the Cal. 861 and then later the Cal. 1861.

The greatest difference between the Caliber 321 and its later-era counterparts is that the Cal. 321 features a column-wheel actuated chronograph complication, while both the Cal. 861 and Cal 1861 are cam-actuated chronograph movements. The total number of Omega Speedmaster watches with Cal. 321 movements, including all of the different references, is significantly fewer than the number of Cal. 861 or 1861 Speedmaster watches, and it is these examples fitted with Cal. 321 movements that are among the most desirable vintage Omega watches in existence.

Omega’s announcement that it would be reviving the Caliber 321 movement was major news in the watch industry when word first got out in 2019. For over a year and a half, much of the watch collecting world was awaiting the return of a stainless steel Speedmaster powered by the legendary Cal. 321 movement, and now at long last, that very watch is now available.

For more information on the revival of the Omega Caliber 321 movement, be sure to check out our full article on it right here. 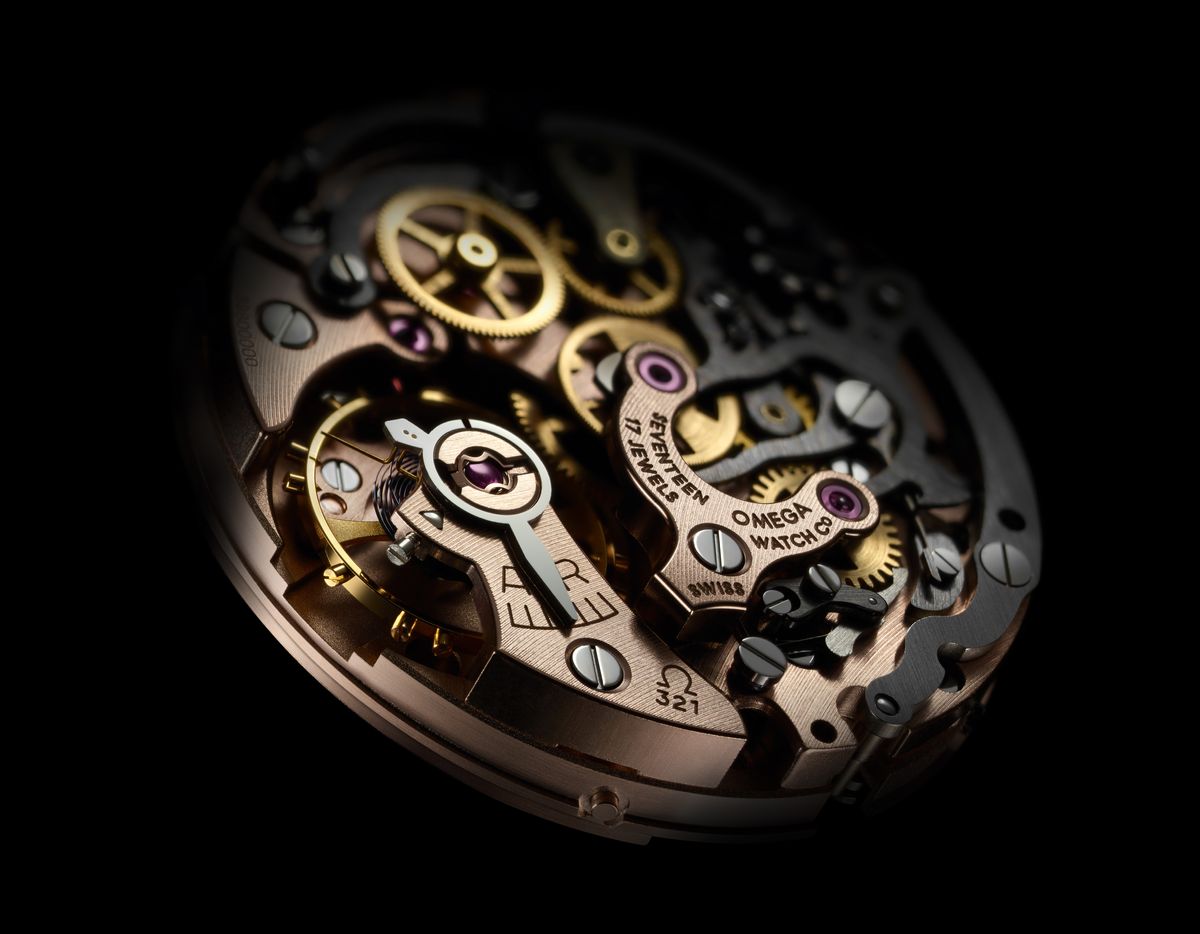 Although this watch was first announced back in January of 2020, it was unclear about exactly when it would be made available to the public. Priced at $14,100, the Omega Speedmaster Moonwatch 321 in stainless steel is positioned to compete toe-to-toe with the current stainless steel Rolex Daytona; however, the Speedmaster gets added points for having a movement that comes from the brand’s new, dedicated Cal. 321 workshop in Bienne, Switzerland.

Although the new Omega Speedmaster Moonwatch 321 Stainless Steel features a historic movement and has an overall aesthetic that is largely informed by vintage Speedmaster models from Omega’s past, the watch itself is a thoroughly modern creation. The 39.7mm stainless steel case draws its design inspiration from the 3rd generation style of Speedmaster watches that were worn during the first American spacewalk; however, it is fitted with a sapphire crystal and a display case-back to offer an unobstructed view of the recreated Cal. 321 movement within.

Both the dial and the bezel of the new Omega Speedmaster Moonwatch 321 Stainless Steel tell a similar story of vintage aesthetics paired with modern technologies and materials. The black step dial with applied Omega logo is reminiscent of vintage Speedmaster dials, but it features Super-LumiNova rather than tritium for its luminous material. Additionally, the watch’s signature tachymeter bezel features a period-correct ‘Dot-Over-Ninety’ styling, but it is constructed from black ceramic with a white enamel scale, rather than being anodized aluminum like on the original model from the 1960s. 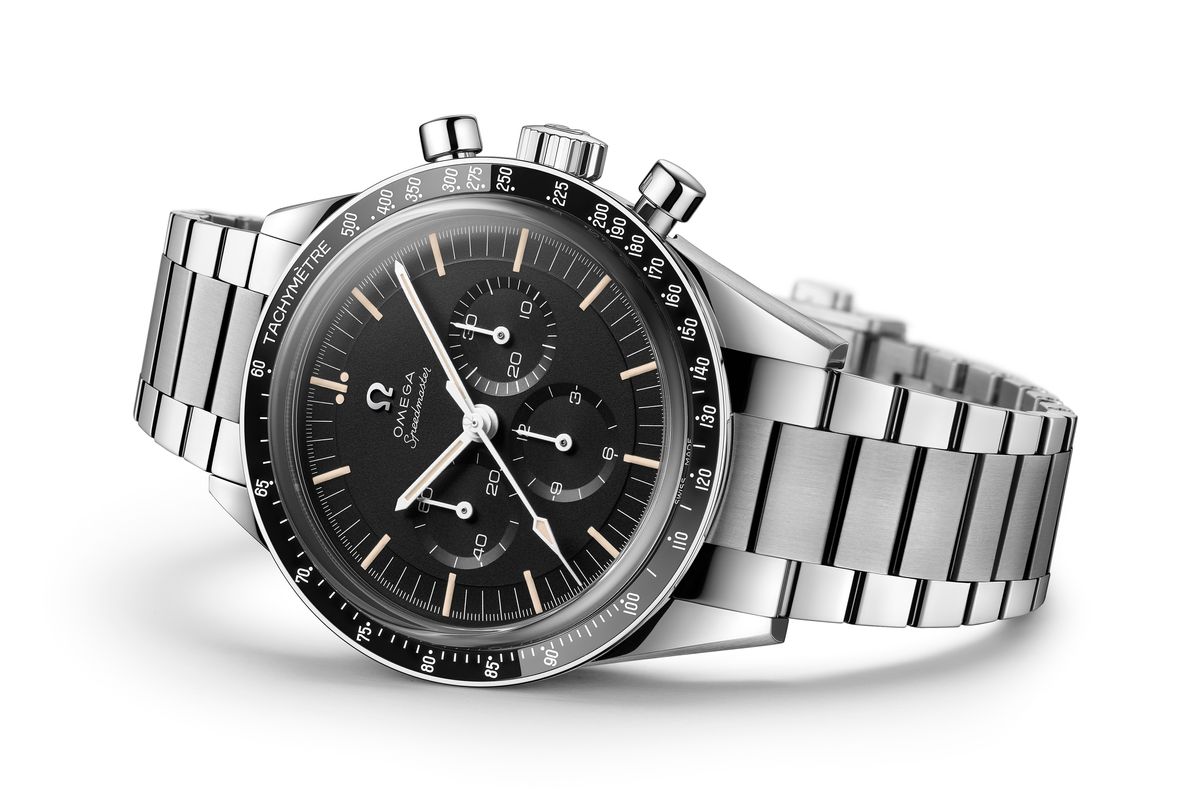 Despite the modern updates, Omega went to great lengths to faithfully recreate the Caliber 321 movements fitted to these watches. It reportedly took Omega’s team of expert watchmakers and historians more than two years to faithfully re-create the Caliber 321. Using astronaut Eugene “Gene” Cernan’s vintage Speedmaster ST 105.003 that he wore during the Apollo 17 mission in 1972, tomography (a digital scanning method) was used to ensure that the historic Cal. 321 movement was recreated to 100% historical accuracy.

Many collectors consider the Omega Speedmaster to be one of the most undervalued watches in the entire industry. Few other timepieces – from any manufacturer – can claim the same legendary pedigree as the Speedmaster, and to this day, the classic manually-wound Omega Speedmaster remains the only watch that is certified both for spaceflight and EVA (use outside of a spacecraft, i.e. spacewalks). Prices for vintage Omega Speedmaster watches have been increasing significantly in recent years; however, the new Omega Speedmaster Moonwatch 321 Stainless Steel represents an opportunity for collectors to add a Cal. 321 Speedmaster to their collection without having to hunt down an original vintage example. 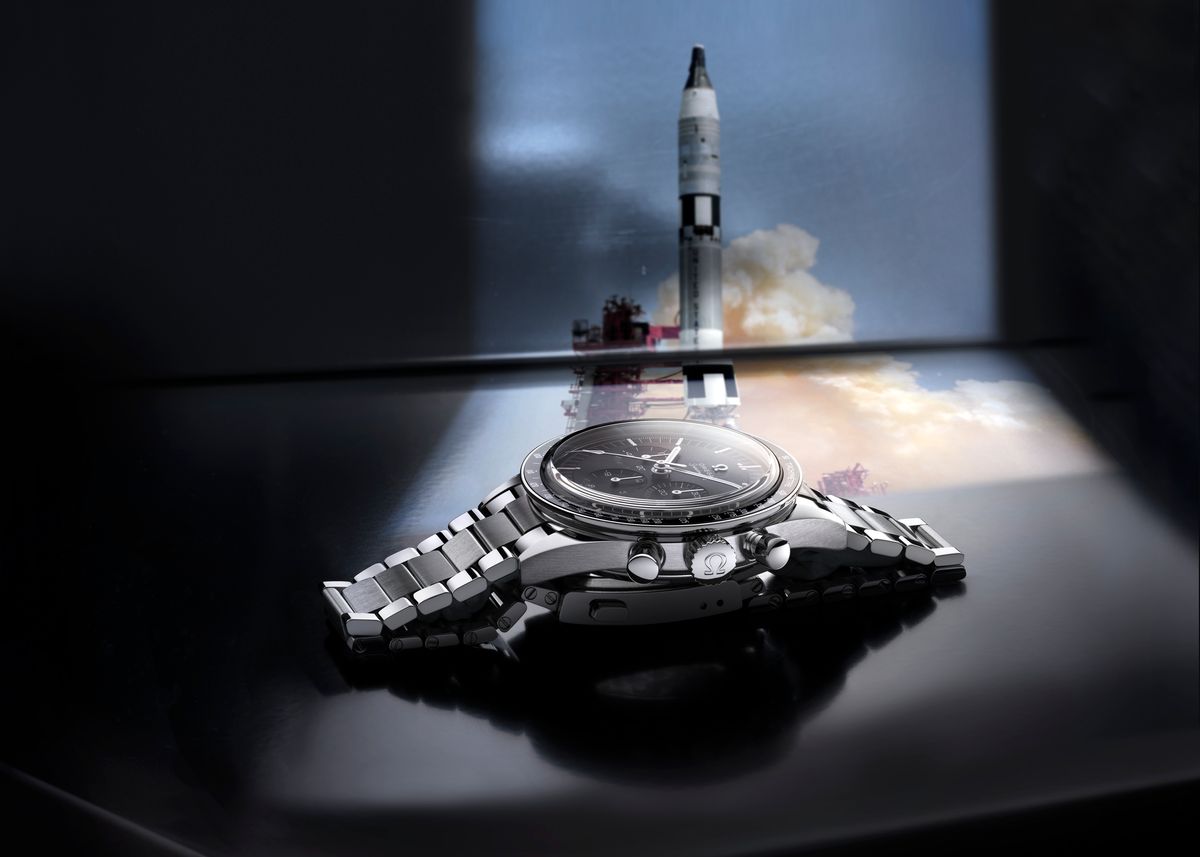