Of the many categories out there, world time watches will always have a warm place in my heart. Those in the room who deal with multiple time zones on the regular – in my case having contract work on opposing coasts in Australia, and good friends scattered through Switzerland and France – there’s a fantastic practicality about being able to glance down at your wrist and know whether you’re waking someone from a deep sleep or catching them on their lunch break. Beyond their practical applications, world time watches are inherently appealing on a visual level as well, sometimes featuring more artistic dial interpretations than those found on other practical complications. It’s a pretty broad market, but here’s a look at some personal favorite world time watches that are still a part of current collections out there. 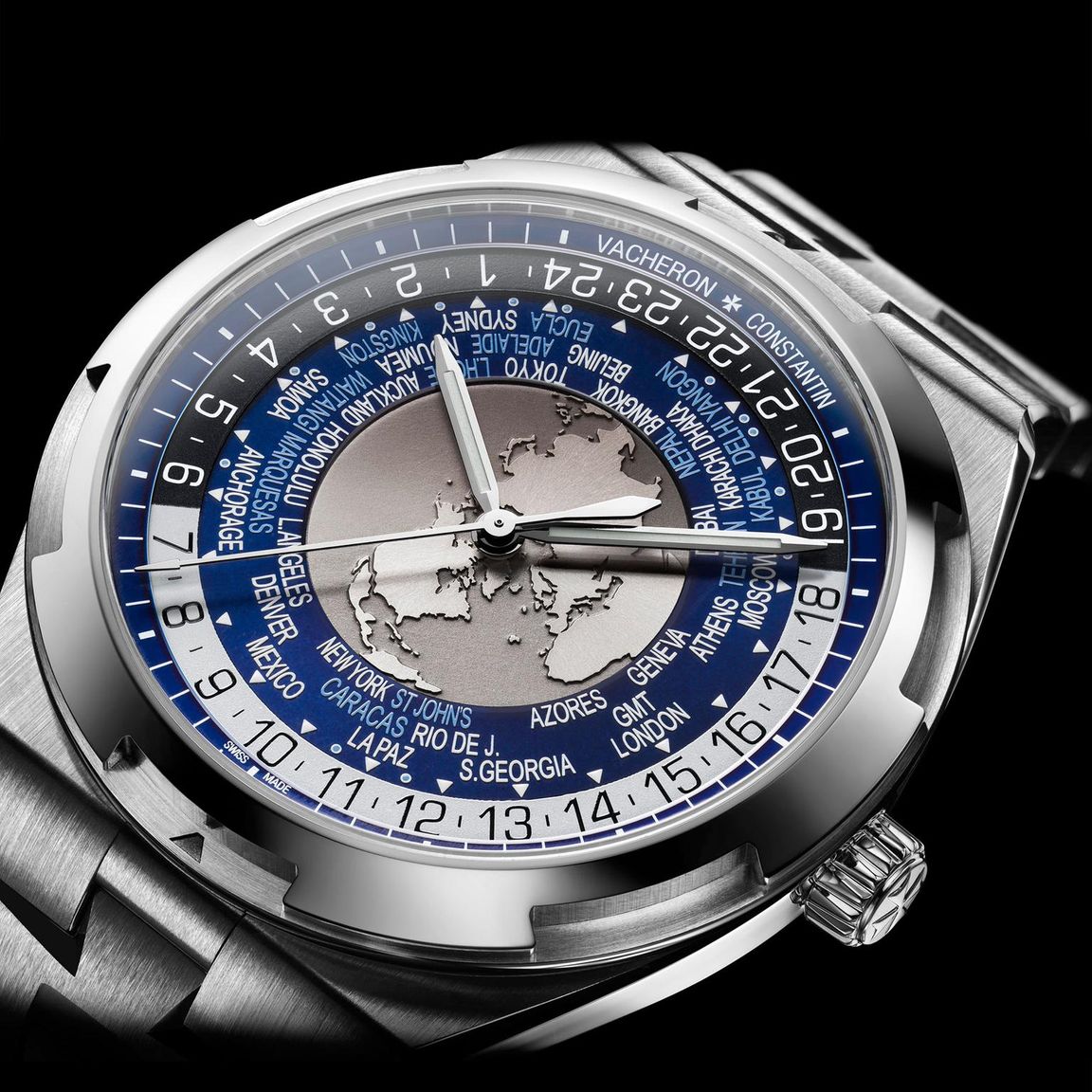 A world time complication can be implemented in a number of different ways (Image: Vacheron Constantin) 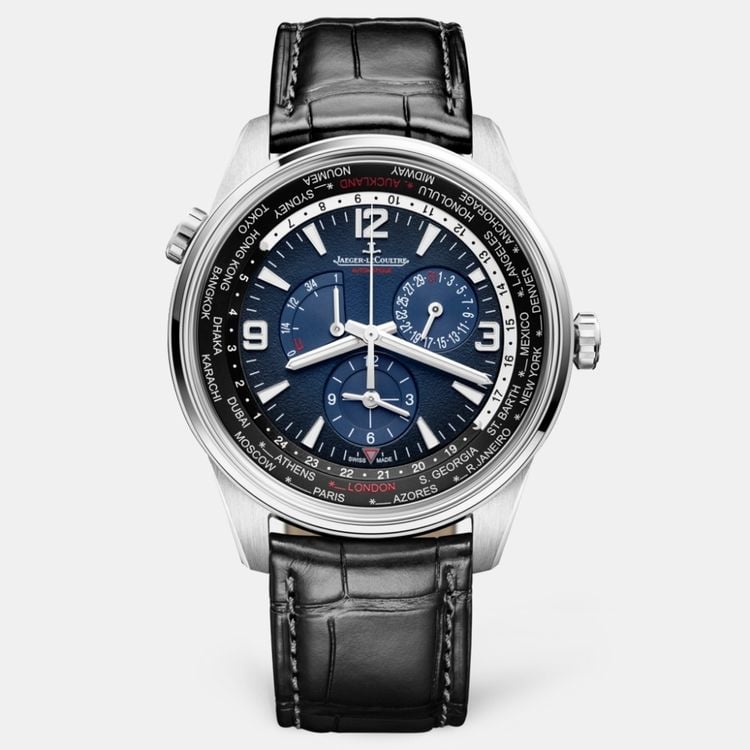 Last year’s home run from JLC at SIHH, the Polaris collection as a whole came incredibly well received; however this late 2018 addition to the line ticked just a few more boxes. Initially the world timer in the Polaris line came in the 44mm titanium chronograph, which is a real gem of a watch, though it’s a bit on the large side for those with slender wrists, and the odd 12h split that cuts across the dial is a bit detracting from its overall design. This version clocks in at 42mm, and includes a date, power reserve, second time zone, and 24h world time display in its compact steel casing. 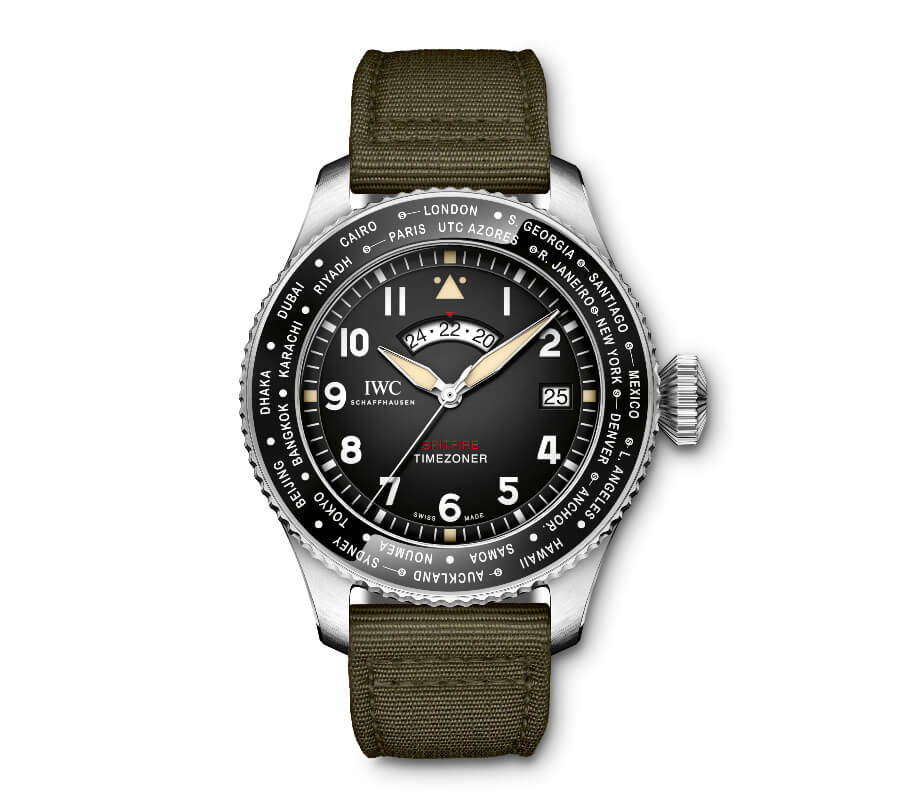 Only 250 examples of the new IWC Pilot’s Watch Timezoner Spitfire Edition will be manufactured, all of which will be craft from stainless steel (Image: IWC).

A recent addition to the IWC catalog, this guise having arrived at SIHH this year, the Timezoner is one of the more clever and practical options out there for rapidly swapping your local time if you’re frequently on the road. The in-house manufacture caliber (self winding and good for a power reserve of 60 hours) actually links to its bezel in order to perform quick-change setting of the time indicated on its hands and digitally via the window at 12 o’clock. The only difference between it and a conventional world timer is that to check the time in another country, you have to rotate the bezel until said country name is at 12, rather than catching the time at first glance. This guy is a fantastic candidate for those bigger wrists in the room as well, considering that its case measures 46mm across – like a proper pilot’s watch. 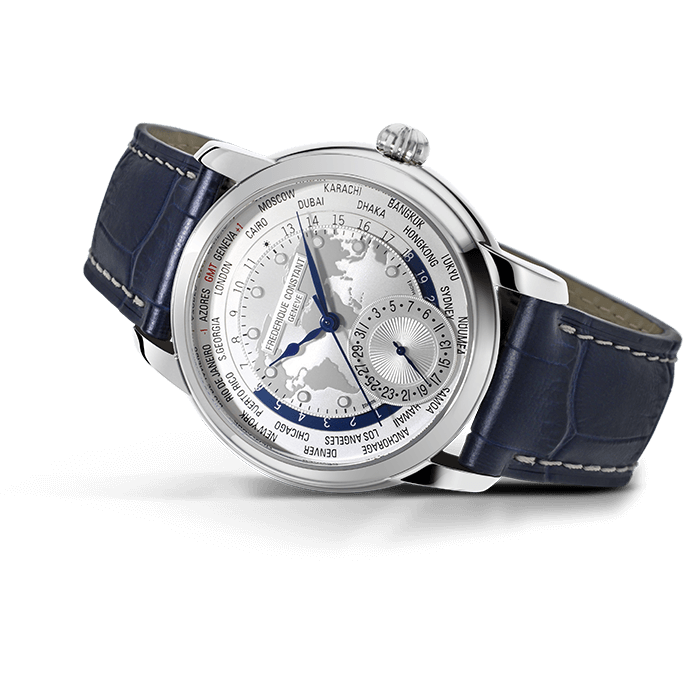 One of the things I’ve always loved about this brand is their consistent delivering of significant bang for your buck, and this couldn’t be more the case with their World Timer. Its dial is fantastic, its case size is reasonable (42mm, though a little bit thick at 12.1mm), and most notably it’s priced under $4k and comes with Frederique Constant’s in-house FC-718 movement. In the world timer category that’s a huge value, and because of what the brand stands for, you aren’t getting a cut-rate product either. Sure its finishing isn’t as glam as a JLC or a Patek, but it does the job elegantly at a much more palatable price point. 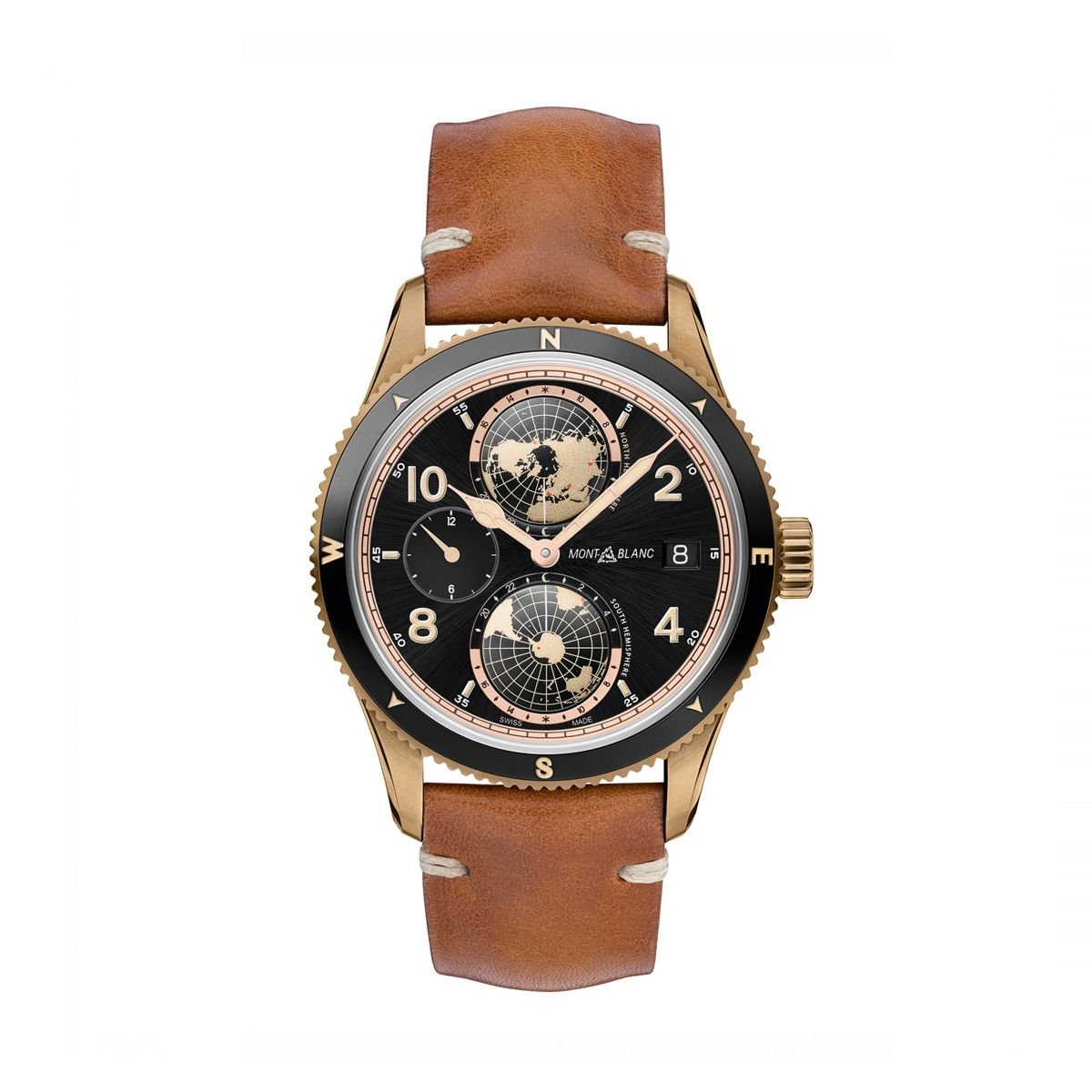 The stainless steel version of the Montblanc 1858 Geosphere is regular production model, while the bronze version is limited to 1858 pieces (Image: Montblanc).

Easily the “odd duck” of the pack, the Montblanc Geosphere mates a unique take on the world timer with a diver style case made of bronze, and to be frank, the package works exceptionally well together. I will say that its world time indication isn’t the most practical, as you need to know your world map well in order to count back from home time to the desired time zone you’re trying to reference; however unless you’re dead set on practicality and legibility, the packaging of this Montblanc easily makes up for its shortfall. They’ve only been out a year, but I can’t wait to come across a well-aged example that has had a chance to develop a patina. 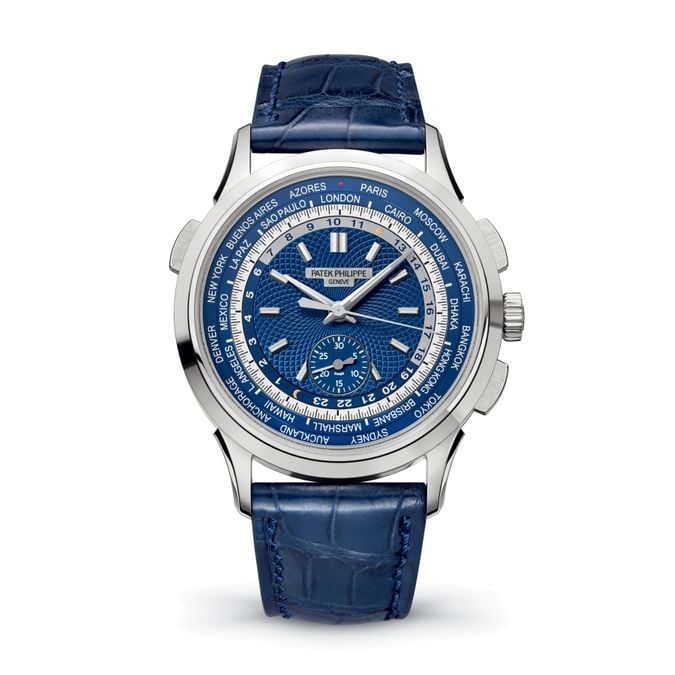 Pressing the button at 10 o’clock advances the time zone – which is indicated at 12 o’clock on the Patek Philippe 5930G World Time Chronograph (Image: Patek Philippe).

Of course the originators of the world time complication had to be in this list, though I opted for the chronograph variant that launched a few years back over the classic. This white gold gem is just a fantastic piece in person, and the fact that Patek was able to combine the two complications down into a watch measuring 39.5mm across and 12.86 thick makes it just that much more appealing. Sure, you could opt for the more classic enamel-dialed Patek world time models out there, but there’s something classic about the 5930G that makes it seem even more timeless than many other models in the brand’s repertoire.