It’s hardly news that the Rolex Daytona is one of the most valuable watch models out there. But when it comes to value, no two Daytona’s are alike. Much like any watch, there are a variety of factors that go into determining what one is worth – model, year of production, condition, uniqueness, and provenance. But when it comes to the Rolex Daytona in particular, it can be difficult to assess value if you don’t know what to look for. Because as you’ll see, there’s quite a difference between a $25k Rolex Daytona and one worth ten times that.

Over the decades, the Rolex Daytona has existed in three distinct generations. The first generation, which debuted in 1963, contains a number of different manually-wound references, including those fitted with the now-famous ‘Paul Newman’ dials. During these early years, the Daytona still wasn’t mainstream, but Newman’s seal of approval helped usher in a new era. The second generation debuted over two decades later in 1988, and is defined by its self-winding movement and sapphire crystal. Finally, there’s the third series, which began at the start of the millennium in 2000 and boasted (at long last) an in-house Rolex movement.

When looking at the 6239 and the 16528, the generation defines a huge portion of the value. The ref. 6239 isn’t just a Paul Newman Daytona – which makes it incredibly rare and elusive – it’s from the very early years of the Daytona’s history, which adds even more value. But while the 16528 is from the early years of the second generation, it has yet to reach that true ‘vintage’ status. So although the 16528 is certainly highly collectible because it is one of the Zenith Daytona references, it lies in this limbo between not quite modern and not quite decidedly vintage. 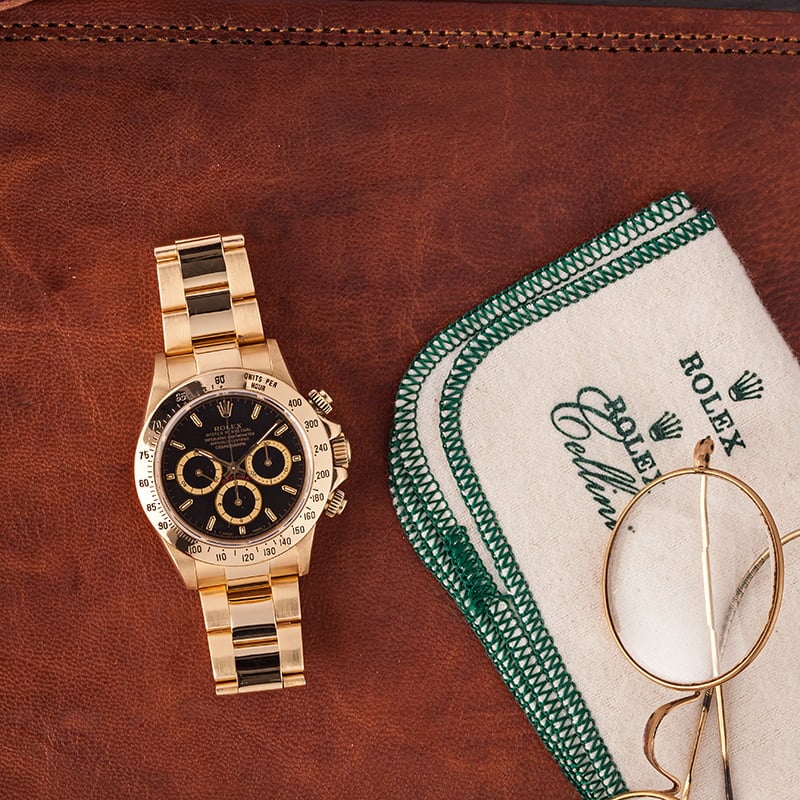 The impact that a watch has made on the industry and history as a whole greatly influences its market value. The Rolex Daytona is one of those rare watches that did both, becoming an industry icon and cultural phenomenon. So when we look at the two watches before us today, the 6239 and 16528, it’s clear that one has a more prominent place in the Daytona’s history.

The ref. 6239 isn’t just from the first generation, it is from the formative years that ushered in a new era of watchmaking and style. The ref. 16528, on the other hand, is still an absolute icon; however the second generation of Daytona watches doesn’t hold quite as high of a place in the history books as the first. However, its limited production run of just over 12 years has helped the second generation of Zenith Daytona watches reach near cult-status amongst collectors – and that’s what has helped propel its value north of $25k. 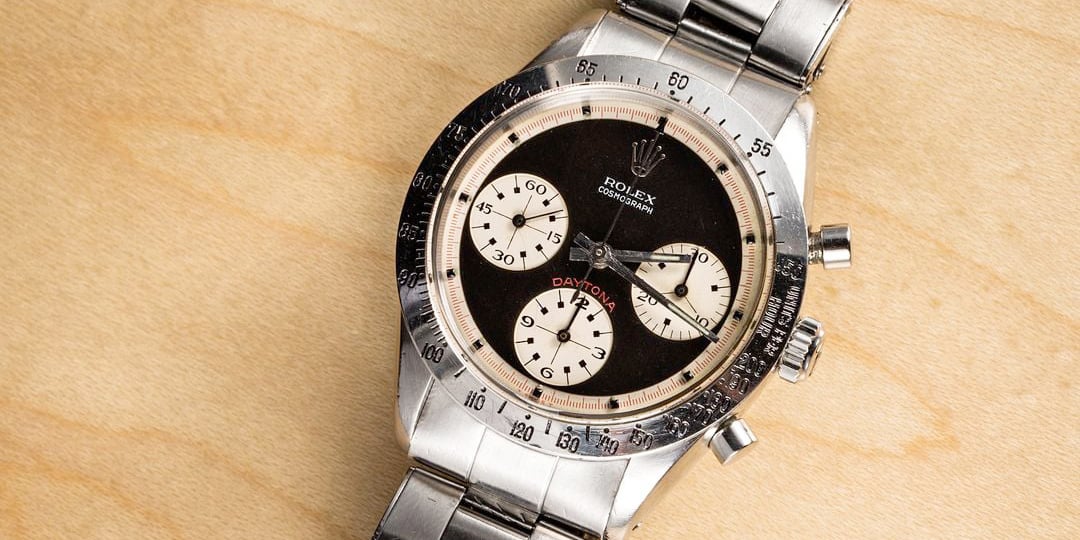 As a collector or watch admirer, you know it’s all about the details. So when it comes to our Paul Newman Daytona and the second generation 16528 Daytona, this is where the vast majority of the tangible value is derived from.

If you look at these Daytona’s with a totally untrained eye, you might assume that the 18k yellow gold 16528 might be worth more. However, while the condition of this watch is excellent and the entire thing is constructed from solid 18k yellow gold, it is not as rare or iconic as the stainless steel ref. 6239 Daytona with the ultra-desirable ‘Paul Newman’ dial.

The ref. 6239 Daytona boasts the ‘Paul Newman dial’ or the ‘exotic dial’ that’s characterized by a face that features contrasting colors for it registers and an Art Deco style font. And even though Paul Newman made this watch popular, this particularly bold dial was initially hard to sell, and very few were made. Additionally, many owners at the time requested that their dials be replaced with standard Rolex Daytona dials, and so the once undesirable ‘exotic dials’ have now become the prized ‘Paul Newman dials’ that are so fiercely sought-after by collectors. 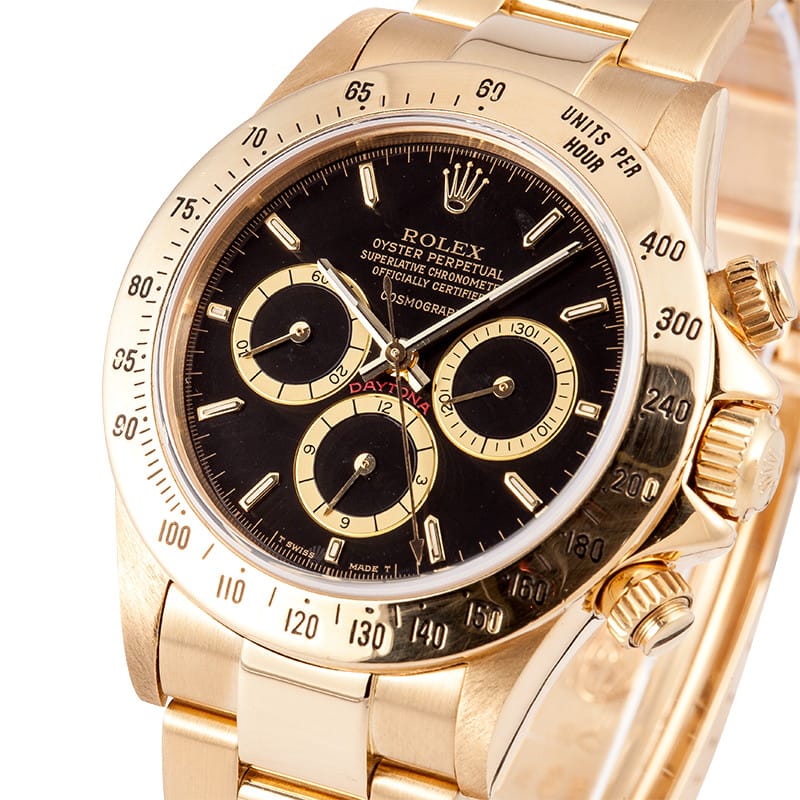 When evaluating a timepiece, having an exceptional provenance can greatly add to the value; however this is always the intangible and slightly subjective part. A seller might expect to receive somewhere in the neighborhood of $250,000 for a normal Paul Newman Daytona (depending on the reference), but Paul Newman’s very own ‘Paul Newman’ Daytona fetched $17.8 Million when it was auctioned off a couple years ago. Like anything, an exceptional provenance needs to be able to be verified; however it has the potential to add serious value to any watch. 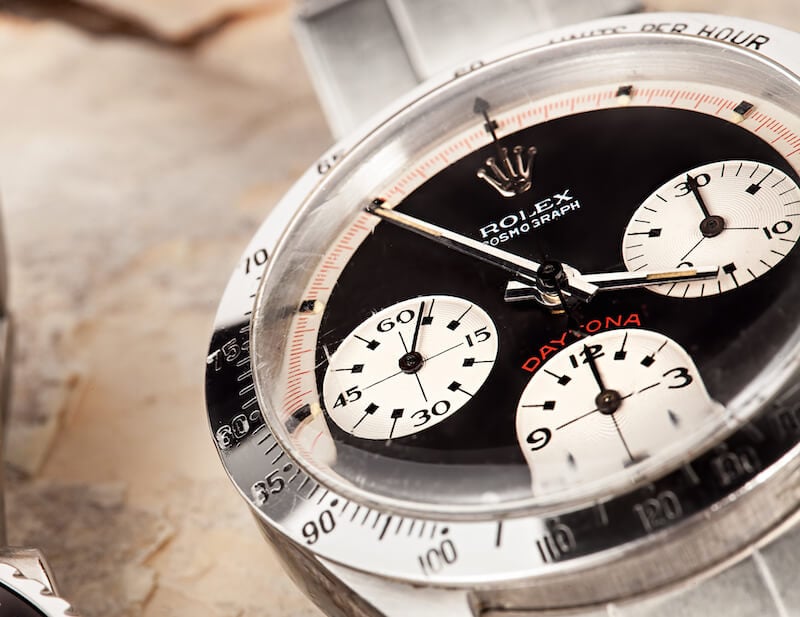 Moral of the story?

What’s interesting here is that when it comes down to it, value can seem quite arbitrary and driven by matters of the heart rather than of the mind. The ref. 16528 could be considered a better watch on most accounts – it has an improved movement, larger case, sapphire crystal, and solid 18k gold construction. But, it’s the older, once-undesirable (and still contentious) Paul Newman Daytona that reigns king today.

That three-color ‘Newman’ dial makes this watch – which is otherwise identical to all the other ref. 6239’s – worth astronomically more in price. Arguably, other ref. 6239’s from the same important generation hold the same critical place in history, but it’s the key detail of the ‘Paul Newman’ dial that sets this example apart in value. I think it’s safe to say then that value, in fact, is in the details. 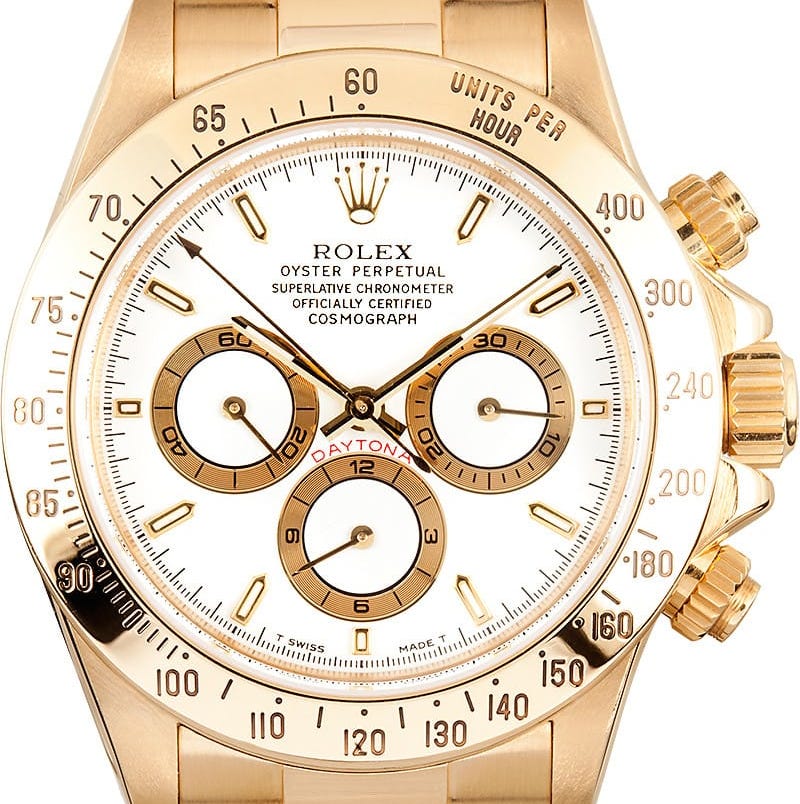