The History of the Omega Seamaster

It doesn’t seem to happen so much anymore, but back in the day luxury watch brands liked to celebrate their significant birthdays by releasing entirely new collections. That was certainly the case when Omega chalked up its centenary, commemorating 100 years in business way back in 1948. They marked the anniversary with the release of a line touted as the ideal watch for customers looking for something robust yet elegant, a model suitable for ‘town, sea and country’. Its name—the Seamaster. 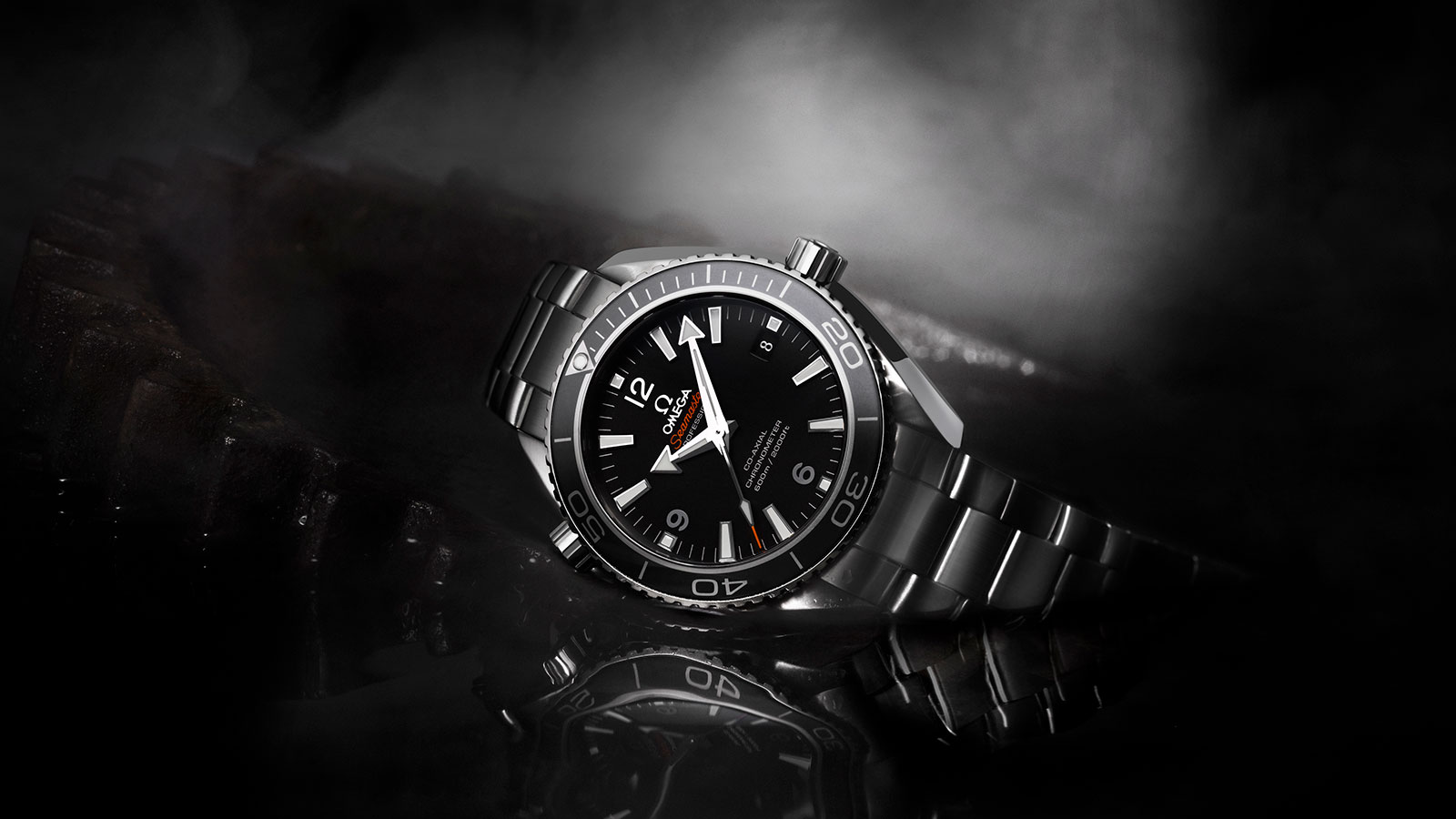 Over the last seven decades, the family has grown to become the most varied in Omega’s whole lineup, the name adorning everything from sophisticated dress pieces to gargantuan chunks of solid steel. In between, they have been the favored timepieces of underwater pioneers, royalty and military action men, both real and fictional.

Below, we will take a look at the Omega Seamaster history and key references.

The original Seamaster was a relatively simple affair, taking its inspiration from the models Omega had supplied to the British armed forces in the Second World War. Known as W.W.W watches, for ‘watch wristlet waterproof’, they were prized for their sturdy build quality and excellent legibility, two elements that formed the groundwork on which the Seamaster was, and still is, constructed. 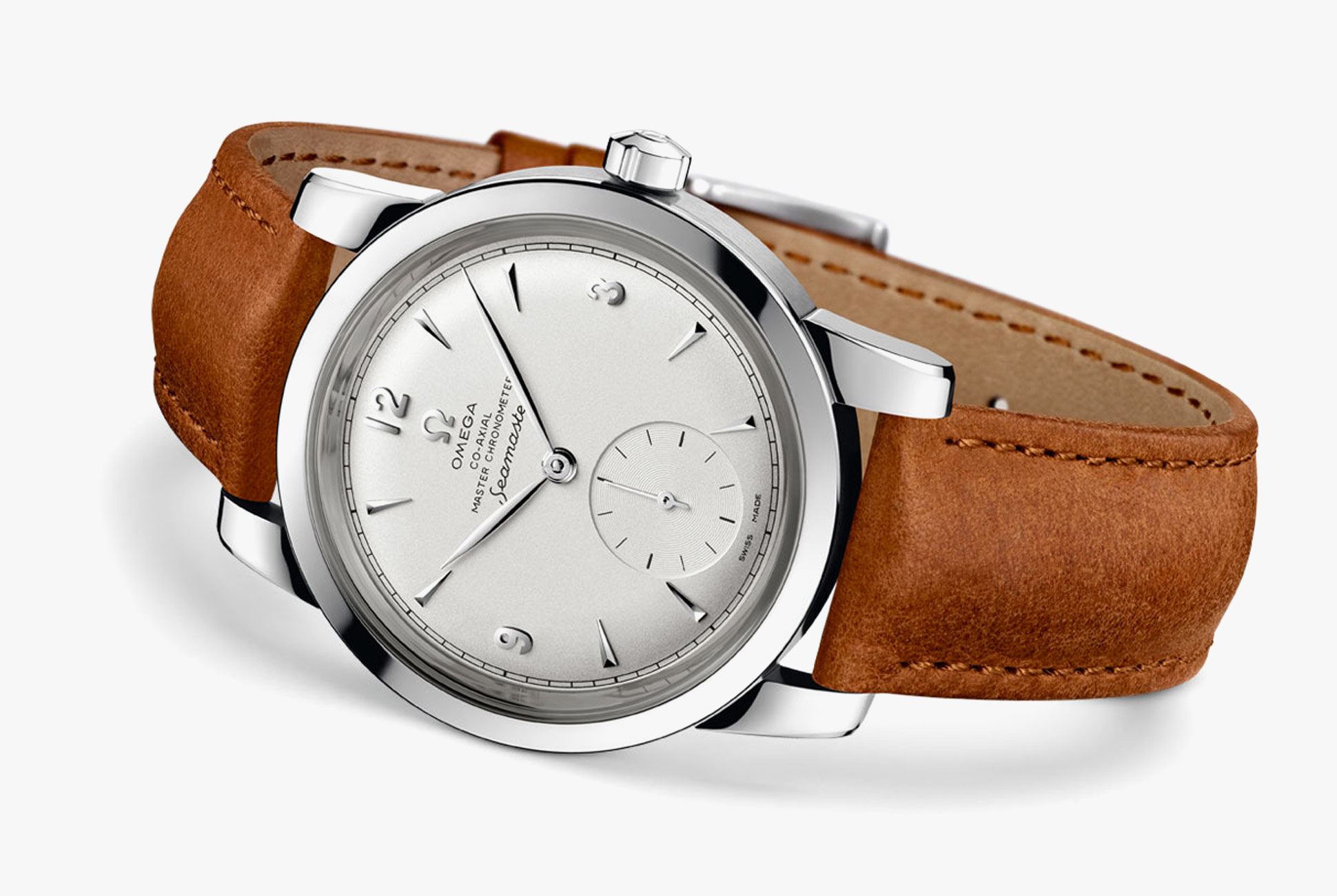 Although ostensibly meant as a more formal wear, there was an inherent toughness to the design, with the brand already having plenty of experience with waterproofing; the Omega Marine had come out in 1932, considered in some quarters as the father of the dive watch, although it bears little resemblance to the concept as we know it today.

Even so, Omega had cultivated the reputation and when the Seamaster landed it only strengthened the company’s position.

Key to much of the watch’s ability was the use of rubber O-ring gaskets, which were able to retain their shape, and therefore their imperviousness to water, over a vast range of temperatures far better than the shellac or lead seals used by rival manufactures.

In 1955, the Swiss Laboratory for Watch Research tested 50 Seamaster cases to a depth of 60 meters, and the results from that successful study, and the subsequent experimentation with new materials, gave rise to a trio of tool watch collections among the most popular ever made.

1957 saw Omega roll out the first Seamaster 300, a true diver’s watch that made its debut alongside the consistently underrated Railmaster, a model for scientists and engineers that lined up against the Milgauss, and the inaugural Speedmaster, which needs no introduction. 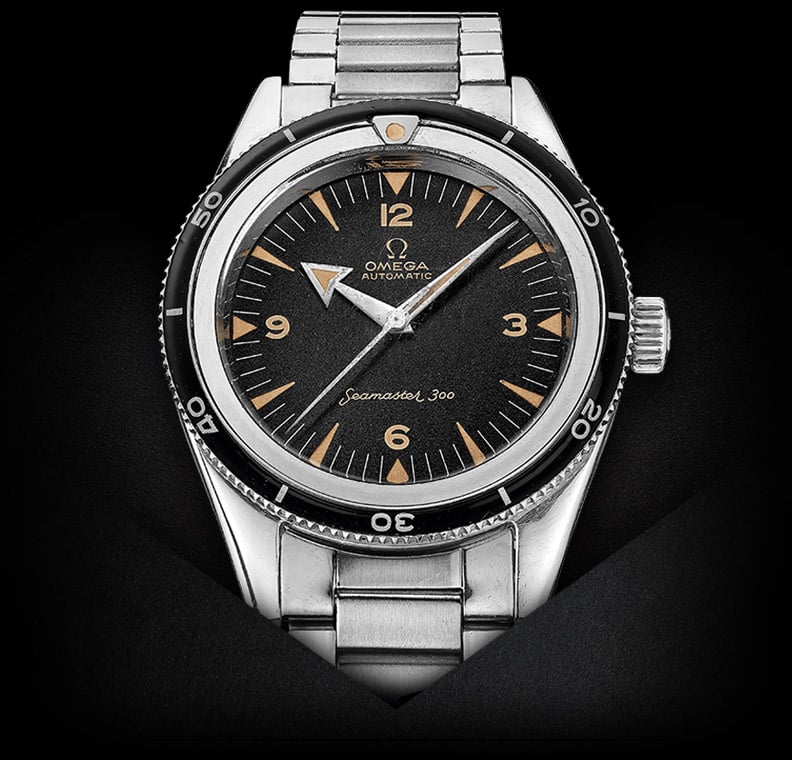 The original reference, the CK2913, showcased the brand’s new Naiad winding crown, their answer to the screw down design, the patent for which was still held over at Rolex.

Omega’s invention was mounted on a specific type of spring inside the winding tube that created an ever tighter seal under increasing water pressure. It meant the deeper the watch was taken, the more protected it became; the downside of which was a certain vulnerability at shallower depths.

Nevertheless, as its name suggests, the Seamaster 300 was rated waterproof to exactly…200m! I know; the reason for the discrepancy is, depending on which story you prefer, the fact that the testing equipment of the time could only simulate pressures of 200m maximum, or it might equally be that Omega just thought 300 sounded better from a marketing standpoint. The choice is yours.

Whichever is true, the watch was an instant hit, arriving at just the right time to capitalize on the craze for recreational Scuba diving as well as drawing the eye of one legendary name who explored the underwater world for a living. When, in 1963, Jacques Cousteau embarked on his Precontinent II expedition, the French oceanographer’s experiment to develop a permanent subaquatic habitat, the Seamaster 300 became the timepiece of choice for him and his team. 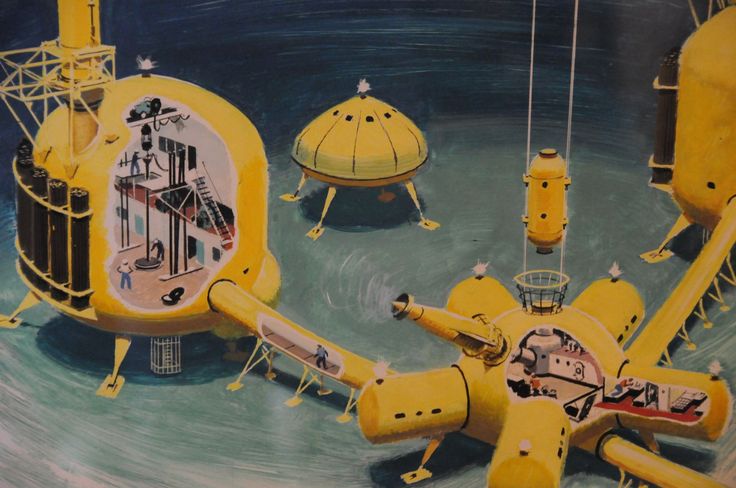 Continental Shelf Station Two was an experiment by Jacques Cousteau, where he first wore a Seamaster

The watch went through a redesign in 1964, with an enlarged bezel as well as the case increasing in size overall from 39mm to 42mm, and receiving the twisted bombe lugs still present on most models today.

Military customers followed, particularly the British Special Boat Service (SBS), although the limitations of the Naiad crown made the association a relatively short one, giving way to the Rolex Milsub Submariners in the 1970s.

New technology gave rise to industrial saturation diving in the 60s and 70s, and with it, new challenges to overcome for watch manufacturers. The main hurdle concerned the gas mixtures being used at the enormous depths crews were now required to work at. A Trimix blend allowed divers to breathe far deeper than with a standard air mixture, but with the drawback of having to use helium. With one of the smallest molecules of any chemical element, the tiny helium bubbles easily penetrated the cases of watches, and then expanded as divers ascended to the surface and forced out the dial crystals. 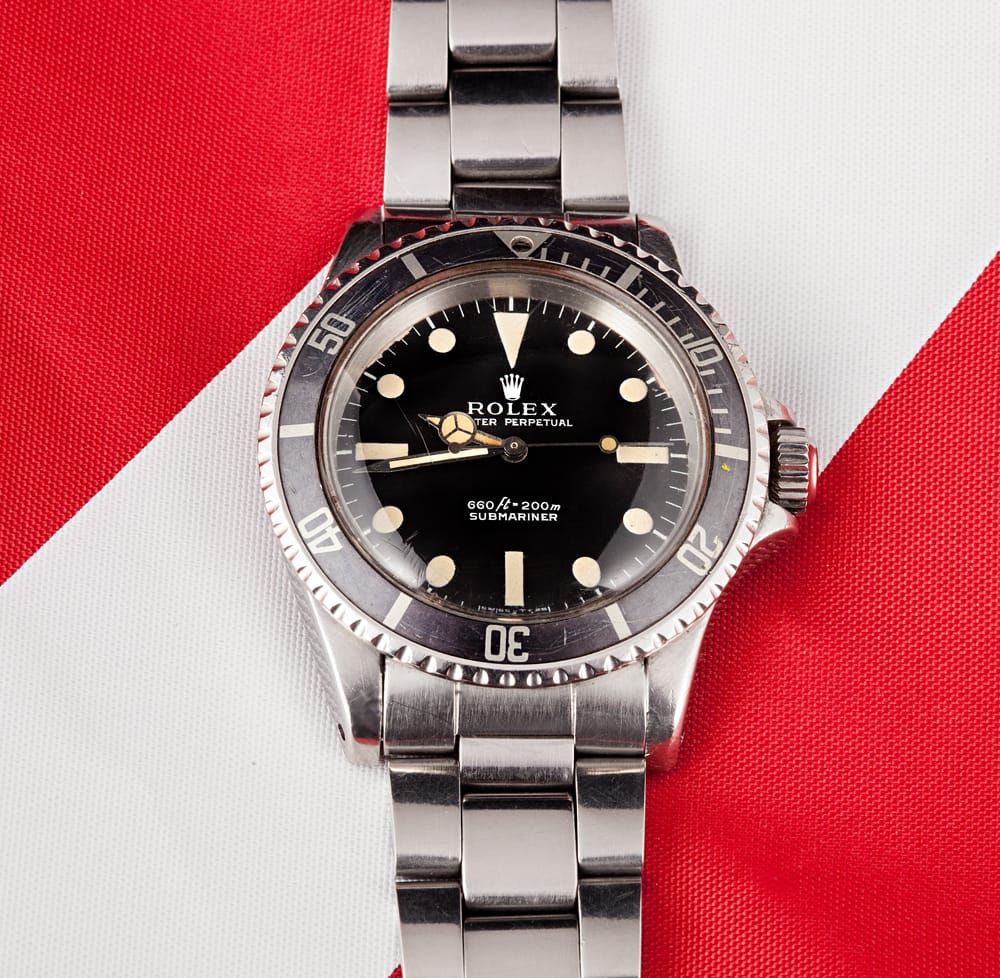 The Rolex 5513 Submariner was retrofitted with a helium escape valve, courtesy of DOXA

Three manufacturers sought to address the problem. Rolex teamed up with Doxa and devised the Helium Escape Valve (HEV), a small, one-way regulator fitted into the side of the case to allow the gas to seep back out of the watch before it could cause any damage. It was first retrofitted onto a ref. 5513 Submariner, before becoming the defining feature of the all-conquering Sea-Dweller in 1967.

Omega went a different way. Their solution was to stop the helium getting inside in the first place and so came up with the Ploprof (PLOngeur PROFessional—professional diver) Seamaster 600. 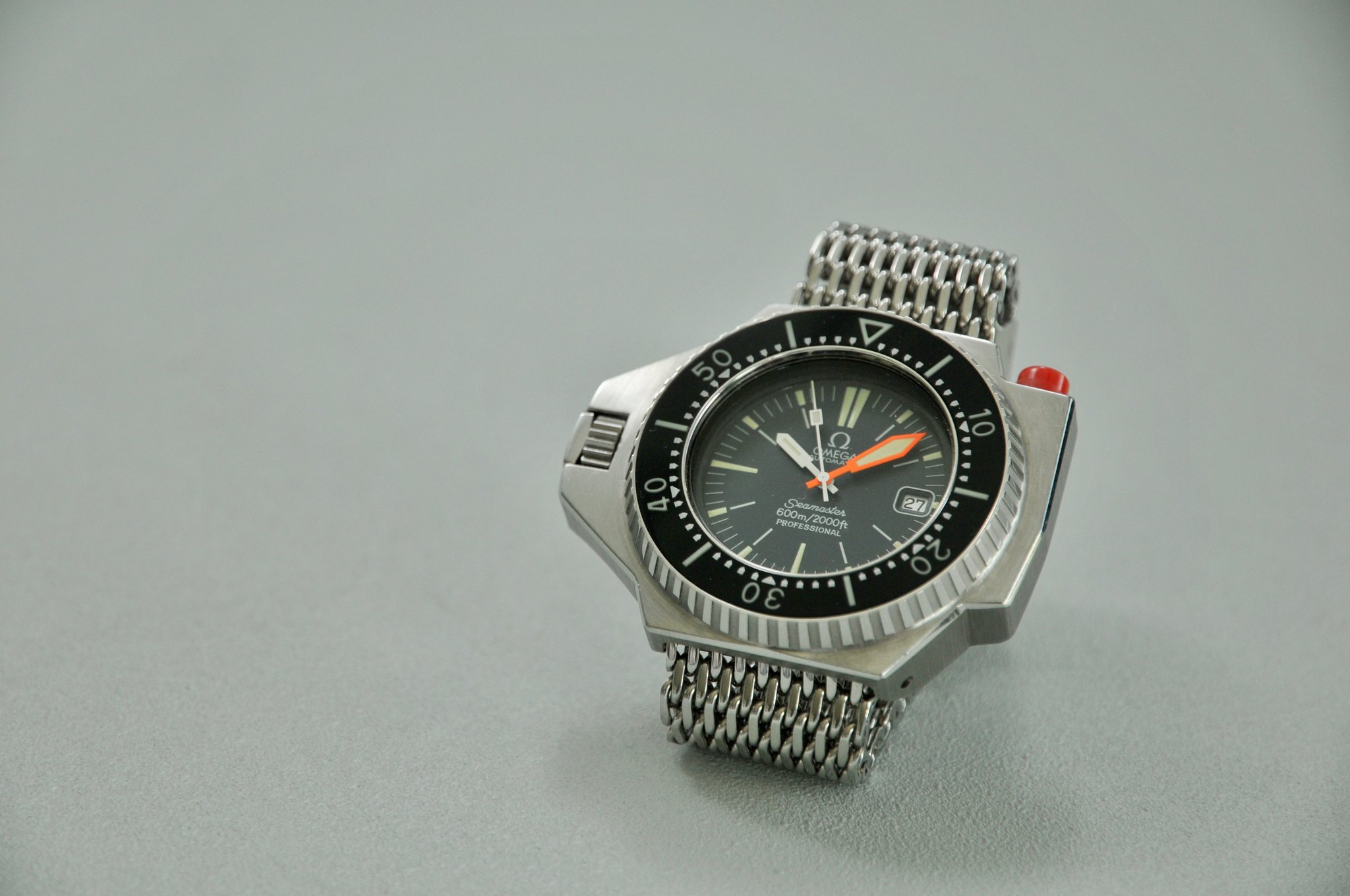 The Omega Seamaster 600 Ploprof was forged from a block of stainless steel, in case you couldn’t already tell (photo: toolwatch)

Forged from a single block of stainless steel, with a 4mm thick crystal, it was more barn door engineering than Rolex’s elegant response, albeit a highly effective one.

Hydrostatic tests rated it waterproof to 1370 meters, but with a lumpy 54mm case, it wasn’t much of a looker and was a commercial failure. Its even hardier follow-up, the Seamaster 1000, suffered much the same fate.

Even so, the 600 accompanied divers on a record breaking expedition in the Ajaccio Gulf in France, spending four hours a day over eight days at depths of 253 meters, and coming up smiling. The public may have been indifferent, but professionals loved it.

The Seamaster range expanded into several distinct lines throughout the 70s and 80s. Chronographs emerged with styling a world away from the original but very much of their era.

For the 300 however, the best was yet to come. After a six year absence from the screen, James Bond was back and in need of a new timepiece. 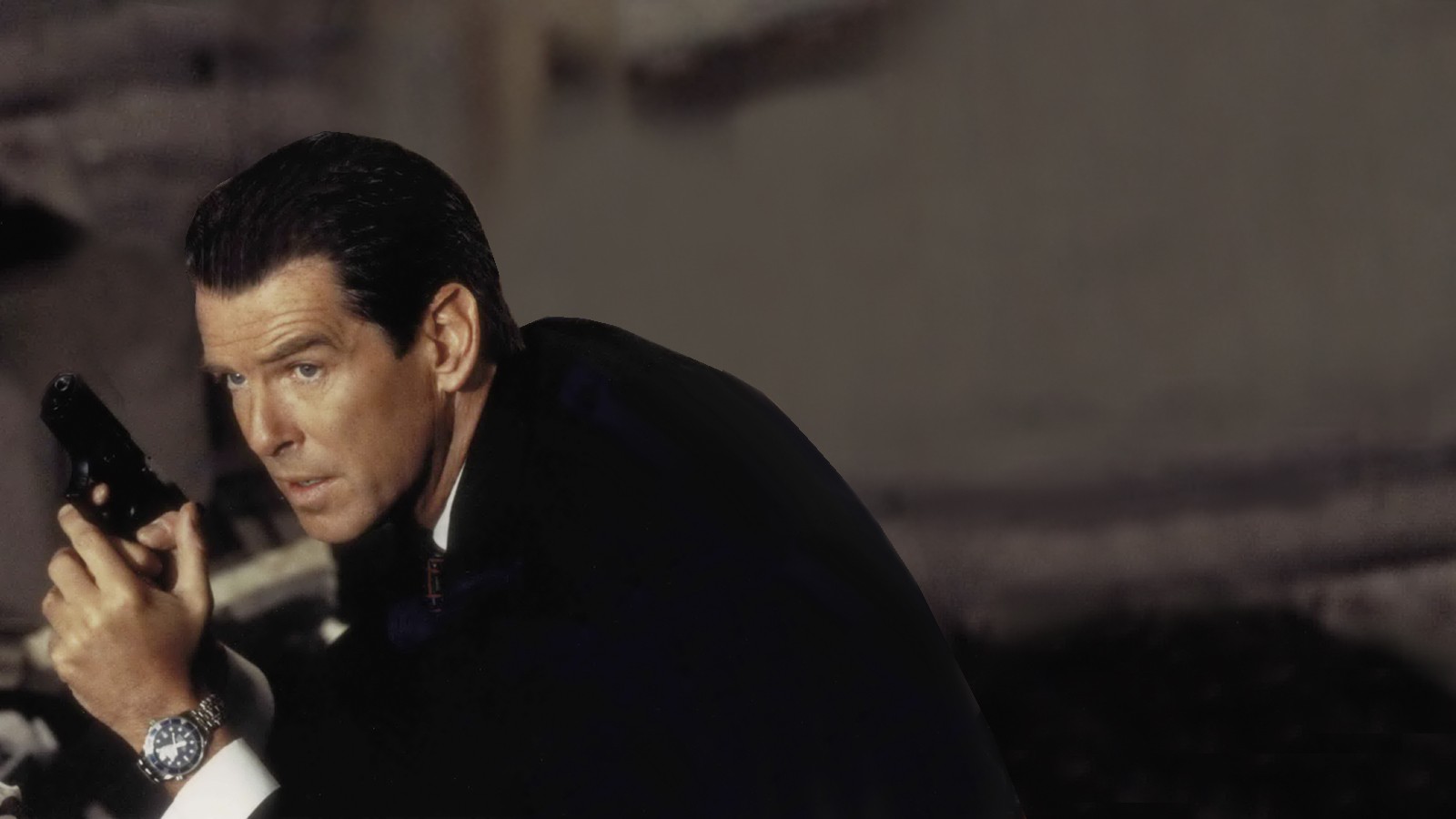 In 1995 Omega scored a massive coup by replacing Rolex as watch supplier to the world’s favorite secret agent. In Goldeneye, Pierce Brosnan sported the Seamaster 300M, a new collection released a year before, complete with its own Helium Escape Valve. The quartz-powered model with a distinctive blue dial and bezel, the ref. 2541.80, catapulted the watch instantly into the category of ‘must-have’.

So far, the franchise has used various references in a total of eight Bond films, with Omega surviving the leap from Brosnan’s super smooth portrayal to Daniel Craig’s far more gritty interpretation.

In Casino Royale, Craig’s debut outing from 2006, he unveils the Seamaster Planet Ocean for the first time. A contemporary reimagining of that original CK2913, the Planet Oceans are even tougher, with thicker cases and waterproof to 600m. They are also the first Seamasters to be given Omega’s Master Chronometer Co-Axial movements, with their massive magnetic resistance. 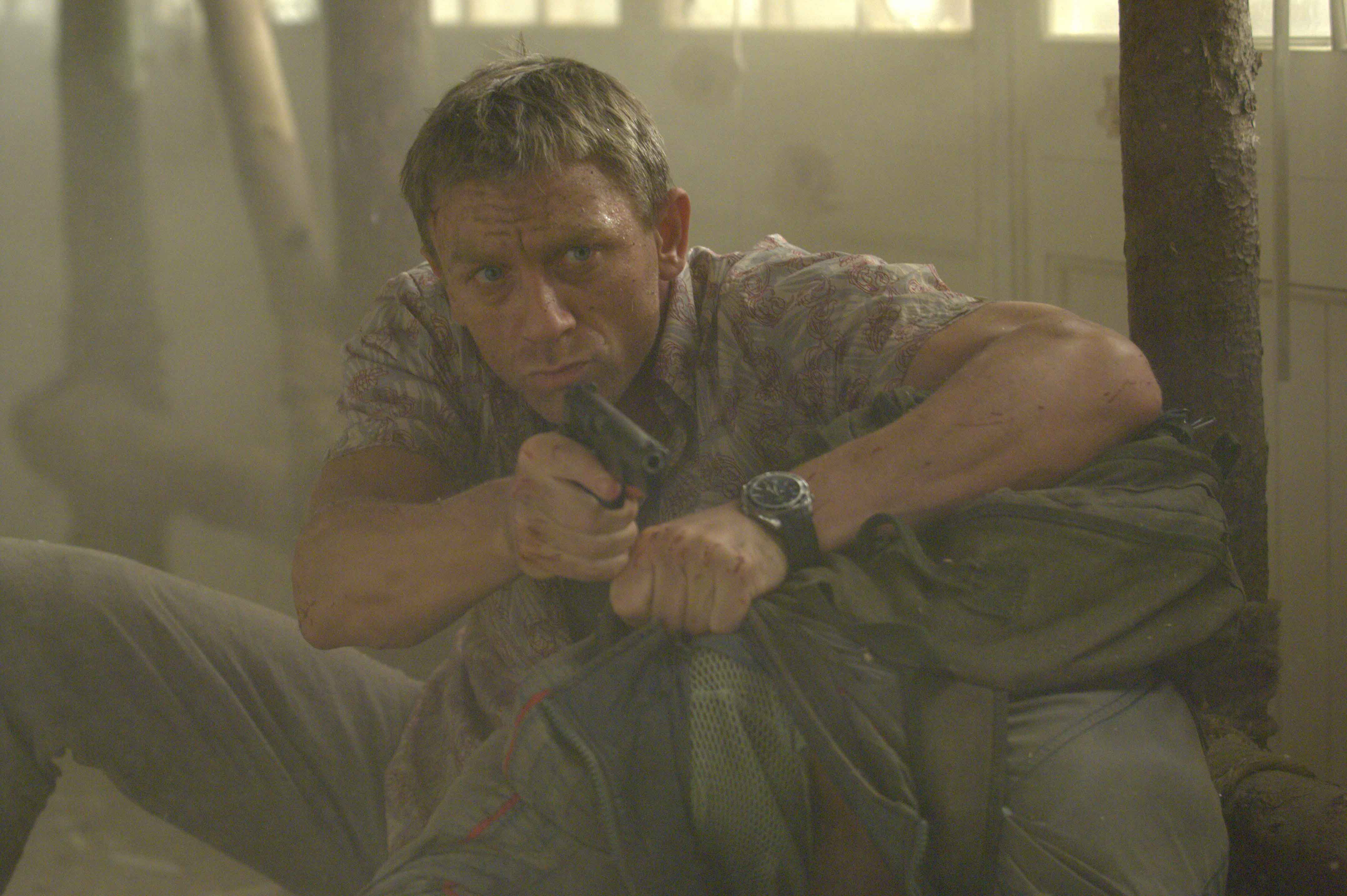 Bond has stayed loyal to Omega and the different models in the Seamaster family. In 2012’s Skyfall, we see him wear the so-called entry level piece, the Aqua Terra, aimed more at a life spent riding the ocean waves on a luxury yacht rather than exploring below.

And in Spectre, the most recent adventure from 2015, he goes into battle with a special commemorative edition of the 300 created to observe the CK2913’s birthday.

The professional Omega range goes from strength to strength, with 2017’s release of a nostalgia drenched trio which were an almost mirror image of the original Railmaster, Speedmaster and Seamaster from 1957, updated with the very latest in the brand’s industry-leading calibers.

This year they were at it again, diving even further back in time with the limited edition Seamaster 1948 duo (pictured above). A revival of the first watches to bear the name, launched some 70 years ago, they are a pair of 38mm dress pieces in either a central seconds version, or with a small seconds sub dial at the six o’clock. Reintroducing the same dauphine hands and elegant triangular indexes, they are about as faithful a likeness of the watches that started it all as you could wish for. 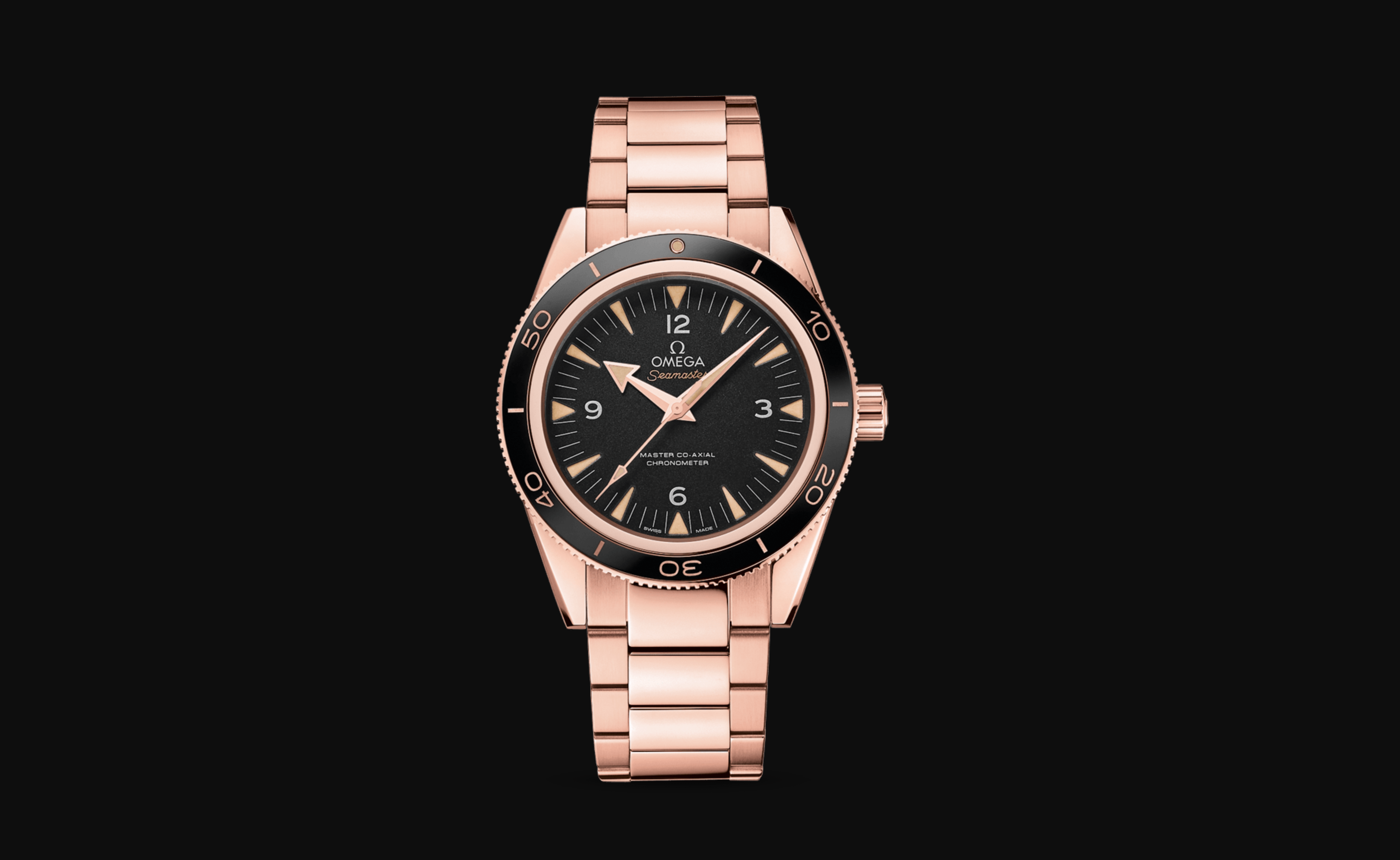 The Omega Seamaster history is full of lessons and key victories

The Omega Seamaster history is incredible – the longest continuously running model from a brand not short on heritage.

Whether from the professional or dress lines, the watch has always been a fan favorite—and will continue to be so for many years to come.