In the late 1950s, both Rolex and Omega unveiled antimagnetic watches to serve the flourishing scientific community of the era. Rolex introduced the Milgauss watch in 1956 and Omega presented the Railmaster in 1957. While these two models have never been superstars in either brands’ lineup, they continue to be a part of the companies’ current collections and each has its own fan base. Read on for a comparative review of the Rolex Milgauss vs Omega Railmaster antimagnetic watches. 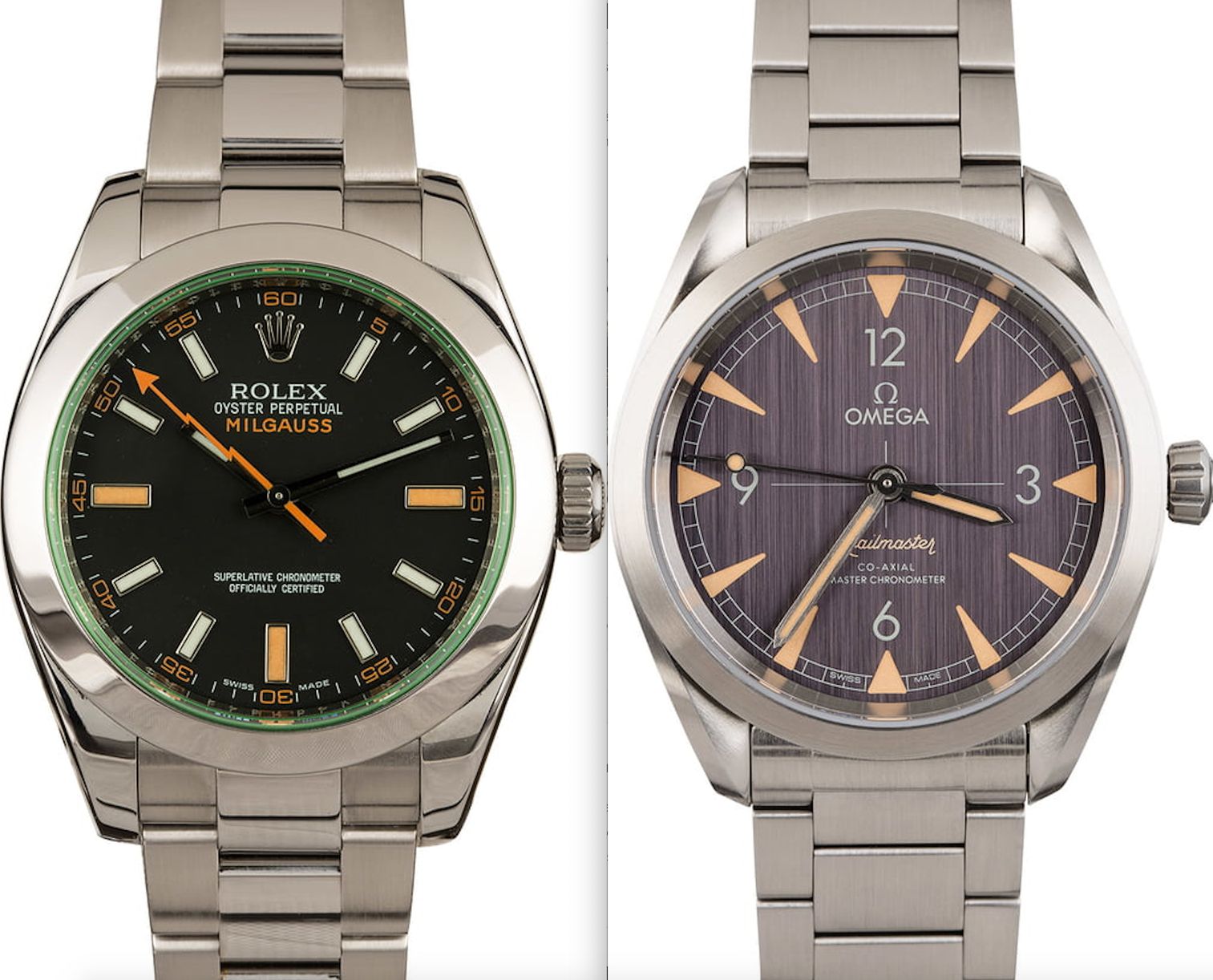 Since the Milgauss and the Railmaster models are both over six decades old, it comes as no surprise that there are plenty of versions of these antimagnetic watches out there. So for a like-for-like comparison, we’ve selected the most recent versions of the Rolex Milgauss ref. 116400 and the Omega Railmaster 220.10.40.20.01.001. 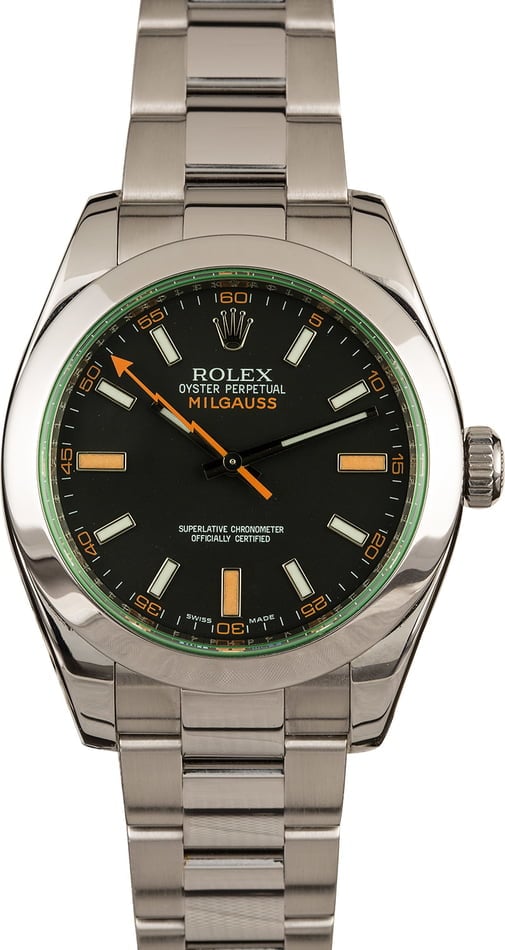 The Rolex Milgauss ref. 116400 made its debut in 2007 and with its arrival, it revived the discontinued Milgauss collection. It sports a 40mm stainless steel case, a smooth steel bezel, and a steel Oyster link bracelet. This particular version includes a time-only black dial, punctuated with plenty of orange details. There are the orange accents adjacent to the lume-filed baton indexes, the orange MILGAUSS name, and of course, the orange lightning bolt seconds hand. This thunderbolt touch harkens back to early Milgauss models, which also featured a similar seconds hands but in a more discreet shade. 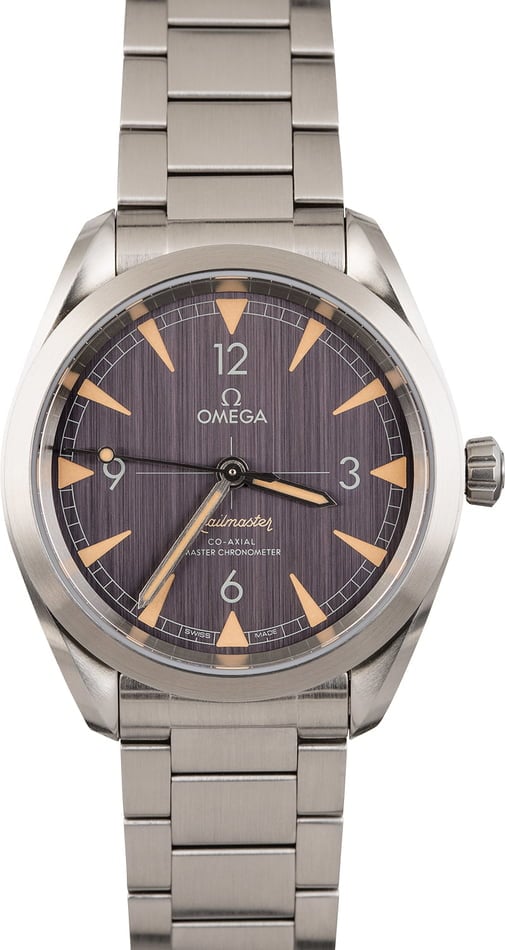 The Omega Railmaster 220.10.40.20.01.001 was released a decade later at Baselworld 2017 but it is clearly vintage-inspired it its style. Similar to the Milgauss, this Railmaster has a 40mm stainless steel case, steel bezel, steel three-link bracelet, and a time-only dial. The dial however, features a brushed vertical pattern, 3/6/9/12 Arabic numerals, triangular hour markers, and faux-patina Super-LumiNova luminescence (which looks slightly orange) for a vintage look.

Side-by-side, the Rolex Milgauss ref. and the Omega Railmaster are quite similar – although the first offers a contemporary approach while the latter is going for a retro aesthetic. 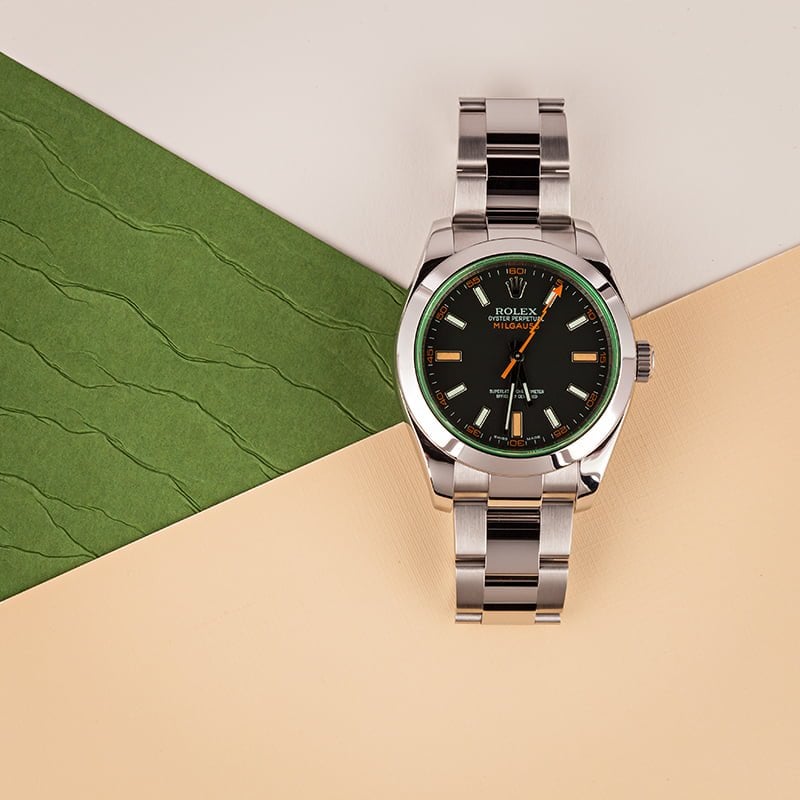 As previously mentioned, both the Milgauss and the Railmaster are time-only models with just three hands on the dial for hours, minutes, and seconds. Their unique-selling-point is of course that they are antimagnetic watches. 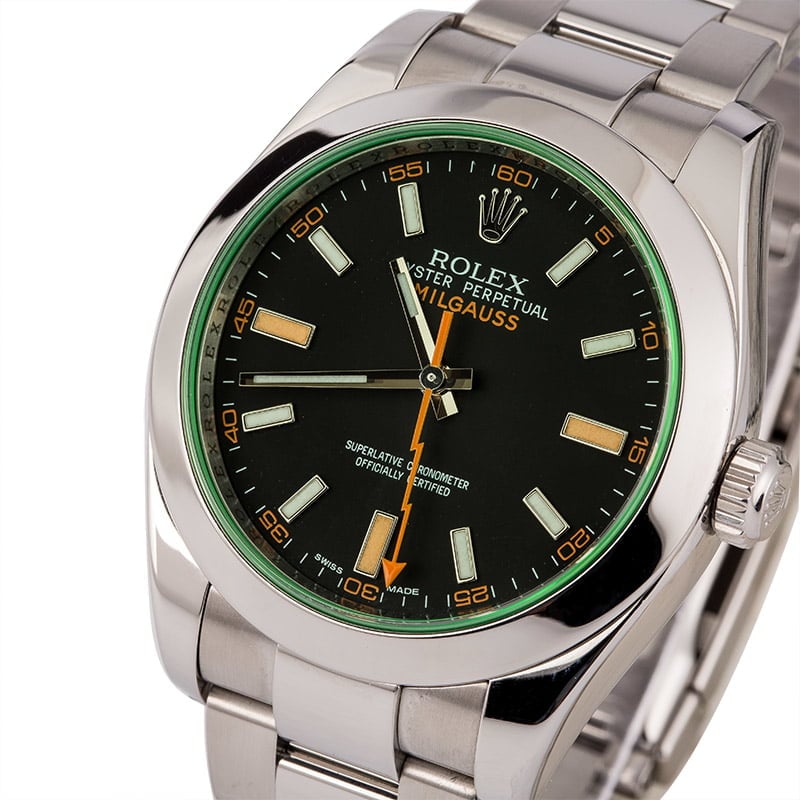 The Rolex Milgauss runs on the Caliber 3131, which is resistant to 1,000 gauss thanks to a ferromagnetic shield protecting the movement. Caliber 3131 operates at a frequency of 28,800 beats per hour, has a 48-hour power reserve, and is chronometer-certified. On the other hand, the Omega Railmaster runs on the Co-Axial Master Chronometer Caliber 8806, which is also self-winding but provides a longer power reserve of 55 hours and boasts magnetic resistance up to 15,000 gauss! Lastly, the Caliber 8806 is also chronometer certified, but Omega went a step further by gaining a Swiss Federal Institute of Metrology (METAS) certificate for the movement, which requires even more stringent parameters than COSC certification. 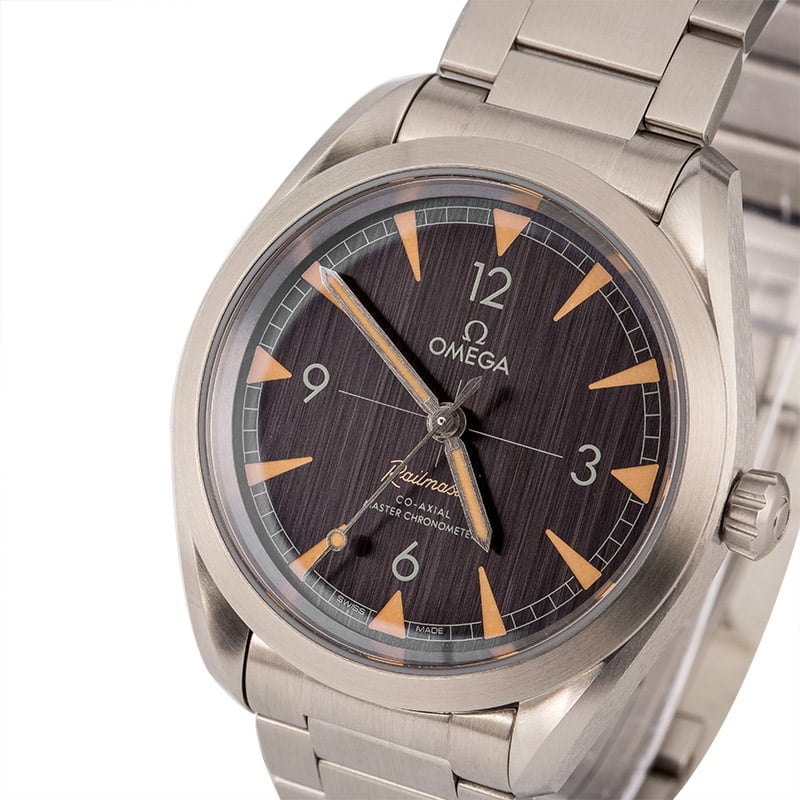 While the current black Railmaster is newer, offers greater higher resistance to magnetism, and provides a longer power reserve, it is roughly half the price of the  similar looking Milgauss on the secondary market. This is yet another example of the power of the Rolex brand name and the understanding that Rolex watches generally command higher price points, both new and on the secondary market. 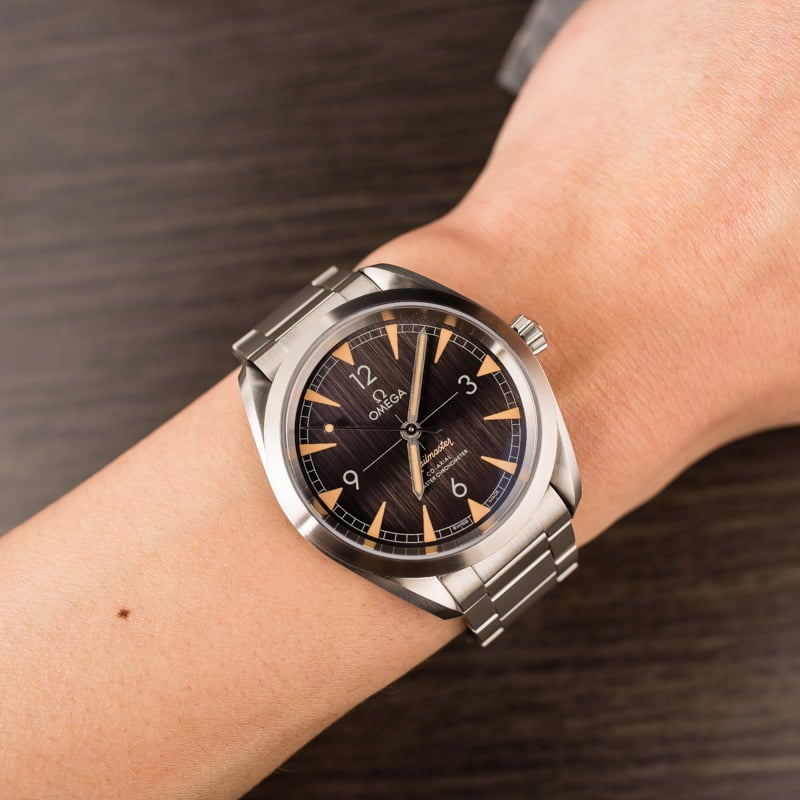 Previous Article What is a Rolex Rail Dial?
Next Article Your Guide To The Rolex Air-King