Instantly recognizable and beloved by nearly all watch aficionados, the Rolex Submariner is one of the most popular watches on the planet – let alone in the brand’s lineup. In fact, if you want to try and snag a brand new Submariner, you’ll likely have to wait anywhere between one to four years depending on the model. Luckily, there are a ton of options on the secondary market that make it much easier and quicker to get your hands on one of these iconic dive watches.

But once you start sifting through all the references, materials, and designs, it’s easy to start wondering why such huge price disparities come into play. Here, we’re going to analyze two very different ends of the Rolex Submariner spectrum – an affordable and still damn-good-looking $10k Submariner and an older model that is worth more than $100k. So, what makes a Rolex Submariner worth $10k or $100k? 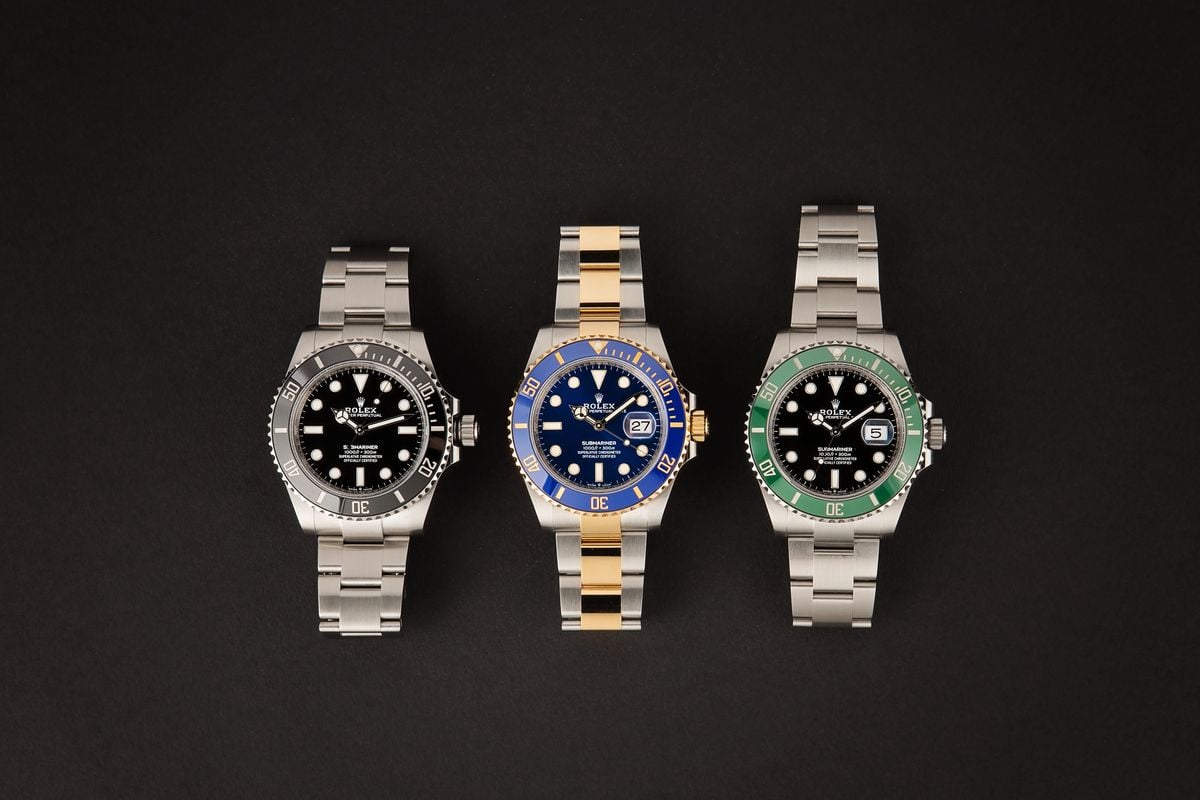 Before we dive into the factors that influence an individual Submariner’s price, it is important to emphasize just how influential this historic watch is – both to the watch industry and the world beyond. As one of the most popular timepieces on the planet, let alone in the Rolex collection, this watch has influenced dive watch design and set standards for dive watch capabilities since 1953.

With its ever-growing popularity over the years thanks to its incredible performance and Hollywood features, the Submariner has also seen a dramatic rise in price over the decades. While at first you might chop up these changes to inflation, the history of its price is actually a bit more complicated than that.

When the Submariner was first released in the 1950s, you could pick one up for a cool $150. Can you believe that? Even when taking inflation into account, that would still be less than $1,500 – which is still quite ‘cheap’ for a luxury timepiece by today’s standards and current market prices.

Over the next two decades, the Rolex Submariner gained serious popularity for its versatile aesthetics and highlights in feature films like James Bond. However, we didn’t see much of a price hike here either because of the Quartz Crisis, which devastated the Swiss watch market in the 1970s. To further put things into perspective, even by 1974, prices for the Rolex Submariner started out at just $325 for the no-date model ($395 if you wanted the chronometer-certified version) and $428.50 for the date-displaying version in stainless steel.

By the time we entered the 1980s, the Swiss watch market had recovered thanks to its rebranding of mechanical timepieces as luxury status symbols. The Rolex Submariner was among them and saw a major price increase during this decade. By the time the two-tone Submariner was first making an appearance in the mid-1980s, the price of the stainless steel Submariner Date had already increased to $1,375, but it was the solid gold version that really best represents the Submariner’s transition towards an outright luxury item.

Just a decade prior in 1974, a solid 18k gold Submariner Date cost $3,450. However by 1984, the price of a gold Submariner had increased to $10,850, representing a significant step up and one that was largely helped along by surging prices at the time. With inflation taken into account, that’s a hefty $26,859 by today’s standards, which puts it much closer to the general price point that we know today. 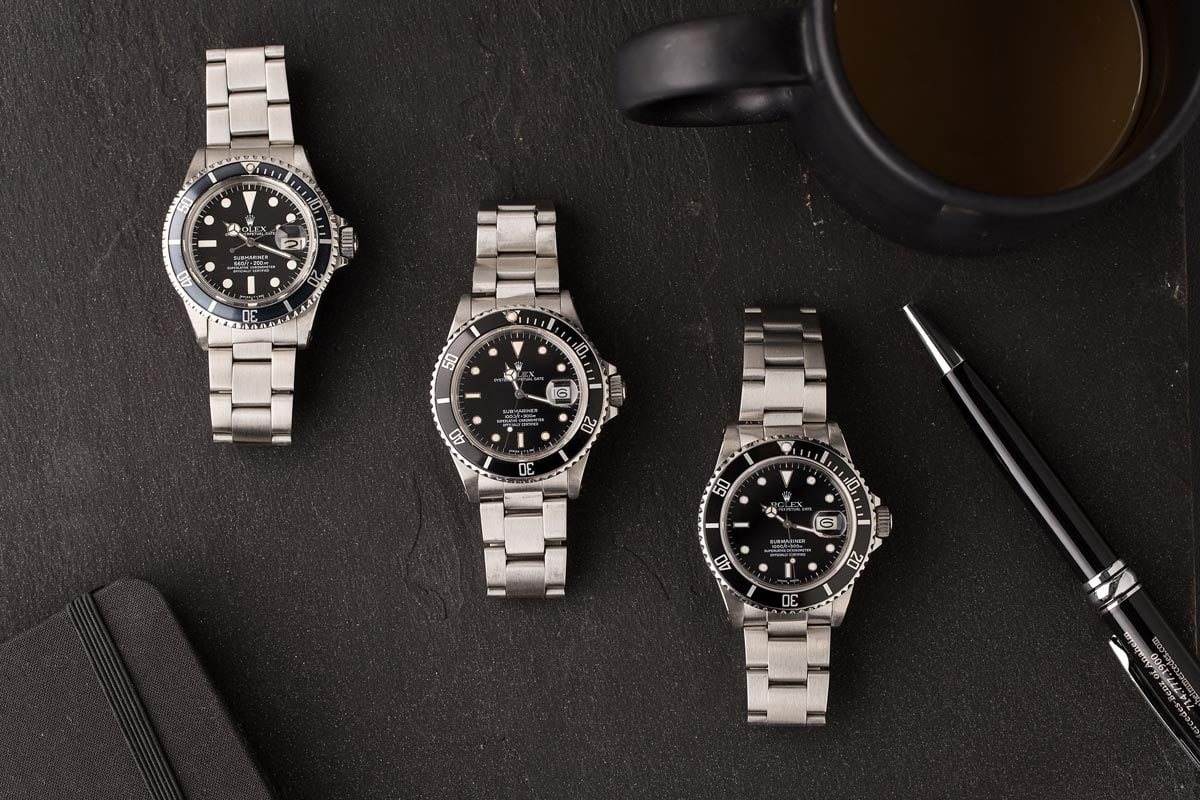 Of course, these are all retail prices. And even though these numbers continue to climb quickly, collectors will gladly sign up for a multi-year waitlist for their chance to own a brand new Rolex Submariner. With a history of price increases and an incredibly strong vintage market, an investment in a Rolex Submariner is almost always guaranteed to be positive.

However, what is even more interesting, is that on the secondary market, many people are willing to pay well-above retail prices for a Submariner if they can jump the waitlist. This supports the claims among the community that the Submariner, despite steady price increases by Rolex, is still actually undervalued.

The demand for this watch is so high on both the retail and secondary market that the prices will almost certainly continue to increase on both. However, how the price increases on the secondary market depends on a variety of factors that we will go into below by comparing the $10k reference 16613 and the $100k reference 6538. 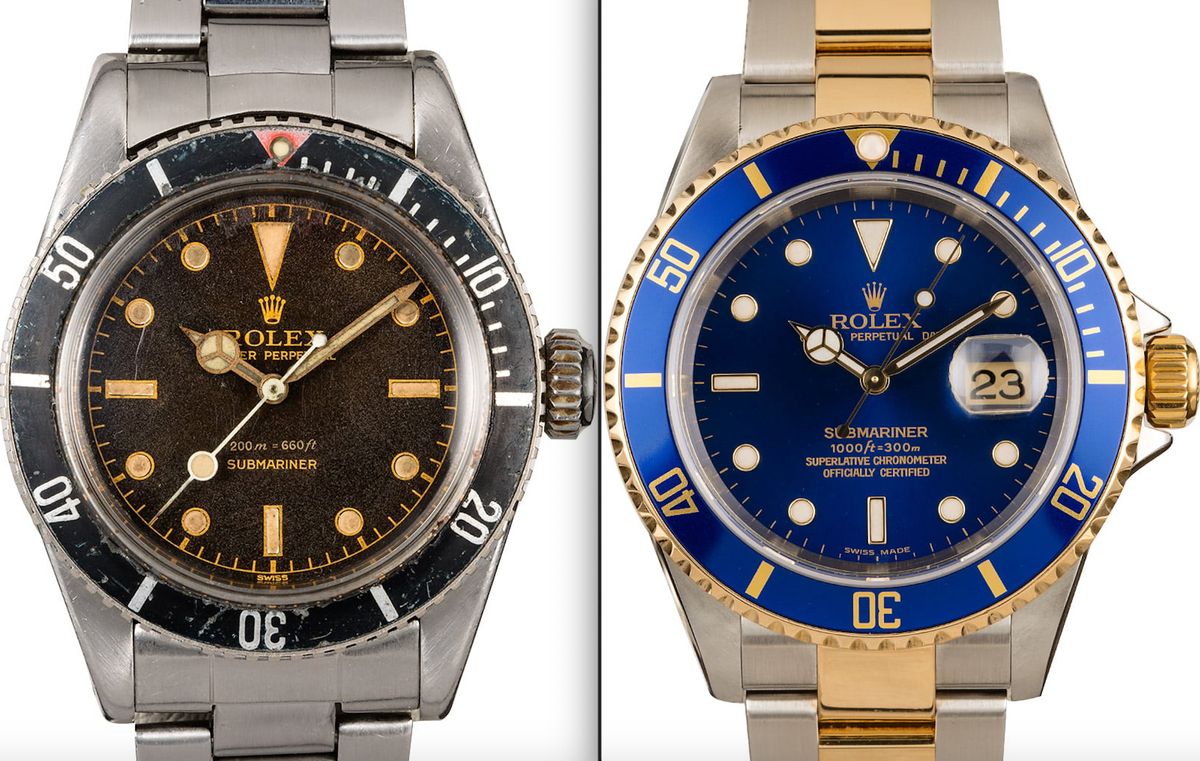 Besides being one of the most popular Rolex models, the Submariner has a long and rich history. First released in 1953 as the Rolex 6204 reference, this watch has evolved over the past six decades to encompass many design alterations – also making it one of the watches with the most aesthetic diversity in the Rolex lineup. 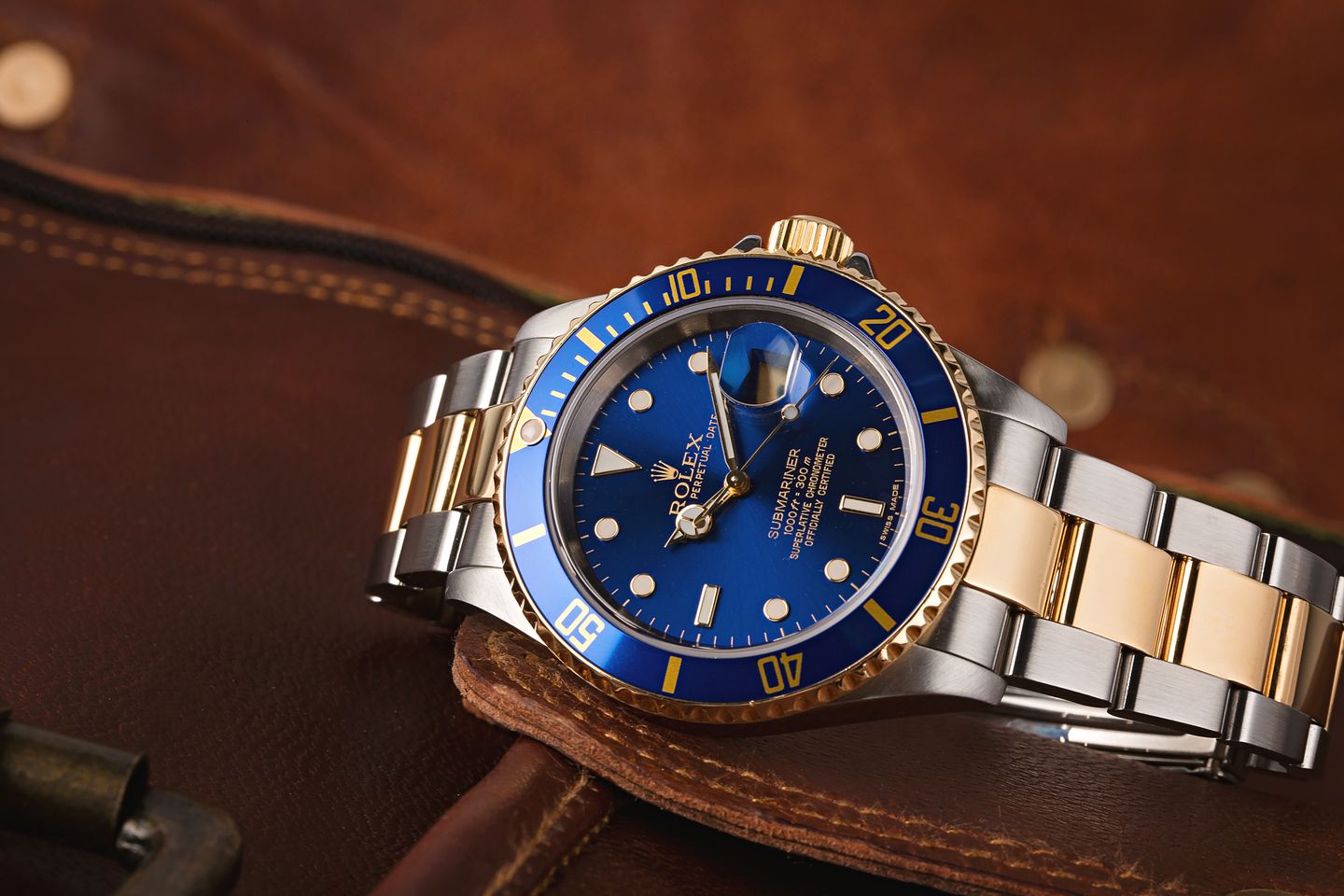 So when we look at the $10k reference 16613, which is from the serial year 2006-2007, we automatically know it is a newer generation model. The now-famous stainless and gold two-tone Submariner was only first released in 1984, and the follow-up to the inaugural two-tone model, the ref. 16613 like the one presented here doesn’t have any real generational provenance that would add to its value.

Although, compared to older Submariner 16613 watches, this one being manufactured closer to the end of the reference’s production does hold a bit more value. Since the reference 16613 has yet to reach vintage status (where an older age might drive up the price), newer versions like this one here, are actually more valuable. 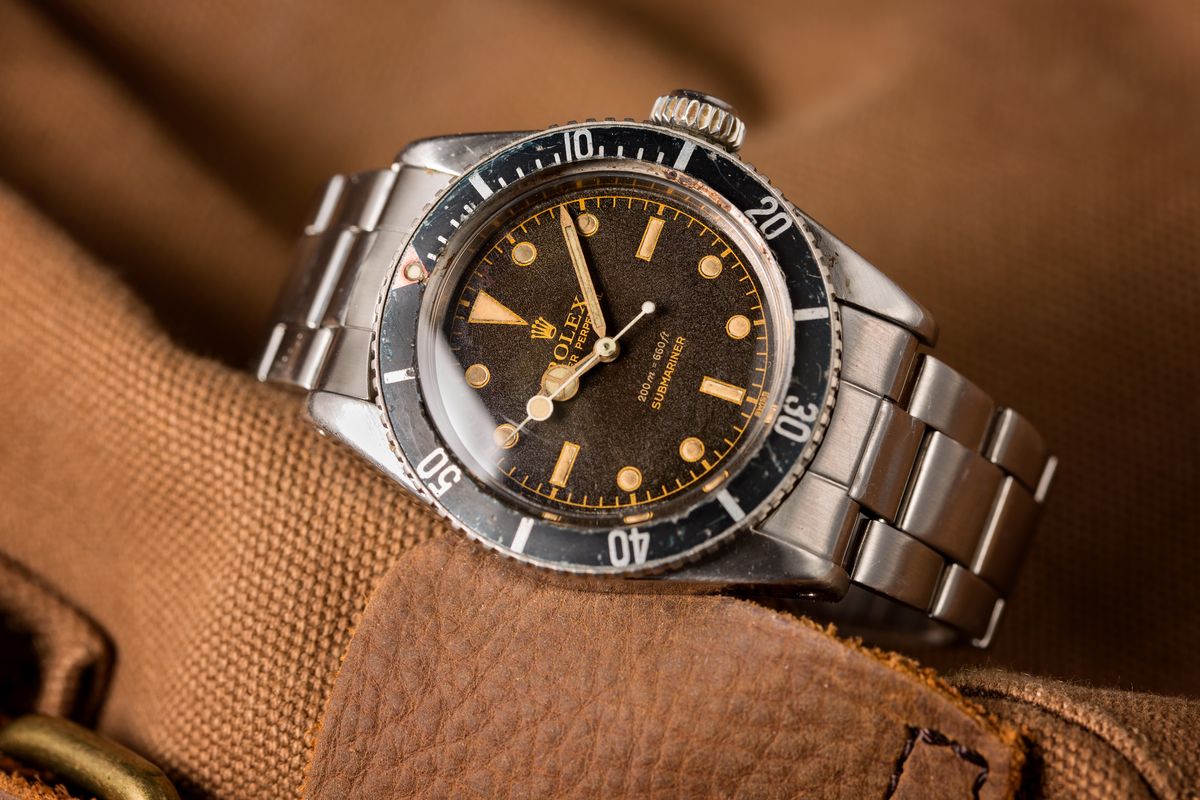 Then there’s the reference 6538 Submariner, which is worth an absolute minimum of $100k (although one example of this reference sold for more than a million dollars). Upon first glance, some of the differences are immediately apparent, as the ref. 6538 is smaller in size and does not feature crown guards on either side of its oversized winding crown.

The Submariner 6538 was in production for only a handful of years during the late 1950s, and as a result of its short production run, a relatively small number of reference 6538 watches were produced. On top of that, many ref. 6538 Submariner watches were treated roughly (more as tools than luxury items), which further decreases the number that are still in existence today. On top of everything else, it was a reference 6538 Submariner that was worn by Sean Connery in the original James Bond films, which helps make the 6538 one of the most desirable Submariner references in history.

The Importance of Materials

When it comes to Submariners there are three distinct case and bracelet materials – 904L stainless steel, two-tone stainless and 18k yellow gold, and solid 18k gold (yellow or white) on its own. Stainless steel models fall on the lower end of the price range, and two-tone models like the 16613 fall mid-range. But, the material is only part of the bigger picture here. Although gold is intrinsically more valuable, it is details like provenance and rarity that truly define a value with any watch, including the Rolex Submariner.

For example, while the ref. 6538 is just stainless steel, the simple fact that it is a vintage “pre-crown guard” reference alone drives up the price well-over what you’d pay for a modern solid gold Submariner, let alone a 16613. However, with the exception of rare vintage references, as a general rule of thumb on both the retail and secondary market, you can pay more for anything that has gold in it – including a Sub. 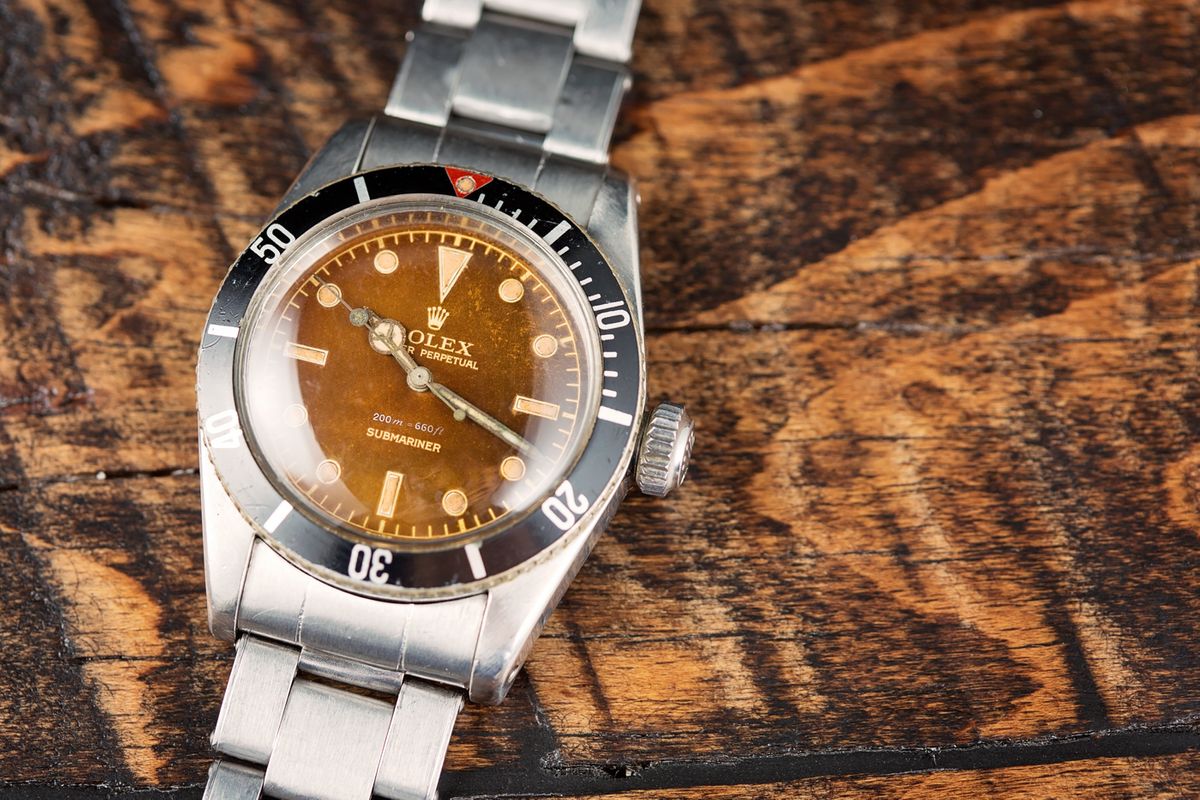 It is in regard to provenance and the small details where things really get interesting. The current iteration of the Rolex Submariner was first introduced roughly two decades ago, and all examples manufactured since then have been virtually identical. Compare that to the reference 6538, which despite being manufactured for only a few short years was fitted with both chronometer-certified and non-chronometer-certified movements, along with a wide range of dial variations.

Small production numbers and the inherent variation that exists among surviving examples creates a lot of excitement for collectors. Additionally, the way that individual watches age over time – like the dial on this ref. 6538 which is fading to a rich “Tropical” brown color – creates further variation among a single reference to the point where no two watches are identical. 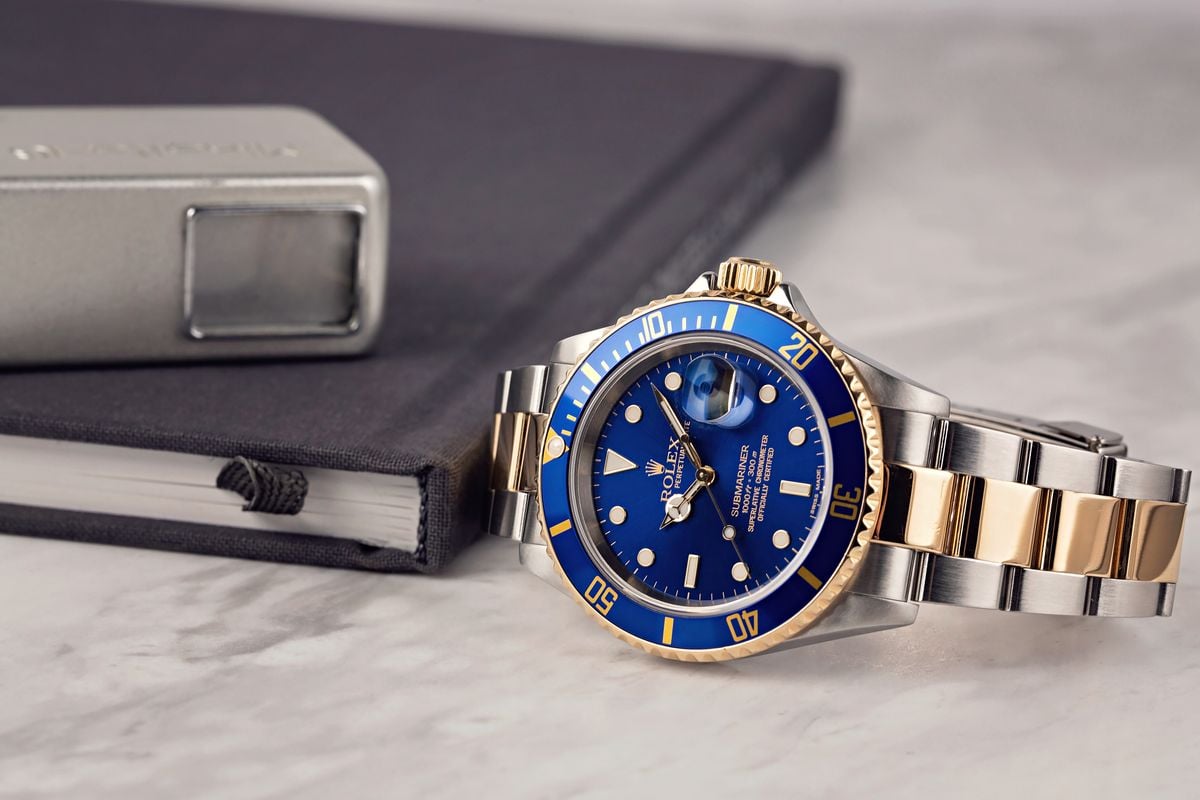 Beyond the physical attributes of the watch themselves, who previously owned the watch can matter a lot when it comes to vintage Rolex collecting. As previously mentioned, the Submariner was regarded as a precision tool for scuba diving in the late 1950s, and a fair number ended up in the hands of soldiers who used them during active duty. Vintage Rolex watches with a history of military use can often be worth more because of it.

Even without notable past owners, the very fact that the ref. 6538 is the exact same Submariner reference worn in the early James Bond films makes it more desirable among collectors. Additionally, should the actual Submariner 6538 that was worn by Sean Connery in the films ever surface at auction, the provenance alone will likely guarantee that it will reach the seven-figure price point. 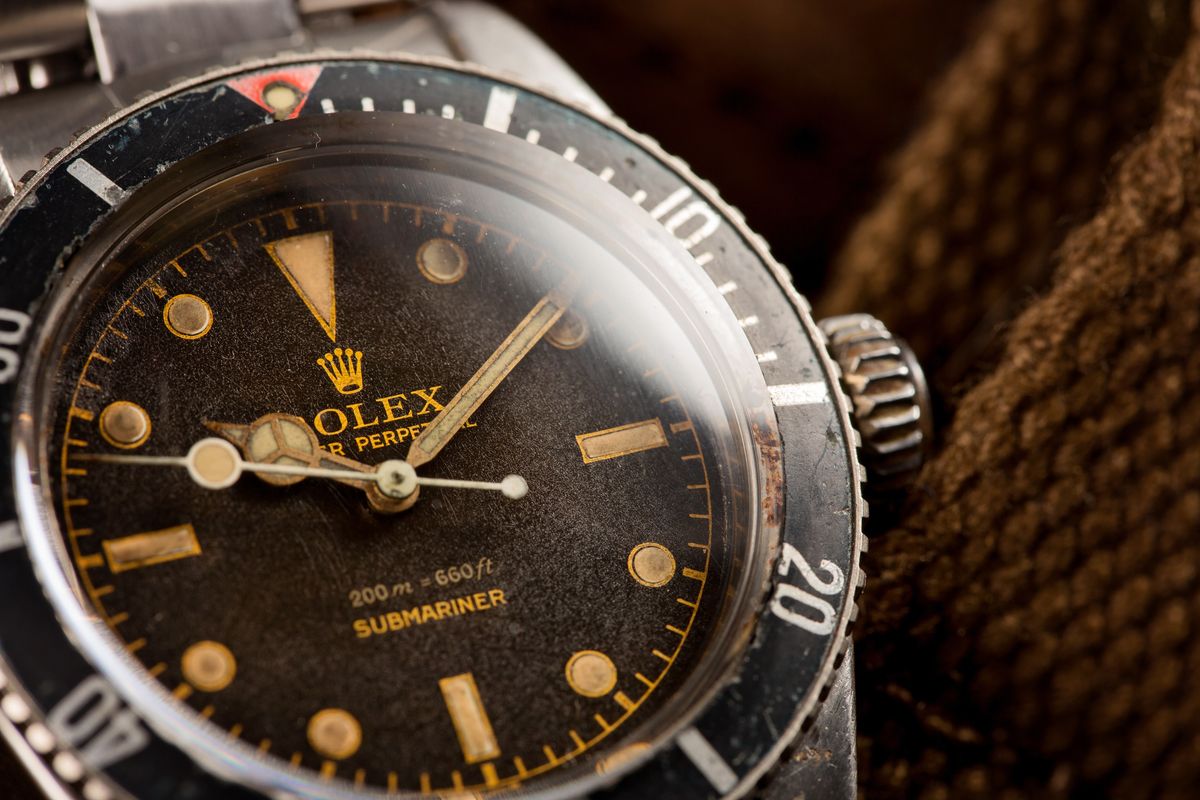 When it comes to the ref. 16613 there isn’t much to say – yet. Provenance wise, this timepiece just hasn’t had enough time to make its mark on the long and storied history of Rolex’s iconic dive watch. While there is slight variation among the reference depending on when the specific watches were manufactured, none of the differences are the kind of variation that accounts for thousands of dollars like on vintage Submariner references.

Details wise, the brilliant blue face against that ever-popular two-tone case and bracelet do enhance the price. This is an iconic look on an iconic timepiece, which has really helped it stand at $10k compared to the black two-tone models of the same era that typically sell for slightly less on the secondary market. 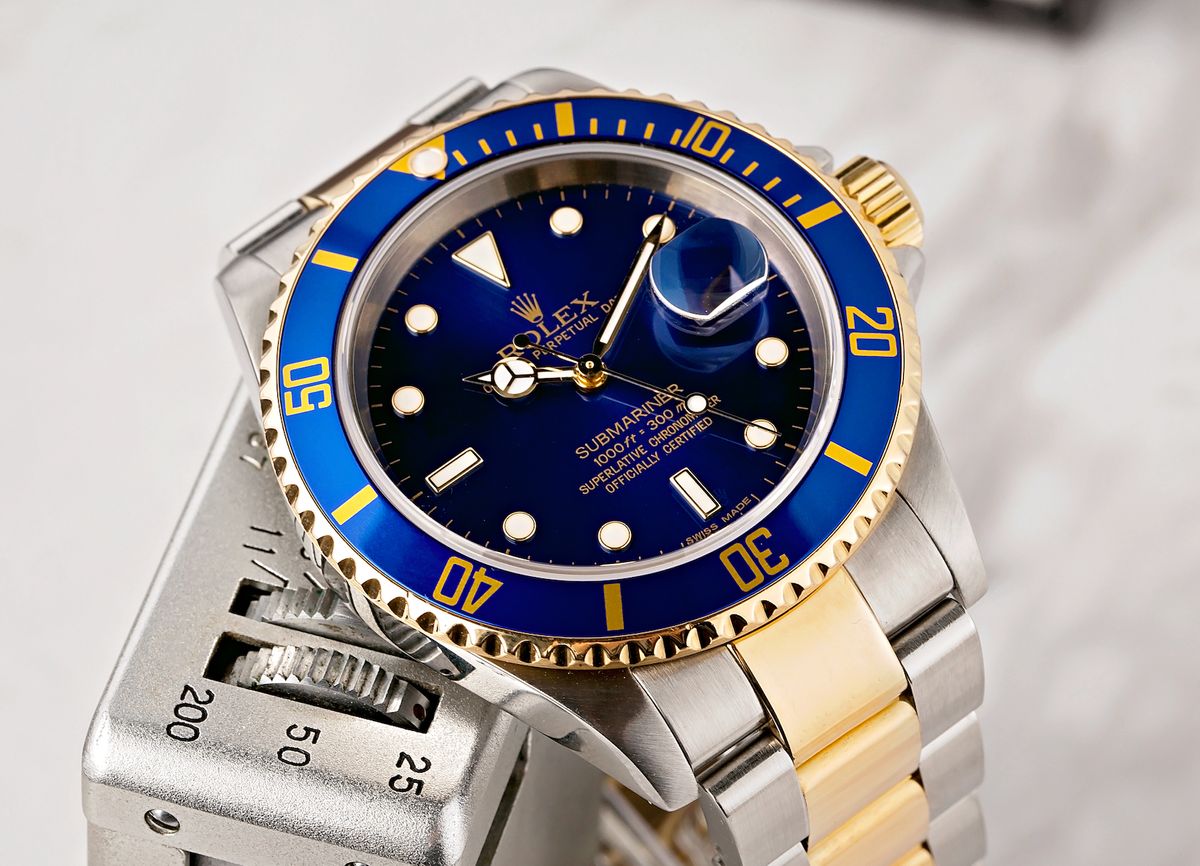