Silicon in Watchmaking: The Future of a Fad?

About ten years ago I was very excited about the future of silicon and what it was about to do to the watchmaking industry. It was a sign of my youth. That kind of naive optimism is hard to come by now the realities of this industry and its glacial development have bedded in. But it isn’t just the fact that things move slowly in the world of luxury watches; it’s that they sometimes don’t move at all. In fact, it is the static, anachronistic nature of the industry en masse that defines its character. 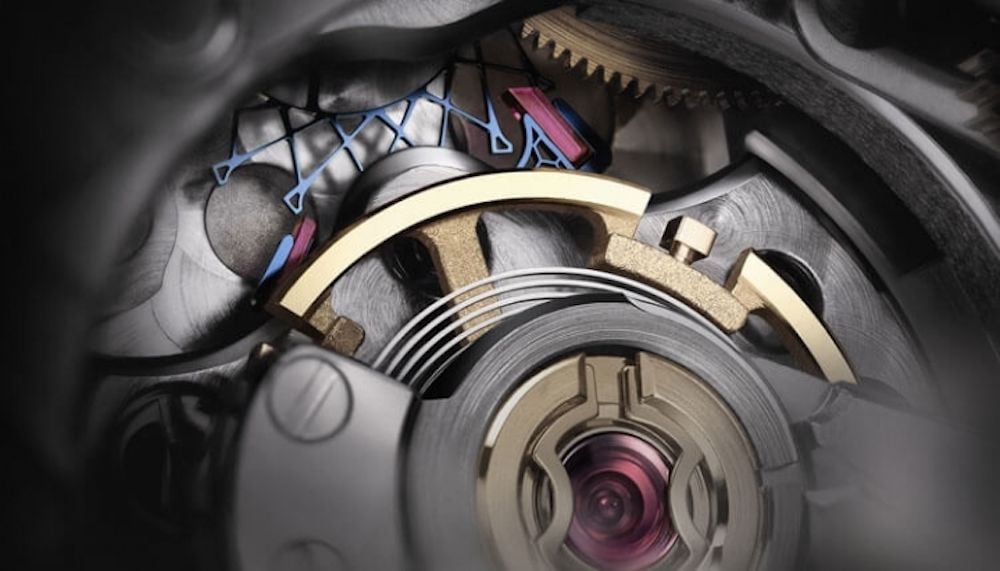 Will silicon be the future of mechanical watchmaking? (Image: Breguet)

I first entered the watchmaking industry when I was 17. I worked in retail, selling fashion watches (Police, DKNY, Fossil and the like), and changing the occasional battery. I became hooked on these little wonders, and resolved to make a career out of their repair and admiration. The silicon revolution (that never actually happened) really ramped up in intensity during my apprenticeship. I became bewitched by the possibility. I was mesmerized by the technical and aesthetic potential of this new material. More than anything, I was hopeful – hopeful that I would be present for a real change in our industry. 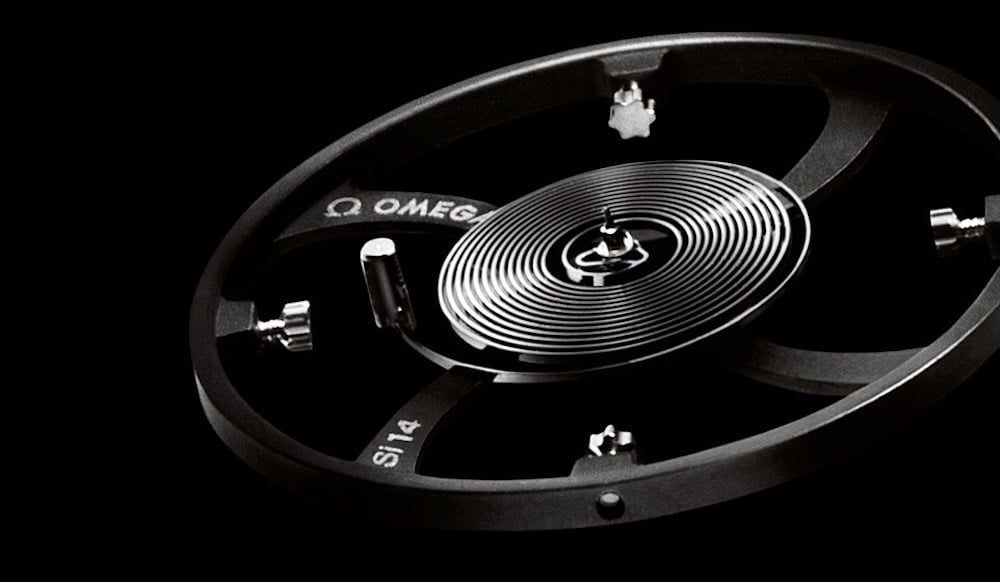 Certain companies such as Omega have started using silicon in a large number of their movements, giving them anti-magnetic properties. (Image: Omega)

I really, truly, genuinely believed that silicon escapements were about to become the norm. And while that may be becoming true for the hairspring at least, the majority of escapement components remain materially unchanged. And despite silicon’s remarkable tribological properties (the fact that is effectively self-lubricating), only a handful of companies have explored its suitability as a potential replacement for synthetic corundum (ruby) jewels. 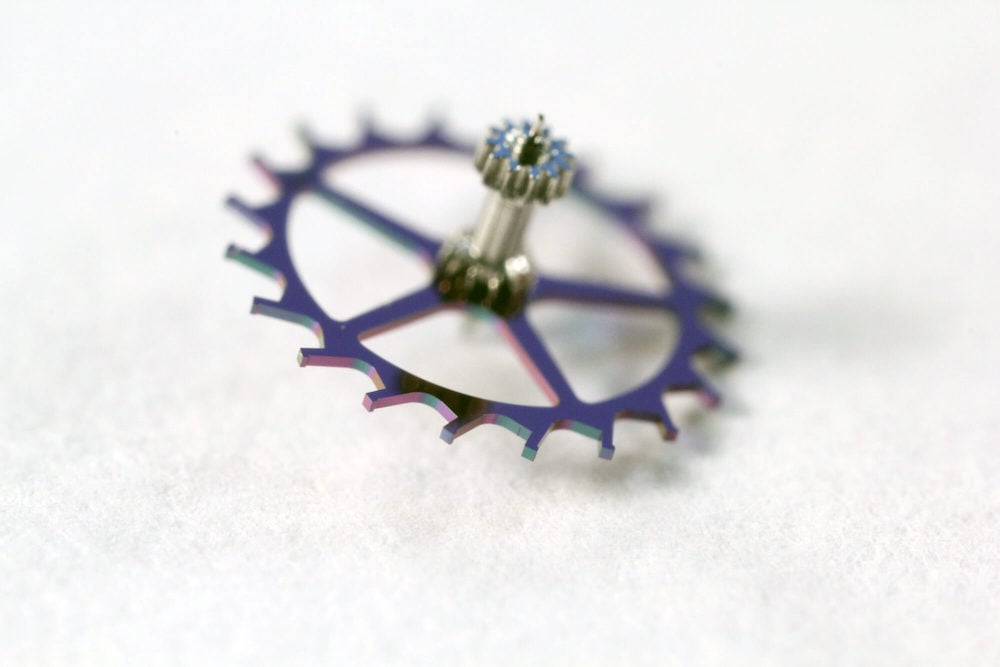 In addition to being unaffected by magnetic forces, silicon is also virtually self-lubricating. (Image: Breguet)

What my hope displayed was a fundamental misunderstanding of why the industry still existed. At that age I was pretty wet behind the ears when it came to watchmaking history. I felt as if I had stumbled into a whole new world of intrigue that was mine and mine alone. It took a while to appreciate that watchmaking had existed for a lot longer than my interest in it had. 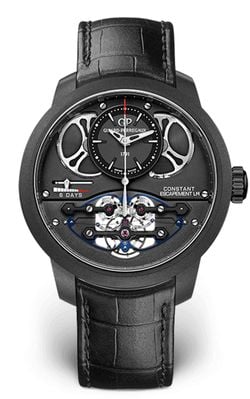 Despite its many beneficial properties, silicon may not be the future of mechanical watchmaking. (Image: Girard Perregaux)

In those days I was convinced that the aim of the game was accuracy, replicability, and aesthetic ‘perfection’. I was missing the point on all three counts. Aesthetic perfection is subjective, replicability lacks heart, and accuracy (the ends) will always play second fiddle to how it that accuracy is attained (the means). 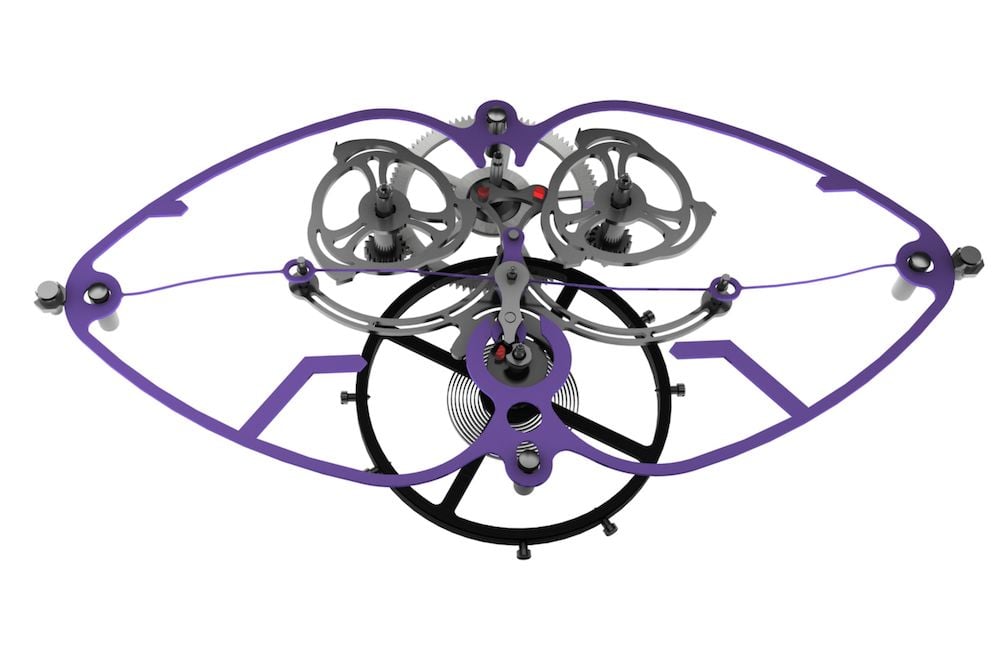 I’d been aware of the quartz crisis (the period in the 1970s when cheap, supremely accurate electronic modules threatened to eradicate mechanical watchmaking entirely) in my youth, but for some reason I never noticed the corollary between of that branch of calibers and the silicon-infiltrated mechanical movements I was frequently extolling. 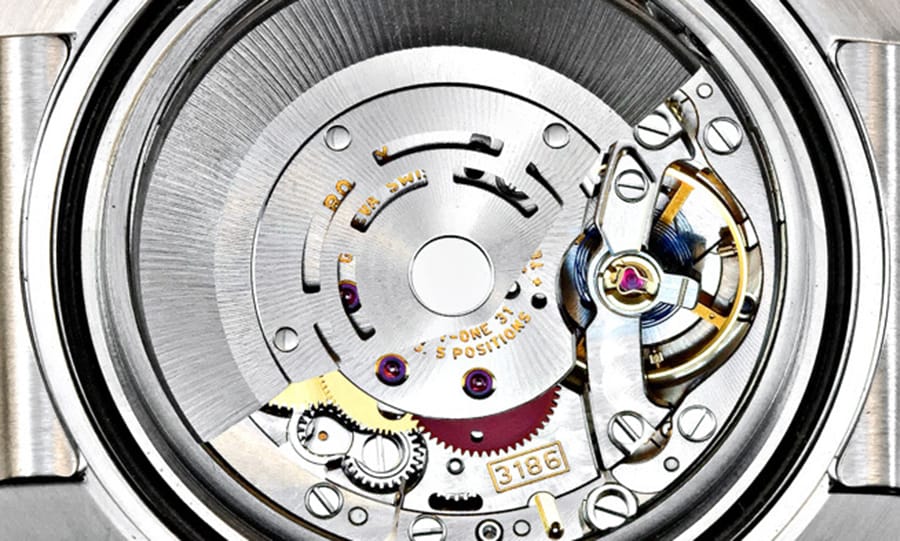 Not made from silicon, the Rolex blue Parachrom hairspring is constructed from an alloy of niobium and zirconium that has an oxide coating.

Let me break down the problem with my old love of silicon for you: If accuracy is the only goal, then radio-controlled watches linked to an atomic clock have already won the race. If radio signal isn’t available, super quartz is a pretty neat alternative. A regular quartz watch keeps time accurately enough for the average person to live their life by. A mechanical watch with silicon components that may well be able to outperform a traditional mechanical watch in terms of isochronism (regular timekeeping) will never be able to match the accuracy of even a basic quartz module (that costs about a buck to buy from a wholesaler). But for a long time, I just couldn’t see how silicon was anything but a good thing. Given the list of beneficial attributes, that’s hardly surprising. 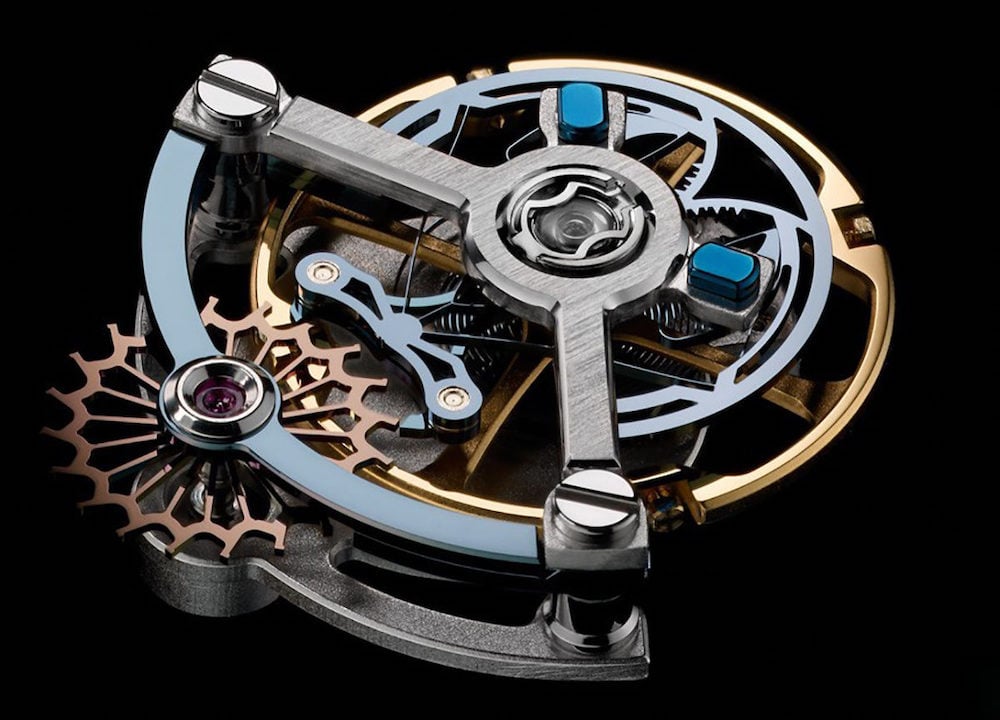 As far as the pursuit of “perfect” performance, even the best mechanical watches are still inferior to radio-controlled quartz movements. (Image: Ulysse Nardin)

Silicon (also known as silicium) has several huge upsides in timekeeping in general, but perhaps the most relevant in today’s evermore magnetic world is its resistance to EMFs (electromagnetic frequencies) generated by daily items such as cellphones, laptops, televisions, and so on. It is also highly shock resistant, is lighter than steel (as well as being harder), never needs lubrication, and can be cut using a process known as DRIE (Deep-Reactive Ion Etching), which enables highly complex shapes to be created with mind-boggling precision (if you want a perfect example of what I’m talking about here, check out the Zenith Defy Lab that was first shown in Baselworld 2017 and pay close attention to its 15Hz silicon oscillator, visible front and center). 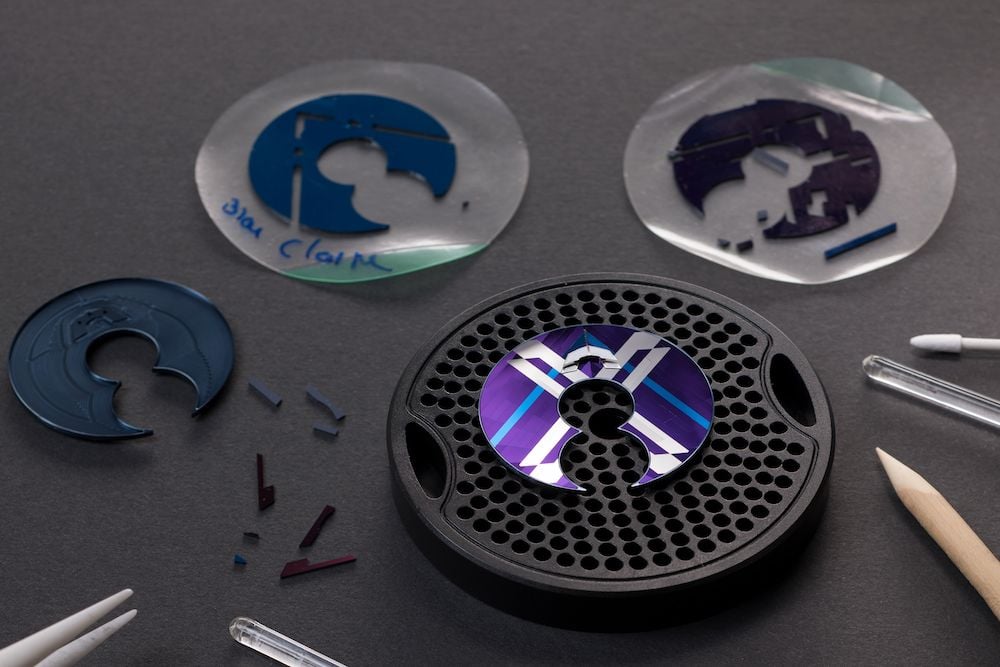 Silicon components created in this way are incredibly stable, can be produced in mass series with exact homogeny without having to be touched (and therefore potentially ruined) by a human hand.

And therein lies the rub. It was this realization that caused me to check my mad obsession with this new material. As we move away from the literal craftsmanship required to hew a watch from raw materials, we lose the very purpose of the industry’s continued existence – to emote.

It would be possible to produce almost every movement component out of silicon, but the result would not be something I would find appealing. Why? Because its production is sterile. It’s too perfect. It lacks character and, quite crucially, humanity. 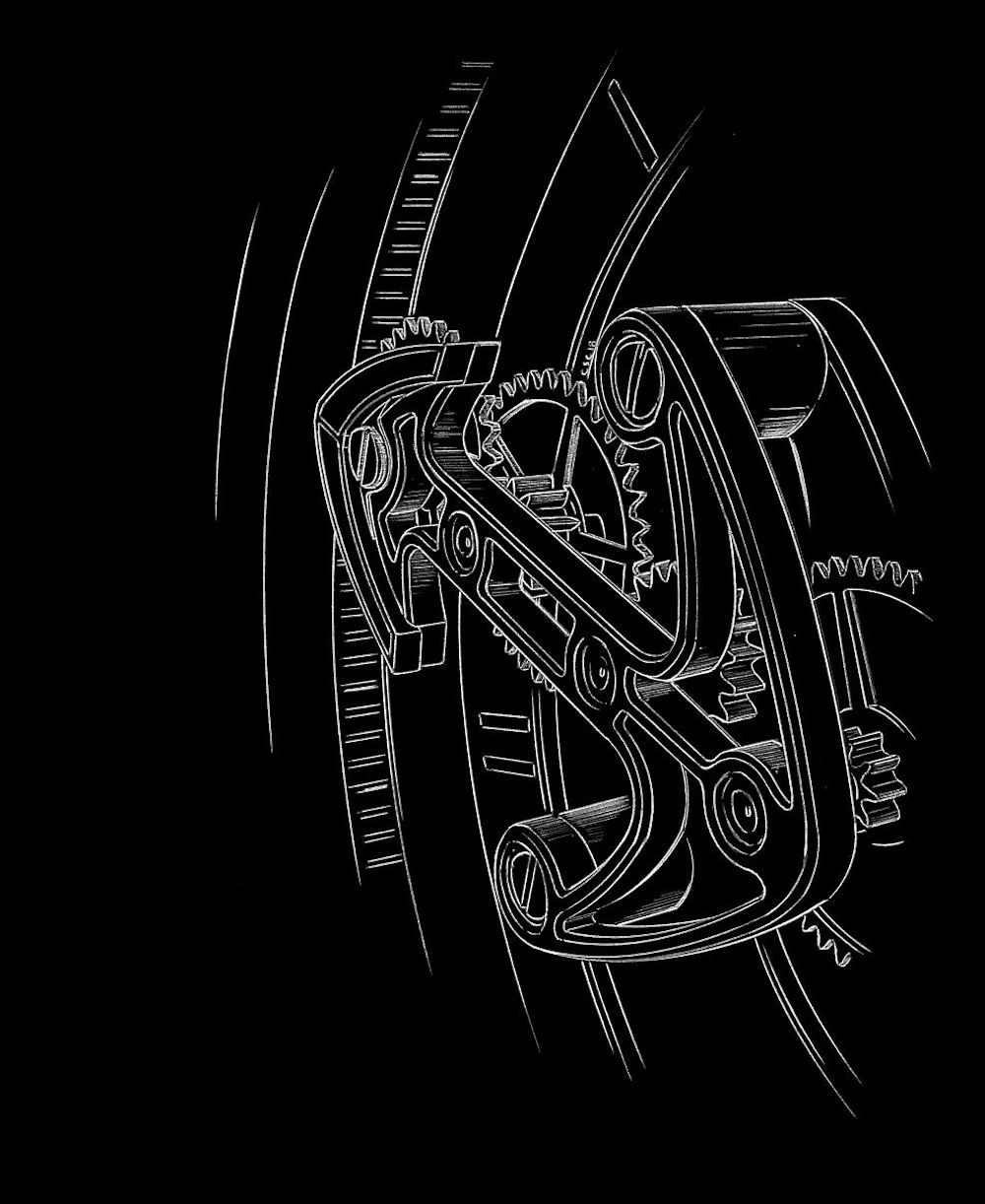 The “perfect” nature of silicon manufacturing may ultimately detract from the heart and tradition of mechanical watchmaking. (Image: Ulysse Nardin)

Mechanical watchmaking should no longer exist. It is obsolete, and it is expensive, and it is inefficient, and it exists for no practical purpose whatsoever. But the industry persists because it is not, nor has it been for quite some time, all about timekeeping. It is about a challenge. A human endeavor to fashion from the world around us a mechanism capable of tracking the one thing we cannot bend to our own will in the same way as we can physical materials – time. 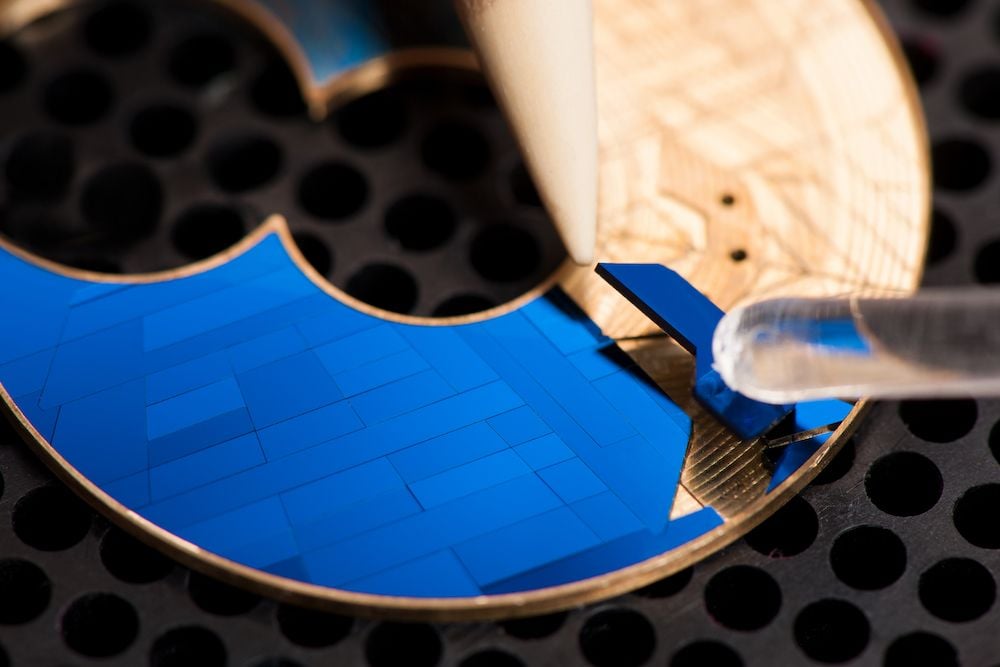 Many individuals appreciate traditional luxury watchmaking because it is not a perfect art that can be endlessly replicated by machines. (Image: Ulysse Nardin)

It is an art, and an artful game in which humans engage for very human reasons. It is an existentialist pursuit wrapped up in beauty, and craftsmanship, and love. Electronic technology couldn’t bury the passion sired by these mechanical miracles that fill our lives with joy, nor could the ‘chemical’ revolution that saw silicon as its champion. 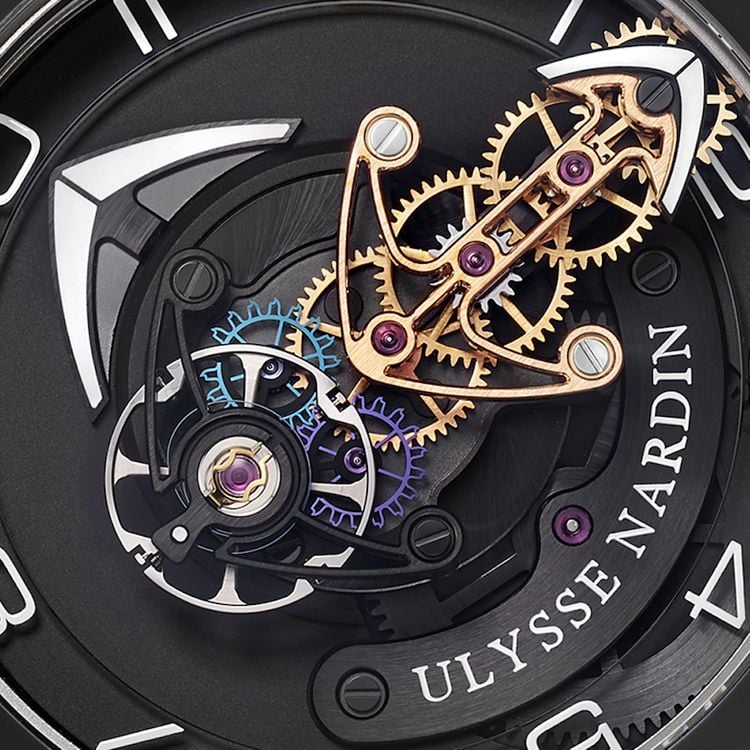 Watchmaking is not meant to born of the lab, but rather of labor. (Image: Ulysse Nardin)

True watchmaking is the result of blood, sweat, and tears. It is the preserve of those who dedicate their lives to a craft that is now a true art form rather than a necessary service. And as wonderful, and as efficient, and as practical as new, scientific technologies may be, they will never usurp the artisanal masterpieces that set our hearts a fluttering. That’s because watchmaking is not meant to born of the lab, but rather of labor. And as long as that remains a labor of love, so too will our craft continue.