Recently I attended the Good Design Forum South Australia, which debated the merit of innovative product design. Interestingly, the event was held at the (now defunct) Mitsubishi car plant, in a suburb called Tonsley. Unfortunately, mainstream car production has virtually disappeared in Australia because it is more commercially viable to manufacture in regions like Korea.

However, there is a glimmer of hope because Brabham has decided to make their BT62 supercar in Adelaide. This mid-engine automobile is constructed predominantly from carbon composites and Kevlar to enhance performance and reduce weight. Interestingly, these types of materials have also become very popular in the watch industry – a trend led by brands like Audemars Piguet, most notably in their Royal Oak Concept Carbon. 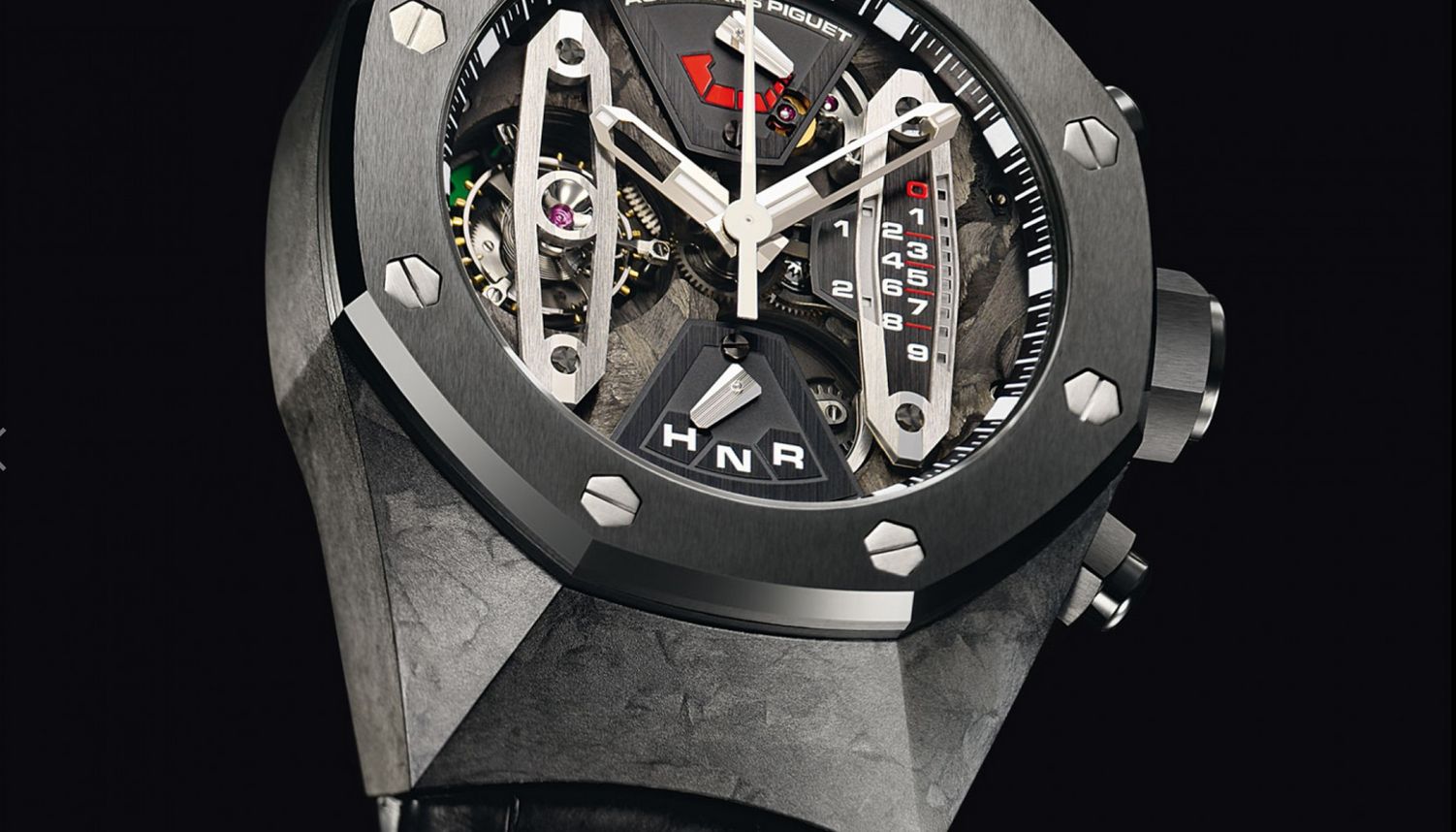 In the world of horology, the name Audemars Piguet is synonymous with quality and exclusivity. The business is still privately owned and is located in Le Brassus, Switzerland. Incredibly, the brand turned over revenue of 1.1 billion CHF last year, which is absolutely staggering – especially considering that giant companies such as LVMH and Richemont Group also have brands operating within the same space.

One of Audemars Piguet’s most popular watches is their iconic Royal Oak, which was first presented in 1972 at Baselworld. Even the company’s Chief Executive Officer, François-Henry Bennahmias wears a model from the Concept series – the Royal Oak Concept Tourbillon Chronograph Openworked Selfwinding. Certainly, it doesn’t surprise me, because they are incredibly distinctive. Ultimately that is why I featured the Royal Oak Concept Carbon in my forthcoming book about independent watchmakers. 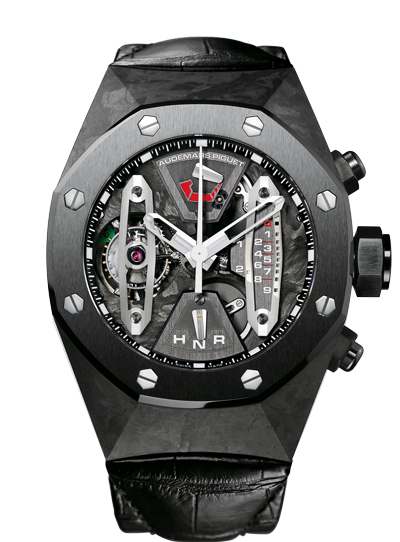 In addition to a tourbillon complication and linear chronograph functionality, the Royal Oak Concept Carbon features indicators for both the crown position and power reserve (Image: Audemars Piguet).

Audemars Piguet was one of the first watch brands to use forged carbon for the construction of their watch cases. This material (predominantly used in the aerospace industry) is a combination of carbon and resin that is compressed in specially made moulds. Strategically, AP decided to establish a facility in-house rather than outsource production. In 2007, they unveiled their first forged carbon timepiece (Alinghi Team Royal Oak Offshore), which commemorates their partnership with the Swiss team that competes in the Americas Cup. However, this timepiece seems almost humble in comparison to the Royal Oak Concept Carbon. 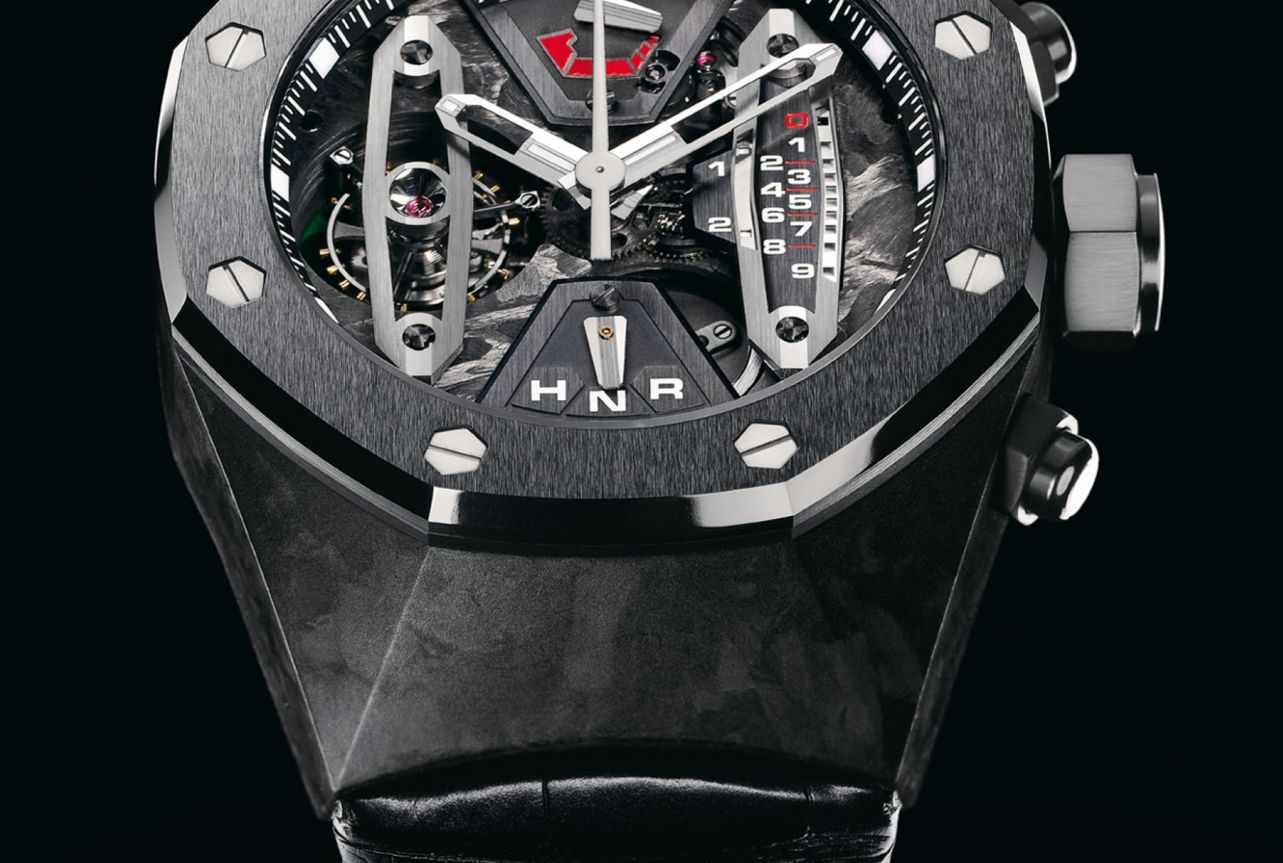 While the case is made from forged carbon, the bezel, crown, and chronograph pushers are craft from black ceramic (Image: Audemars Piguet).

Aesthetically, the Royal Oak Concept Carbon truly is a remarkable looking watch. Complimenting the angular, 44mm forged carbon case is a marvelous multi-layered architectural dial. This distinctive characteristic gives the recipient an intimate glimpse of the 34-jewel, manually wound, in-house mechanical Caliber 2895 movement, which features a tourbillon and is comprised of 388 individual components.

Other features include a matte black ceramic bezel and open-worked hour/minute hands. In terms of functionally, the Royal Oak Concept Carbon features hours, minutes, central sweep seconds, and a 30-minute chronograph with a linear display. The watch also boasts both crown position and power reserve indicators, and has an impressive power reserve of 237-hours (almost 10 days). Despite its complex features, the forged carbon case, titanium caseback ring, and black ceramic screw-down crown allow the Royal Oak Concept Carbon to be water resistant to a depth of 100 meters.

Although it can hardly be considered an understated dress watch (despite its rather monochromatic color-profile), the Royal Oak Concept Carbon is a bold and unique timepiece that combines modern, technologically-advanced materials with traditional mechanical watchmaking. 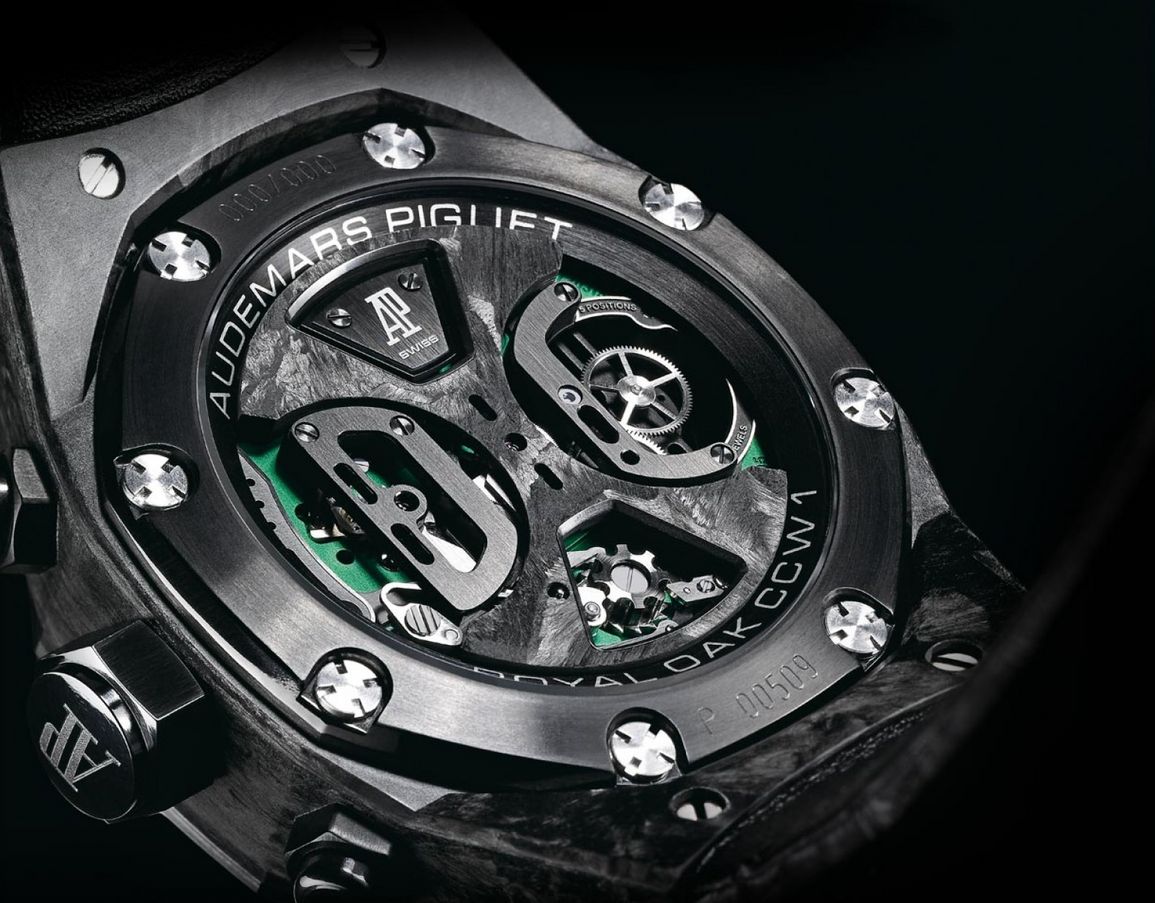