In 1955, Rolex unveils their very first model of their now-famous pilot watch – the Rolex GMT-Master ref. 6542. A tool watch through and through, the GMT-Master was made specifically for commercial airline pilots. And not just any airline, but the reigning airline of the day, Pan Am.

As pilots were traveling greater distances they flew over several time zones and encountered a new phenomenon known as jet lag. Pam Am realized that their pilots would need a way to keep track of two time zones simultaneously and called on Rolex to build them a special watch. The Swiss watchmaker naturally obliged and the GMT-Master was born. 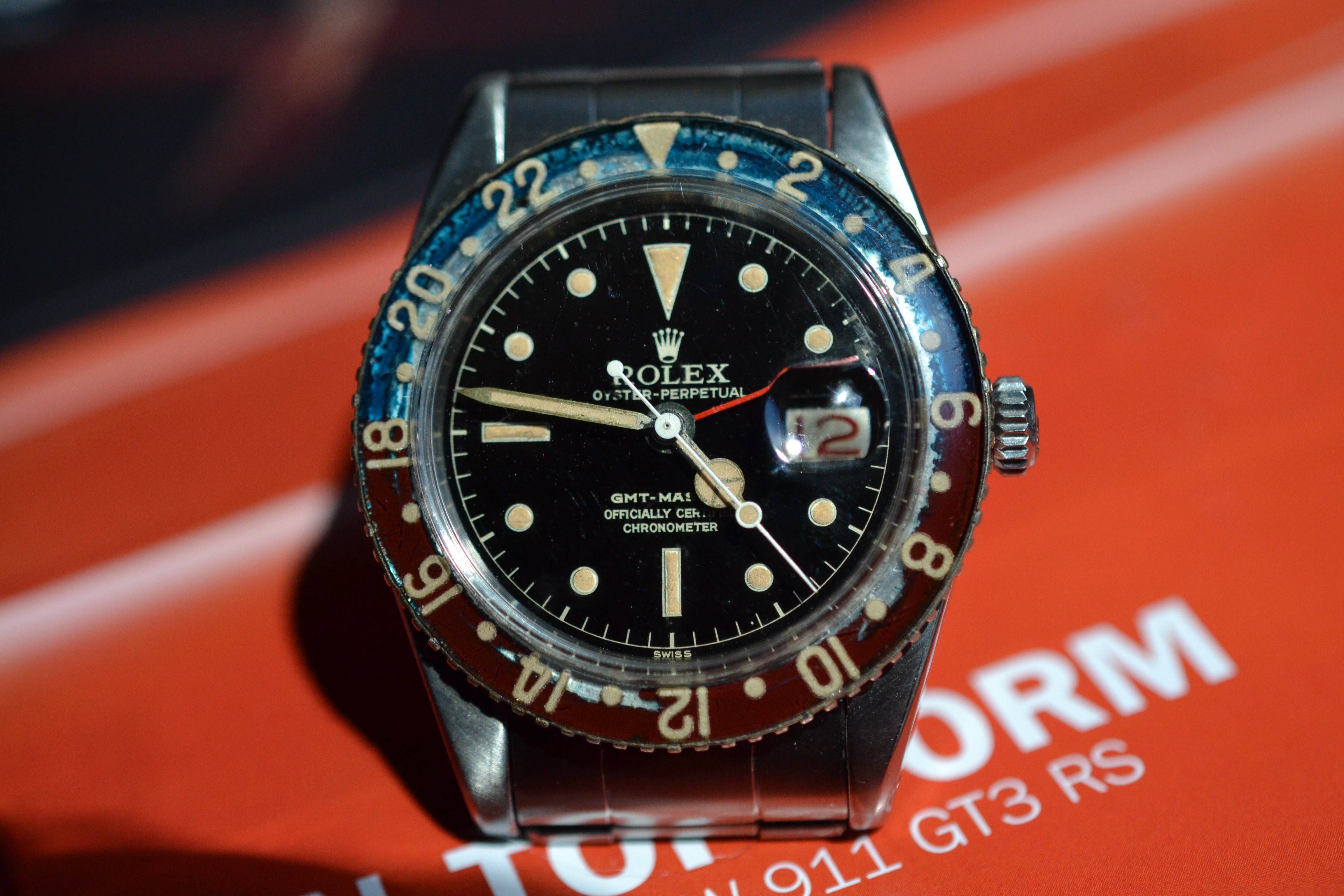 GMT-Master ref. 6542 is a tool for aviation. (Credit: IsringTime)

In fact, the bezel of the GMT-Master – even today – is arguably the watch’s most important design detail. The bezel of the GMT-Master was marked with 24 hours and that, coupled with the extra 24-hour hand on the dial, allowed the watch to display a second time-zone. That supplemental time zone could be set to Greenwich Mean Time (GMT) – the international civil time standard used during that era – hence the name of the watch. 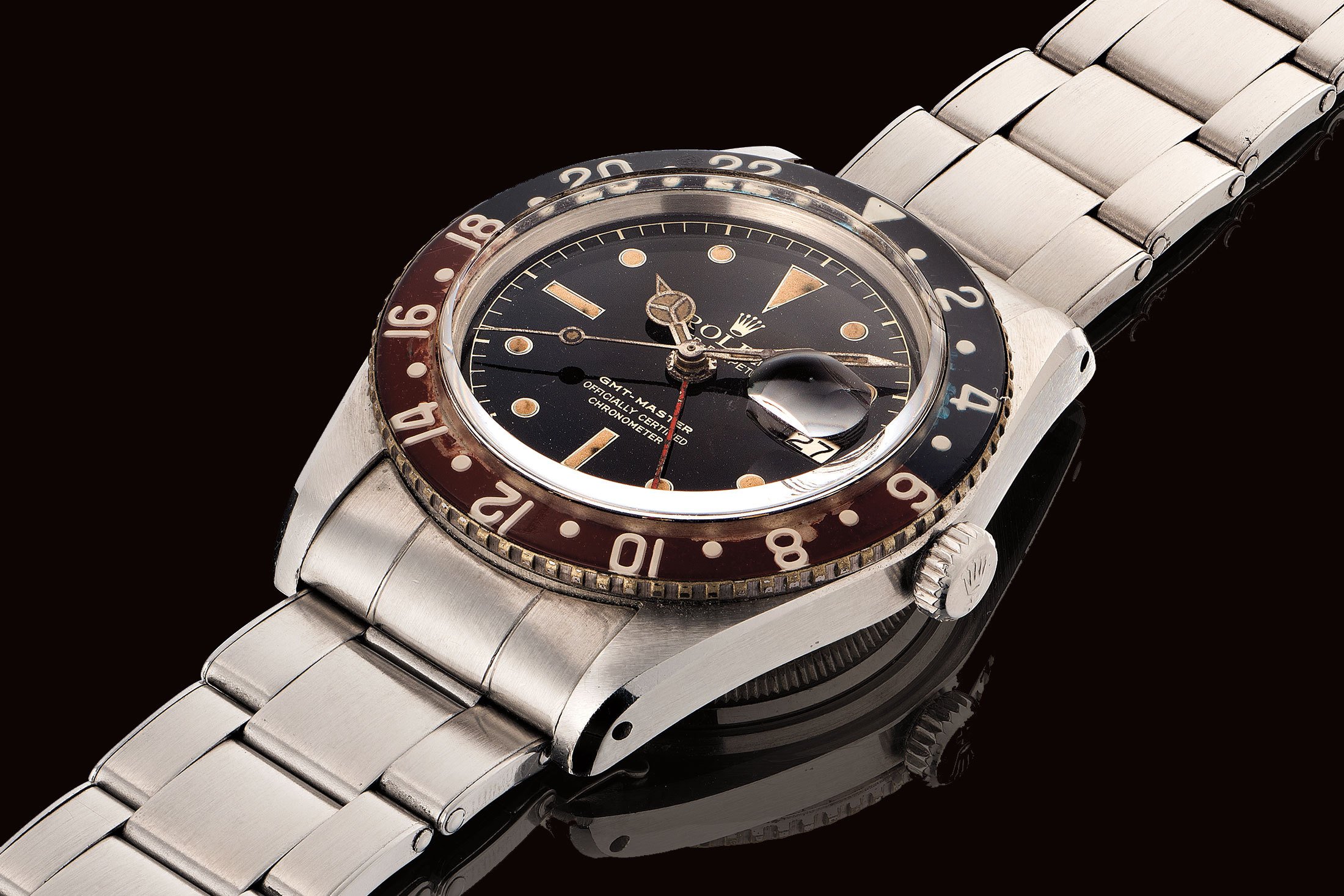 The GMT-Master was previously known as the Turn-O-Graph (credit: Bloomberg).

Further adding to the practicality of the bezel was the use of two colors. Red was to signify daylight hours while blue marked nighttime hours. The blue and red colors of the Rolex GMT-Master ref. 6542 became an icon of its own right and picked up its own nickname – the Pepsi bezel.

The Rolex 6542 included a luminous bakelite bezel insert, however, this material was very prone to cracking. Therefore, Rolex quickly replaced it with a metal bezel insert in 1956.

The Four Short Years of the GMT-Master Ref. 6542

In addition to replacing the bezel material, Rolex also outfitted the ref. 6542 with three different movements. First came the Caliber 1036, then the Caliber 1065, and finally the Caliber 1066. Of course, each of these was an automatic movement powering the time, date, and extra 24-hour hand. The 24-hour hand and the traditional 12-hour hand were directly linked. Thus, the wearer would set his local time on the main dial and then adjust the bezel to line up with the GMT hand accordingly to correctly indicate his second-time zone. 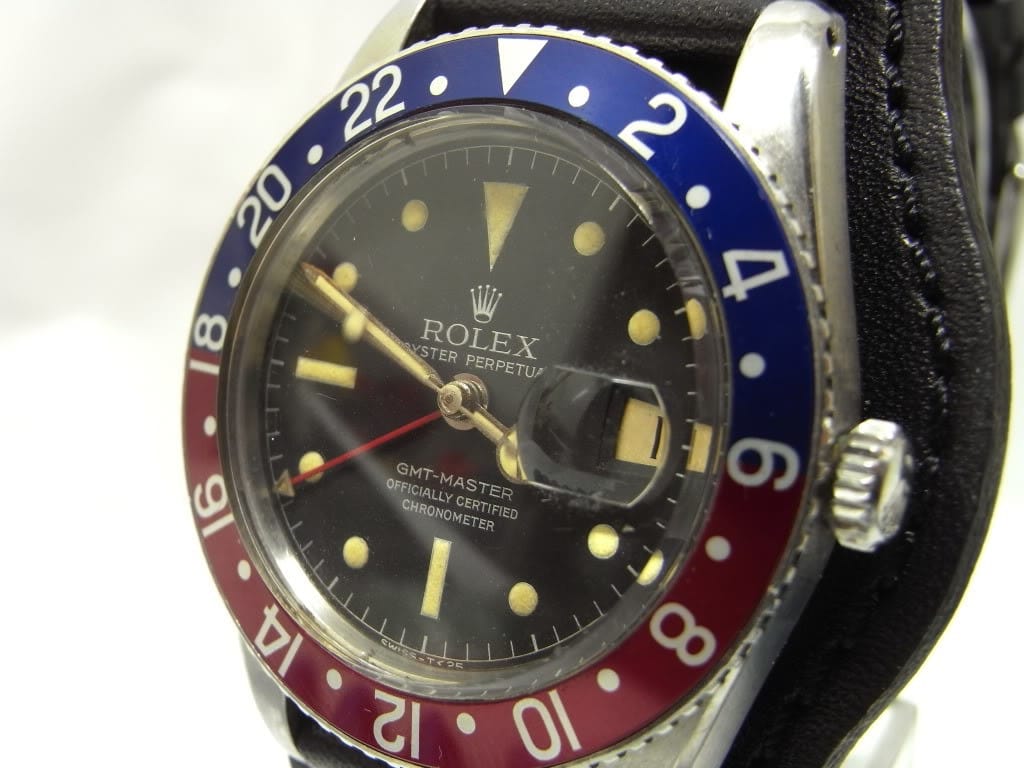 An absolute grail watch if you can ever get your hands on it, the legendary Rolex GMT-Master ref. 6542 made history by paving the way for one of the most famous aviation timepieces to date.