A Closer Look at the Rolex GMT Root Beer

The Rolex GMT Master comes in several bezel, metal, and dial options. The popularity of the GMT Root Beer has grown considerably in the decades since its release and is no longer in production, making the two-tone Root Beer GMT 16753 an incredible find. 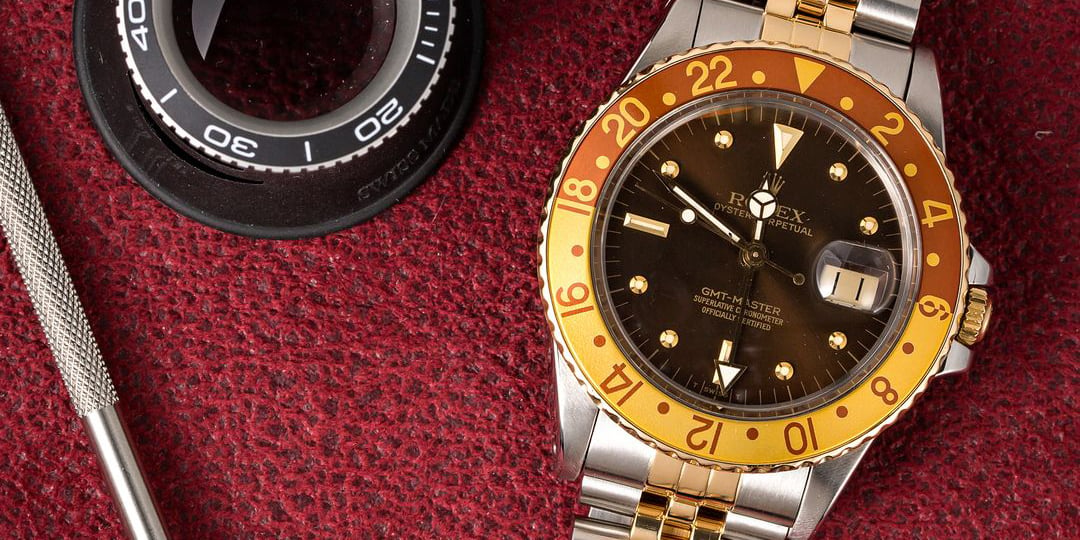 If we dive deeper into the history of Rolex in regards the GMT in general, the brand developed the GMT Master in 1954, as a solution to the aviation world’s need for a timepiece that could track time as pilots traveled through various time zones.  The result was a sports watch that included a 24-hour bezel that could be set against the GMT hand on the dial to track local and home times simultaneously.  Since its release, the GMT Master has grown into an impressive collection of feature sets. 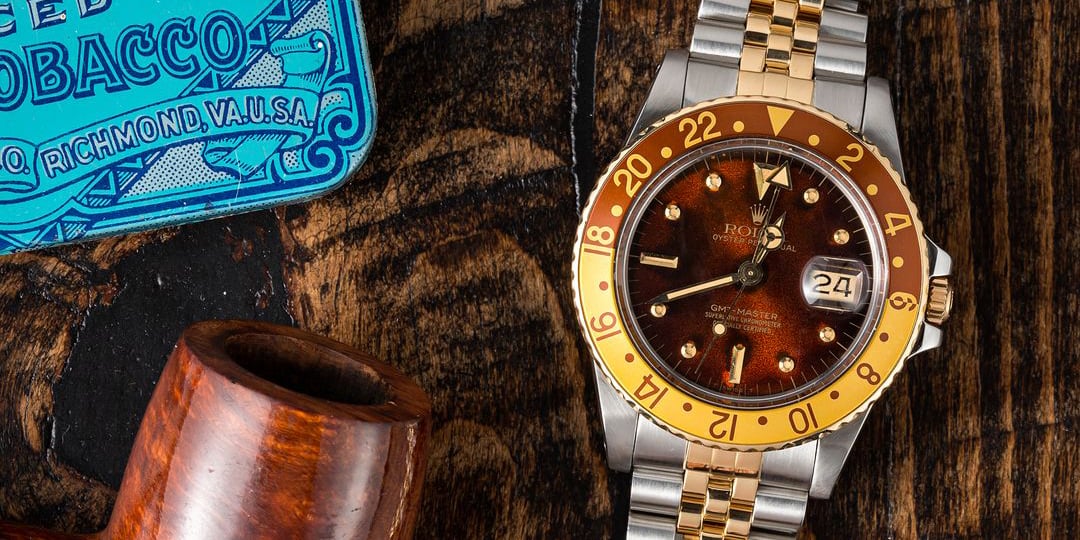 The Root Beer bezel is distinct, utilizing a brown and cream insert.  Its resemblance to the popular soda was the inspiration behind its beloved nickname.  The bezel is often accompanied by a brown dial with gold accents, lending itself to a few other nicknames as well.  First is the “Nipple Dial”, named after the gold nipple hour markers that adorn the GMT Master 16753.  Another nickname, however more uncommon, is the Tiger Eye or Tiger Augen after its resemblance to the precious stone by the same name.

The two-tone Rolex GMT Master reference 16753 is also referred to as the “Clint Eastwood.”  The legendary actor’s favorite Rolex model, Clint Eastwood was often spotted wearing a Root Beer GMT Master.  In fact, he loved his Root Beer GMT so much that it even made an appearance in his 1982 flick, Firefox.

A versatile and affordable option 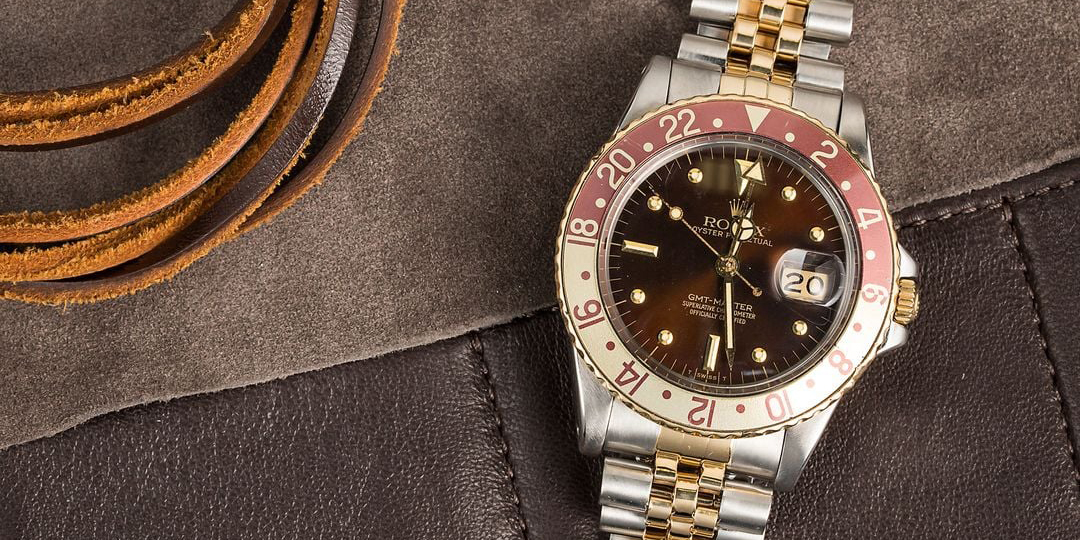 The Root Beer bezel looks striking when paired with a sophisticated leather strap.  A versatile choice, the leather strap Root Beer GMT Master reference 16753 is suitable for the boardroom or the cockpit of a commercial jet.  Additionally, the Rolex GMT Master price that will appeal to a broad range of customers, from those who are looking for their first unique Rolex purchase to experienced collectors.

Of the three versions of the GMT-Master II to break cover at Baselworld 2018, the one that had us talking the most is this two-tone so-called “Root Beer” GMT; the reference 126711 CHNR. Priced at $14,050 this latest addition to the Rolex GMT collection is particularly niche, though to be fair so was the original “Root Beer” GMT in its day, so maybe they’re onto something. 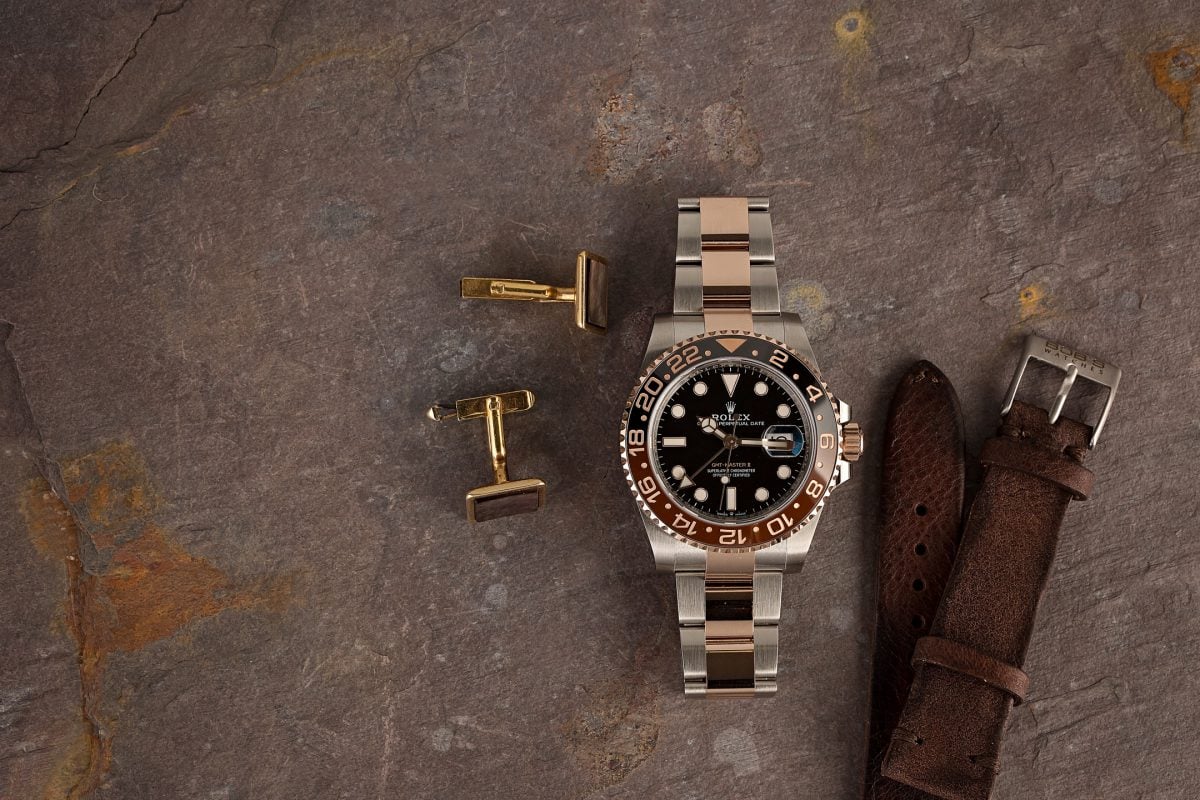 One of the more interesting selling features of the new two-tone GMT-Master II—officially referred to as Rolesor in Rolex’s website and other documentation—is the fact that it really has no true siblings when it comes to the selection of metals. There are other two-tone watches in both the GMT-Master II and Submariner model lines, however, at this time these models are only crafted of Oystersteel and yellow gold.

Whether or not you choose to call it a Root Beer GMT or not is up to you, but either way we really doubt that the brand will have a hard time moving this latest release.