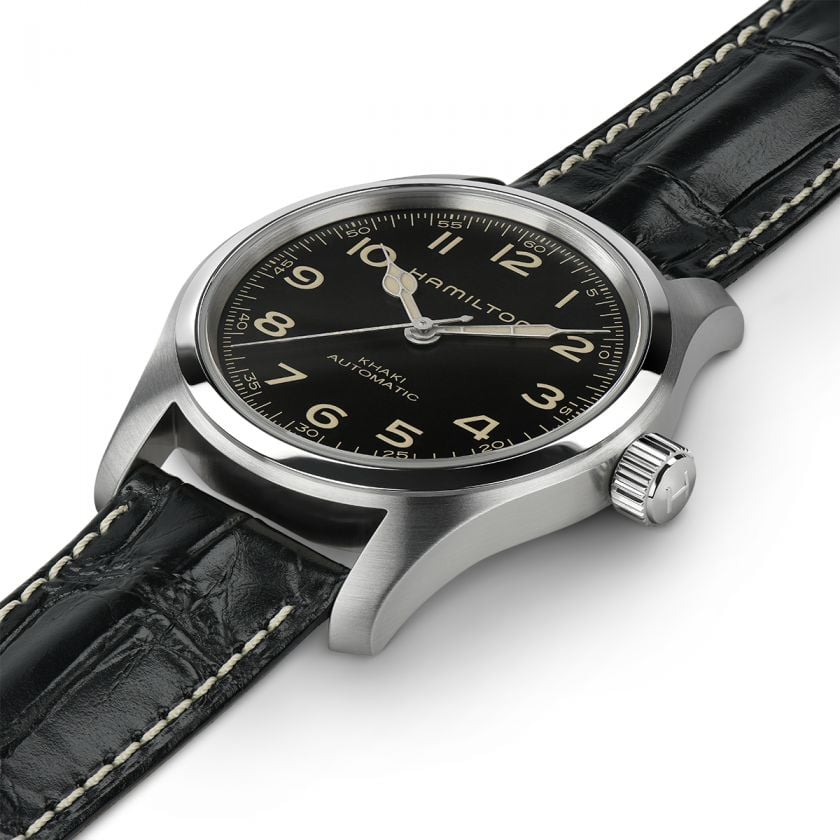 Inspiration can be found in the strangest, sometimes dullest of places. Case in point: I’m in love with the Hamilton Field Khaki ‘Murph’ edition. And I found it on the Hamilton website. Needless to say, I didn’t enter that website expecting to have my mind blown.

That may seem like an overblown reaction to what is a pretty conservatively styled watch (by Hamilton no less), but I have been waiting for this watch to hit the market since it was first featured in Interstellar (my favourite film) way back in 2014. 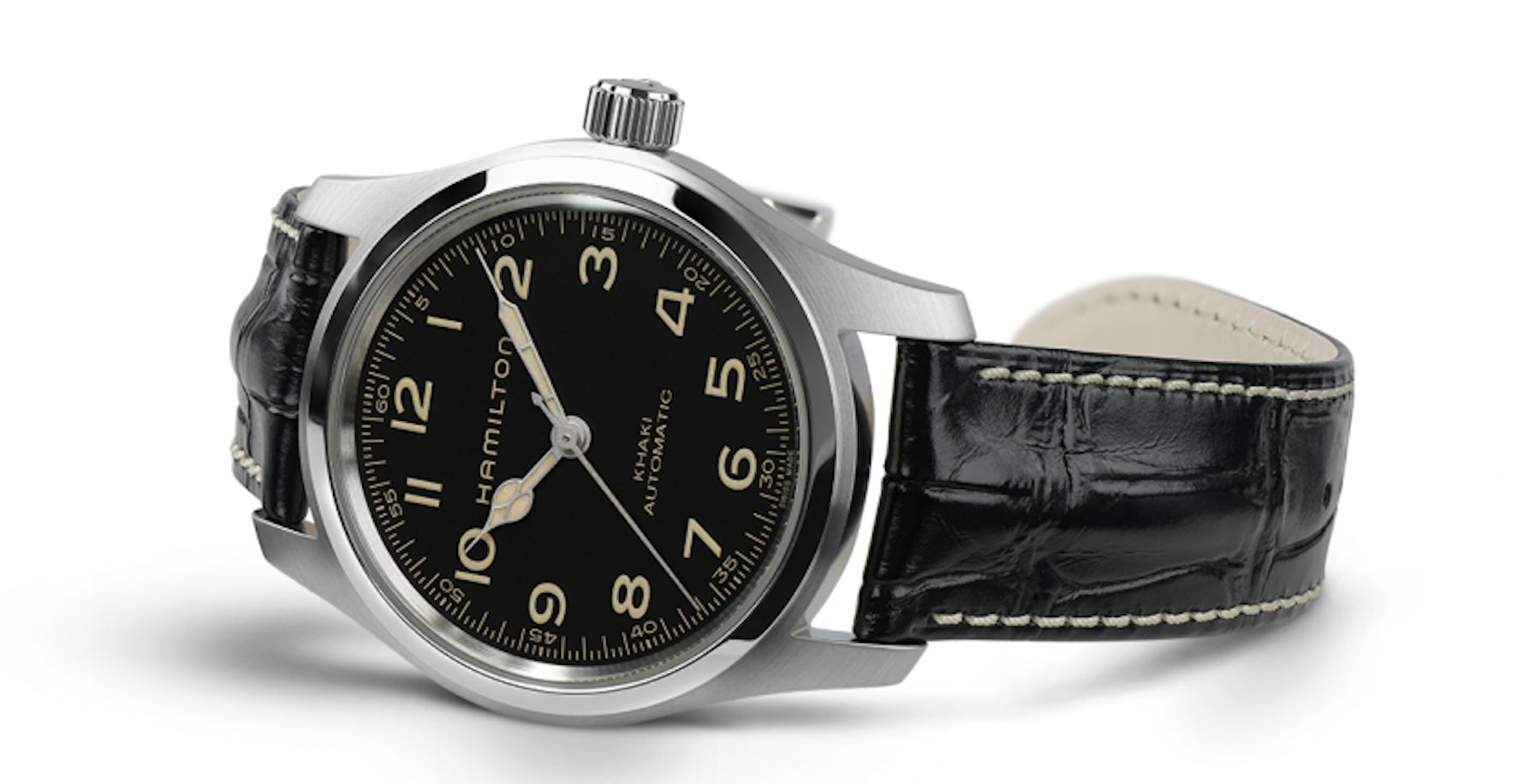 After nearly 5 years, Hamilton has finally answered prayers with a watch like the one from the film, Interstellar (Image: Hamilton).

Now really this piece is an ‘homage’ rather than a replica of the watch given by Matthew McConaughey’s character to his daughter Murph. But that slight departure doesn’t diminish the aura of the design. I think because the watch plays such an important part in the film, and is owned by a character I find supremely compelling, its desirability outstrips anything I could have imagined from the brand.

I don’t mean to hate on Hamilton, I’m just being honest. They make decent luxury watches that satisfy a certain segment of the market. I’ve owned several in my life – I still own two – and I worked on the brand when I was a watchmaker for the Swatch Group. I know them intimately. Rarely do they wow me. 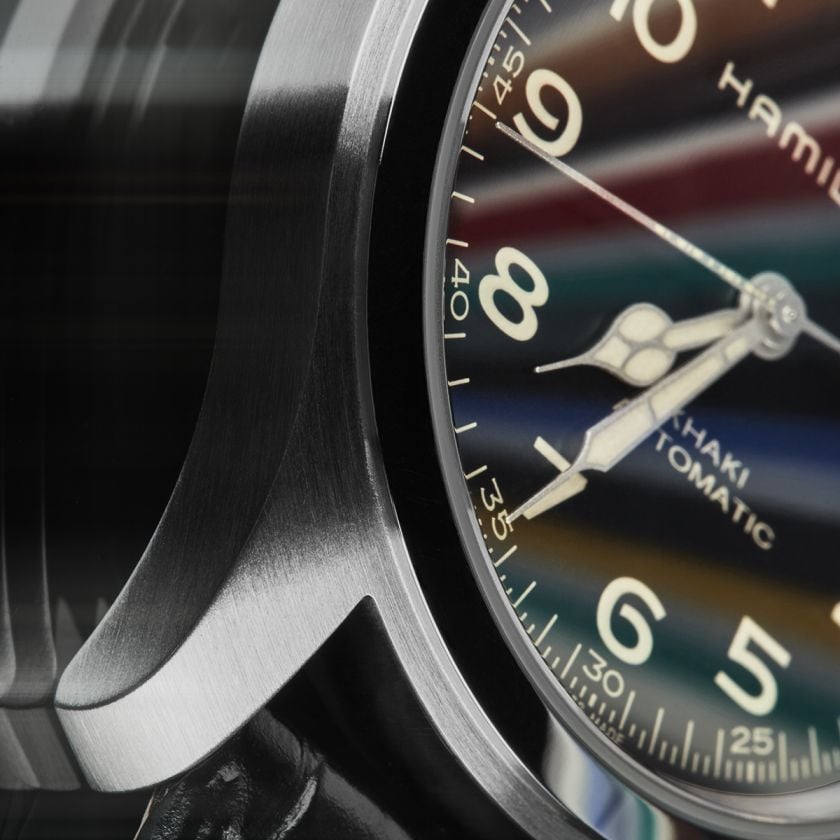 With a 42mm stainless steel case, 100m water resistance, and an automatic movement with an 80-hour power reserve, the Hamilton ‘Murph’ is perfectly suited for daily wear (Image: Hamilton).

The the ‘Murph’ is something different. Here we have an eminently wearable 42mm, stainless steel, automatic watch, with a 21,600vph operating speed, a ridiculously jacked-up 80-hour power reserve, water resistance to 100m, and a timeless dial that will make this subtle star a stalwart on your wrist for years to come.

The Hamilton Field Khaki Murph also has the ‘club’ factor. Being part of a group of people that understands and appreciates the same niche pastime is a pretty special feeling. The ‘Murph’ takes that potential further by crossing boundaries into the film world. Multi-industry appeal is a huge asset for a product’s desirability and its collectibility. 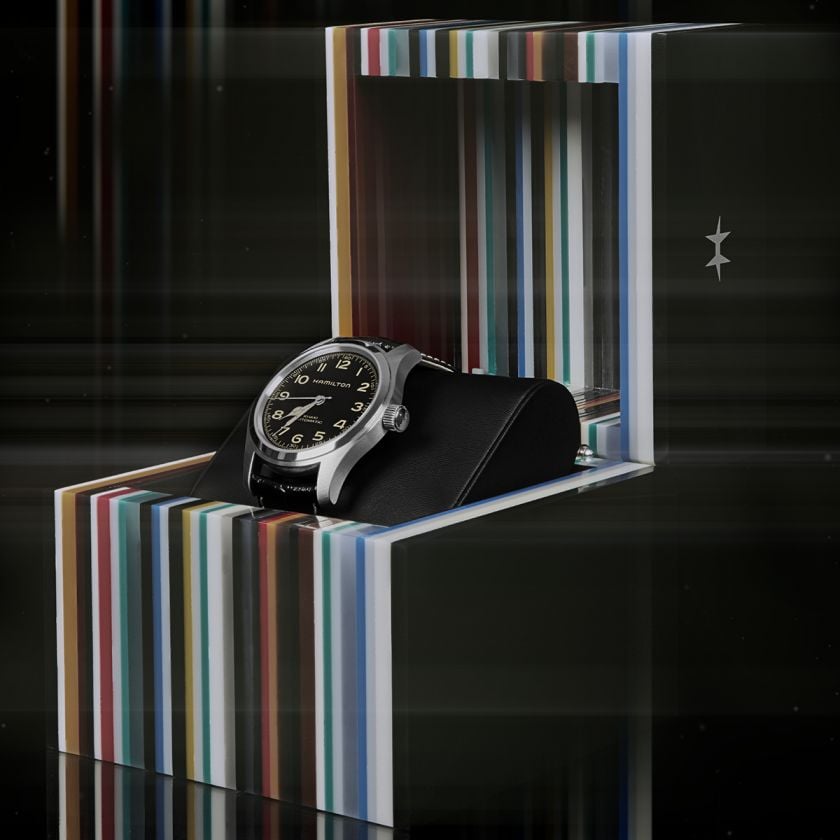 The Hamilton Khaki Field ‘Murph’ Auto is a watch that will equally appeal to both watch collectors and fans of the film (Image: Hamilton).

The Hamilton Field Khaki ‘Murph’ edition is not limited. However, the first 2,555 pieces will be delivered in a sweet, tesseract-inspired box.  The box wouldn’t make or break my decision to purchase, but it will certainly encourage me to hot-foot it down to my nearest dealer and pick one up. 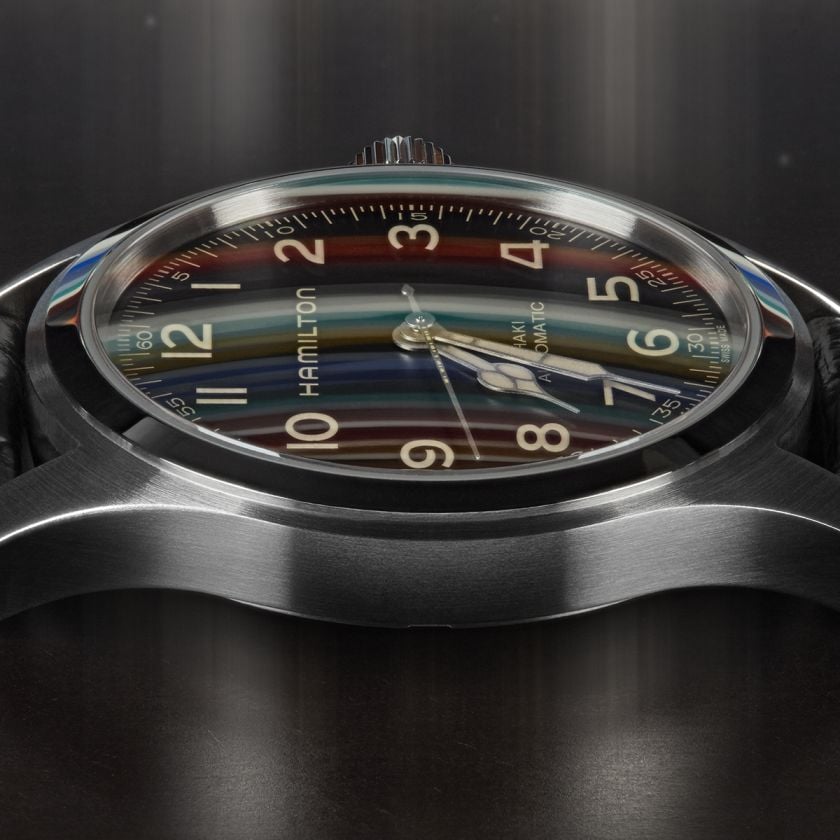 Printed on the seconds hand is a series of tiny dots and dashes – Morse Code for the word ‘Eureka’ (Image: Hamilton).

So what is it about this watch that makes it an homage rather than a replica? If you look very closely at the seconds hand in the above picture, you will see that it is decorated with a series of dots and dashes. Fittingly this is Morse Code for the word ‘Eureka’.

Did I need Hamilton to add something to differentiate this piece from the movie prop? Hell no. Do I appreciate it? Hell yes. Do I also like the way Hamilton have made the actual prop watches without the Morse Code 1,000 times more collectible? All I can say is bravo. 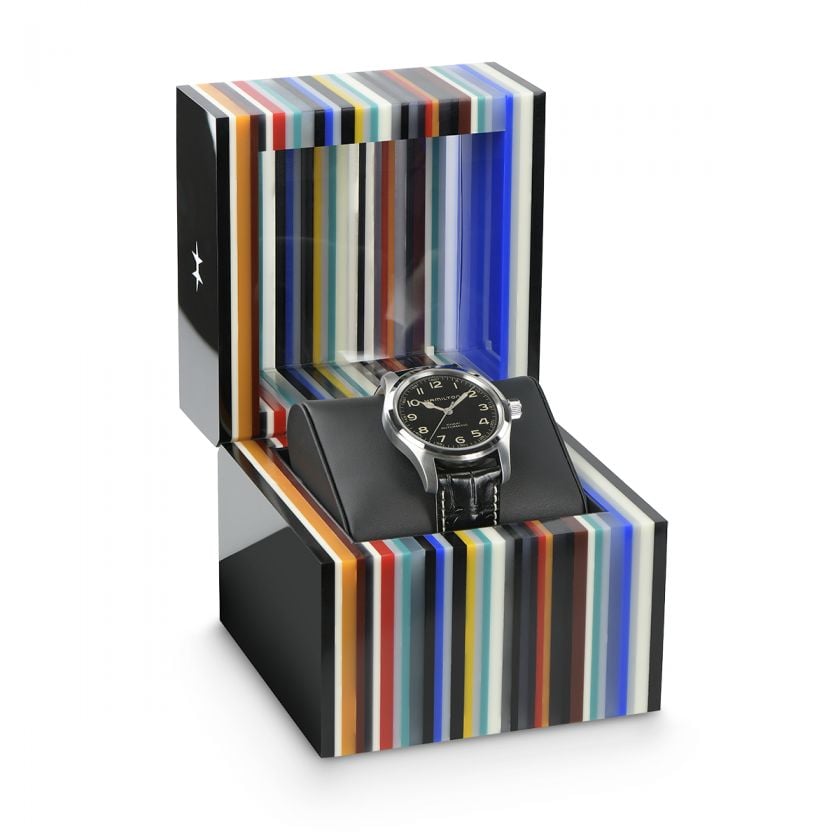 The first 2,555 pieces will be delivered in a tesseract-inspired box co-created by award-winning production designer, Nathan Crowley (Image: Hamilton).

Hamilton have knocked this one out of the park. The build quality and value proposition for their watches is always there if you can look past their middle-of-the-road desirability and compare them to more expensive Swatch Group brands, but the emotion is so often lacking. Biased as I am, I am the intended audience. In fact, I probably couldn’t be any more keyed in to this watch. Fans of watchmaking, of cinema, of Christopher Nolan films or specifically Interstellar will love this watch. It makes you feel part of something much, much bigger than yourself. And when faced with the majesty of time, what more could you possibly ask for? The cost of the Hamilton Field Khaki Murph is $995.