The New Rolex Yacht-Master II Gets a Facelift

While most of the attention at Baselworld’s Rolex pavilion is currently on the new Sea-Dweller, Sky-Dweller, and Daytona, there’s also a new Yacht-Master II to consider. “New” is perhaps a generous way to describe the 2017 Yacht-Master II. It’s actually more of a revamp than a new model. 2017 marks the 10-year anniversary of the Yacht-Master II. Therefore, it makes sense that Rolex would freshen up its design, even just a little. So, let’s take a closer look. 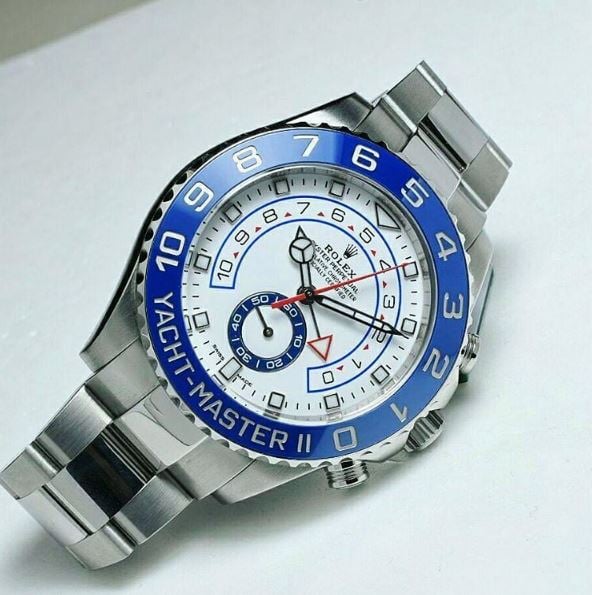 Other changes to the dial are found at the 12 and 6 o’clock hour markers. While previous versions had a dozen square indexes, the new version of the Yacht-Master II has only ten of them. Joining these ten are an upside-down triangle at 12 o’clock and a rectangle at 6 o’clock. Again, this is a similar design to other Rolex sports watches that fall into the Professional category.

Just like older versions of the Yacht-Master II, this year’s model also runs on the Rolex Caliber 4161 automatic movement. The in-house movement took 35,000 hours of development and comprises of around 360 components. The Yacht-Master II’s Caliber 4146 is actually based on the Daytona’s 4130 chronograph movement. In addition to the time, the 4146 also powers the regatta chronograph function. A feature most useful for those who compete in yacht races, the 4146 boasts a Rolex-patented “programmable countdown with mechanical memory and on-the-fly synchronization”. 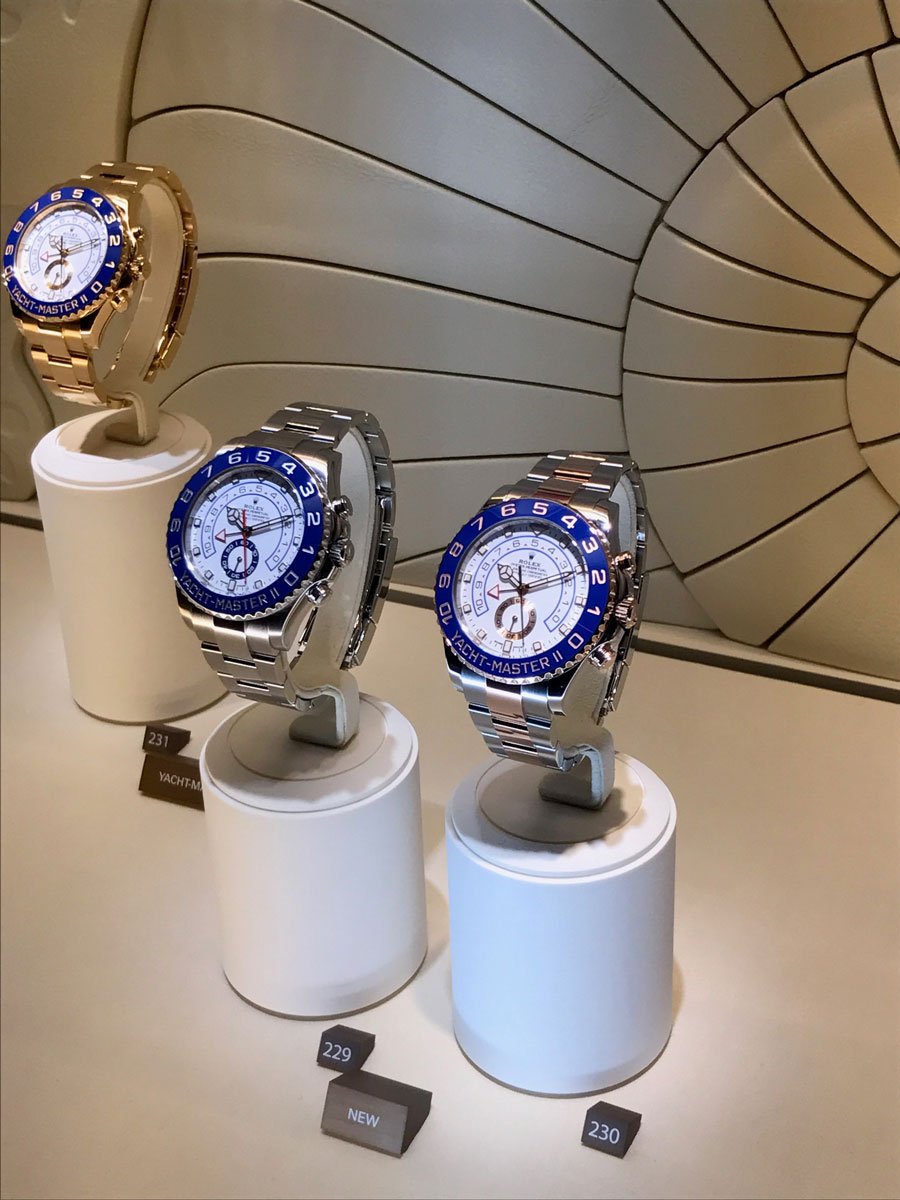 While the Yacht-Master II did not have any major changes for its 10-year anniversary, it has noteable differences. (Credit: @RolexDiver)

Essentially, the wearer can use the watch to countdown anywhere from 10 to 1 minute (as displayed on the inner partial ring marked from 10 to 1). Also, the chronograph hand can “fly back” to starting position in the midst of a countdown if need be. Plus, once the countdown is reset, it’ll return to the original countdown number selected from 10 to 1. While a regatta chronograph is a niche function to say the least, a 10-minute countdown function can certainly come in handy outside of a sailboat race too.

The Caliber 4146 offers a practical 72 hours of power reserve. Additionally, like all Rolex watches produced in 2015 and beyond, it carries the redefined “Superlative Chronometer Officially Certified” designation with better precision rates.

Rolex is famous for continuously improving their models in an effort to make them better than the ones that came before. Sometimes there are big sweeping changes, while other times, like in this case, they are small but important ones. Do you prefer the older or new dial of the Yacht-Master II? What are your thoughts on the Yacht-Master with 32 jewels?