Although brands like Rolex and Omega often get much of the attention for their various purpose-built tool watches, Cartier has one of the oldest histories of producing timepieces to meet very specific requests, often by members of royal families or prominent and pioneering individuals. Cartier arguably invented the pilot’s watch with the creation of the Santos back in 1904, and a few decades later when the Pasha of Marrakech called with a specific request for a watch that be worn everywhere, the Cartier Pasha was born.

Today, it is one of Cartier’s most iconic models, so here we are going to go over a brief history of the Pasha de Cartier collection, as well as take a closer look at a modern version of the storied timepiece. 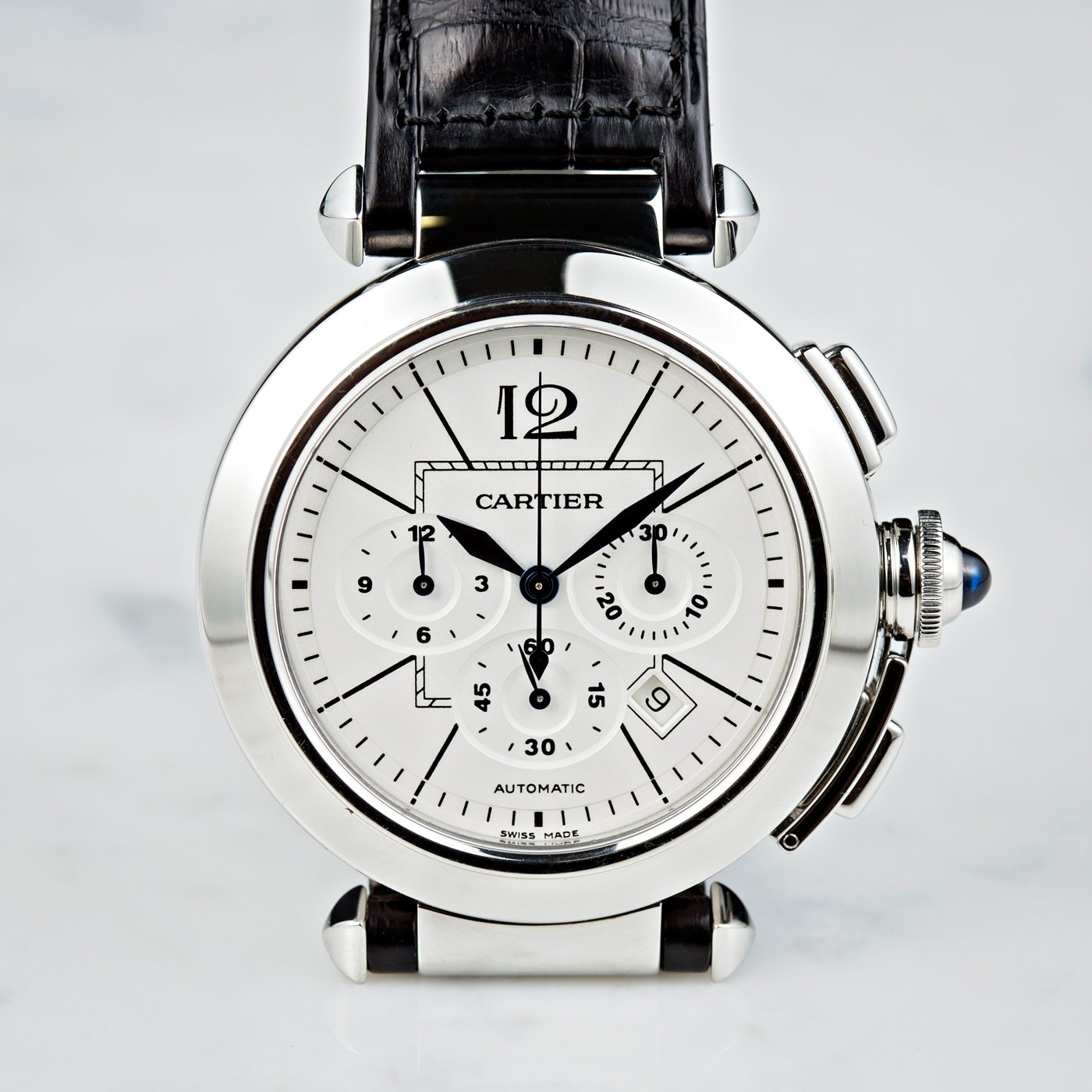 The Pasha de Cartier is an elegant timepiece.

The History of the Pasha de Cartier

Throughout its history, the house of Cartier has always been a favorite among the world’s royalty. In the 1930s, the Pasha of Marrakech commissioned Cartier to create a timepiece that could keep up with his active lifestyle. Of course, Louis Cartier obliged. He presented the Pasha with a watch that was not only water resistant enough for daily swims but also elegant enough for royal duties. That particular timepiece for the Pasha led to a circular Cartier watch that officially joined the Maison‘s collection in 1943. And that pair of luxury Cartier watches later inspired the modern Pasha de Cartier line in 1985. 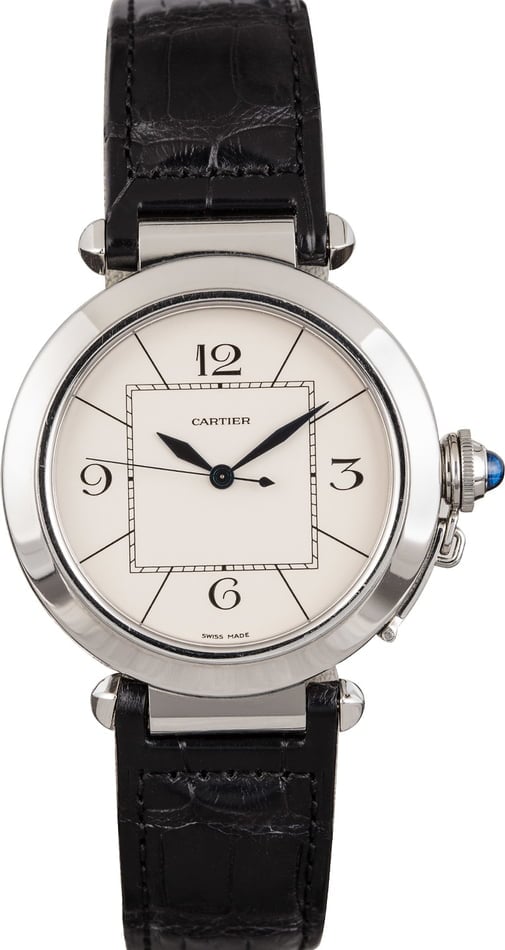 A standard Cartier Pasha watch without the chronograph complication.

The modern Cartier Pasha was created by none other than renowned watch designer, Gerald Genta. Prior to the Pasha, Gerald Genta had already produced numerous iconic luxury sports watches. He was the man behind the Audemars Piguet Royal Oak, the Patek Philippe Nautilus, and the IWC Ingenieur. So it’s understandable that the brand entrusted Gerald Genta with the task of shaping what would be Cartier’s modern luxury sports watch.

Gerald Genta’s newly designed Cartier Pasha watch was distinct from the other watches in the brand’s collection for many reasons. First, it sported a round case rather than the square, rectangular, and oval shaped ones that Cartier was famous for. Naturally, continuing the legacy of the original Pasha’s watch, the case was waterproof—up to 100m. Furthermore, the dial of the new Pasha de Cartier had Arabic numerals instead of the typical Cartier Roman numerals. Gerald Genta also included the famous Louis Cartier-designed Vendome lugs and oversized crown with a blue sapphire. A small cap attached to the case via a small chain protected the crown from underwater immersion. 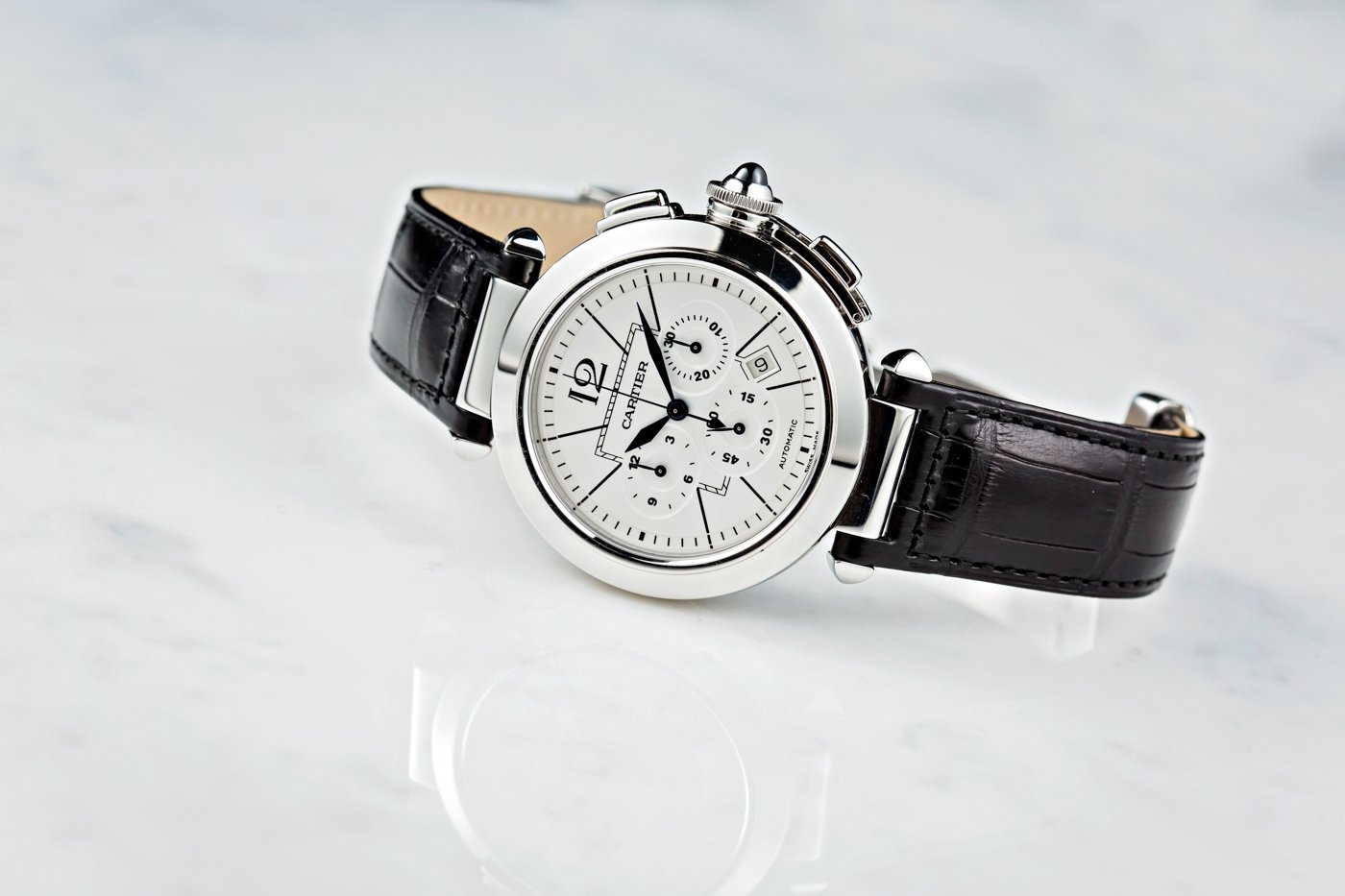 This features a unique case (since most watches were square).

As expected, the Cartier and Gerald Genta collaboration was a hit. The Pasha soon welcomed an abundance of new versions, materials, and complications, to become one of Cartier’s most varied and beloved collections.

This particular Pasha de Cartier Chronograph (W3108555) is a superbly contemporary version. With its 42mm stainless steel case, white dial, and black leather band, it achieves what Cartier does best—sporty elegance. Flanking the blue spinel set crown is a pair of chrono pushers. 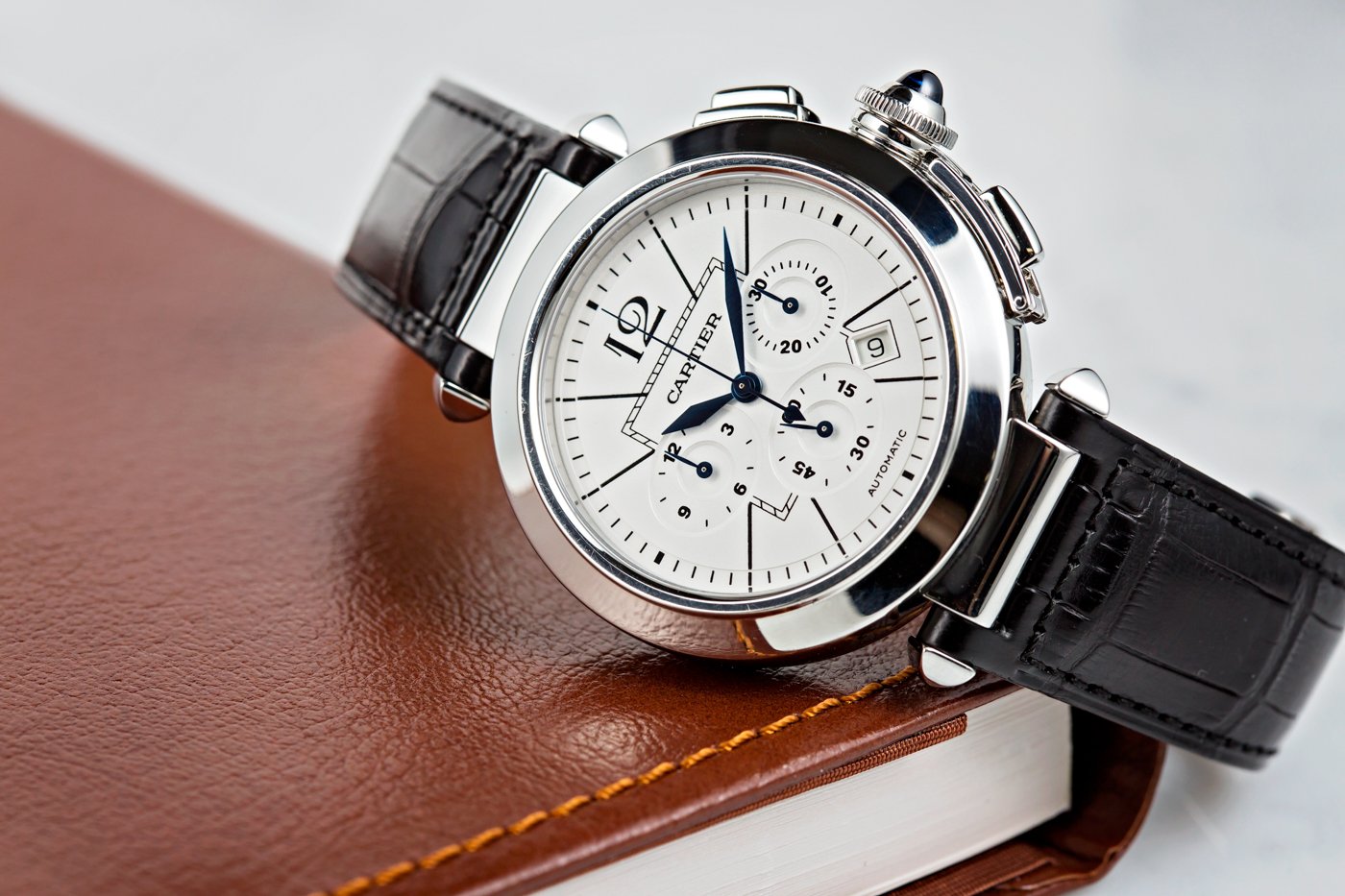 The sword hands are a dark blue that is magnificent.

On the white dial we see but one numeral at 12 o’clock. The rest of the space is occupied by the trio of registers, the blue sword shape hands, and the discreet date window between 4 and 5 o’clock. Flip the Pasha de Cartier Chronograph around for a clear view of the automatic chronograph movement via the sapphire caseback. With a power reserve of around two days, the Caliber 8100 MC was developed by Jaeger-LeCoultre.

Whether opting for a vintage Cartier Pasha from the mid-1980s or a more modern iteration, the timepiece’s design is unmistakable. A great choice for an elegant chronograph, the Cartier Pasha has earned its cult status among the modern luxury sports watch. 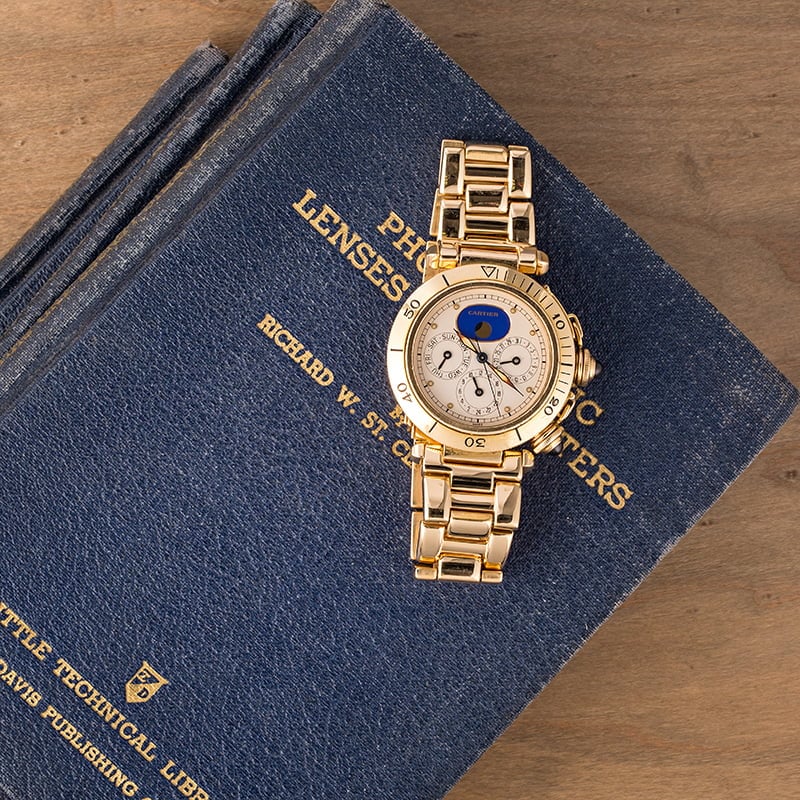