During the 1970s, quartz movements in watches became increasingly popular. Though Rolex is famous for their intricate and advanced mechanical movements, the company began researching and developing quartz movements as early as the 1950s. Rolex officially released its first quartz models with the Oysterquartz in 1977. During its production run from 1977 to 2001, close to 25,000 Oysterquartz watches were produced by Rolex. 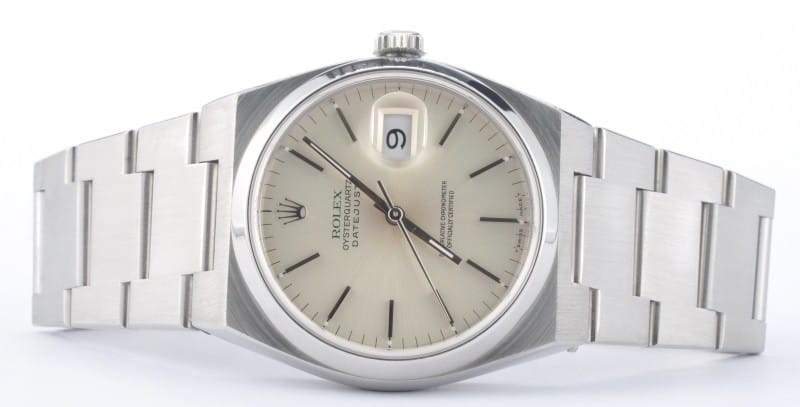 An Oysterquartz allowed for a slimmer case and a more accurate timepiece.

Rolex initially introduced the Oysterquartz in both the Datejust (Ref. 17000) and the Day-Date (Ref. 19018). Both models were an improvement upon the original Quartz Date of 1970 in terms of enhanced accuracy and a slimmer case design.

Oysterquartz Details Not To Miss

The Oysterquartz featured an 11 jewel movement which utilized the latest CMOS circuitry, a 32khz oscillator, and analog thermocompensation. In addition, each movement was finished to even higher standards than Rolex’s mechanical movements at the time. 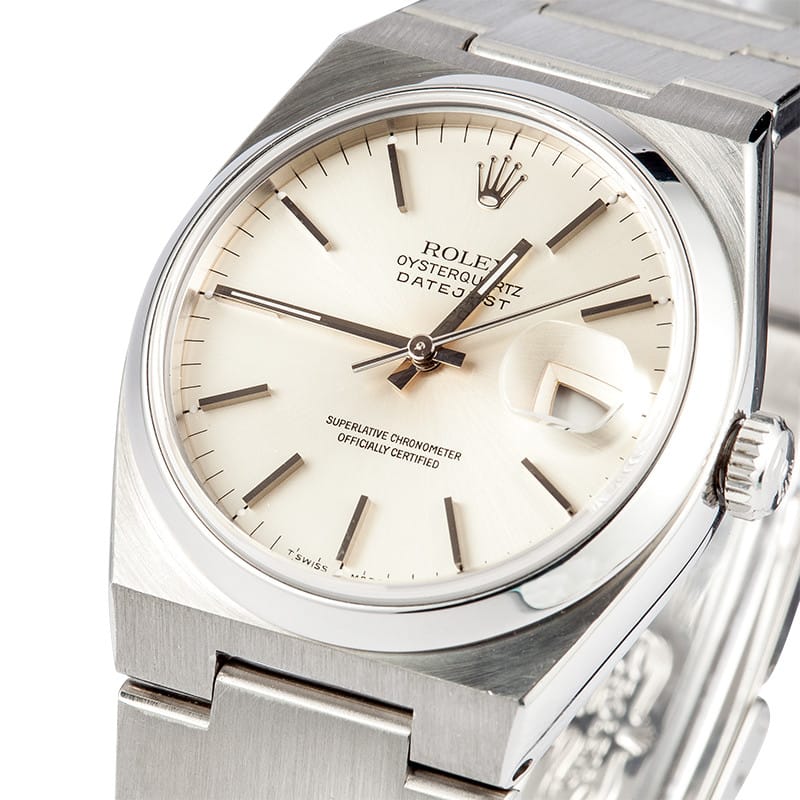 This watch was held to a standard higher than Rolex’s.

The Rolex Oysterquartz Datejust reference 17000A was available in three finishes: stainless steel (Ref. 17000), stainless steel and white gold (Ref. 17014), or stainless steel and yellow gold (Ref. 17013). This watch was also one of the first Rolex models to be fitted with a sapphire crystal with an amazing movement. The Oysterquartz was also the only Rolex model to be supplied with a solid link integrated bracelet with no end links nor link removable screws, making it unique. Another added characteristic is the Oysterquartz’s loud ticking movement. Collectors often mention that the watch can be heard when it is quiet. 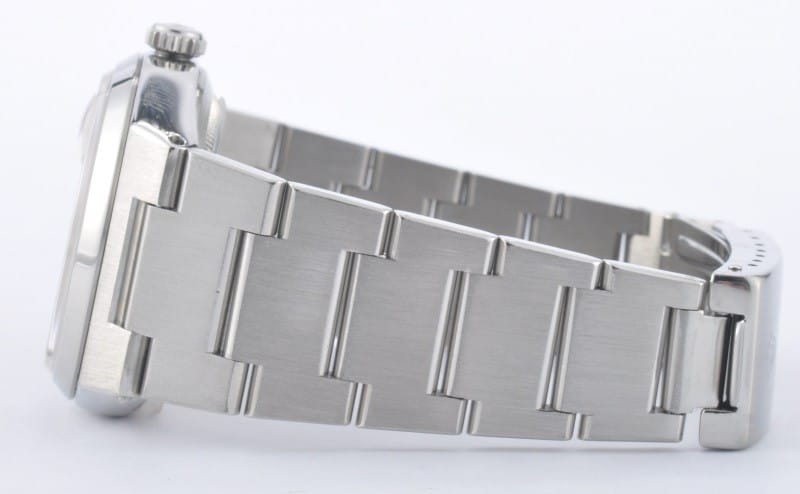 This watch stopped production in 2001.

Rolex stopped producing the Oysterquartz in 2001, with the last of the models selling by 2003. Rolex experts know that new 23 jewels quartz movements with a perpetual calendar were set to replace the discontinued Oysterquartz, but for reasons unknown were never produced. Thus, the Oysterquartz watch is now highly valued on the collectors’ market as a rare Rolex watch. Rolex has not yet ventured back into the quartz watch market despite its history of achievements, leaving the Oysterquartz as a valuable collector’s item.