On March 26th, 2012, three Rolex Sea-Dweller DEEPSEA prototype watches went to the very bottom of the Mariana Trench on the outside of James Cameron’s submersible and kept perfect time. It would be easy to write this off as yet another attention-getting high-risk exploration performed with a Rolex in tow – not unlike Mercedes Gleitze becoming the first British woman to swim the English Channel with an Oyster around her neck in 1930, or Sir Edmund Hillary’s team who first summited Mt. Everest with an Oyster on May 29th, 1953. Hans Wilsdorf, Rolex’s founder, was a brilliant marketeer who invented the explorer’s testimonial as a form of advertising. He knew these people would make the papers, and making the papers was Wilsdorf’s goal. 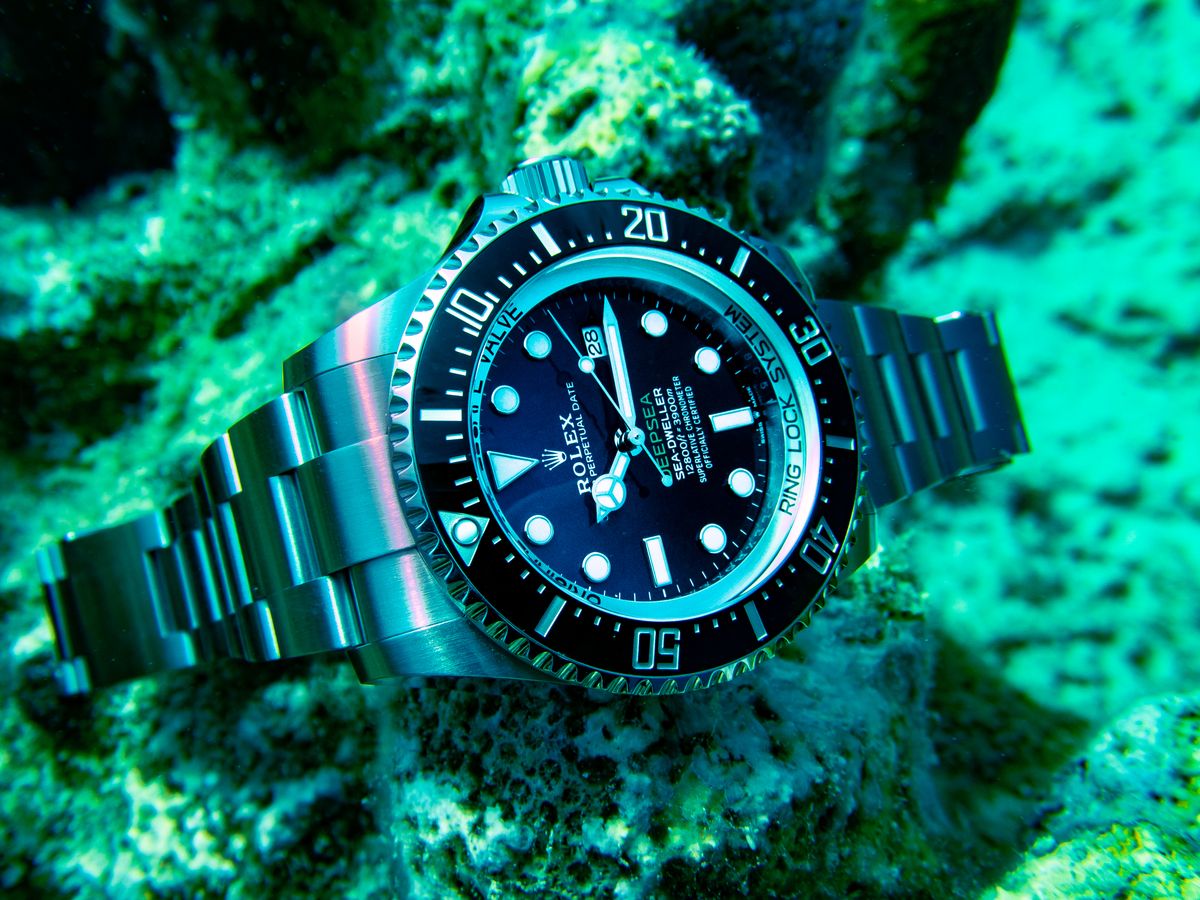 On the other hand, Rolex doesn’t even produce enough of its steel dive watches to satisfy market demand, and most certainly the company’s estimated $5- to $8-billion gross annual income isn’t coming from esoteric models like the DEEPSEA. To be frank, Cameron taking that submersible to the bottom of the ocean wasn’t on par with, say, a summiting of Everest or a moon landing; it had been done before, and outside of the scientific community the expedition failed to capture headlines.

If making the papers didn’t do it, what, then, motivated Rolex to get involved with Cameron’s DEEPSEA Challenge? Why did Rolex bother partnering with The National Geographic Society to secretly develop the sub’s technology in Australia, and why did Rolex pour who-knows-how-much capital and resources into developing the DEEPSEA watch, only to sell a handful for around $12,900? 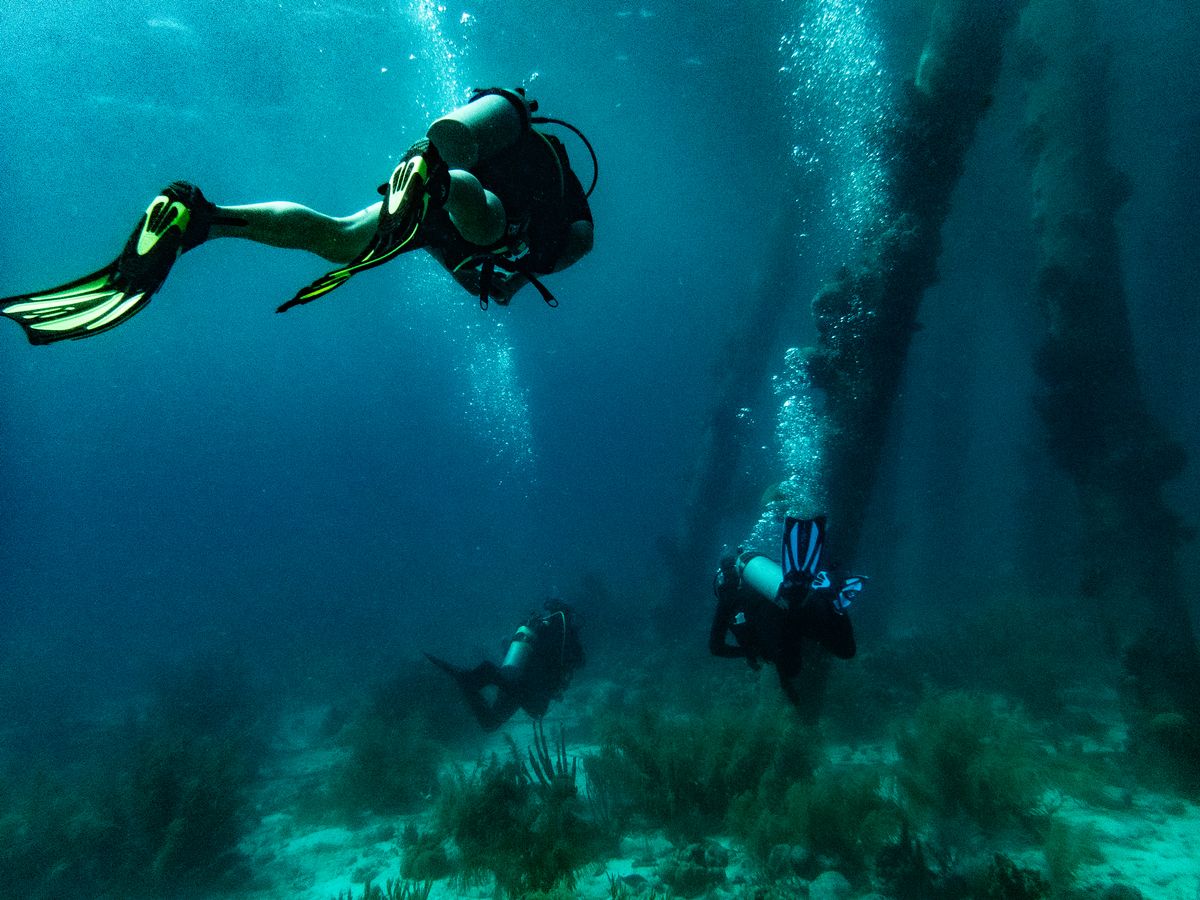 The answer may lie in the fact that since Wilsdorf passed in 1960, Rolex has operated as a not-for-profit entity, exempt from Swiss taxes, and diverting some undisclosed portion of those annual billions into the Rolex Foundation, which distributes significant grants to support the arts, enterprise, and scientific research. As their partner National Geographic explains, Rolex’s support of scientific research “extends to active and sustained sponsorship of renowned marine researchers and ocean exploration, supporting excellence in the advancement of human knowledge.” Perhaps this rather pure motive explains supporting Cameron’s mission, during which 68 new species were discovered and images of unexplored portions of the Earth were captured for the first time.

As for the Rolex Sea-Dweller DEEPSEA watch specifically, it represents the culmination of nearly 100 years of refinement of the Oyster case technology, and it is the DEEPSEA case’s ability to withstand unimaginable atmospheric pressure that is the real story of this timepiece. Sure, the faded dial that represents the disappearance of light at depth is unique and quite beautiful. Yes, the movement is a cutting edge mechanical device full of proprietary technologies, materials, and lubricants. Indeed, the bracelet is a near-perfect result of decades of refinement. But the real accomplishment here is that this watch comes in at a comfortable and wearable size while being able to descend to the deepest trench on Earth. The Rolex Sea-Dweller DEEPSEA’s case is best understood as technology developed for purely scientific reasons, even if the uses of that technology outside the watch space are still to be discovered and implemented. 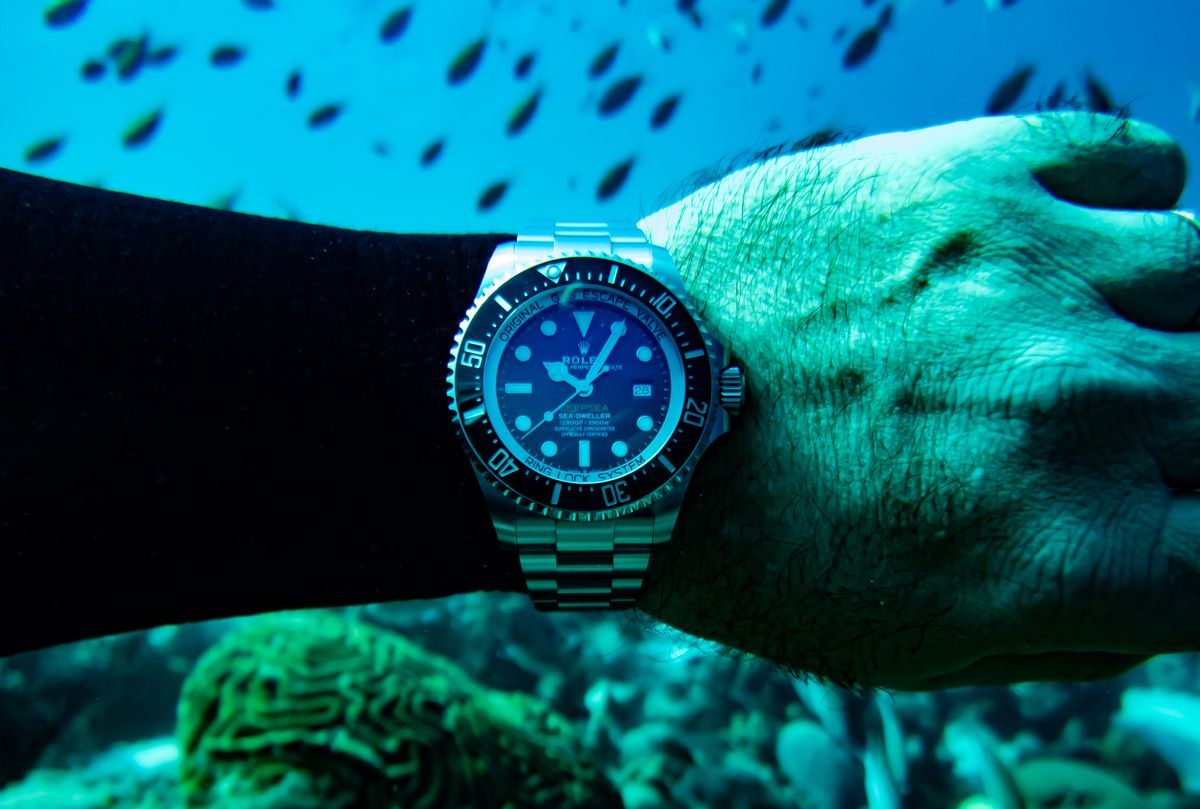 Before we get into that case technology in detail, let’s consider exploration for science’s sake. Going to the moon, though seemingly important for Cold War reasons in the 1960s, ultimately resulted in a slew of technologies that have completely changed our world. Your microwave oven, your computer, your cell phone, and its GPS functionality would all have come decades later had NASA not funded so many R&D teams in its bid for the moon landing. In fact, Silicon Valley itself might never have become the world’s hub of innovation without the race to the moon. But, if we’re honest, landing on the moon itself didn’t really produce much of anything.

The full story from the moon? It’s a giant, inert, dusty rock, now with an American flag stuck into it. Landing there did nothing to deter nuclear warhead proliferation in Russia, the USA, and elsewhere. It did nothing significant to advance our knowledge of the heavens because telescopes and unmanned probes provide the only truly useful information about space. But, seen as science for science’s sake, the benefits of the moon landing were all the unexpected ancillary uses of the myriad technologies developed by NASA during the 1960s that – for better or worse – drastically changed the world.

It takes time for the uses of new technologies to emerge, and it’s too soon to know how the case technology developed for the DEEPSEA watch might serve other endeavors, or if it ever will. But, ultimately, Cameron’s Deepsea Challenge mission was a success because it advanced small-scale pressure-resistance technology, and the Rolex Sea-Dweller DEEPSEA’s case constitutes a potentially important part of that technology. 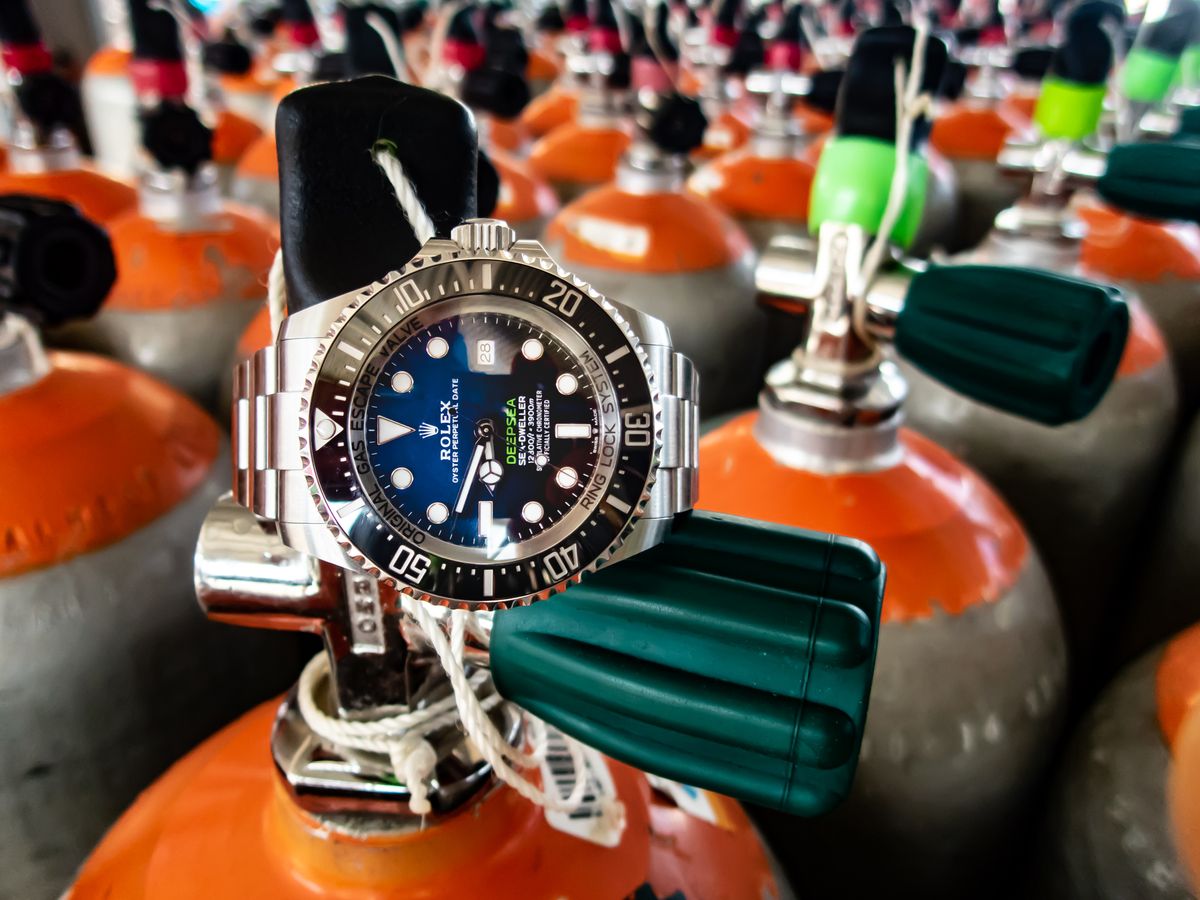 For me, personally, SCUBA diving with that cutting-edge technology on my wrist off the shores of the Dutch Caribbean island Bonaire was an aesthetically, socially, and culturally compelling endeavor. For us watch fans, this is perhaps all we will get, beyond a rather good looking and accurate time-telling device. But I submit that the aesthetic, social, and cultural experiences of diving with this watch are more than enough to justify owning it.

Aesthetically, I simply adore this watch. The dial is not only beautiful, but it tells the story of light disappearing as one descends underwater. I dove just over 100’ with the watch, at which point orange and red disappear, and blue and green dominate. To use the dial metaphorically, I dove to a point represented by the meridian of the dial: dark and blue, but nothing like the pitch-black Cameron would have experienced, which would be represented by the black area around 6-o’clock. 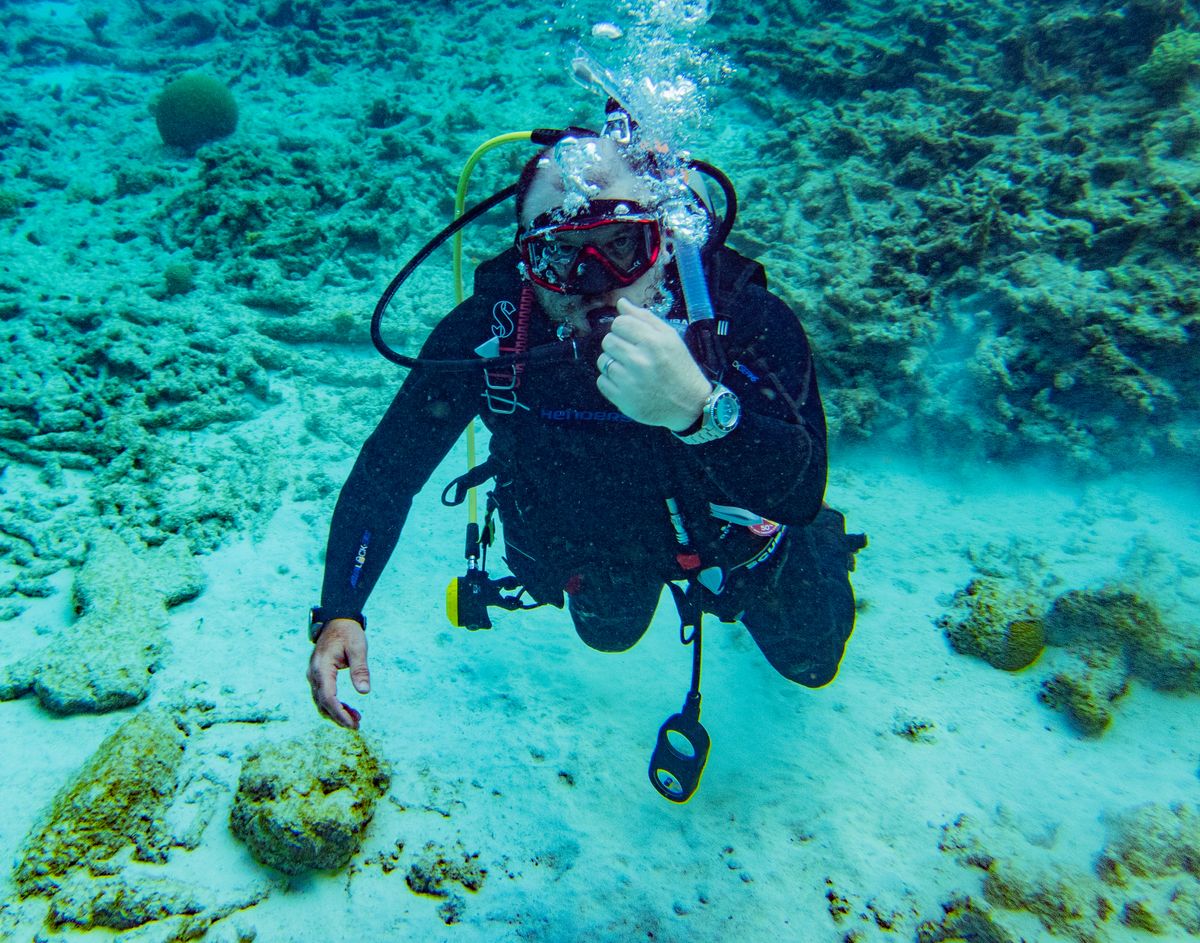 At first glance from some distance, the Rolex Sea-Dweller DEEPSEA looks more or less like any other dive watch from the brand. But at arm’s length, where we experience watches most often, the DEEPSEA’s dial is gorgeous. Frankly, Rolex’s dials are generally not that exciting; compare them to the dials found on, say, Grand Seiko or Moser watches, and my point is clear. But the DEEPSEA’s dial is a wonderful exception to that point, its faded paint scheme a bonafide horological accomplishment of note. As a dive watch, it is wonderful underwater – legible, not too big, abundantly capable – but it is also perfect while at dinner in a white table-clothed restaurant overlooking the ocean, or while gnawing a Cuban cigar in one of Bonaire’s funky pubs where smoking is still permitted. At 44mm across and 18mm tall, it is a big and heavy watch, but not obnoxiously so. It’s surprisingly wearable, as we watch fans like to say, and very stylish.

Socially, the watch is an instant conversation starter. The TSA agent who waved his wand over my body took a glance at my beep-inducing wrist and instantly asked me about the watch. When I explained what it was, he grew even more curious, asking me questions about its price and ogling the stunning dial. When I explained the watch to the SCUAB pros I met in Bonaire, these young Dutch folks gathered around and ogled too. One of them already knew about it, and they all wanted one. Threats of a submerged mugging ensued, this an exhibition of the blunt and confrontational humor of the Dutch. 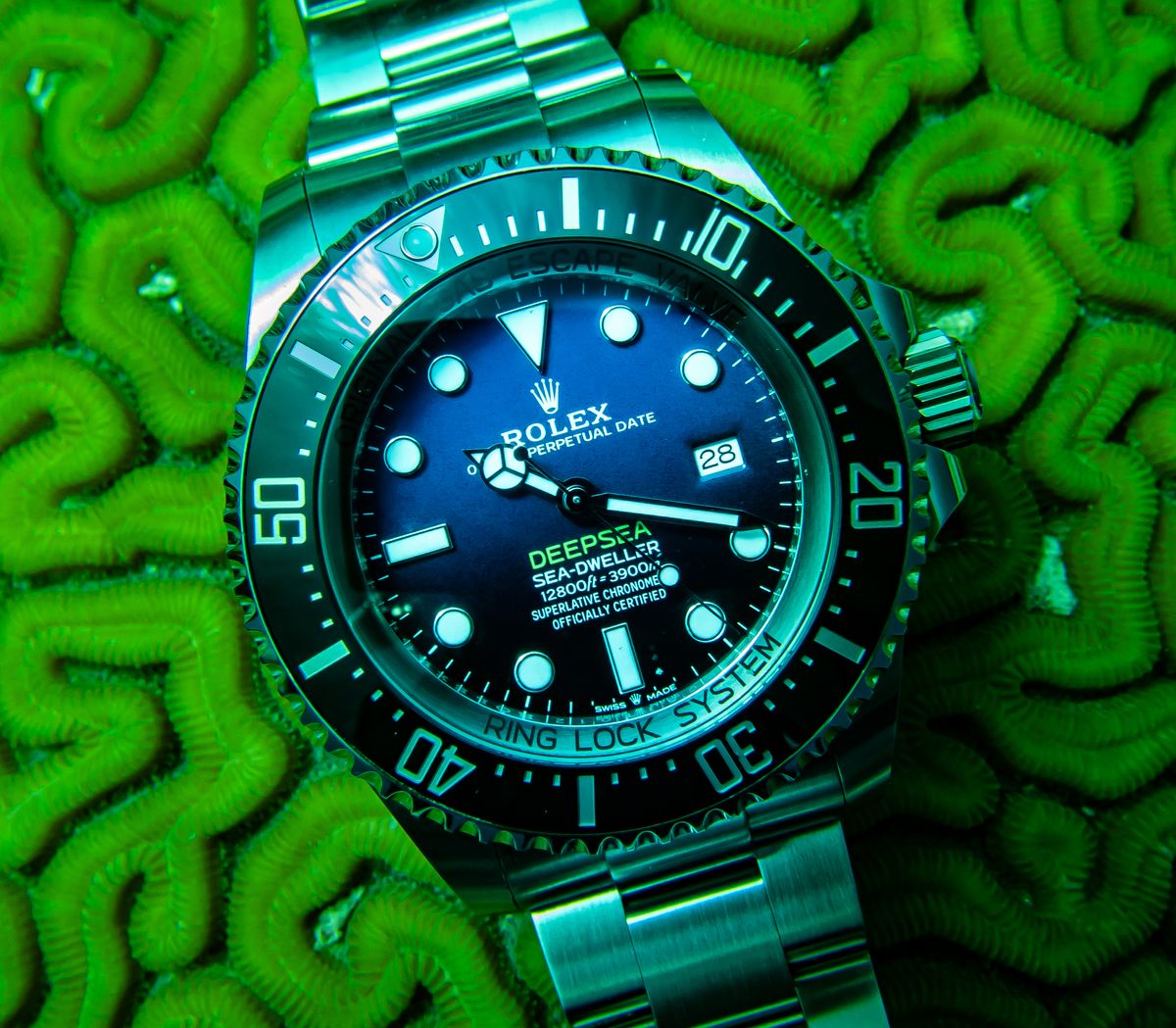 And culturally, this watch provided me with a connection to endeavors far more exciting and risky than the relatively shallow and safe recreational diving I did with the watch. Knowing that this watch employs the same technology as the three that rode on the outside of Cameron’s submersible tied my adventure to something meaningful and compelling: exploration for science’s sake; mankind at its best, hopefully endeavoring to expand our understanding of our world; a storied brand who has turned its profits into charitable contributions that may help us save the oceans – the whole planet, really – from our own species’ negative impacts on the environment. Had I actually been doing something useful, rather than just ogling natural beauty, perhaps this experience could be elevated from its status as a cultural one, but, alas, a cultural connection is all I can claim. For this watch fan, however, that’s a lot to get out of a 44mm watch.

As for the case technology itself, the Rolex Sea-Dweller DEEPSEA is a technological marvel. My colleague at Watch Time magazine, Jens Koch, wrote a detailed explanation of the case technology. Koch explains that Rolex didn’t start from the more conventional position of making the watch huge, as so many previous uber-dive watches have been. Instead, Rolex decided to challenge themselves to make the watch wearable. Herein lies the mandate to advance small-scale pressure-resistant technology. 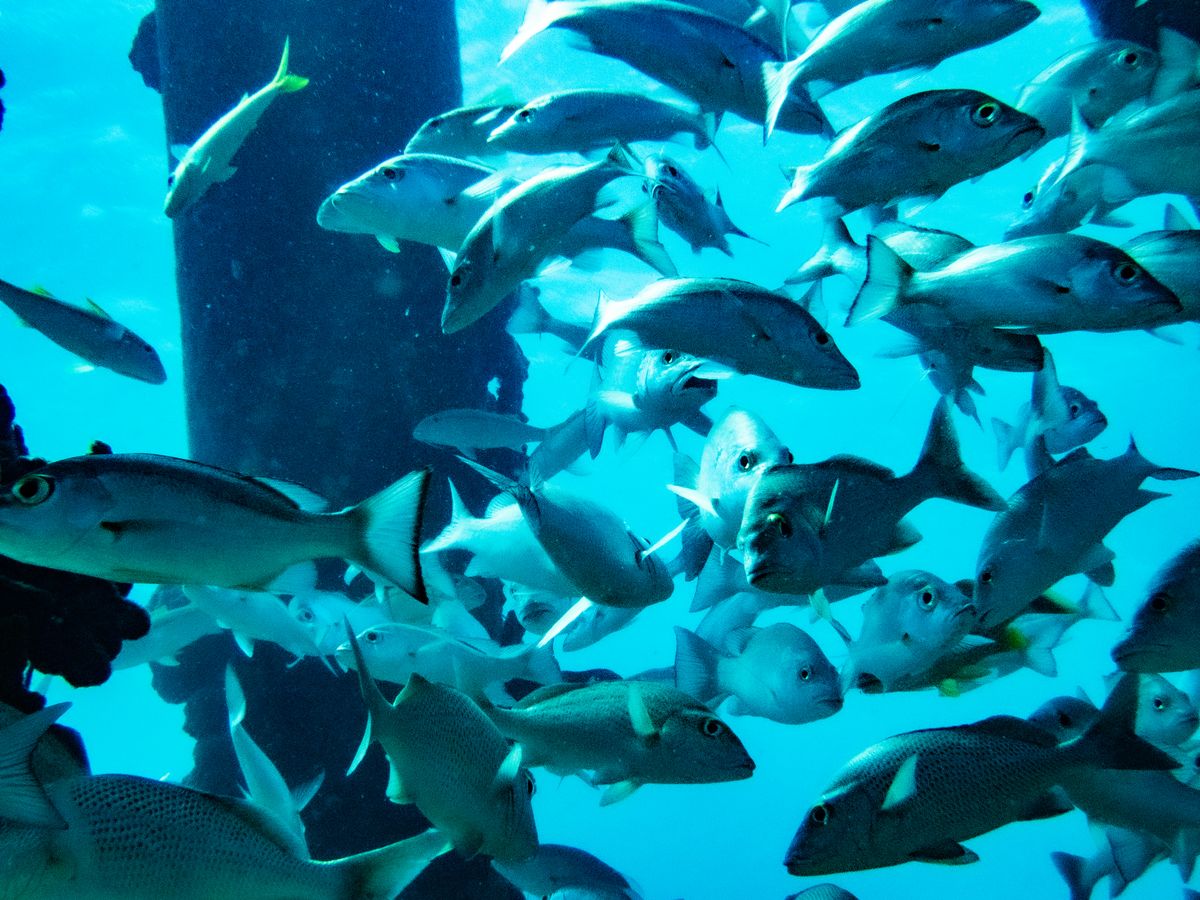 To accomplish this, Rolex used a 5.5mm thick domed sapphire crystal and a 3.28mm thick Grade-5 titanium caseback to sandwich together – in typical Oyster fashion – a mid-case consisting of an inner ring made of incredibly strong Biodur-108 steel and an outer case made of 904L stainless steel. Biodur-108 is about 3x stronger than conventional stainless steel, and the Grade-5 titanium of the caseback is 4x stronger. Putting those components together to compress the seals properly is only done at the Rolex factory. A certified Rolex technician recently told me that no one outside Rolex is certified to work on the DEEPSEA, and the tools to do so are, of course, off-limits outside the factory. For owners of the DEEPSEA, this means that you will have to return your watch to Rolex directly for service.

Other special materials on the watch include the Cerachrom ceramic used for the bezel insert and the platinum that coats the milled numerals and markers on that insert. It is safe to say that the bezel of the DEEPSEA is state of the art, but it is also beautiful. The highly polished ceramic and platinum dazzle like jewelry, giving the watch that white tablecloth-ready look so rarely found on a truly capable dive watch. 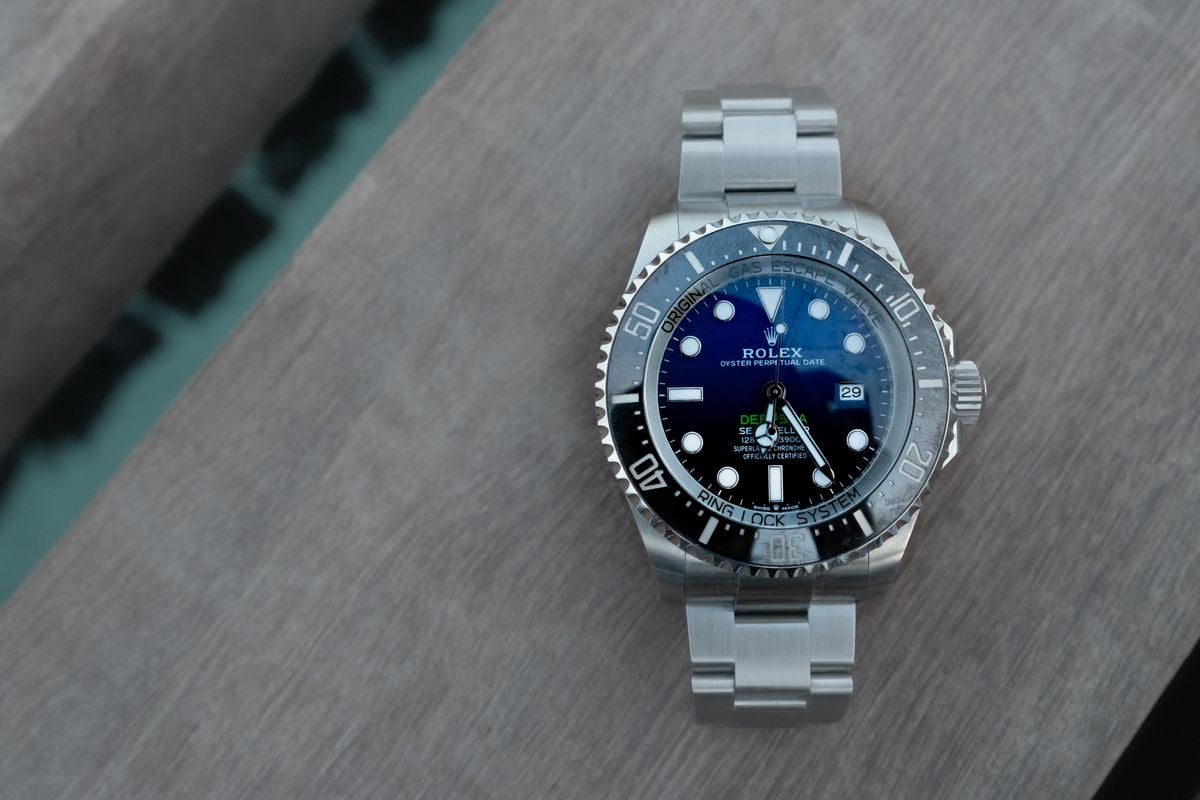 So is the Rolex Sea-Dweller DEEPSEA a good value at $12,900? If you can find one, perhaps. Most examples (like many other popular Rolex watches) trade hands for a bit more than their retail price on the open market. For this reporter, it seems a paltry sum when compared to what you’d get from comparable dive watches that lack the technology, pedigree, and rich narrative that accompany the DEEPSEA. And the price is, perhaps, also a testament to the spirit behind this watch; it is not in the Rolex catalog as some limited-edition that will garner high prices (and thus profits), as so many special dive watches from other brands do.

Because Rolex is not bound to disclose its financial statements due to its not-for-profit status, we can’t know if Rolex has made any money off the DEEPSEA, but it’s hard to imagine that Rolex even came close to recouping its investment from this watch. Indeed, the value of the DEEPSEA lies in the potential scientific uses of its case technology and in the aesthetic, social, and cultural experience of having one on the wrist. And for that, this watch is truly unique within the Rolex catalog and among its peers. 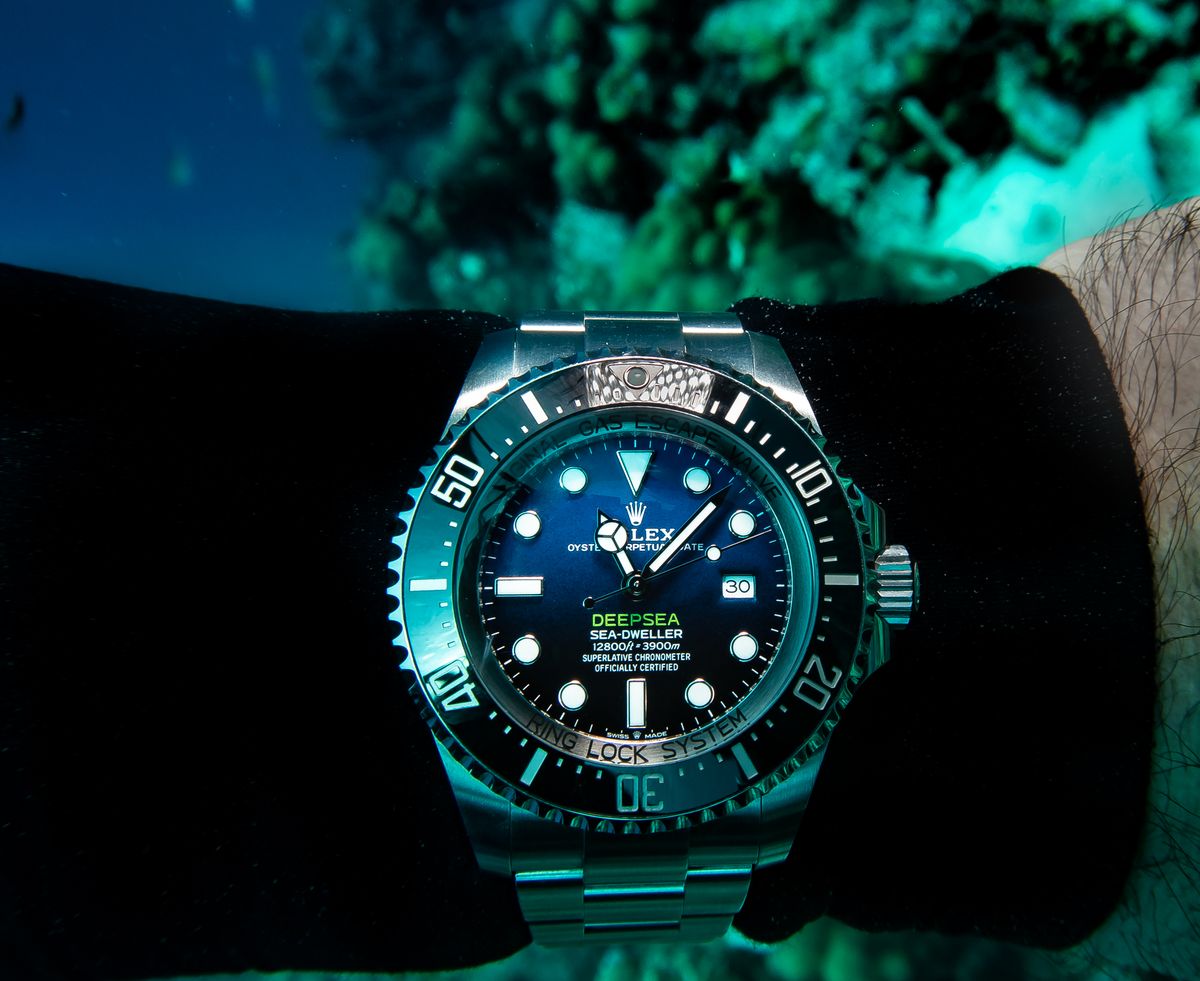 Allen Farmelo is a watch journalist. His work has appeared in Watch Time, Fortune, The Robb Report, Gear Patrol, Worn & Wound, International Watch, and more. He is the producer and host of the watch podcast Beyond The Dial. Follow him on Instagram at @beyondthedialpodcast