Sitting at the crossroads between vintage and contemporary, the Rolex Submariner 16800 has become a cult favorite among today’s collectors, offering a number of unmistakably vintage design elements in a highly wearable package that is more than capable of standing up to everyday wear and use. The Rolex Submariner is easily one of the most famous watches in the world and it has remained in continuous production ever since it was first announced way back in 1953.

Known as a transitional reference due to how it displays characteristics of both the previous and subsequent generations of the Rolex Submariner, the reference 16800 remains relatively affordable compared to other vintage Submariner models, with prices averaging around $15k on the open market. With that in mind, the Rolex Submariner 16800 has been receiving a lot of attention in recent years, and below we uncover exactly what makes it so special. 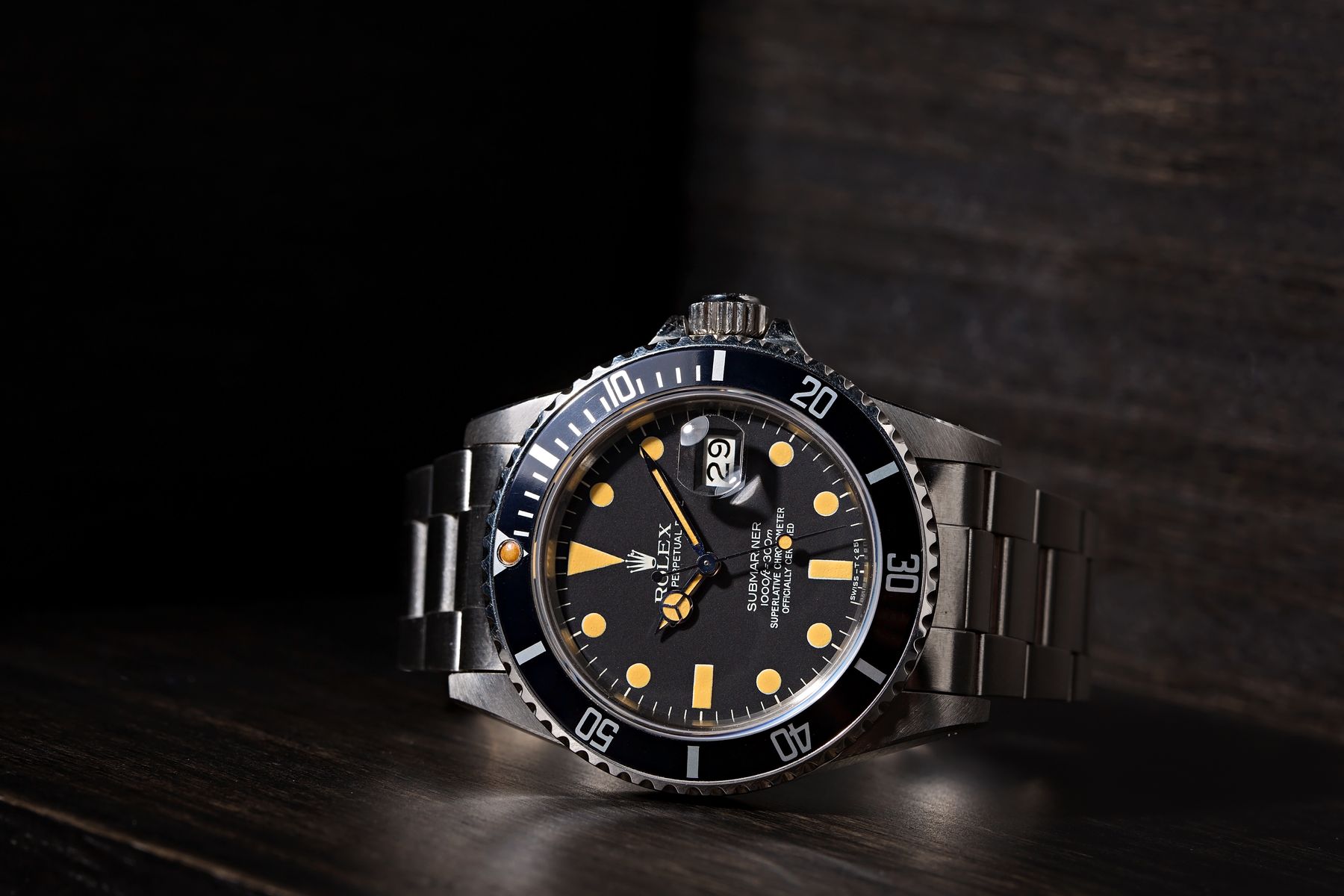 History Of The Submariner 16800

The earliest Rolex dive watches were created for professional scuba divers and others who needed highly waterproof timepieces that were easily seen underwater. They featured easy-to-read numerals that would show up in dim light and a waterproof case that resisted water pressure to 100 meters. That depth rating would eventually improve, offering the wearer resistance to pressures of up to 300 meters/1,000 feet like the current Submariner watches that Rolex produces today.

Since the Submariner was initially developed for professional divers, it did not have a date mechanism on the dial during its early production years, as there was no need for a calendar display while diving anyway. However, Rolex eventually added it to the series in the late 1960s as its popularity among collectors of all lifestyles and professions took off. The Submariner also initially featured a bi-directional 60-minute bezel and an acrylic crystal.

The Submariner really started to transform into what would become the ref. 16800 around the late 1950s when the ref. 5512 hit the market sporting, for the first time in Submariner history, crown guards and a larger 40mm case. About a decade later, Rolex released the first Submariner with a date mechanism on the dial and an accompanying Cyclops magnifier on the crystal with the launch of the ref. 1680. The reference 16800 was its immediate successor, bringing numerous upgrades to the table and setting the Rolex Submariner on the course towards becoming a modern watch. 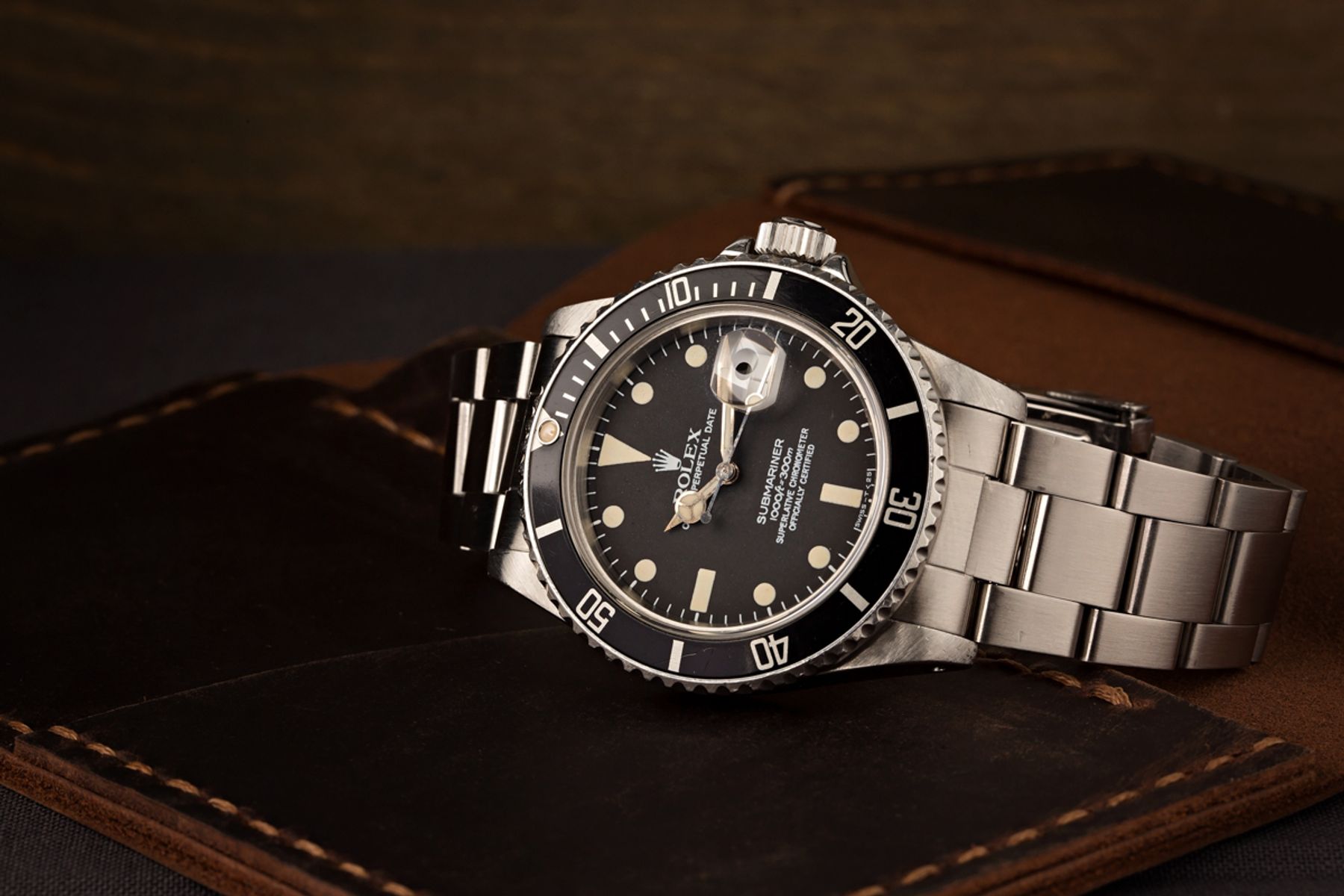 The reference 16800 bridges the gap between the quintessential vintage Submariner and the modern Submariner as we know it today, earning it the title of a transitional Submariner reference. With its inception, Rolex did away with the older-style acrylic crystal in favor of tougher scratch-resistant synthetic sapphire crystal. The movement powering its predecessor ref. 1680 was also retired and replaced with the higher-beat cal. 3035 with a then-new Quickset date function.

The reference 16800 was also the first Submariner to offer water resistance up to 300 meters, which remains the Submariner’s standard depth rating to this day. Lastly, it was around this time that the bezel was upgraded to a safer uni-directional design that only rotates counterclockwise as a way to prevent divers from underestimating their impression times. 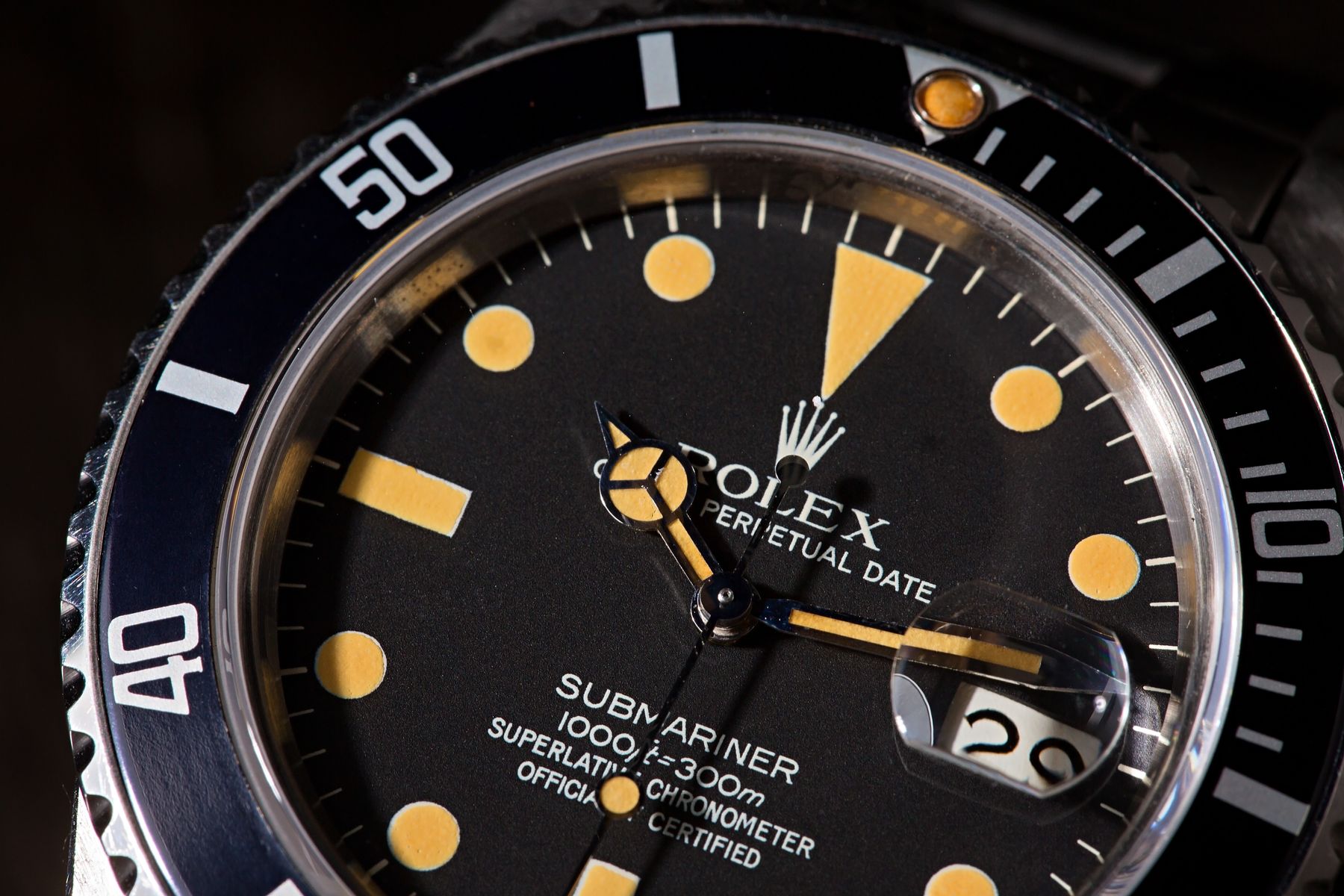 When it came to market in the late 1970s, the ref. 16800 initially displayed the time on a matte dial with painted indices – just like its predecessors. However, in 1984, it adopted a more modern aesthetic with a glossy dial decorated with applied white gold-trimmed hour markers. It looks nearly identical to its successor, the ref. 16610, the main difference between the two watches being the movement – ref. 16610 uses the cal. 3135. Rolex also produced ref. 168000, aka “Triple Zero,” for a short time in 1988, featuring a similar design as references 16610 and 16800 with a similar glossy dial.

What sets the ref. 168000 apart from its counterparts produced during the same era is its metal. The Rolex Submariner 168000 marked the transition from 316L to 904L stainless steel. Other than the type of steel, the ref. 168000 is near-identical to its ref. 16800 predecessor, and while production was brief, its place in Rolex history is integral to the evolution of Rolex’s dive watch. The ref. 16800 was finally discontinued at the end of the 1980s, making way for ref. 16610 and a new generation of Submariner dive watches. With improved materials and a more contemporary design set, ref. 16800 served as a stepping stone and paved the way for the modern Submariner as we have come to know it. 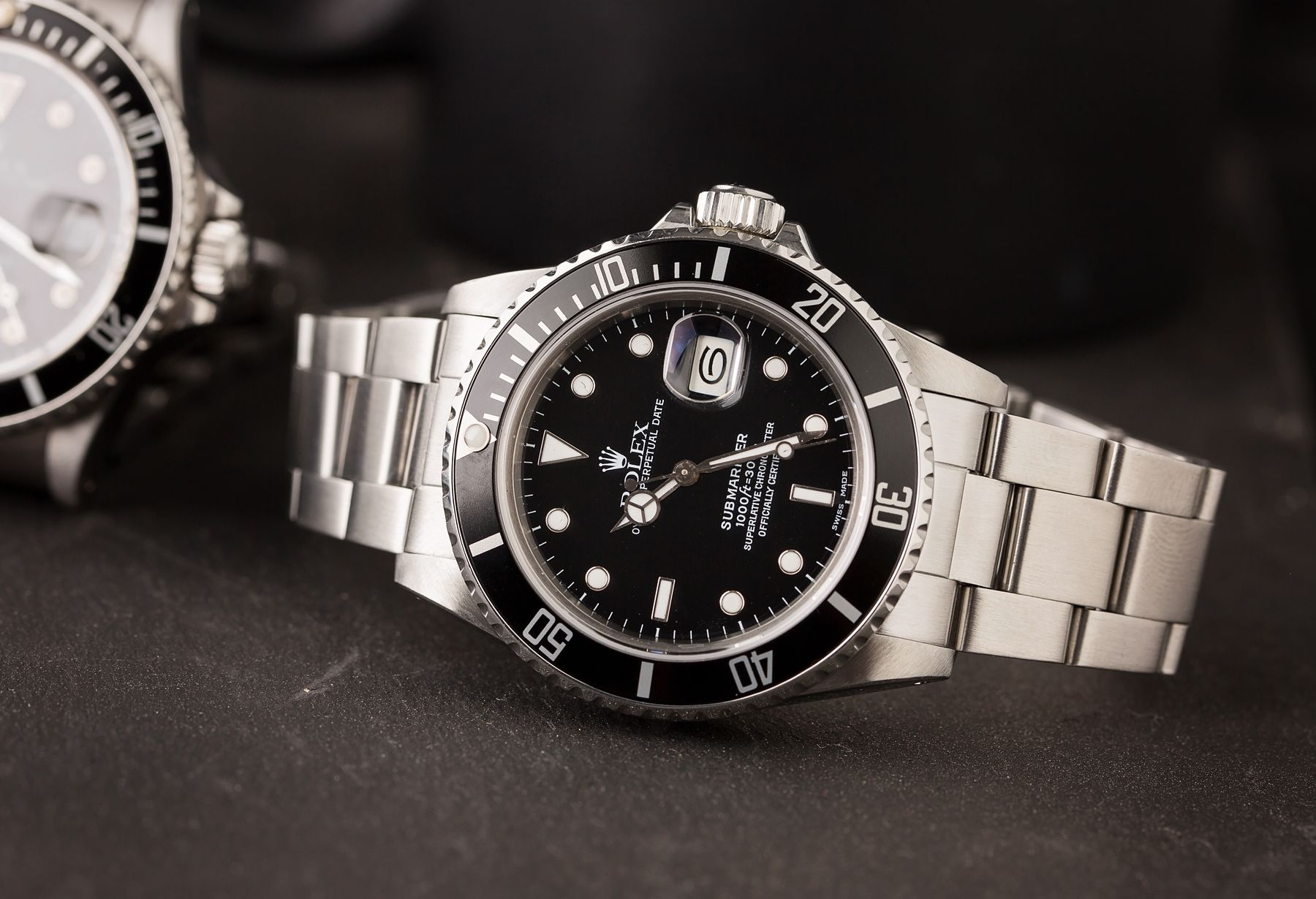 It would be hard to imagine a Rolex Submariner more “typical” and possessing most of the best features of the line than the 16800. This watch has it all and is the epitome of Submariner technology, including:

The Rolex Submariner 16800 remains an iconic and beautiful example of the perfect, simple Rolex that works almost anywhere. In addition to boasting an incredible history that many avid collectors will find hard to resist, it also makes a wonderful everyday watch with vintage design elements that is more than capable of being worn all-day, every-day and throughout a wide variety of different situations. 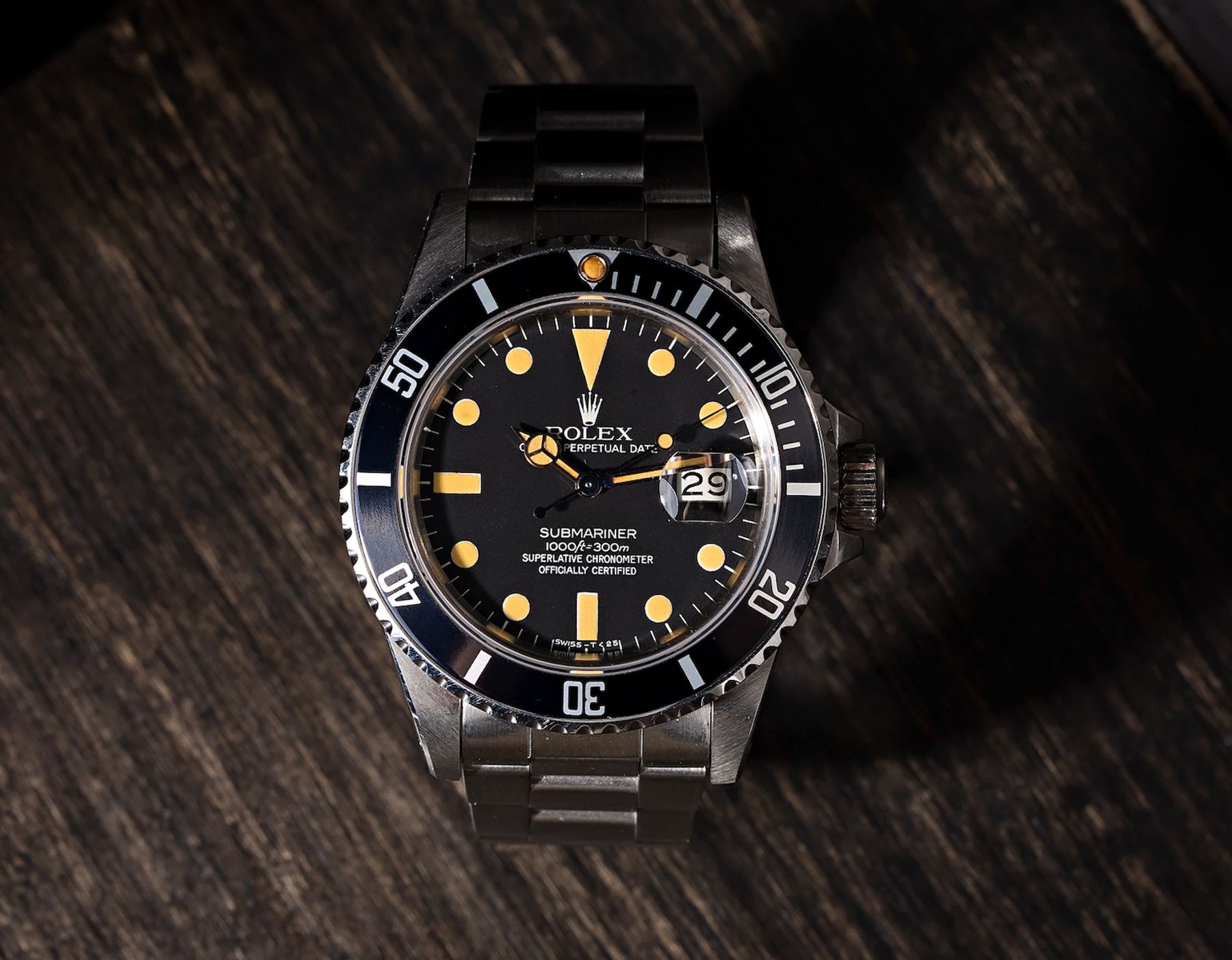