Sometimes two is better than one 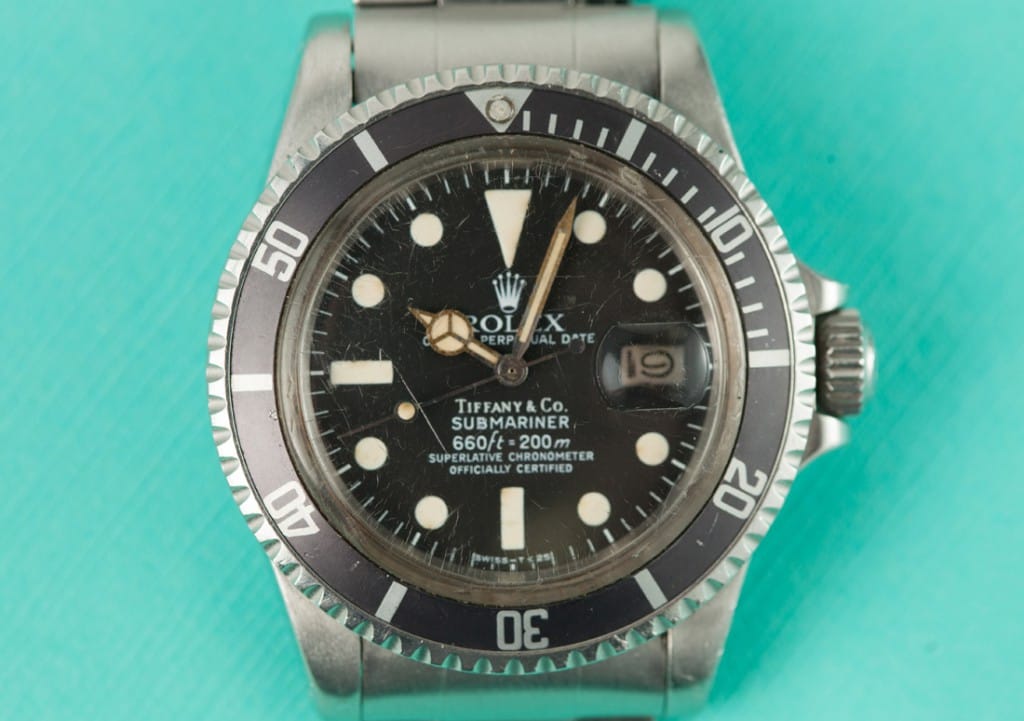 This particular Tiffany & Co. branded watch is the vintage stainless steel Rolex Submariner 1680. Rolex first unveiled their Submariner collection in 1953 to meet the demands of the increasingly popular sport of underwater diving. With the Submariner, Rolex firmly etched its name in history by giving the world the first wristwatch to be waterproof to 100 meters (330 feet). Because of this technical achievement, the Submariner would fast become the must-have watch among underwater explorers and paved the way to earn its reputation as the quintessential diving watch. 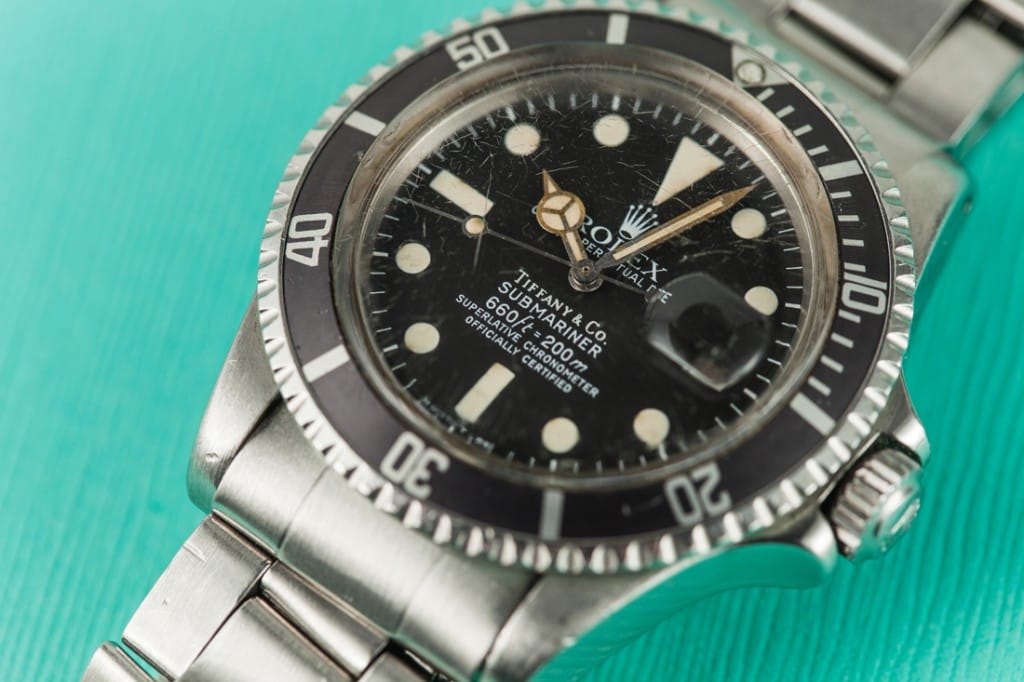 The Tiffany & Co. Submariner comes with a stainless steel bracelet.

The 1680 made its debut in 1966 and enjoyed a production run until 1979. It was the first Submariner reference to include a date function and it was topped off with an acrylic crystal equipped with the now iconic Rolex Cyclops lens for date window magnification. The writing on the dial of the Submariner 1680 underwent a few modifications during its lifetime, including changing the original red color of the “Submariner” label to white, font revisions and reversing the placements of the feet vs. meter waterproofness depth gauge. This specific Submariner 1680 features all-white writing with the 660ft placed before the 200m, and of course the Tiffany & Co. logo. 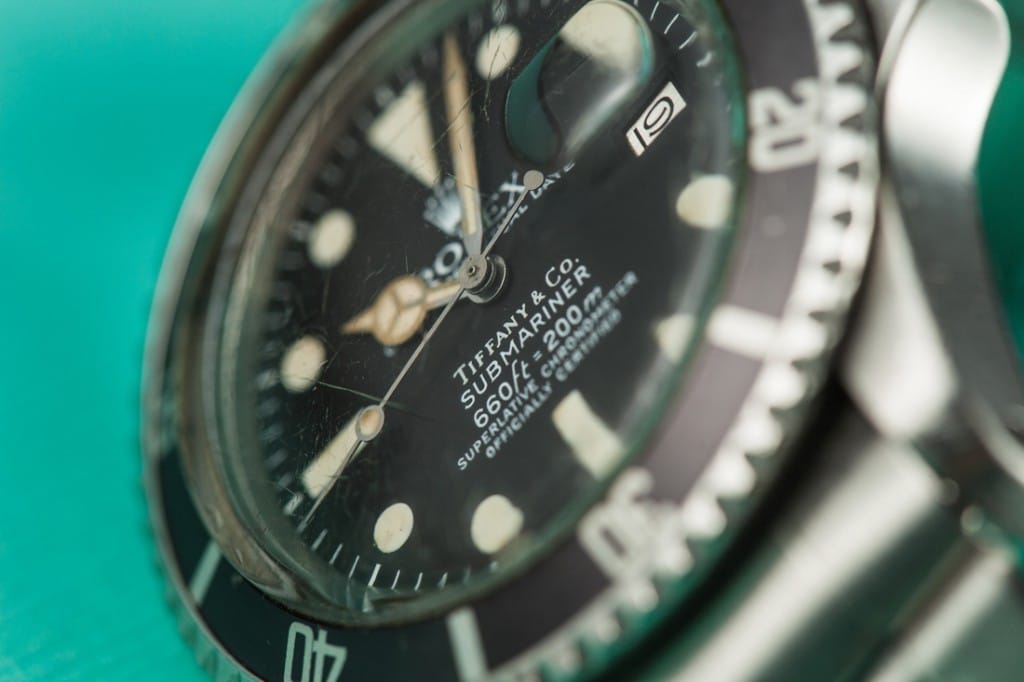 This Submariner has 5 lines. There are few accations where there will be 1 red line.

Driving the Submariner 1680 was the Caliber 1575, first introduced in 1965, which, as the markings on the dial can tell you, was a C.O.S.C certified “Superlative Chronometer Official Certified”. And this being a diving watch, Rolex took special care in ensuring its waterproofness. The early generations of the ref. 1680 were outfitted with the Rolex Twinlock winding crowns, eventually progressing to the Triplock ones in the later models, as is the case with this 1680 model. Rolex’s 1680 also signaled a transition for the Submariner family from a predominately utilitarian “tool watch” to a more luxury sports watch marketed towards the general public with some models being offered in gold and a mix of gold and stainless steel. 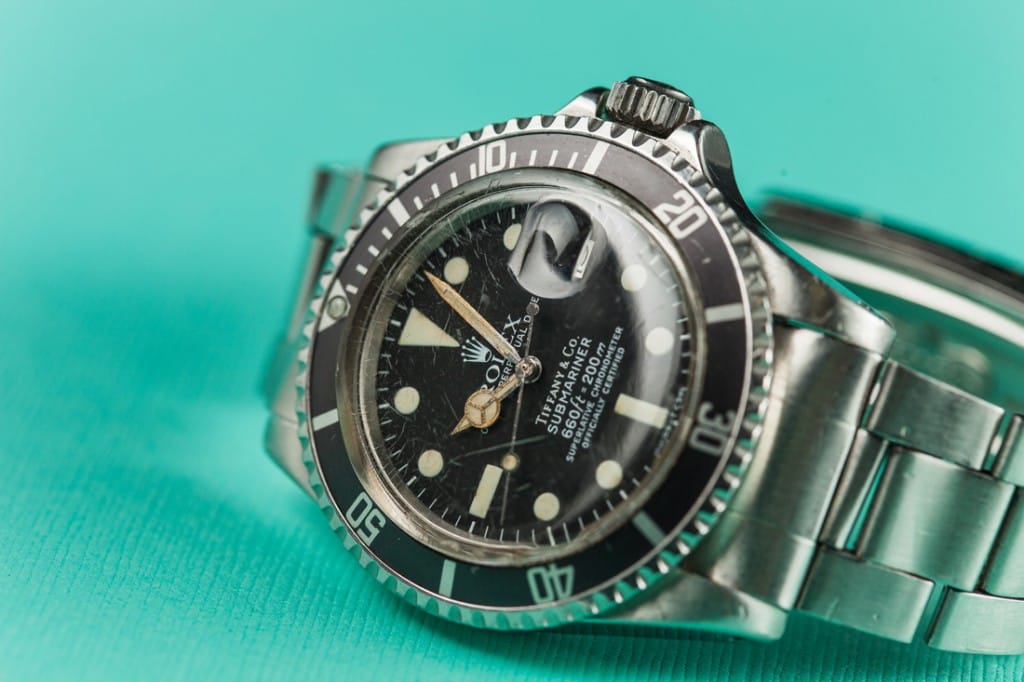 The Rolex Submariner 1680 Tiffany & Co. is significant for its history as two luxury giants work on a singular project.

Expertly crafted by Rolex and great enough for Tiffany & Co. to place its name on it, the Submariner 1680 Tiffany & Co. watch represents a little piece of history when two big names in luxury goods came together as one.