Comex (or Compagnie Maritime d’Expertises) is a French commercial diving company that issued Rolex dive watches to its fleet of deep-sea divers starting in the 1970s. Since divers at that time did not have all the computers and tech we have at our disposal today, their diving watches were an integral part of their gear – and survival. On top of that, Comex needed watches that could plunge to extreme depths, handle pressurized chambers, and survive ensuing decompression periods. Enter the Sea-Dweller, which came fitted with a helium escape valve to greatly reduce the risk of damage to the watch during pressure changes. While Sea-Dweller watches were made available to the public to buy, there were some special editions reserved for Comex only.

Rolex supplied several diving models to Comex over the decades, including both Submariner and Sea-Dweller watches. Rolex produced three different Comex Sea-Dweller references: ref. 1665, ref. 16660, and ref. 16600. As expected, these now-discontinued Comex-branded Rolex tool watch references are highly collectible, prized for their rarity and history. Delve into the history, progression, and value of these fascinating diving watches with our ultimate guide to the Rolex Sea-Dweller COMEX watches. 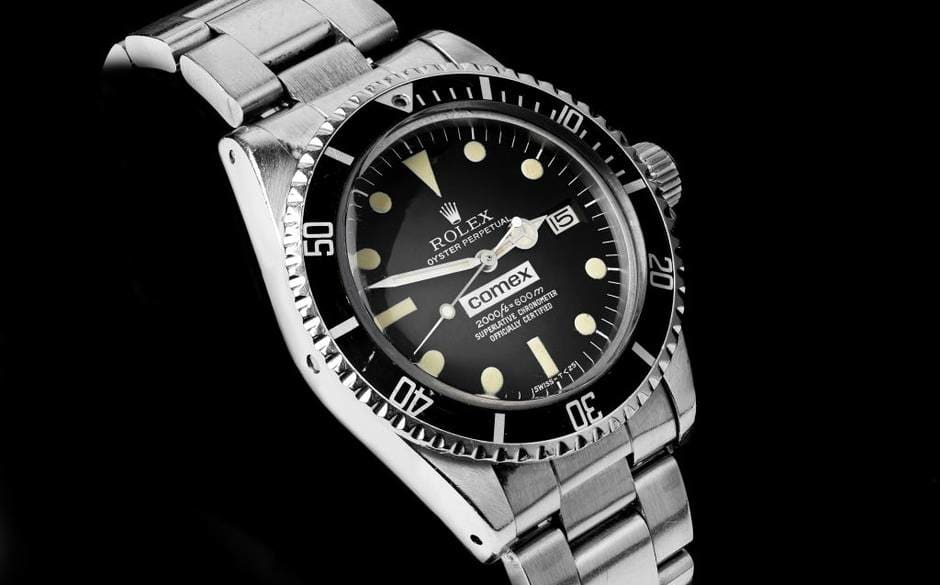 Click here for our Ultimate Buying Guide on the Rolex Sea Dweller. 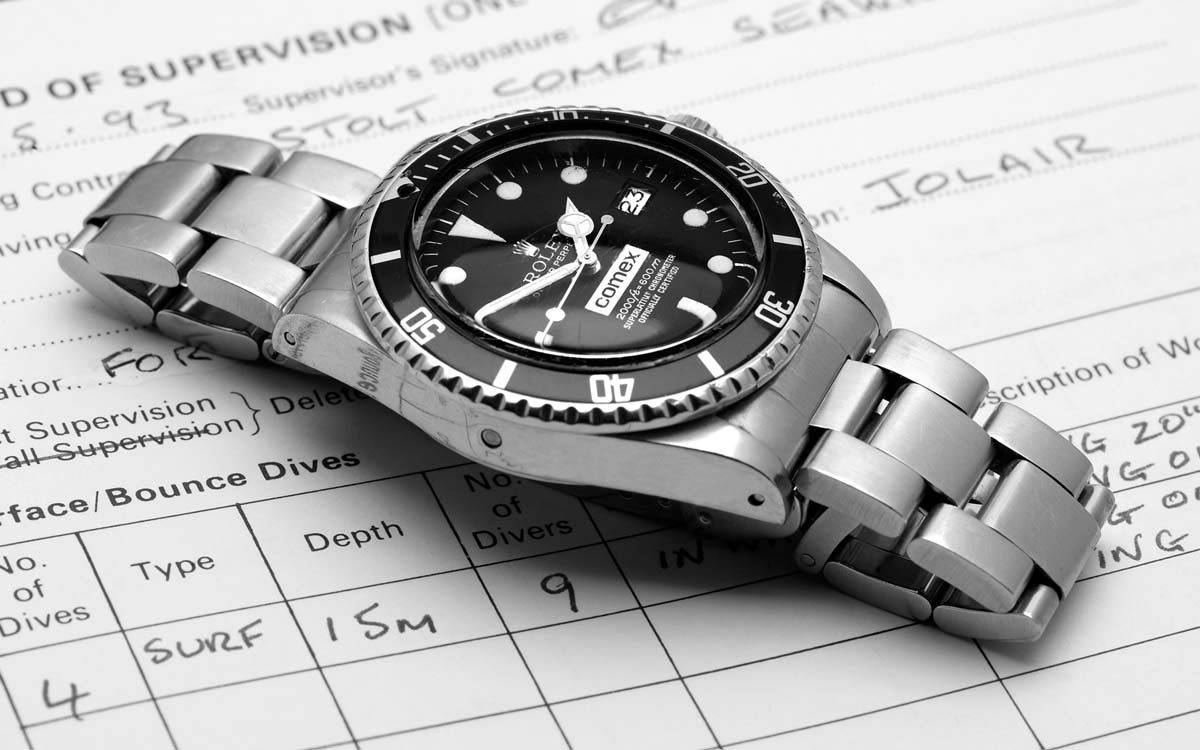 Before we outline the details of specific references, it’s worth mentioning the general differences between Comex Sea-Dwellers and standard Sea-Dwellers.

There are some common design traits across all Comex Sea-Dweller references. First, there’s the obvious “COMEX” branding on the dial, placed right above the lines of text on the bottom portion of the dial. Furthermore, Comex Sea-Dwellers have both the reference number and the serial number engraved on the interior of the caseback. Finally, Comex had its own issue numbers to keep track of which employees had which watches. These Comex-issued numbers are prominently etched on the outside of the caseback, encircled by other, more typical Sea-Dweller engravings.

Moreover, these special Sea-Dwellers were exclusively issued to Comex employees, and never available for sale to the public. Rolex would only customize the watches with logos and engravings as Comex ordered them; therefore, Comex-branded Sea-Dweller watches were produced in very small quantities.

As you can imagine, the combination of Comex Sea-Dwellers’ distinctive design details, non-availability to the public, and low production numbers make these pieces some of the most coveted vintage Rolex watches in the market. 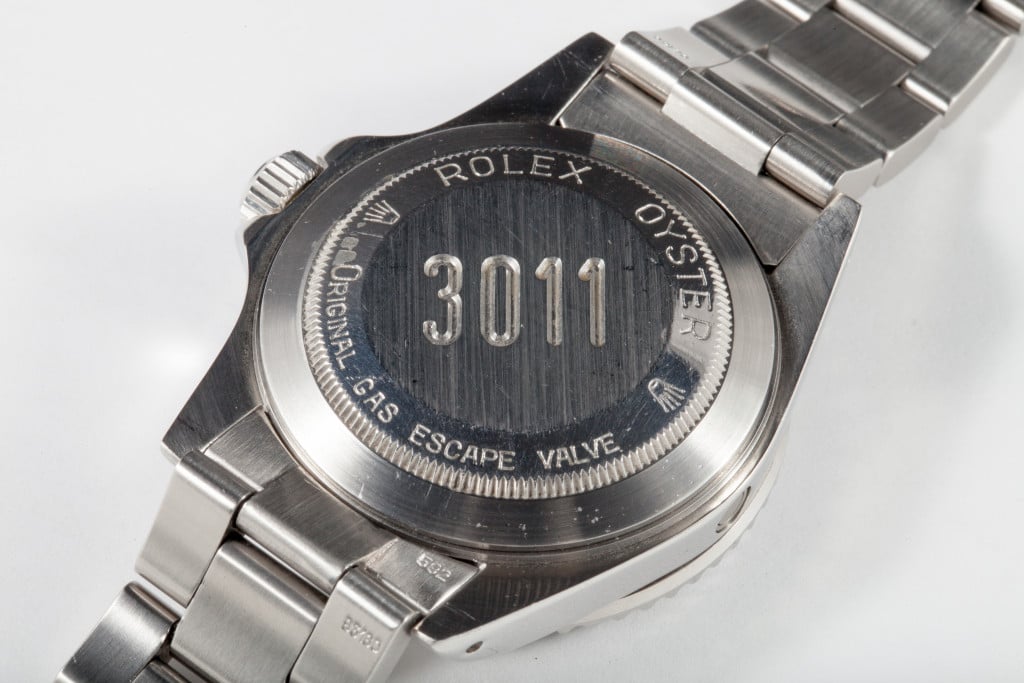 The dial is also missing the word “DATE” after “OYSTER PERPETUAL,” although the Sea-Dweller is indeed a date model. The is also no mention of “Sea-Dweller” anywhere on the dial, instead, there’s a large COMEX logo right under the center of the handset.

The original Comex Sea-Dweller Ref. 1665 dials were what we now call a “Rail Dial,” characterized by the perfect alignment of the letters Cs in CHRONOMETER and “CERTIFIED.” Lastly, the depth rating on the dial states 2000ft = 600m (instead of the more accurate 610m).

However, there’s another dial variation of the Comex Sea-Dweller Ref. 1665 to consider – the service dial. These service dials are no longer “Rail Dials” and 610m replaced 600m in the depth rating. The original dial is now commonly categorized as the Mark I while the service dial is the Mark II dial. 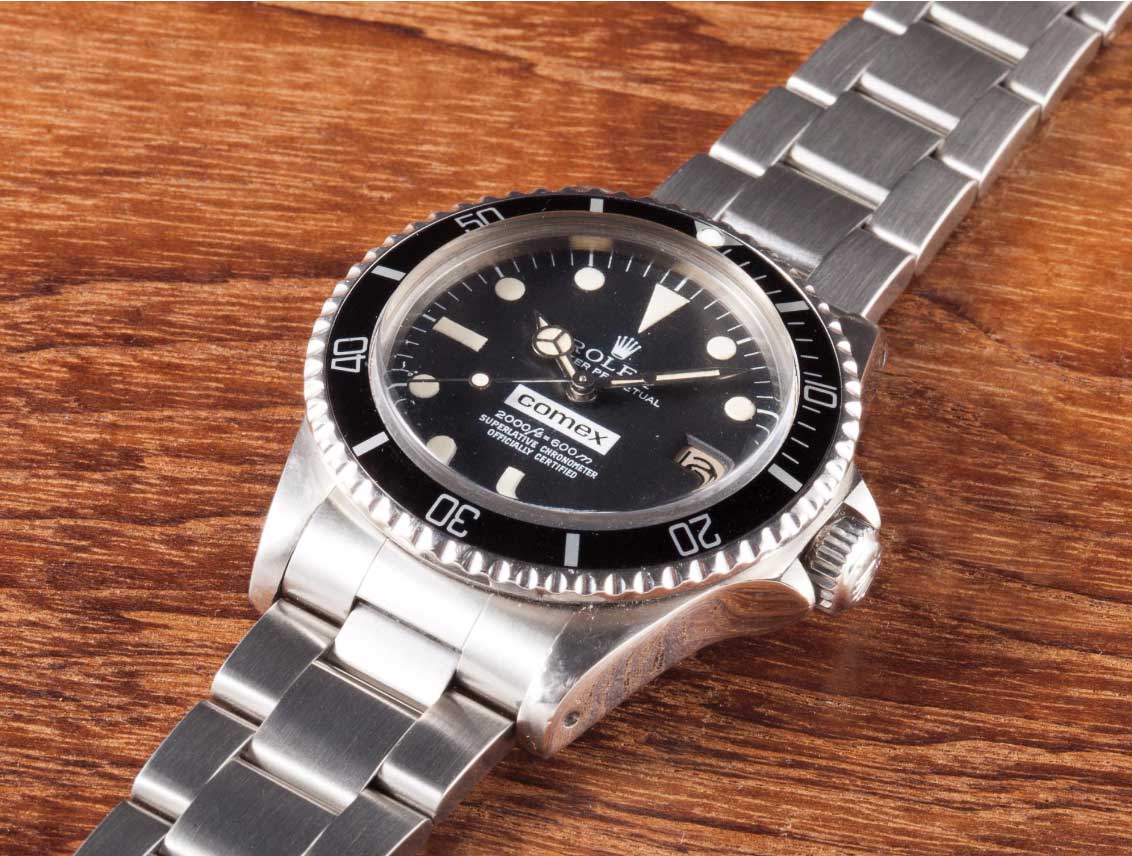 Identical to the standard Sea-Dweller 16660, these Comex Triple Six watches offered plenty of enhancements over their predecessor. These improvements included a bigger (but still officially 40mm) case for double the water resistance to 4,000 feet and to accommodate a more robust HEV. There was also the addition of a sapphire crystal and the then-new higher-beat Caliber 3035 with quickset date functionality. The word “DATE” appears after “Oyster Perpetual” and we finally see the name “SEA-DWELLER” on the dial.

There are also two distinct dials of the Comex Sea-Dweller Ref. 16660. The first (approximately) 100 examples housed matte dials and only two lines of text under the COMEX logo. Those two lines of text include the depth rating (4000 ft = 1220 m) followed by the SEA-DWELLER name.

Conversely, the remaining (approximately) 100 watches in the Comex delivery had glossy dials and white gold surrounds framing the hour markers. Furthermore, Rolex added the “SUPERLATIVE CHRONOMETER OFFICIALLY CERTIFIED” label to the dial, thereby increasing the text to four lines. Also, the SEA-DWELLER name and depth rating switched positions. A Triple-Six Comex is pretty rare so when you get an opportunity, you should take it. 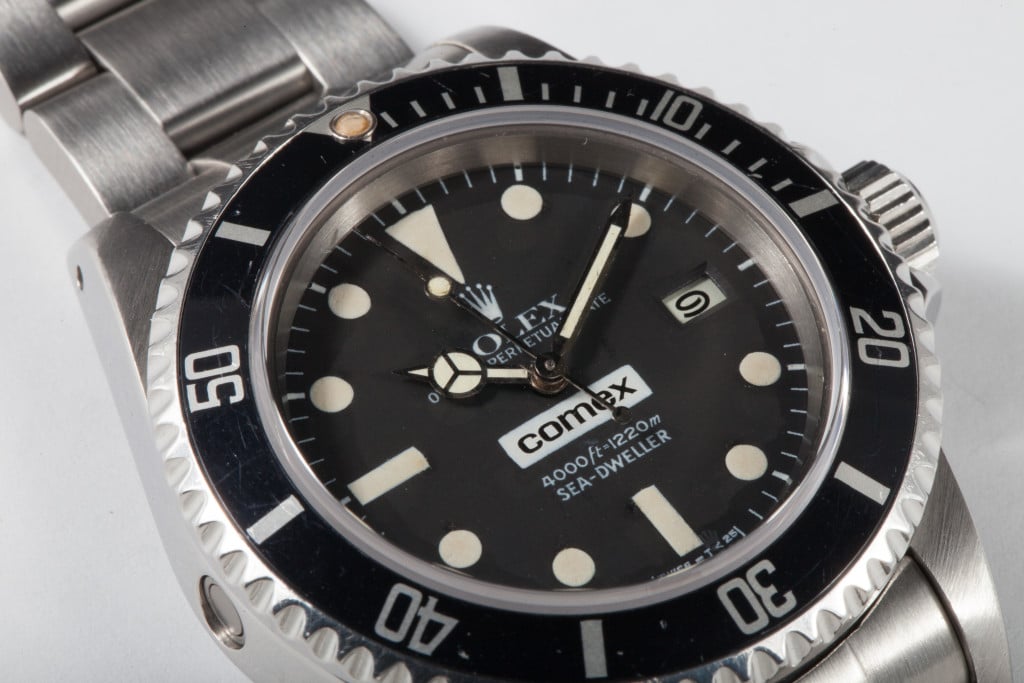 Finally, the last Comex Rolex Sea-Dweller is the ref. 16600. Rolex delivered the first lot of 100 Sea-Dweller ref. 16600 watches to Comex in 1992. These had the COMEX issue numbers 32XX. Also, the “ROLEX” and “COMEX” engravings sit straight across the exterior of the caseback.

The second delivery of the remaining watches happened in 1997 and these particular COMEX Sea-Dweller ref. 16600 included the 33XX COMEX issue numbers. This time, “ROLEX” and “COMEX” lie on a curve on the periphery of the exterior caseback. Not only were there only 200 pieces of the COMEX Sea-Dweller ref. 16600, it is also the last Rolex watch delivered to COMEX, bringing an end to the legendary partnership.

The Collectability and Value of Comex Sea-Dweller Watches 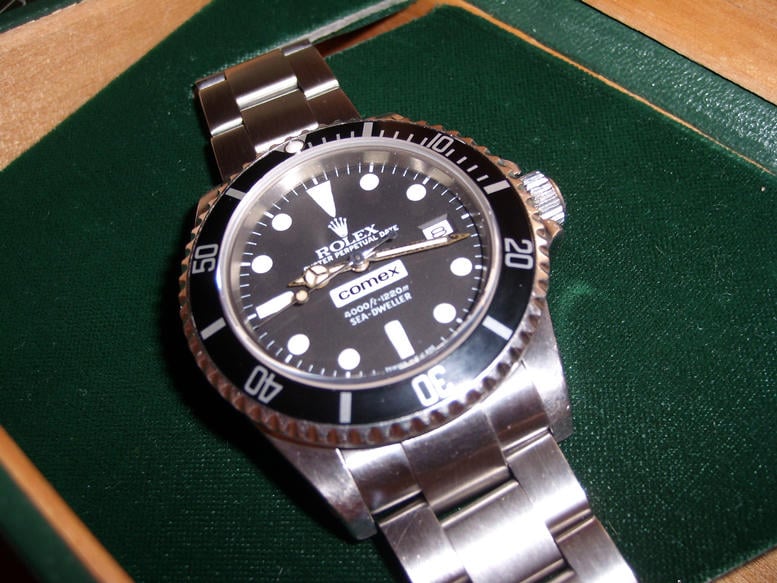 It isn’t common for Comex Sea-Dweller dive watches to come up for sale. After all, not only were they produced in extremely small batches but they were also never commercially available. These were Comex company-issued watches used in extreme environments.

A Sea-Dweller made for Comex is a grail watch for many Rolex collectors. With approximately only 700 examples ever made over three decades, the owners club for this vintage Rolex tool watch is a small and exclusive one.