A Trio of Rolex Red Submariners

The Rolex Submariner ref. 1680 was first introduced in the late 1960s and among the brand’s vintage diving watches, this particular reference is a popular one to collect. The ref. 1680 was the first Submariner to feature the date function and matching Cyclops lens on the crystal. Early models of the Submariner 1680 featured the label “SUBMARINER” in red on the black dial — hence its nickname, the Red Submariner. The red writing was eventually phased out and replaced with white writing in the mid-1970s. Anyone who has spent some time collecting Rolex watches knows that the devil is in the details and something as seemingly small as red writing can significantly increase a vintage Rolex’s appeal and value. 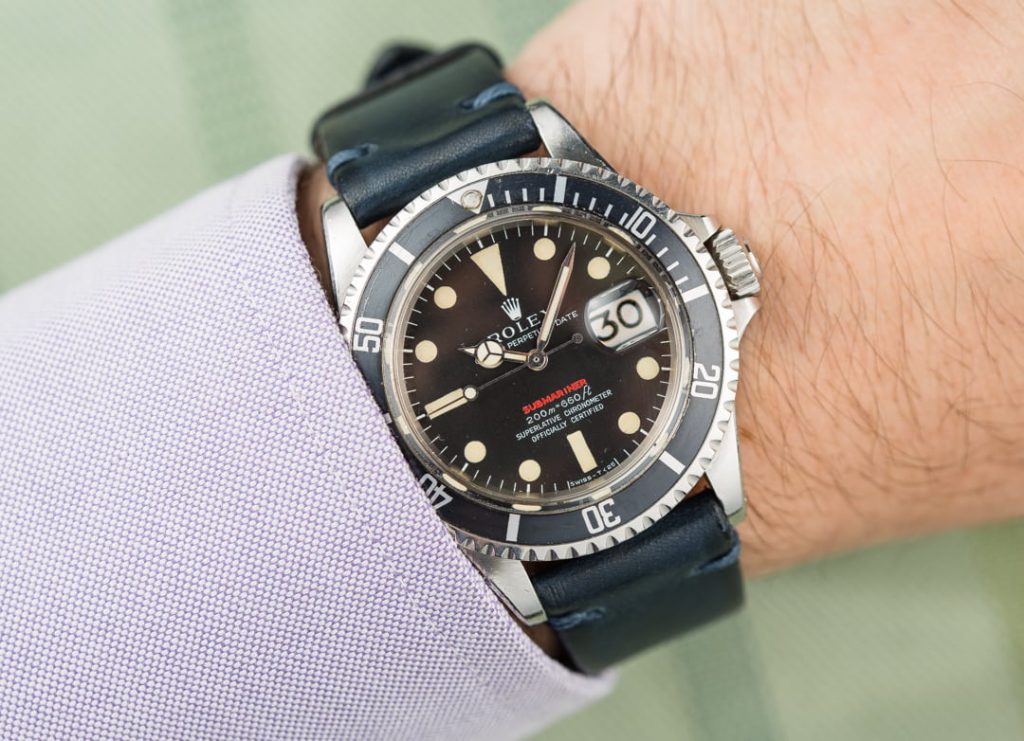 There are seven known dial variations of the Submariner ref. 1680 classified as Mark I – Mark VIII where Mark II and Mark III are grouped together because of their similarities. The Mark I – Mark VI dials include the red writing while Mark VII and Mark VIII have white writing. Here are three different dial variations of the Rolex Red Submariner 1680, each with their own intriguing details. 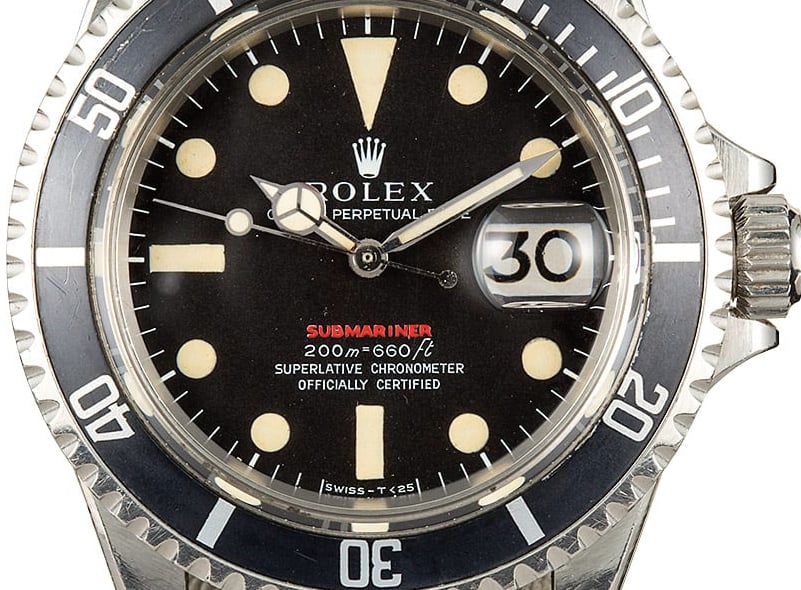 This particular Sub from 1968 is equipped with a Mark II dial. An important detail to observe is that the meters indication (200m) is placed before the feet indication (660ft). This is only true of the Mark I, Mark II, and Mark III dials. From Mark IV onward the feet indication was placed before the meters one. Another distinguishing detail to note is the open style of the number “6s” in “660ft”. 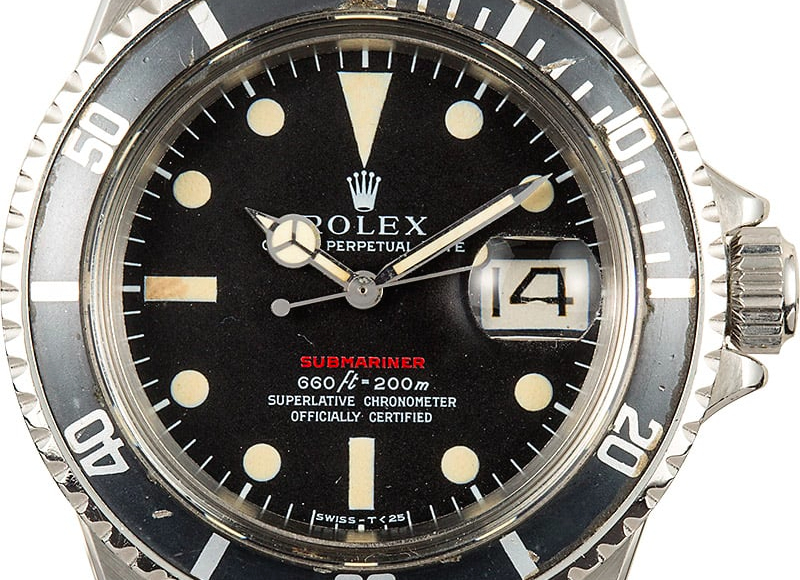 The Rolex Red Submariner is an increasingly rare watch since it is highly desireable. 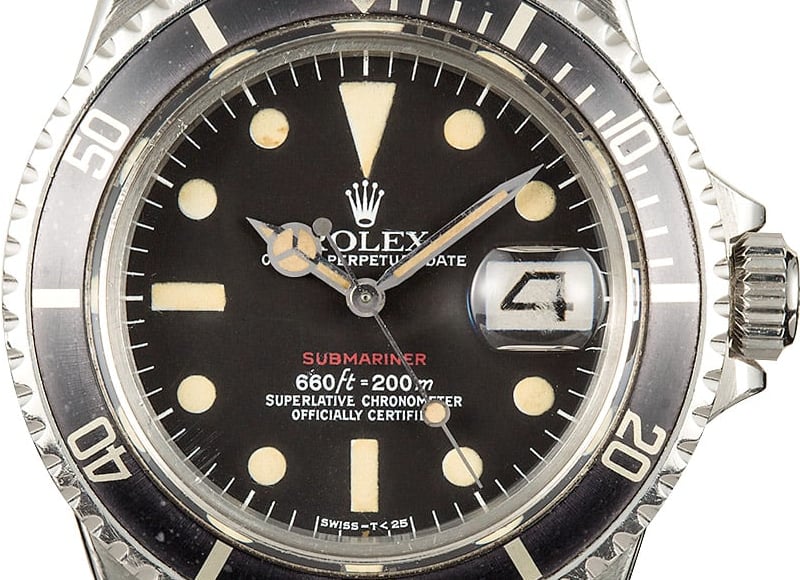 To the untrained eye these dial details would most likely go unnoticed. However, for a Rolex collector, it is precisely these small details that keeps things exciting. Not only is it a chance to learn a little bit about the history of Rolex and their models, but it can also be a thrilling challenge to find the exact dial you’re looking for. Plus, having that little mystery that can only be deciphered by other Rolex aficionados is pretty sweet too.

One Response to “A Trio of Rolex Red Submariners”