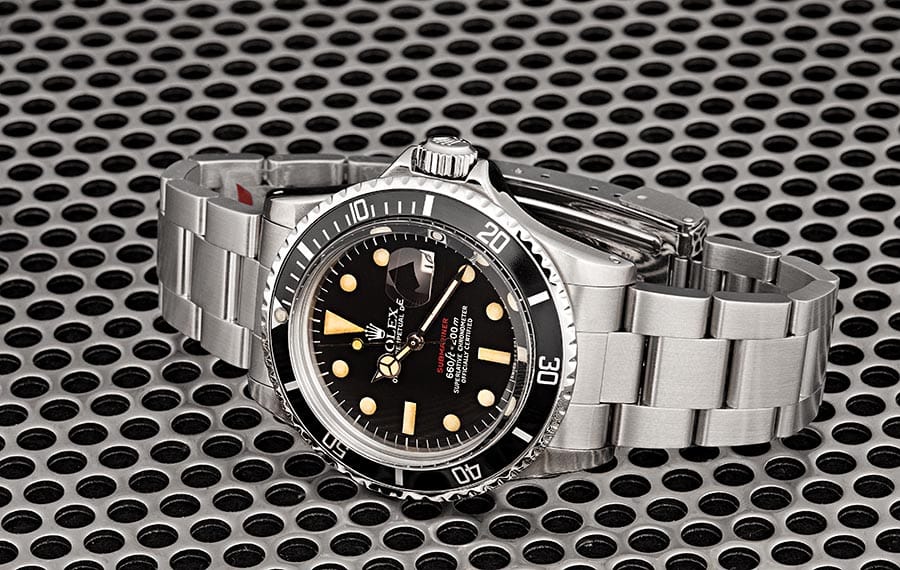 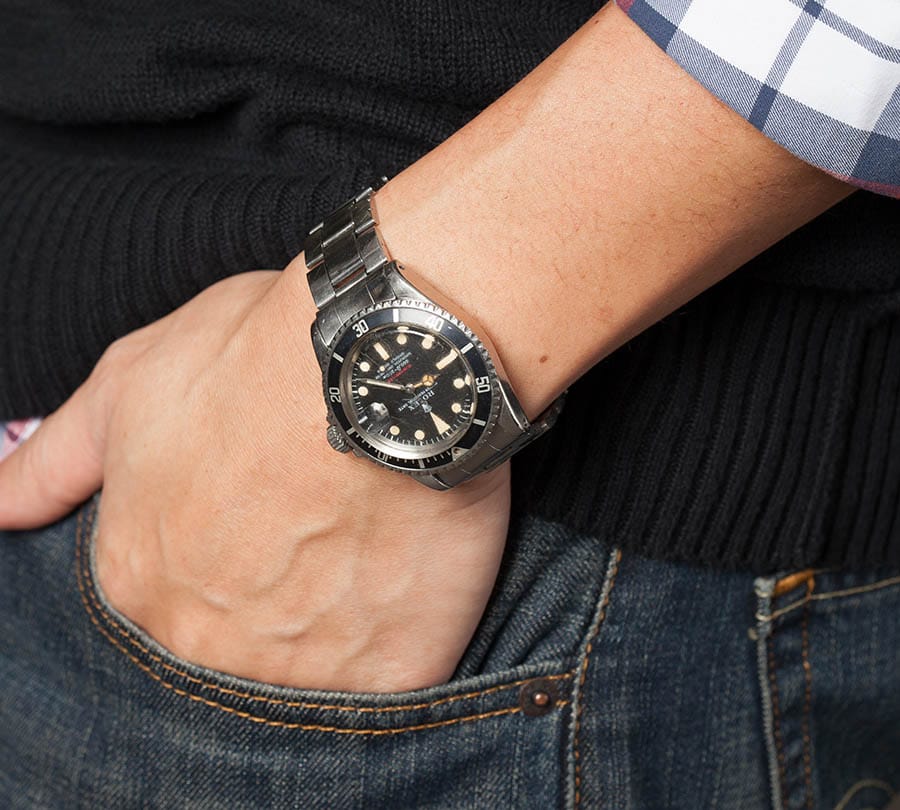 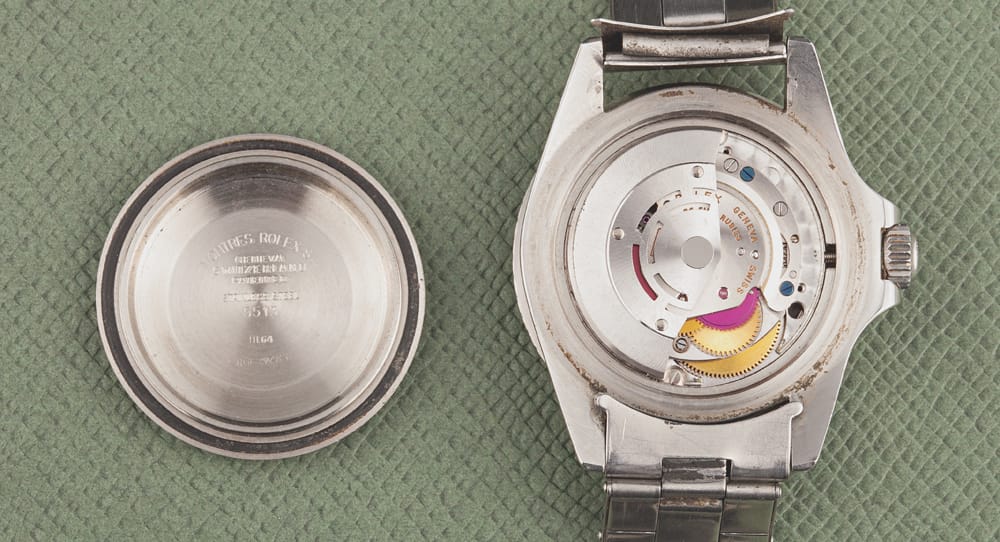 The Red Submariner’s uniqueness is shown in a variety of ways. It measures 28.5mm in diameter and 6.30mm in height, with a 19,800 beat. It is fitted with a Breguet overcoil, a hairspring with a sharply curved outer end that improves the spring’s concentric development. The case is a very important component of the watch. Unlike hands or an insert, a case is something you cannot easily change or improve on a watch without buying a separate, and thus, unoriginal piece. When collecting, it is important to have as many original components as possible. 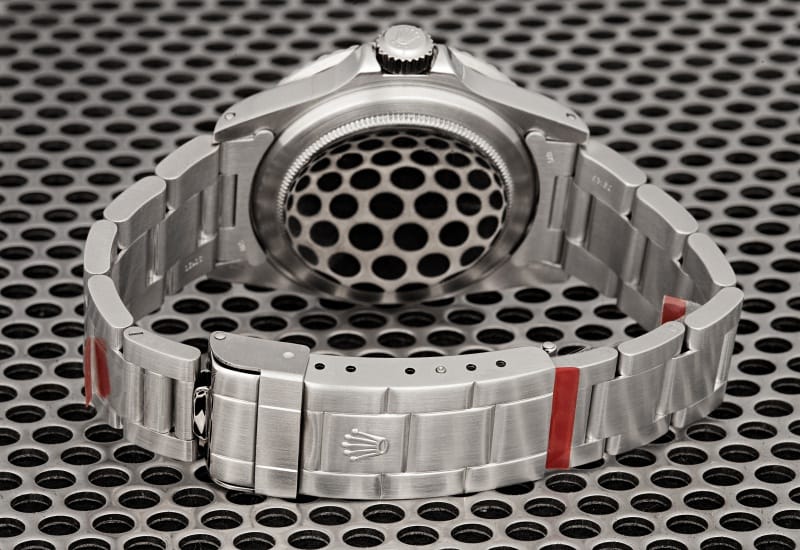 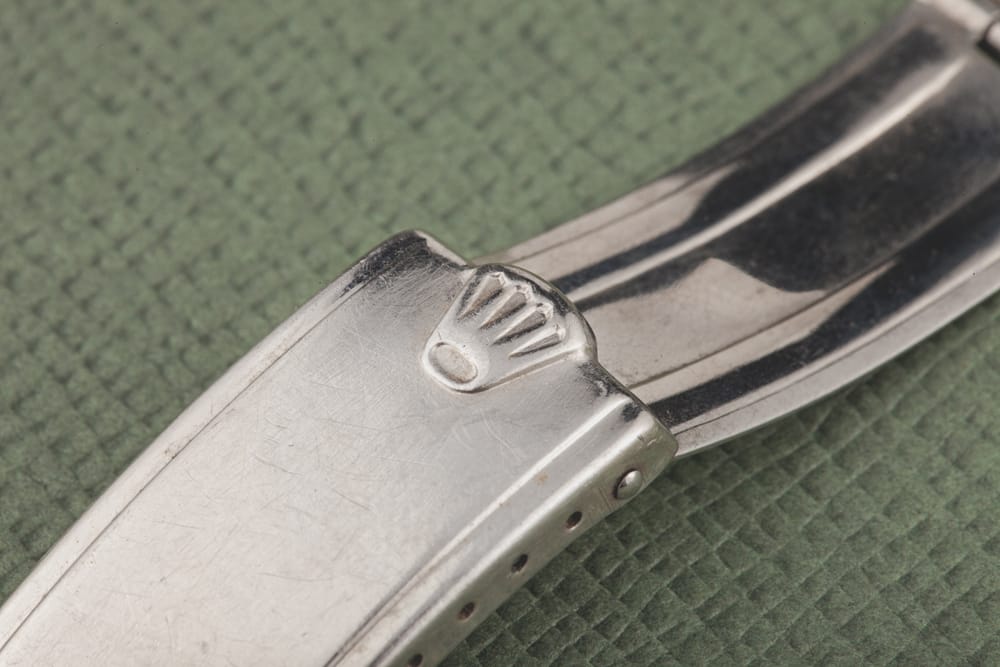 What if your Red submariner does not sport a 9315 Folded Link bracelet? The USA Made Riveted bracelets, for example, are sometimes found on Red Submariners. These bracelets do not have a model number stamped and are simply known as “USA Made Riveted” Bracelets. The only stamped component on the USA Made Riveted bracelets is the clasp. They also lack the diver expansion and flip lock. The 9315 Solid Link, introduced in the late 1970s, has also been seen on the Red Submariner. It features 580 end pieces and is considered the most comfortable wearing bracelet for the Red Submariner, as well as other vintage Rolex models. However, these bracelets are less expensive than the 9315 Solid Link, as they are more readily available and are not usually sought by collectors. 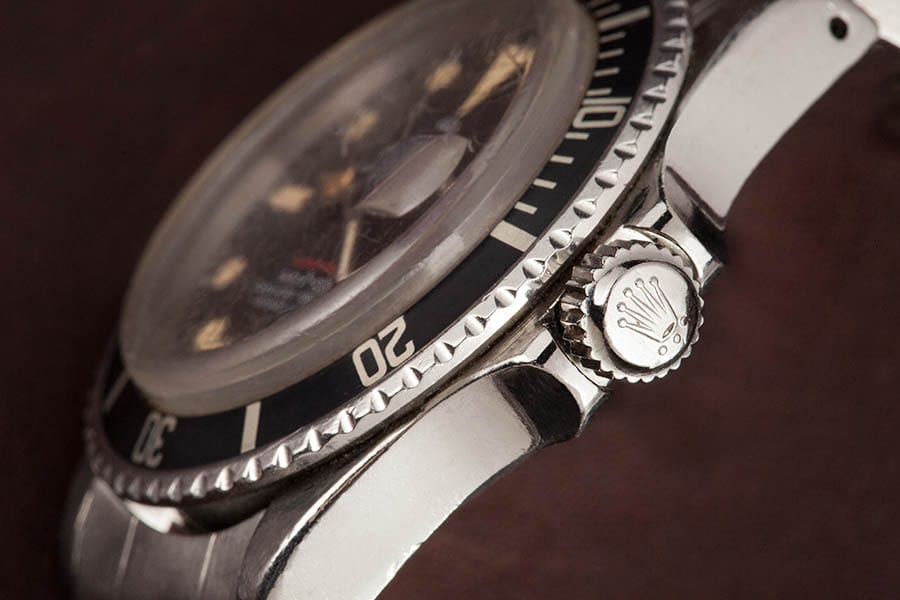 Both the Red and White Submariners are fitted with the chronometer rated in-house Rolex movement 1575, offering extreme accuracy. The chronometer rated movement is an extremely complex and well tested design. The rigorous testing process, which lasts 15 days and 15 nights, subjects the bare movements to five different positions; crown left, crown up, crown down, dial up and dial down, as well as varying temperatures ranging from 2°C to 32°C. If the movements average an accuracy of within -4/+6 seconds a day they are official endorsed as a chronometer movement. Thus, all Red Submariners offer an officially endorsed and rigorously tested chronometer.

The Red Submariner was also one of the first Rolex Oyster Perpetual Submariners that incorporated a date function. While the Rolex GMT Master model # 6542 was the first Rolex watch to carry a date, but the Submariner was the first Oyster Perpetual to do so. The date feature is non-quick set, thus the hands must be moved 24 full hours to change the date. This movement came in two designs, the original models featuring a non-hacking movement while the latter designs featured a hacking movement. This, like the production date, has also been questioned by collectors. Some Red Submariners, made before the supposed release of the hack feature, possess it. 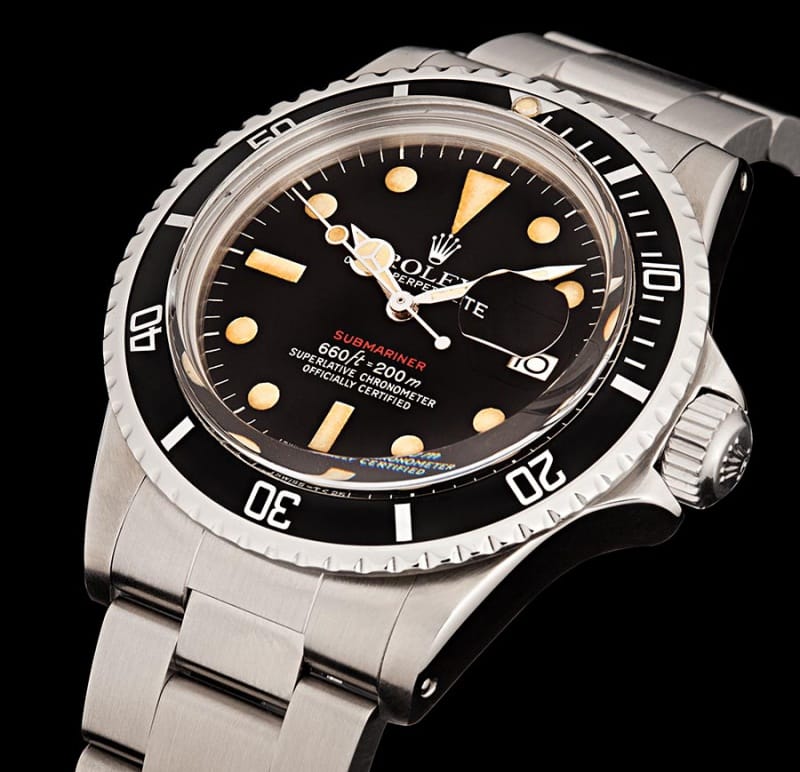 The formatting of the depth rating on the dial also leaves questions about production. Some dials feature meters first, followed by feet. However, other Red Submariners feature feet first, followed by meters. Some collectors believe that the ratings were subject to regional variations. This is certainly a plausible explanation. 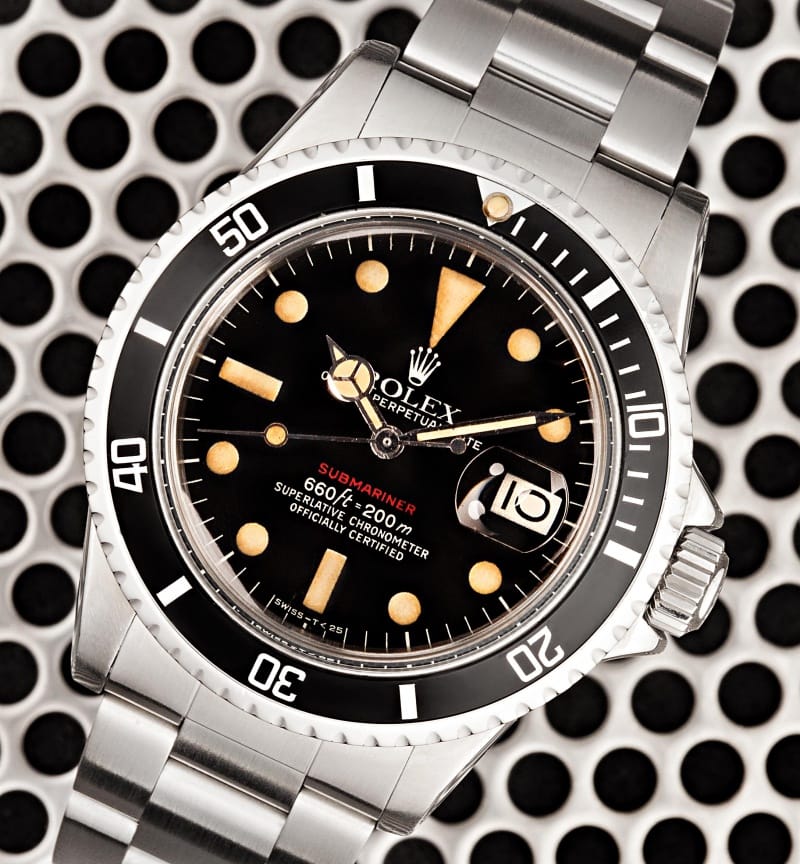 Aside from the watch itself, it is important to consider purchasing a watch complete with box and papers. Not only will the original papers reassure the buyer that the watch is legitimate, it also adds to its overall value. However, a Rolex Red Submariner will still be extremely valuable without papers. Papers are more for serious collectors who are looking for investment grade pieces. However, obtaining papers on any Rolex watch one buys is a good idea, for reassurance and higher resale value.

The Red Submariner offers many other features including a bi-directional bezel, a matt dial with tritium luminous material, and a thick synthetic plastic crystal. The Red Submariner is also a rarer watch, increasing its desirability and worth. Because of its advanced technological and design features, including water resistance, rigorously tested and accurate chronometer, and unique aesthetic appeal, it is not wonder the Red Submariner is a constantly sought after collector’s piece.