With no Baselworld show taking place this year, many of the watch industry’s top brands have joined Watches and Wonders as a means to debut their new releases. As usual, Rolex’s novelties often receive the majority of the attention on the first day of the event, but a number of other brands have also unveiled some truly noteworthy luxury watches that will be joining their respective lineups for 2021.

More than three dozen of the world’s top luxury brands all unveiled their new models on the Watches and Wonders Geneva digital platform, and while the Geneva event is entirely digital, there will be a limited in-person event in Shanghai from April 14-18th, where people will be able to get hands-on with the new watches and see them in the metal. In the meantime, here is a quick overview of some of the most noteworthy new releases from Tudor, Patek Philippe, Oris, and Panerai.

Click here for a closer look at some of the most iconic luxury watches all collectors should know. 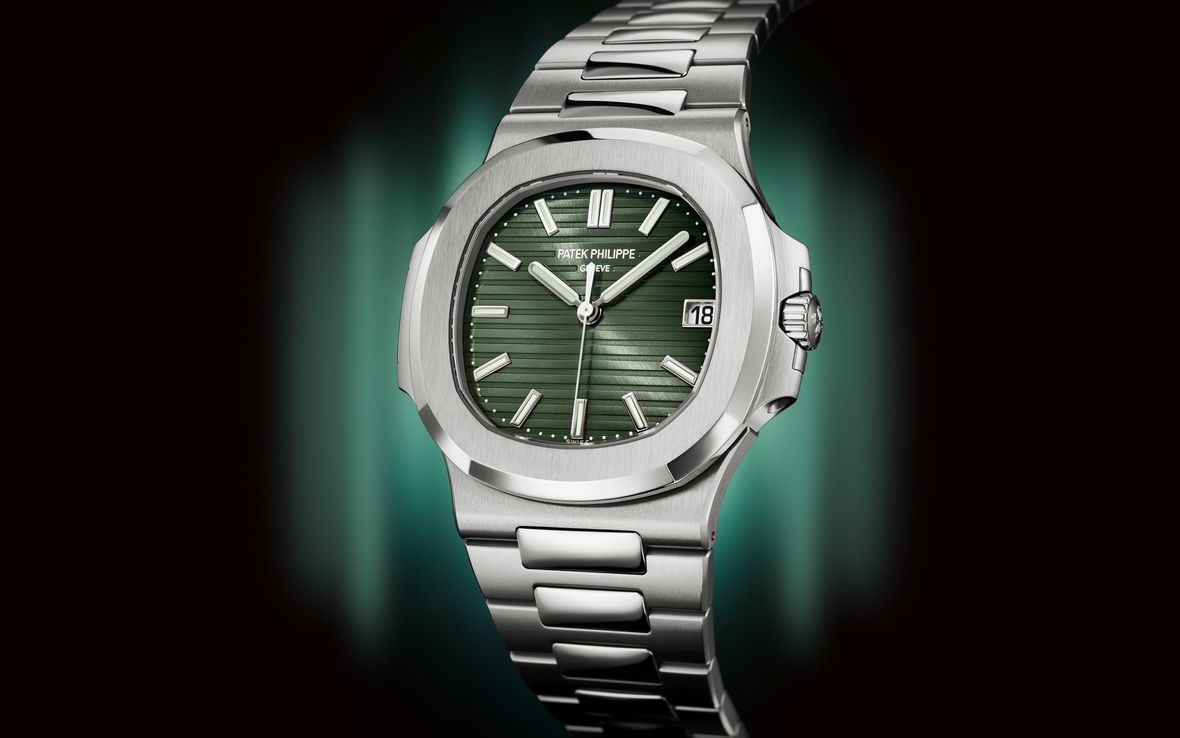 Weeks before Watches and Wonders, Patek Philippe announced that it would be discontinuing the mega-popular stainless steel Nautilus reference 5711. Prior to being discontinued, the model was easily among the most desirable watches in the world and it is reported that waiting lists were reaching a decade in length at retailers.

While the stainless steel Patek Philippe Nautilus ref. 5711 is discontinued, the brand has brought its fan-favorite back with a striking olive green dial for what can only be called a victory lap of its success. Patek is offering the new green dial reference 5711 in either its standard configuration or with a diamond-set bezel, and rumor has it that these models are only going to be produced for about a single year. Given that the recently discontinued model with a blue dial already had a 10-year waiting list, it is likely safe to assume that virtually all of these new green dial Nautilus watches have already been claimed.

Another big new release for 2021 from Patek Philippe is the Nautilus Travel Time Chronograph ref. 5990, which is now offered in solid 18k rose gold. Just like the existing stainless steel version, the new reference 5990/1R-001 features the same dual timezone display and flyback chronograph functionality, but its case and signature integrated bracelet is now constructed from solid rose gold, which perfectly complements its rich blue dial. 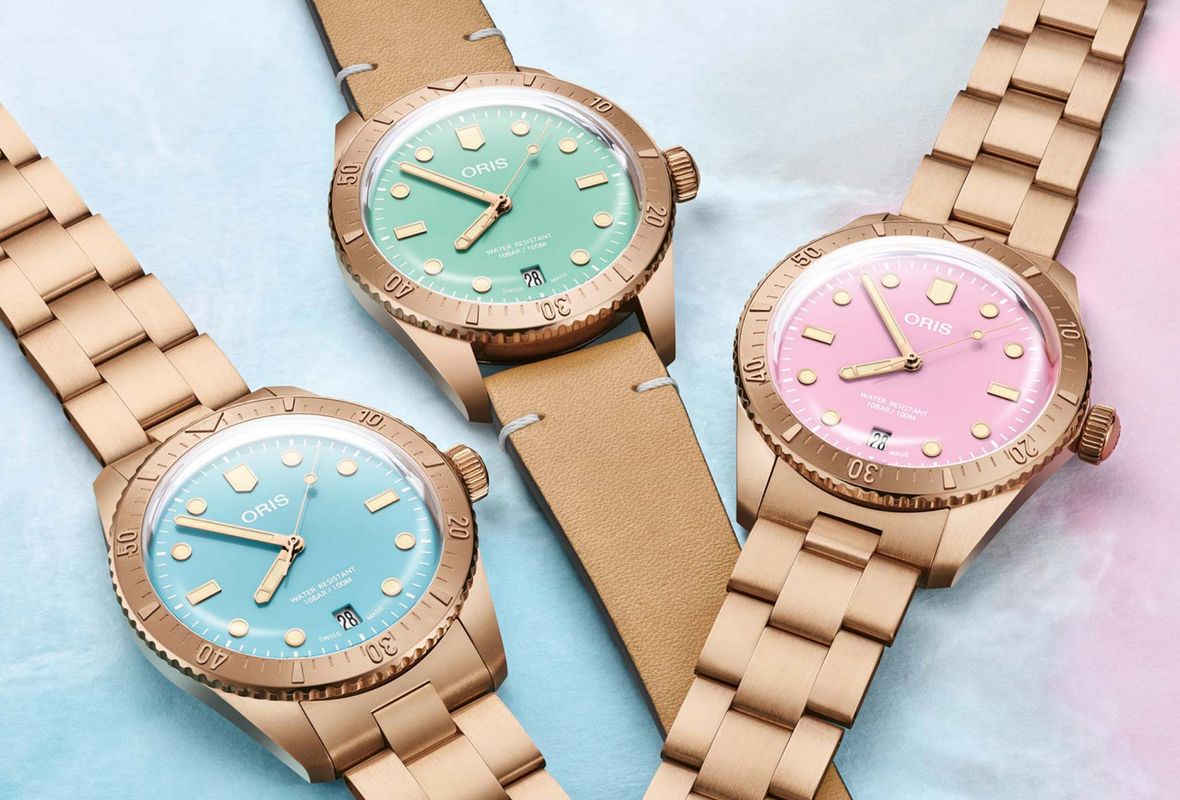 Oris has already unveiled a number of new models this year, but that does mean that the brand did not have any new releases to present at Watches and Wonders. The big news from Oris last year was that the brand had created a new in-house movement – the Caliber 400 – which significantly improves upon the metrics of the standard off-the-shelf calibers that the brand currently uses for many of its watches.

The latest new Oris watch to feature the Caliber 400 is the AquisPro Date, which features a DLC-coated titanium case, a 1,000-meter depth rating, and the brand’s proprietary Rotating Safety System that prevents accidental adjustment of the watch’s timing bezel. Exclusively offered in black and fitted with a ceramic bezel insert and rubber strap, the Oris AquisPro Date is a professional dive watch that is unapologetically modern and purpose-built in its execution.

Additionally, while the new AquisPro is about as serious and modern as you will find in Oris’s current catalog, the brand has also unveiled a series of new Divers Sixty-Five ‘Cotton Candy’ watches that feature bronze cases and are available with matching bronze bracelets. Available in three different colors, which are named sky blue, wild green, and lipstick pink, the new bronze Oris Divers Sixty-Five models do not feature the brand’s latest in-house movement, but with a vintage aesthetic, a 38mm case diameter, and some seriously playful springtime dial colors, these new ‘Cotton Candy’ models are a very welcome addition to Oris’s catalog. 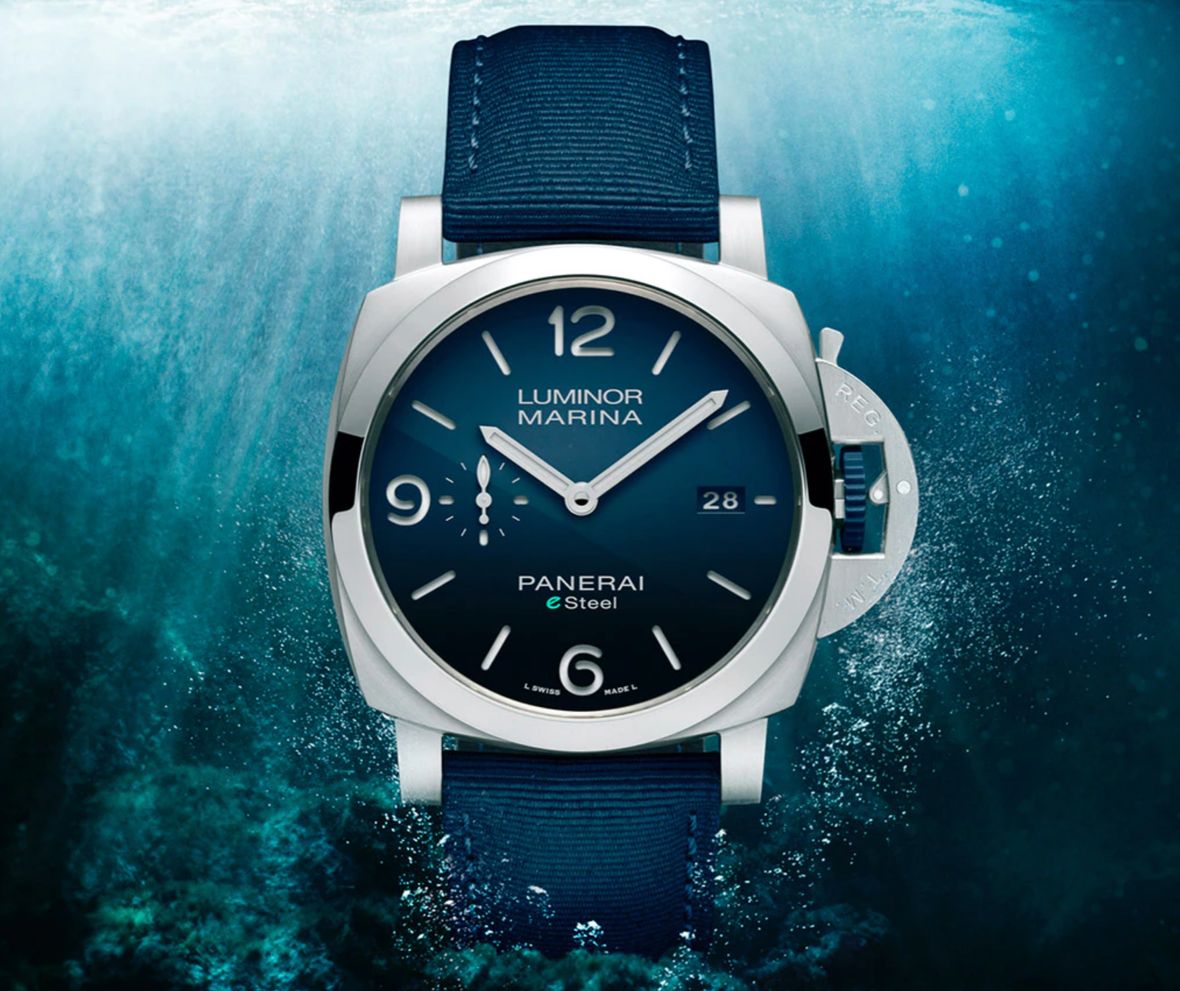 Panerai also debuted a handful of new Luminor models at Watches and Wonders this year. Panerai has an incredibly consistent design language, and nearly all of the brand’s watches either fall into the Luminor or Radiomir side of its collection. However, Panerai is a major innovator when it comes to materials, and alongside the usual options such as stainless steel, titanium, and ceramic, the brand also produces a number of proprietary options that are entirely exclusive to its watches.

A major theme of the new Panerai models from Watches and Wonders 2021 is recycling and sustainability. The new Panerai Luminor Marina eSteel models are made from 58.4% recycle-based materials (by weight), and the brand’s eSteel alloy itself is a proprietary compound that incorporates recycled materials for a more sustainable and eco-friendly production process. Additionally, there is also the Panerai Submersible eLab-ID, which takes sustainability up a notch and features a case crafted from EcoTitanium and consists of 98.6% recycled-based materials.

Additionally, there is also a new Panerai Bronzo with a blue dial that offers the Bronzo’s bold aesthetics but with a smaller 42mm case diameter. The Panerai Bronzo is a cult favorite and it was among the first big-name luxury watches to feature a solid bronze case – something that has become a trend throughout much of the industry. However, the Bronzo has historically been a 47mm watch, so the new 42mm Bronzo opens up the model’s hallmark style to a significantly wider range of buyers. 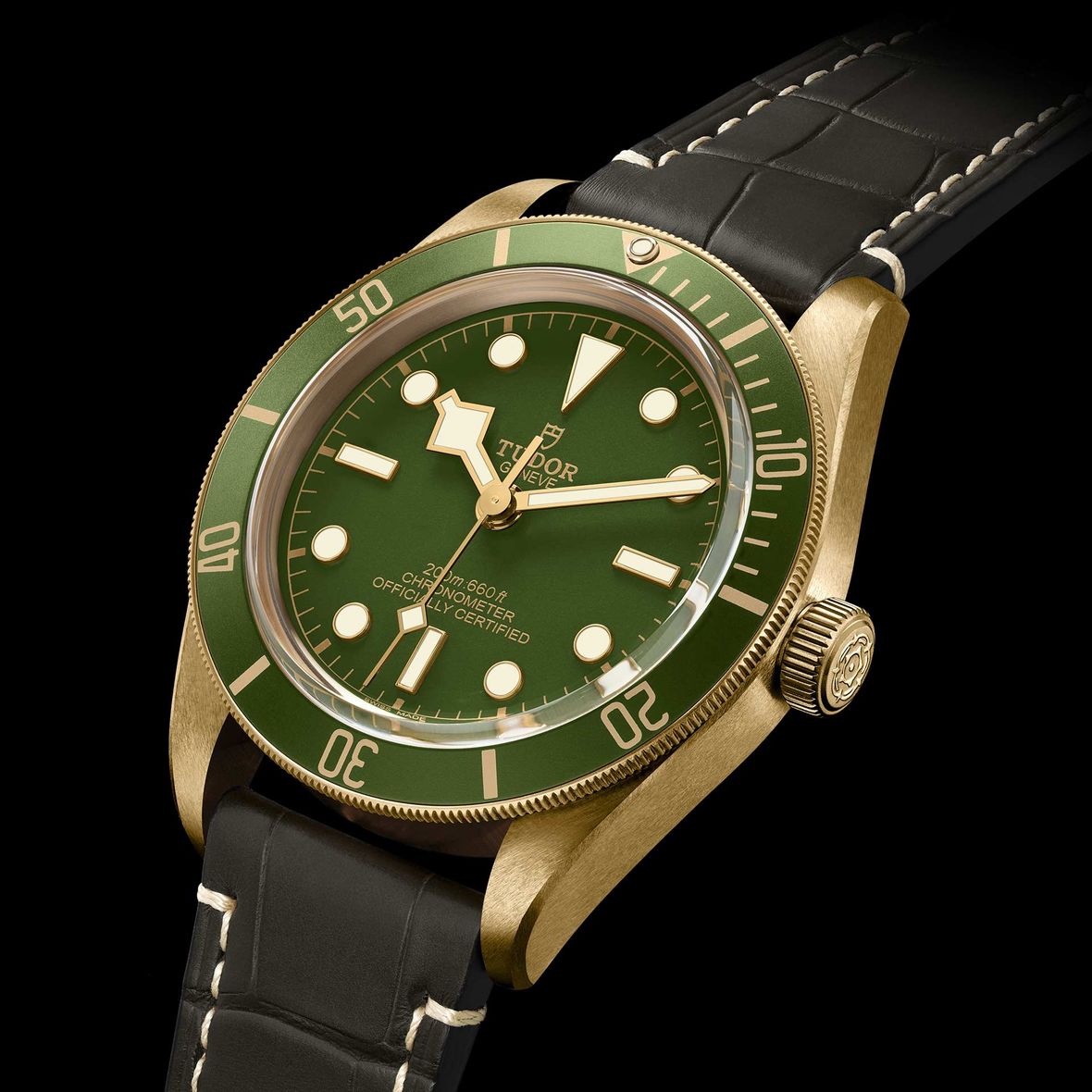 While the biggest news from Tudor last year was the Black Bay Fifty-Eight with a blue dial and bezel, Rolex’s sibling company has rolled out a number of new and noteworthy watches for 2021. The updates to the brand’s 1926 collection and the non-diver Black Bay watches were relatively minimal and largely surrounded new dial and strap options. However, elsewhere in the Black Bay lineup some seriously new additions also made an appearance.

Possibly the most discussed new Tudor watches for 2021 are the two precious metal editions of the Black Bay Fifty-Eight. Joining the existing stainless steel models with either black or blue dials and bezels is a solid 18k yellow gold variant with a green dial and bezel and a version crafted from sterling silver that features a taupe dial and bezel. As Rolex’s more affordable sibling company, a solid gold dive watch is slightly uncharacteristic for Tudor and watches with sterling silver cases are not something you typically see at all anymore. However, as Tudor continues to assert itself as one of the world’s top luxury watch manufacturers, more premium options simply are a logical progression.

Another noteworthy new Tudor release for 2021 is the updated Black Bay Chrono, which swaps out the steel bezel of its predecessor for one with an anodized aluminum insert. The new models offer buyers the option of either white (panda) or black (reverse panda) dials, and the profile of the watch has been slimmed down to offer users a thinner and more refined overall package. While these new Black Bay Chrono models are powered by self-winding movements with date displays, their updated dials paired with their new black bezels offer an aesthetic that is more than slightly reminiscent of Rolex’s vintage manually-wound chronographs.