The world’s top athletes always have access to the best of the best. The most remote holidays, the biggest homes, and of course, the most luxurious and exclusive watches. But while the world’s best athletes all have priority access to the world’s luxury watch market, everyone has their own unique style.

While some athletes fill up their watch boxes with the brightest bling, others go for the most exclusive or iconic timepieces they can get their hands on. There are also the ones who prefer something classic and understated, despite having both the money and connections to wear more-or-less whatever they want. In this list, we’re going to introduce you to the real-life watches worn by our favorite athletes. Some of the pieces are iconic, some are custom-made, some are completely iced out, and others are the result of great partnerships with the brands themselves. 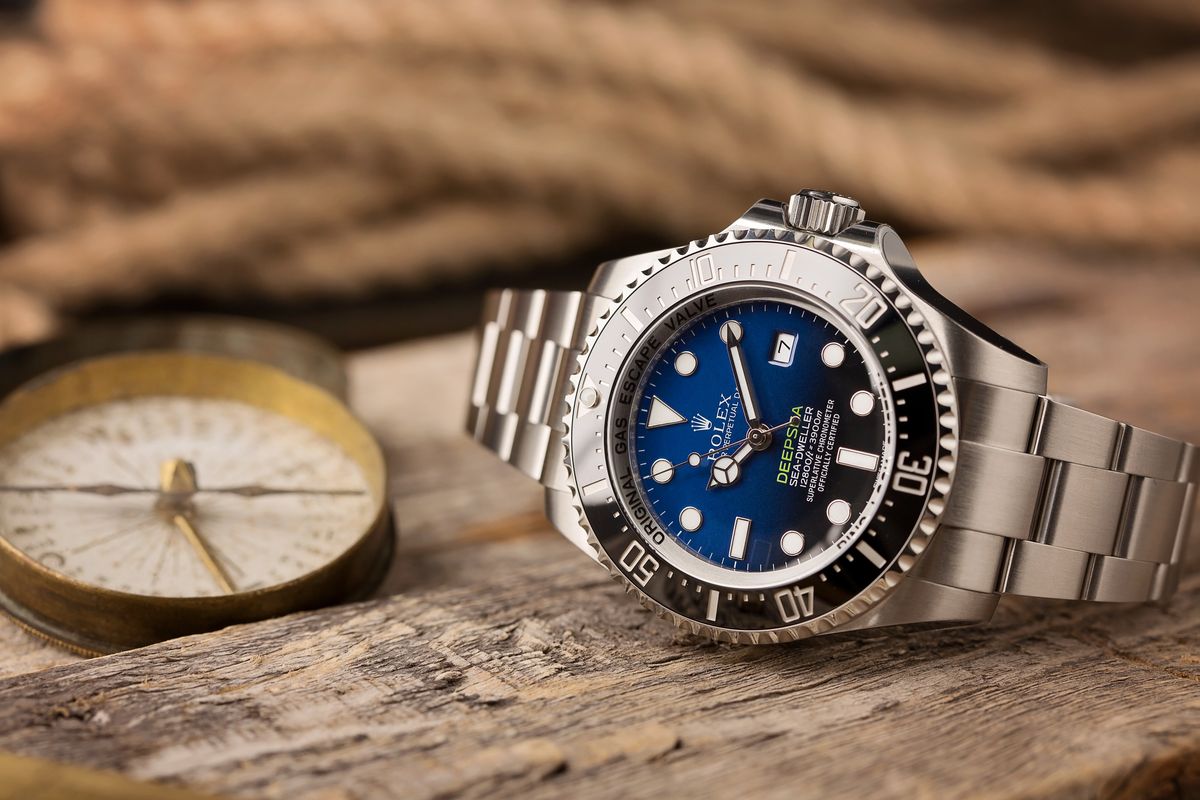 The world-famous golfer has been a Rolex ambassador since 2011, so it’s no surprise that you can frequently spot one on his wrist. What may surprise you is his watch of choice: the Rolex Sea-Dweller Deepsea, which can withstand serious depths of up to 3,900 meters. “When I’m not playing golf, I want to be in the ocean,” the top golfer told Rolex. “I grew up in Southern California, in the Pacific, surfing, and I dive all the time.” Out in public, you’ll often see him wearing the Rolex Deepsea Sea-Dweller with the D-Blue (aka the “James Cameron”). 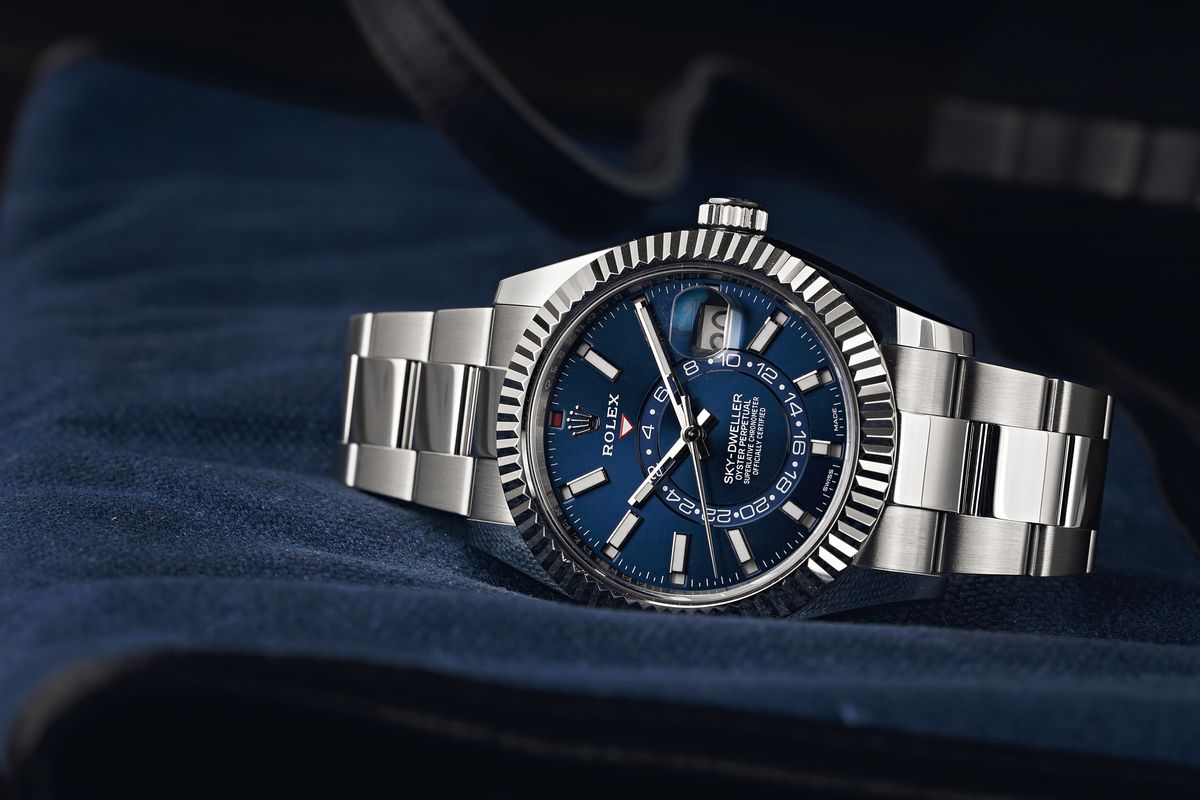 It’s fitting that tennis star Roger Federer straps on a Rolex Sky-Dweller since he’s usually jetting off around the world to different matches. One of Rolex’s most important and well-known ambassadors, Federer frequently sports the Sky-Dweller, easily the most complex watch currently in Crown’s catalog (although he does own a number of other Rolex watches in his personal collection). The Sky-Dweller not only oozes with elegance thanks to a fluted bezel and clean yet complicated dial, but it has serious functionality with both a dual time display and an annual calendar complication. An instant classic since it was introduced in 2012, we love that Federer has adopted this Rolex ‘new kid’ as his go-to luxury watch. 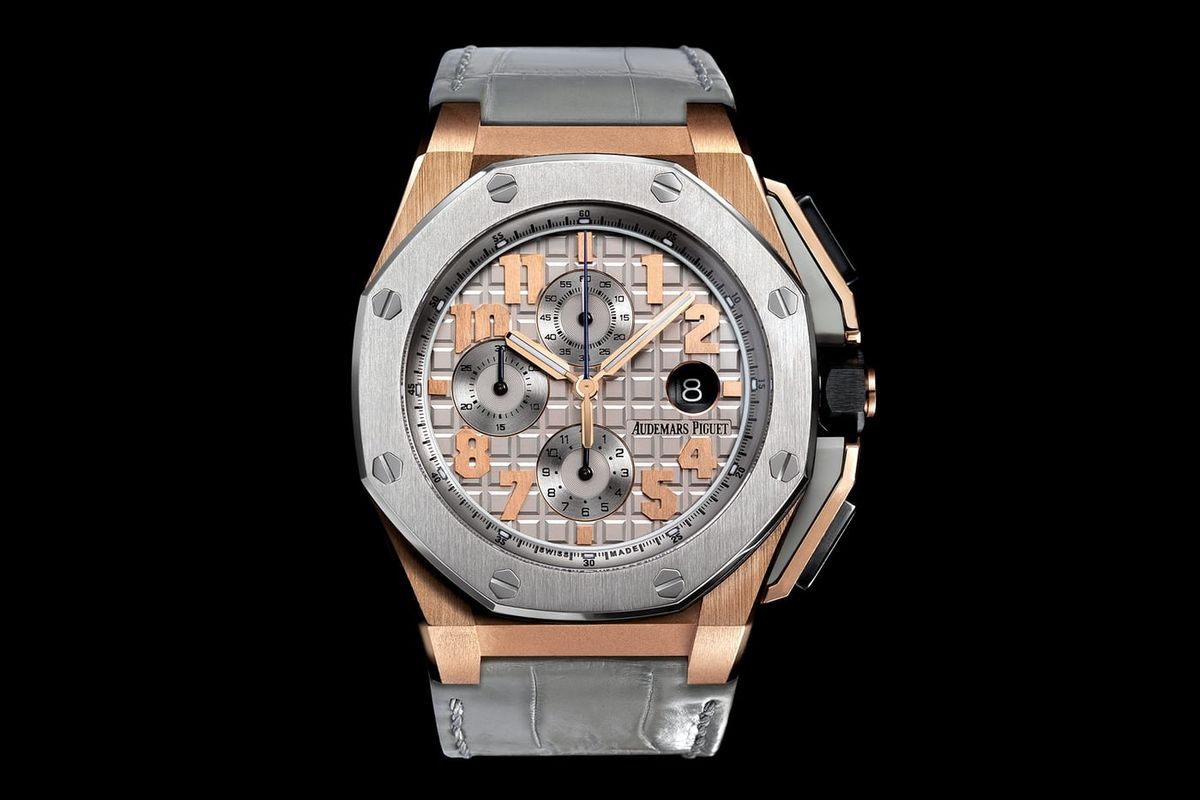 The Audemars Piguet Royal Oak Offshore is easily one of the world’s most exclusive timepieces. So, it comes as no surprise that pro baller and business mogul LeBron James not only owns one of these timepieces but also collaborated with Audemars Piguet to create a Lebron James Limited Edition Offshore for us regular people who may want to live a bit like the King himself. In addition to LeBron James’ signature printed in blue on the sapphire crystal case-back, this watch also features an 18k rose gold case, a titanium bezel, a black ceramic crown, and black ceramic chronograph pushers with the pusher at 2 o’clock set with diamonds. While the price alone (more than $50k) makes this watch exclusive, the LeBron James AP is also a limited edition, so only 600 pieces were ever created. 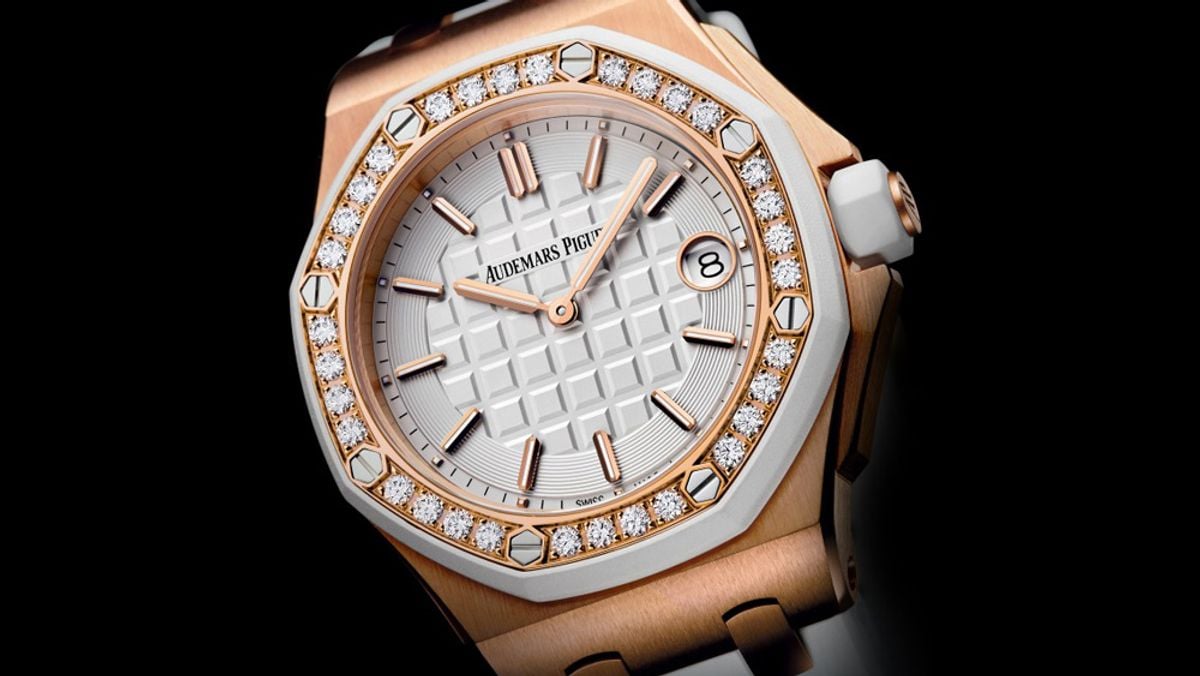 Serena Williams isn’t just one of the best tennis players to ever live, she is also one of the world’s most famous professional athletes. Known for her 23 Grand Slam singles titles, philanthropy, and work with sponsors like Nike, Gatorade, and Audemars Piguet, the woman is an absolute powerhouse and a true household name. Williams has been sponsored by AP since 2014 and is known for sporting many variations of its famous Royal Oak Offshore, both on and off the court. More recently we’ve also seen her sporting the models from the Millenary collection; however, we’ll always associate Williams with the Royal Oak Offshore. 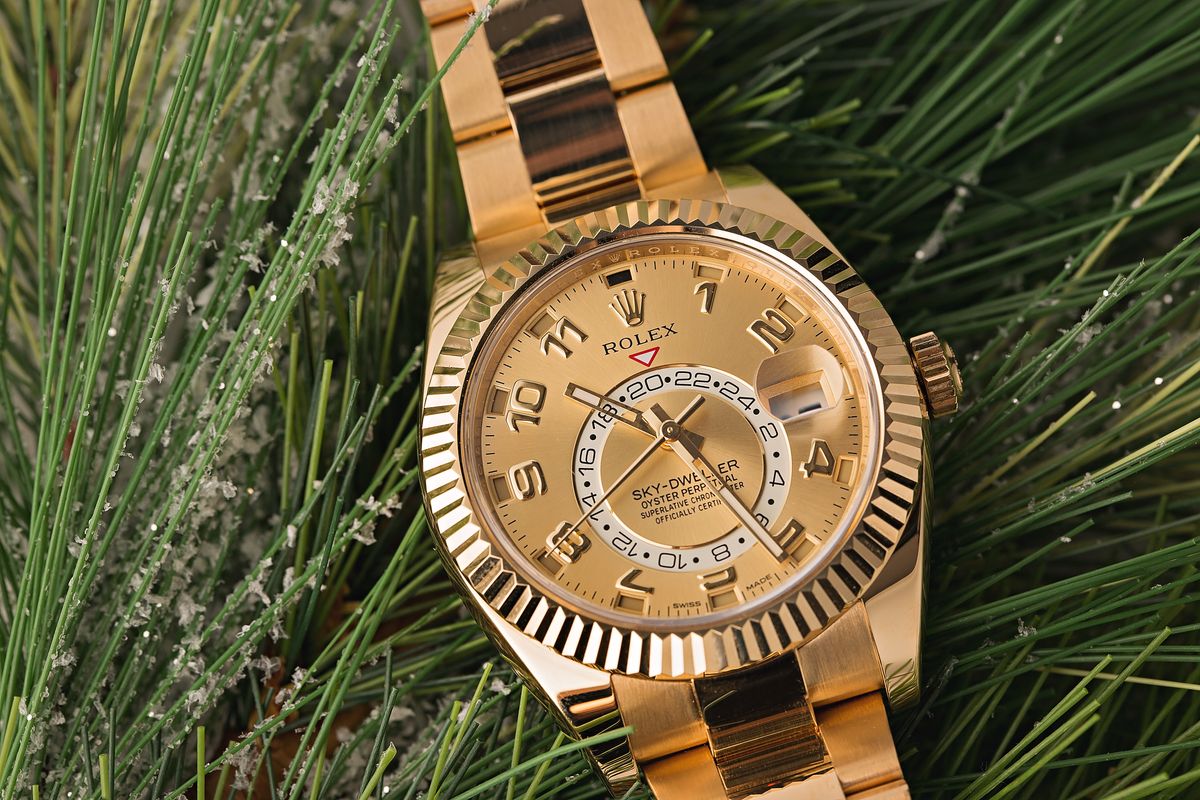 MMA fighter Conor McGregor is best known the world over for his mixed martial arts and boxing skills. However, he also makes headlines for his unabashed display of wealth from all those matches (and we can’t say we blame him). Naturally, he’s shown off some pretty blingy timepieces over the years, but McGregor can actually be spotted wearing one of his 18k gold Rolex Sky-Dweller watches a significant percentage of the time. We love the Sky-Dweller for it is complex functionality yet deceptively simple and elegant design, which gives McGregor just the right amount of glitz, glam, and seriousness. Plus, the dual timezone functionality and annual calendar are perfect for the jet-setting athlete. 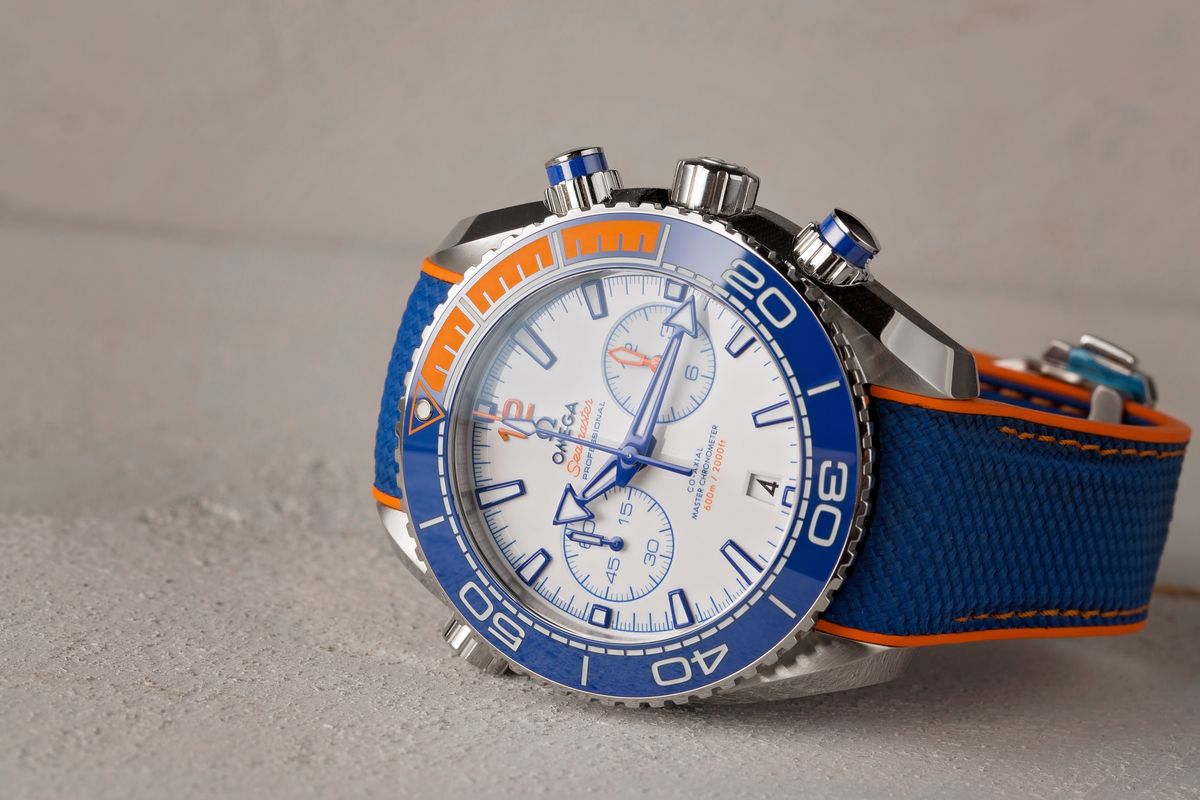 Michael Phelps is the most decorated Olympian of all time with a whopping 28 Olympic medals over his entire career – 23 of which are gold. Michael Phelps partnered with Omega back in 2018 for the Rio Olympics and to honor his record-breaking wins, the watch company created a timepiece to celebrate his career. The Omega Planet Ocean 600m Co-Axial Chronometer is naturally designed to be highly water-resistant and it is also outfitted with a beautiful blue ceramic bezel with contrasting orange accents that flows into the strap. Turn this watch over and you’ll see a sapphire display case-back which even has a Michael Phelps logo etched in chromium. 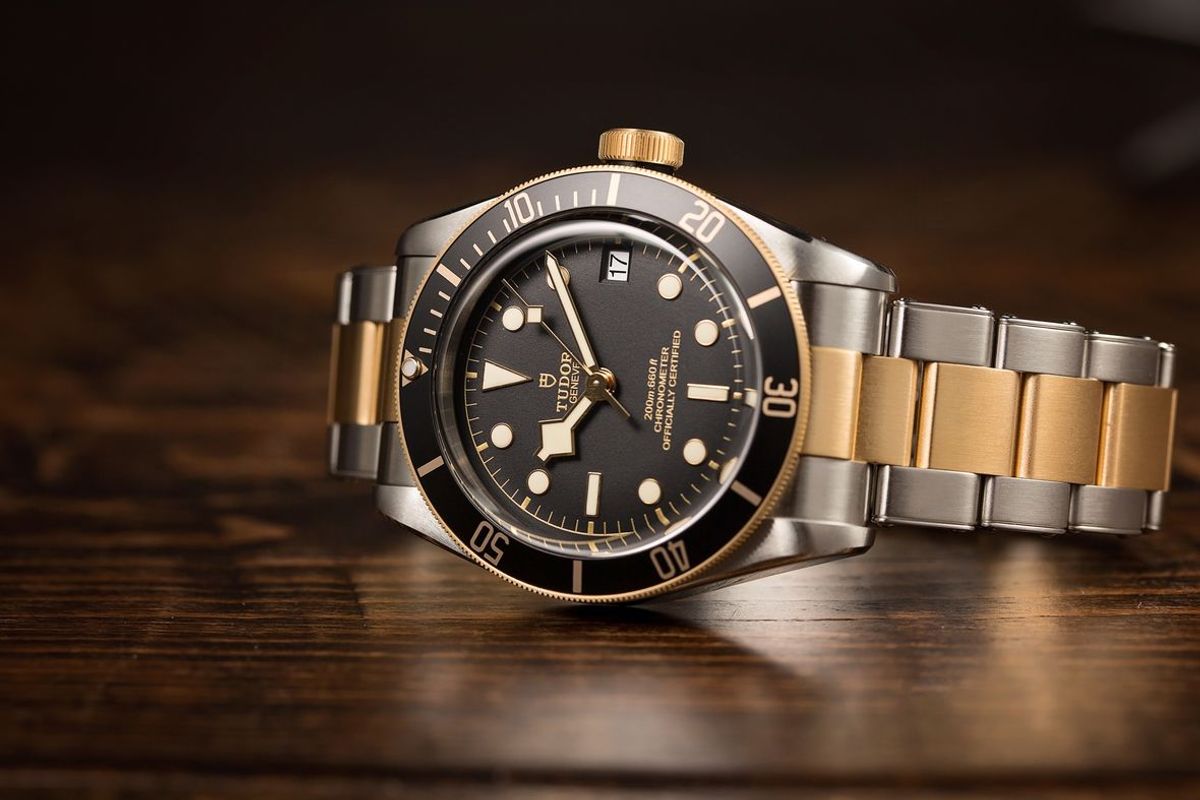 You could argue that David Beckham is just as famous for his soccer skills as he is for his fashion sense. A man who has always worn fashion-forward clothing and flashy watches, David Beckham has worn a number of different timepieces over the years, and we’ve had the pleasure of watching his taste in watches evolve. Today, we associate Beckham with Tudor (as he is a brand ambassador for the brand), and often the Tudor Black Bay collection (particularly the S&G model) that he can be spotted wearing. We love this choice for Beckham because it’s a handsome and luxurious pairing of stainless steel and yellow gold that still remains down to earth with vintage-inspired styling.

Previous Article Your Guide to the Most Popular Vintage Watches from the 1950s
Next Article Rectangular Rolex Watches: Everything You Need To Know