Jeff Goldblum knows a thing or two about the finer things, and he prefers to wear a Cartier…

Some things just get better with age, and nobody personifies this sentiment more than Jeff Goldblum. His style and persona have electrified Hollywood for years, and seeing as he is slated to appear in no less than five films this year, it looks like he has no intention of slowing down.

He has starred in some of the highest-grossing movies in the modern era, including the Jurassic Park  and Independence Day series. His talents aren’t just limited to box-office blockbusters, as he has also starred in some of the silver screen’s most celebrated films such as The Fly, The Life Aquatic, and the stop-motion animated Wes Anderson film Isle of Dogs. As if that wasn’t enough, when he’s not busy breaking box-office records he frequently drops by his favorite L.A. jazz club to shoot the breeze and jam with his friends. 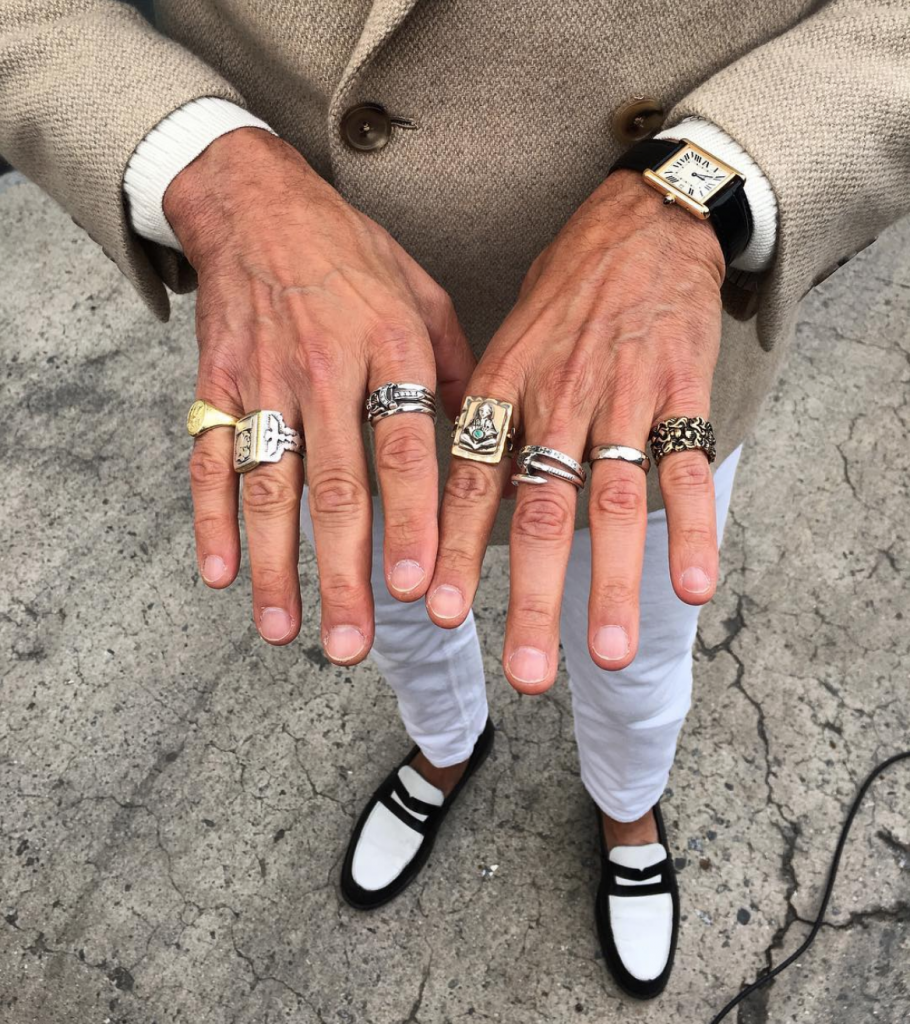 For a person of his status and celebrity, you would expect a taste in watches with an eye-watering price point. Surprisingly enough, Goldblum’s watch collection is incredibly modest. His watch of choice? The Cartier Tank Santos. 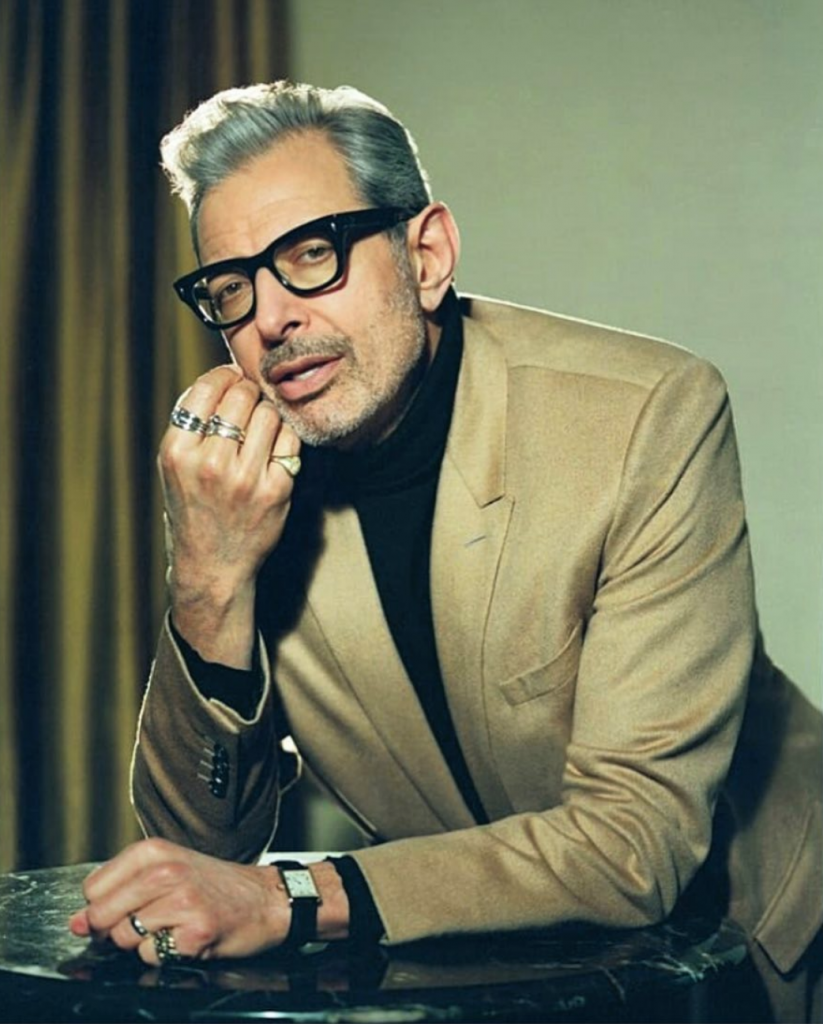 Why Jeff Goldblum isn’t a Cartier ambassador is anyones question

“I’m really not consumerist…I don’t need anything grand,” he says in his interview with Shortlist. While that may not mean much coming from a guy worth north of $40 million wearing a $10,000 outfit, the reality is most celebrities are sporting watches well in excess of $100k. 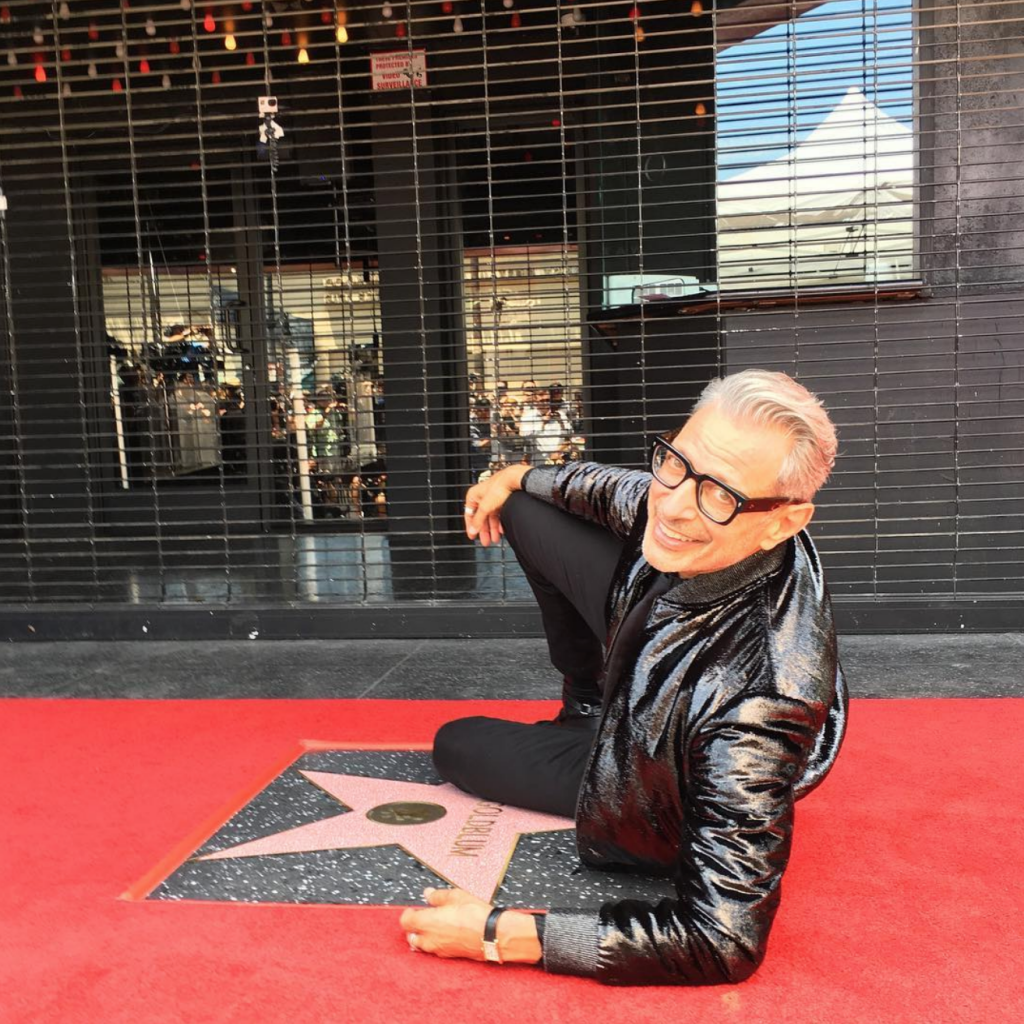 It’s hard not to like Goldblum. His charismatic energy and care-free persona spill over into his performances, where he is often instructed by directors to just be himself. Perhaps its fitting, then, that he isn’t wearing a gaudy timepiece, and instead lets his threads do the talking.

And while most people will likely never be able to afford the wardrobe he boasts, you can at least own the same watch as one of Hollywood’s most beloved actors.