Of the three versions of the GMT-Master II to break cover at Baselworld 2018, the one that has left us scratching our head a little is this two-tone so-called “Root Beer” GMT; the reference 126711 CHNR. Now, we’ve already covered our thoughts on the repurposing of the Root Beer nickname when looking at the solid Everose gold version of this watch, however, in two-tone guise, the color combo of its black and brown 24-hour scale bezel simply falls flat. Had Rolex stayed more true to its original design of the Root Beer GMT when it came to bezel color choice this would be a non-issue. 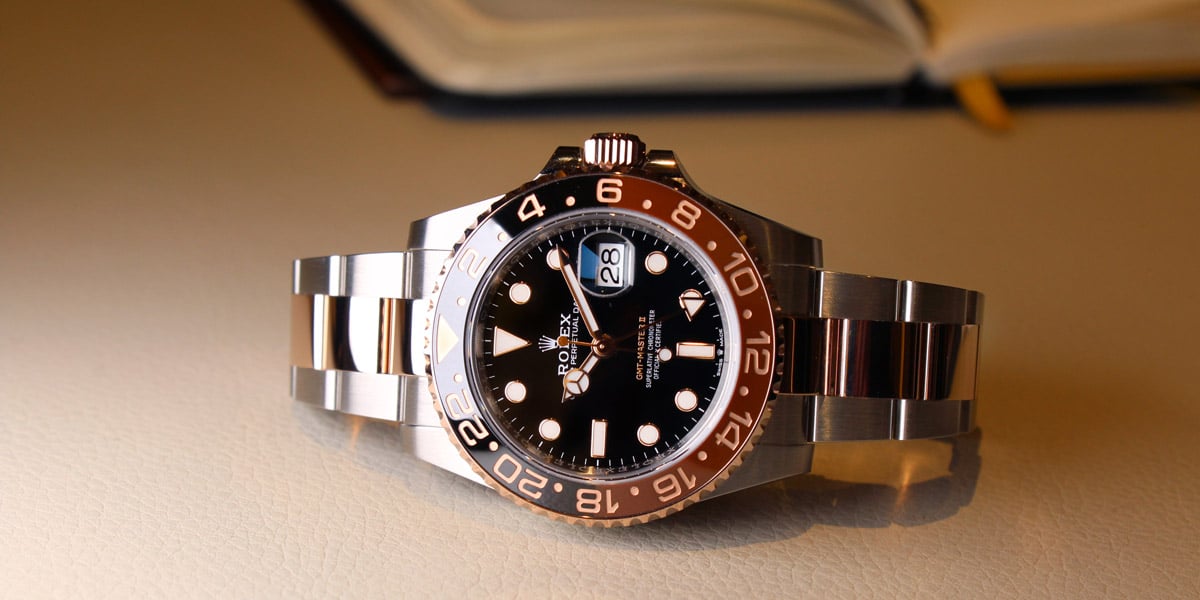 The Two-Tone GMT-Master by Rolex is a watch with all the traits of luxury and sport.

All told, the other details of the watch work quite well together—the steel and Everose Oyster bracelet, and the Everose hands devoid of any contrasting color—though the chocolate brown and black ceramic set against its rich black lacquer dial is a bit of a head-scratcher. Thankfully at a technical level this variant of the GMT-Master II delivers the same new caliber, remarkable +2/-2 sec/day precision, and 70-hour power reserve as its siblings. Priced at $14,050 this latest addition to the Rolex GMT collection is particularly niche, though to be fair so was the original “Root Beer” GMT in it’s day, so maybe they’re onto something after all. 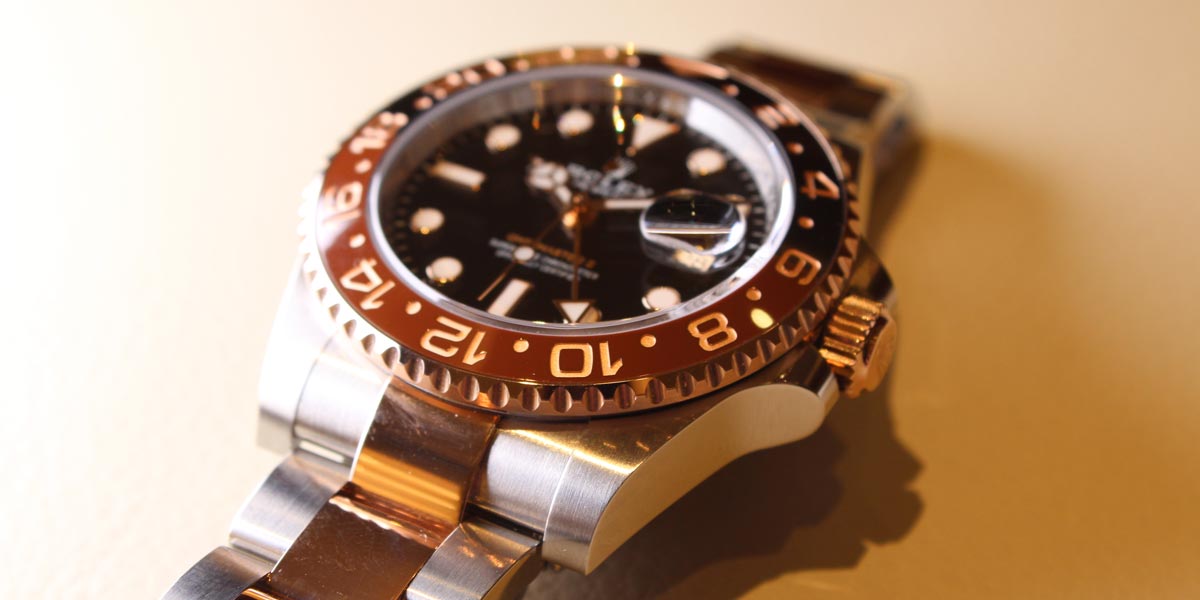 The Root Beer GMT-Master II is a watch that may have a very bright future.

Being a Two-Tone GMT

One of the more interesting selling features of the new two-tone GMT-Master II—officially referred to as Rolesor in Rolex’s website and other documentation—is the fact that it really has no true siblings when it comes to the selection of metals. There are other two-tone watches in both the GMT-Master II and Submariner model lines, however at this time these models are only crafted of Oystersteel and yellow gold. If you want a modern Rolex of Submariner-esque design (40mm case, Cerachrom bezel, and date cyclops) you were pretty much stuck with the the more conventional hue of gold until now. Alternatively if the metal selection was more of a consideration than the casing, dial, and complication, the option of Everose and Oystersteel Rolesor (isn’t that a mouthful) has been available in a few variations of the Yacht-Master, as well as a plethora of Datejust models, though many of which are in ladies’ sizes. Much like the solid Everose version of the new GMT-Master II, Rolex clearly spotted a niche within their extensive catalog that they’ve now filled with this latest release.

For those less familiar with the history lesson, the roots of the Root Beer GMT date back to roughly 1963, when the first two-tone Rolex watches with brown dials hit the market. Always a bit of a niche watch, where the Root Beer found minor fame in collecting circles was on the wrist of the one-and-only Clint Eastwood. At least three documented sightings of Eastwood wearing the watch have been recorded—in the movie Firefox in 1982, Tightrope in 1984, and most notably In The Line of Fire in 1993. Celebrity connection aside, the original 1675 reference Root Beer managed to stay in production a little more than a dozen years, ending in 1977. What sets the first variant apart from the siblings that followed is its unique cone-shaped indices, an obscure design detail that earned the piece a second nickname; the nipple dial. As the years went on the model evolved to the 16750, 16753, and 16713 whose production lasted through until roughly 2006. On the secondary market the Nipple Dial Root Beer models remain the most difficult to track down in solid shape (surprise surprise), however later variants as of the 16753 remain a relative bargain when compared to their older siblings. 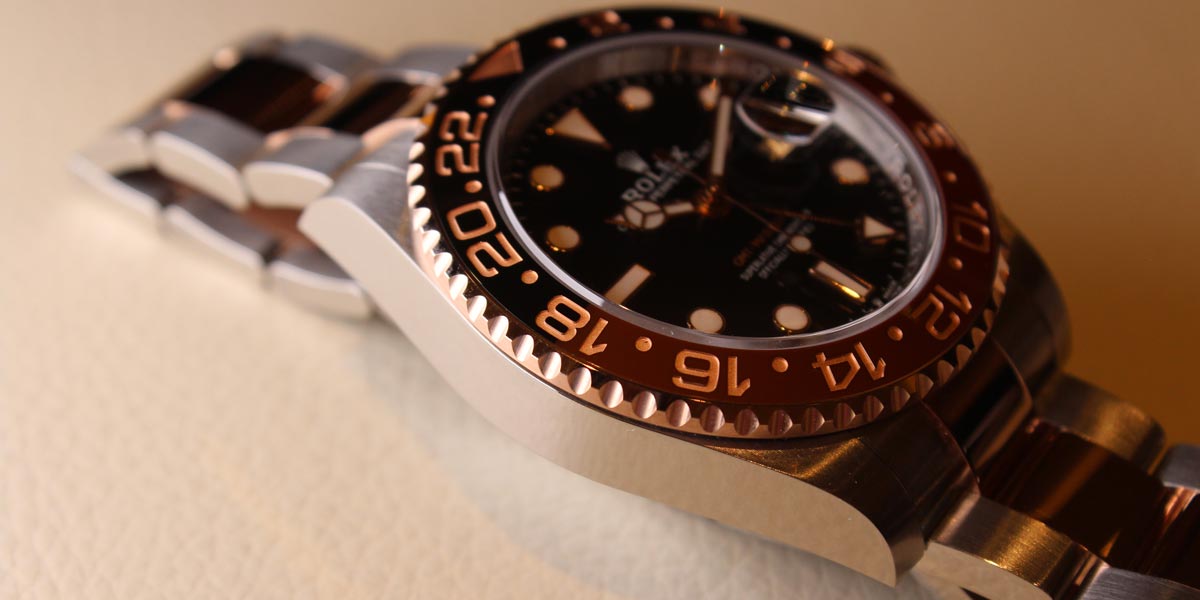 What are your thoughts on the Root Beer GMT-Master II? Comment below.

A Bright Future Ahead?

Getting back to Rolex’s latest-and-greatest, whether or not you choose to call it a Root Beer GMT or not is up to you (we won’t be… maybe Brownie?), but either way we really doubt that the brand will have a hard time moving this latest release. Among other reasons, it’s pretty safe to speculate that the all-new steel Pepsi-bezel GMT-Master II will be in short supply for a good while, maybe even to ceramic Daytona levels. With this in mind, a reasonable percentage of the people hitting up Rolex boutiques and retailers won’t have the patience to sit on a waitlist for months on end, being left with a fairly simple choice. They can turn to the much-loved BLNR Batman variant of the GMT so long as they’re ok with acqiring a watch that has been in the market for a solid 5 years now. Alternatively, if they’ve got “new and now” Rolex on the brain this Rolesor GMT is basically the next best thing. It’s still a fairly handsome watch depending on how much you like the color brown, and it will certainly stand out from the sea of other more mainstream Rolex options that are currently in the market.