If we take a broad view of the luxury watch landscape, it’s quickly apparent that many brands have contemporary versions of designs that were born more than a half-century ago. This not only speaks to the timeless appeal of certain timepieces, but also to the enduring tendency towards vintage-inspired timepieces among some watch enthusiasts. Join us as we examine some modern versions of famous vintage luxury watches. 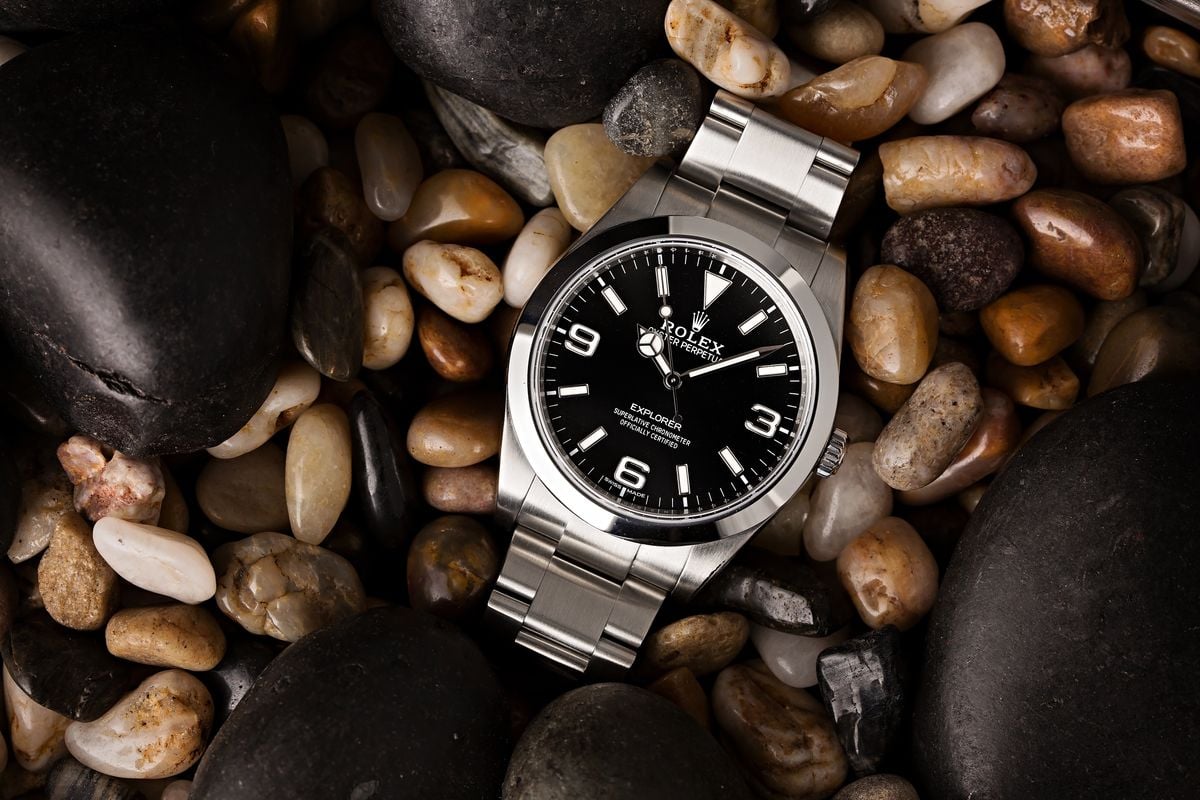 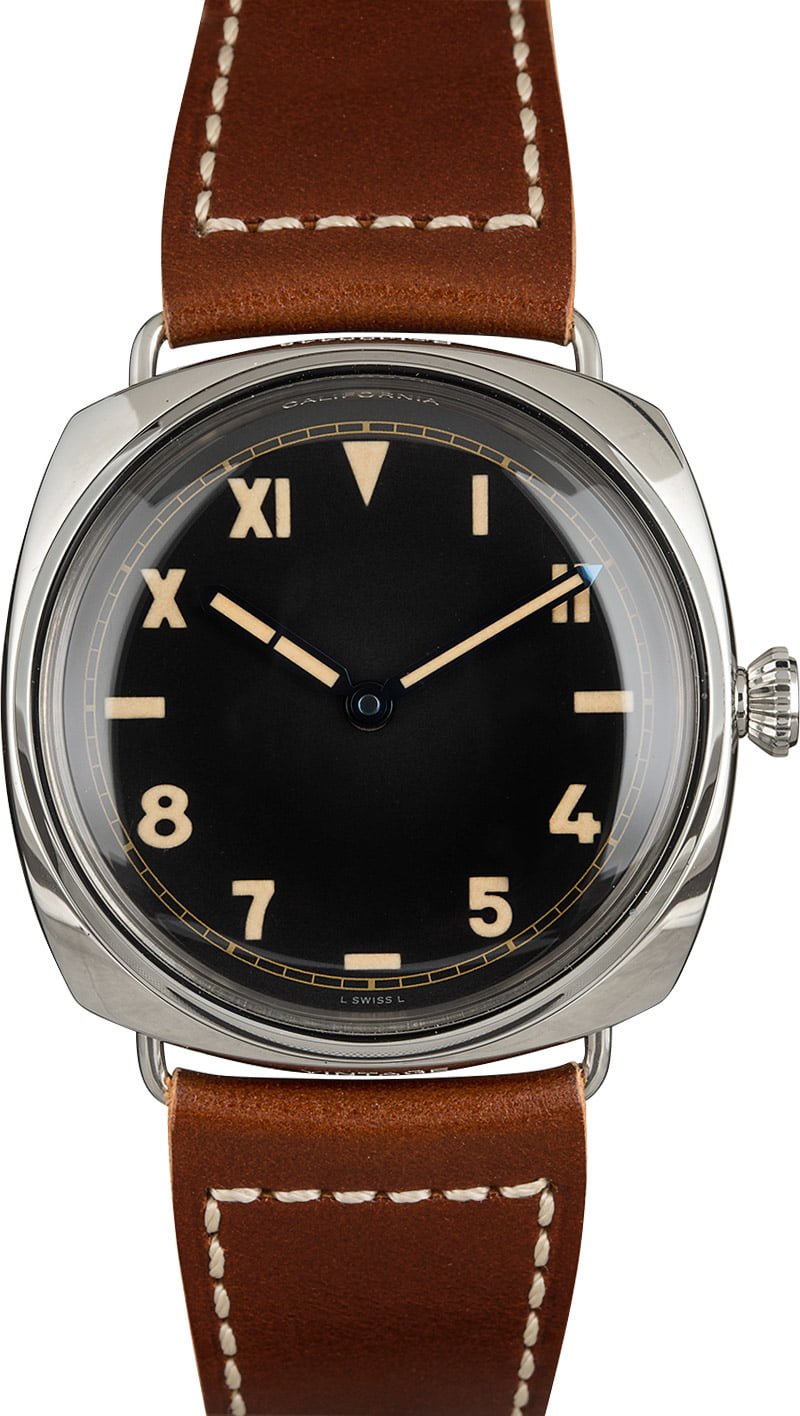 With cushion-shaped cases, wire lugs, and flared winding crowns without guards, modern-day Radiomir models are principally inspired by the very first Panerai watches from the 1930s made specifically for the Royal Italian Navy. While Radiomir watches differ in varying degrees as far how much they echo vintage Panerai models, the Radiomir PAM 448 is an authentic iteration, complete with a 47mm steel case, manual-winding movement, a so-called ‘California’ dial, and Plexiglass crystal above the dial.

However, the back of the watch does include sapphire crystal for a view of the in-house caliber powering the watch. Panerai released the Radiomir PAM 448 in 2012 in a limited edition run of only 750 pieces. 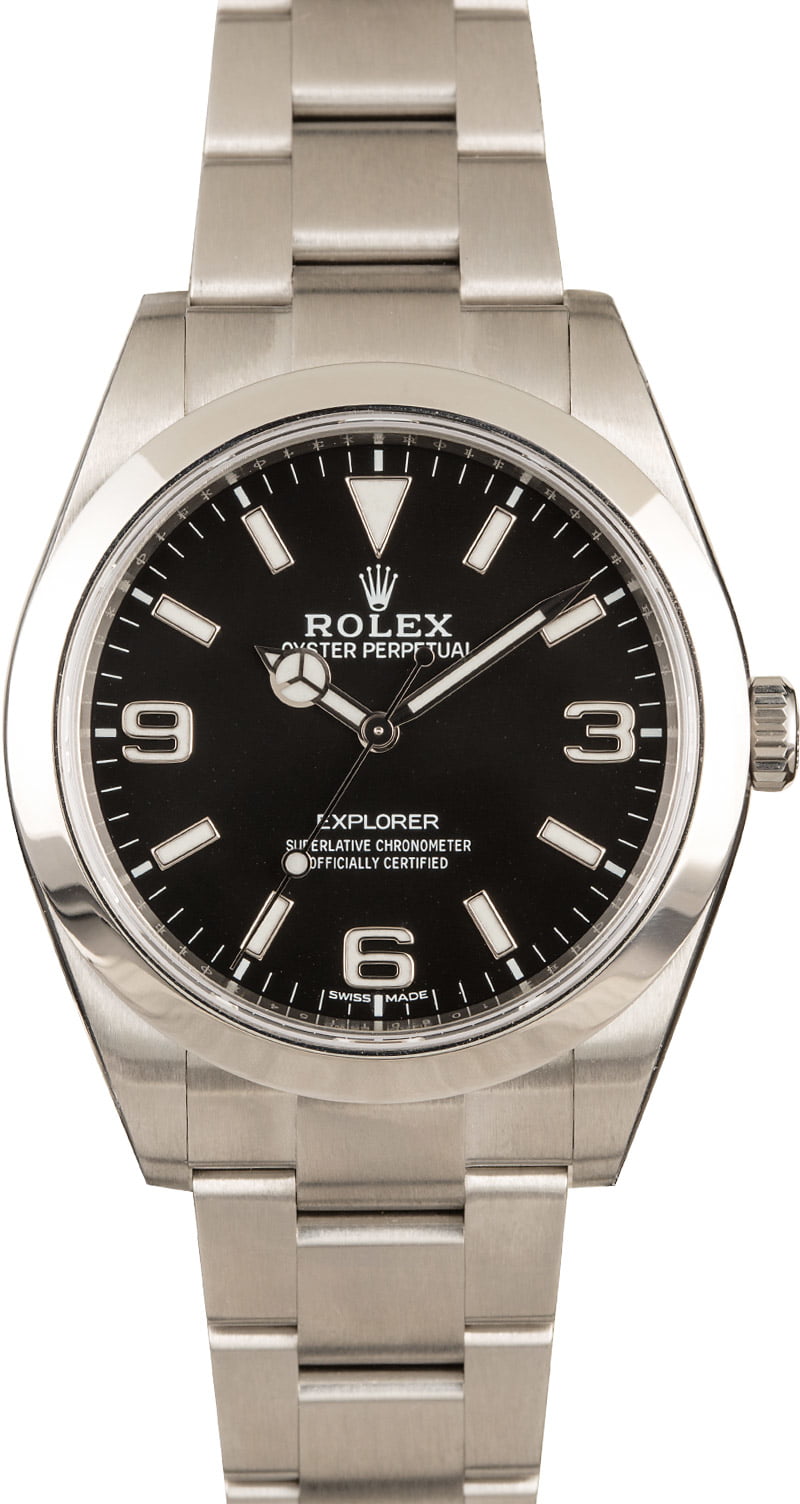 One of the oldest Rolex models still in production today, the Explorer made its debut in 1953 as a tribute to Sir Edmund Hillary and Tenzing Norgay reaching the summit of Mount Everest. The Explorer’s overall design, characterized by a steel Oyster case, steel Oyster bracelet, and a time-only black dial with Arabic numerals at 3, 6, and 9, has remained largely unchanged over the past six-plus decades. However, the most recent model, the Explorer ref. 214270, did deviate the most dramatically from the lineage by sporting a larger 39mm case compared to its 36mm predecessors.

It’s also worth mentioning that there are two distinct versions of the Explorer ref. 214270, often referred to as Mark I and Mark II. The Mark I editions (released in 2010) feature dials with shorter hands and the trio of Arabic numerals without lume while the Mark II versions (introduced in 2016) have a longer handset and lume-filled 3,6, and 9 markers. 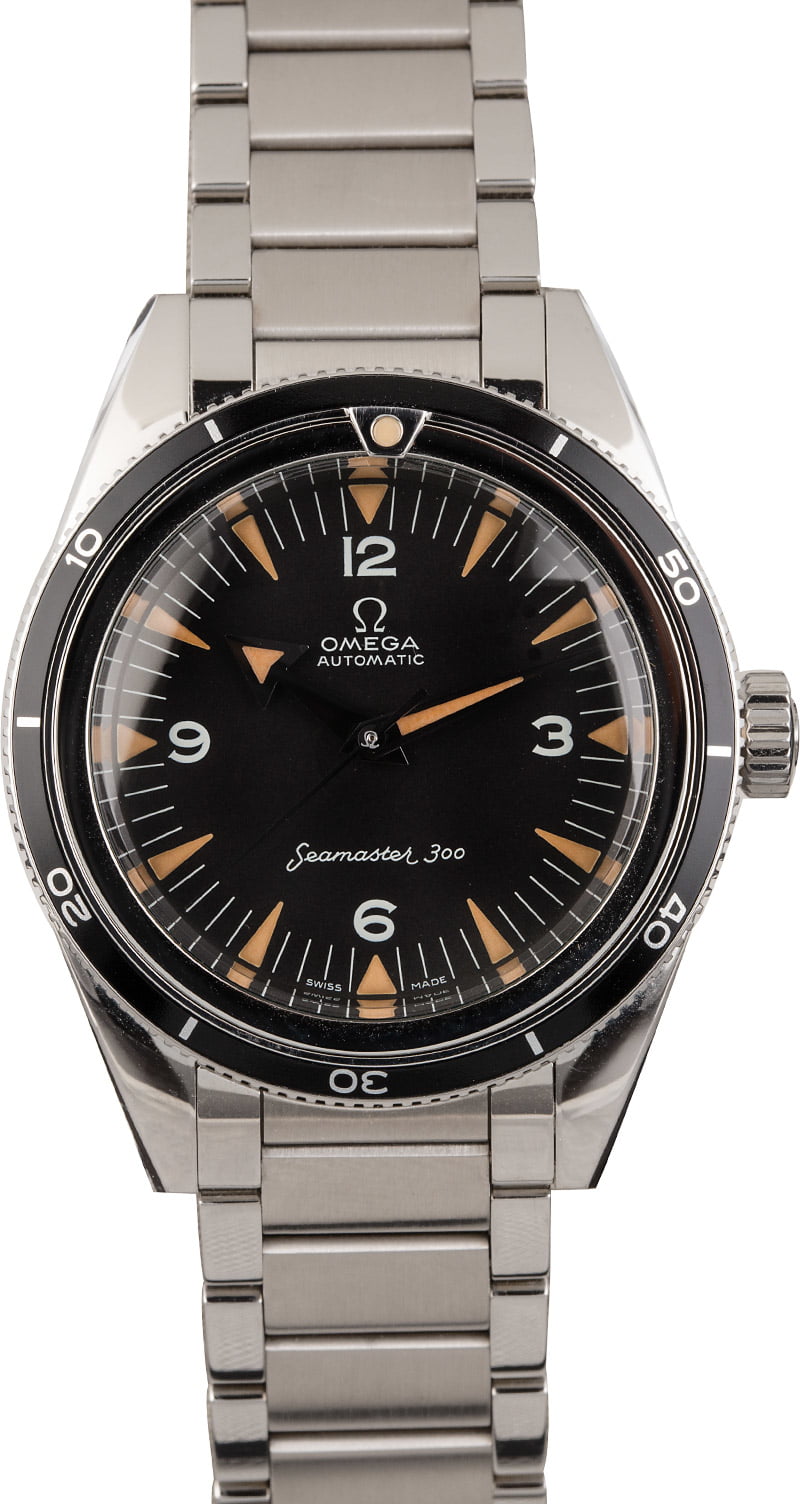 There are modern versions of famous vintage luxury watches and then there are faithful re-issues of specific models. The Seamaster 300 “1957 Trilogy” released on the 60th anniversary of Omega’s first purpose-built diving watch is part of that latter camp. Based almost entirely on the design of the CK2913 from 1957, the tribute Omega Seamaster 300 features a 39mm steel case, a matching steel bracelet, a Naïad sign on the crown, a black bezel with a reverse minute countdown, and a black dial furnished with caramel-colored lume to mimic the patina frequently seen on vintage luxury watches.

However, as a modern watch, Omega did furnish the 60th Anniversary Seamaster 300 with contemporary upgrades such as sapphire crystal, Super-LumiNova, and a new-generation movement. This guarantees that while it may look just like a vintage watch, it sacrifices none of the everyday practicality of a modern timepiece. 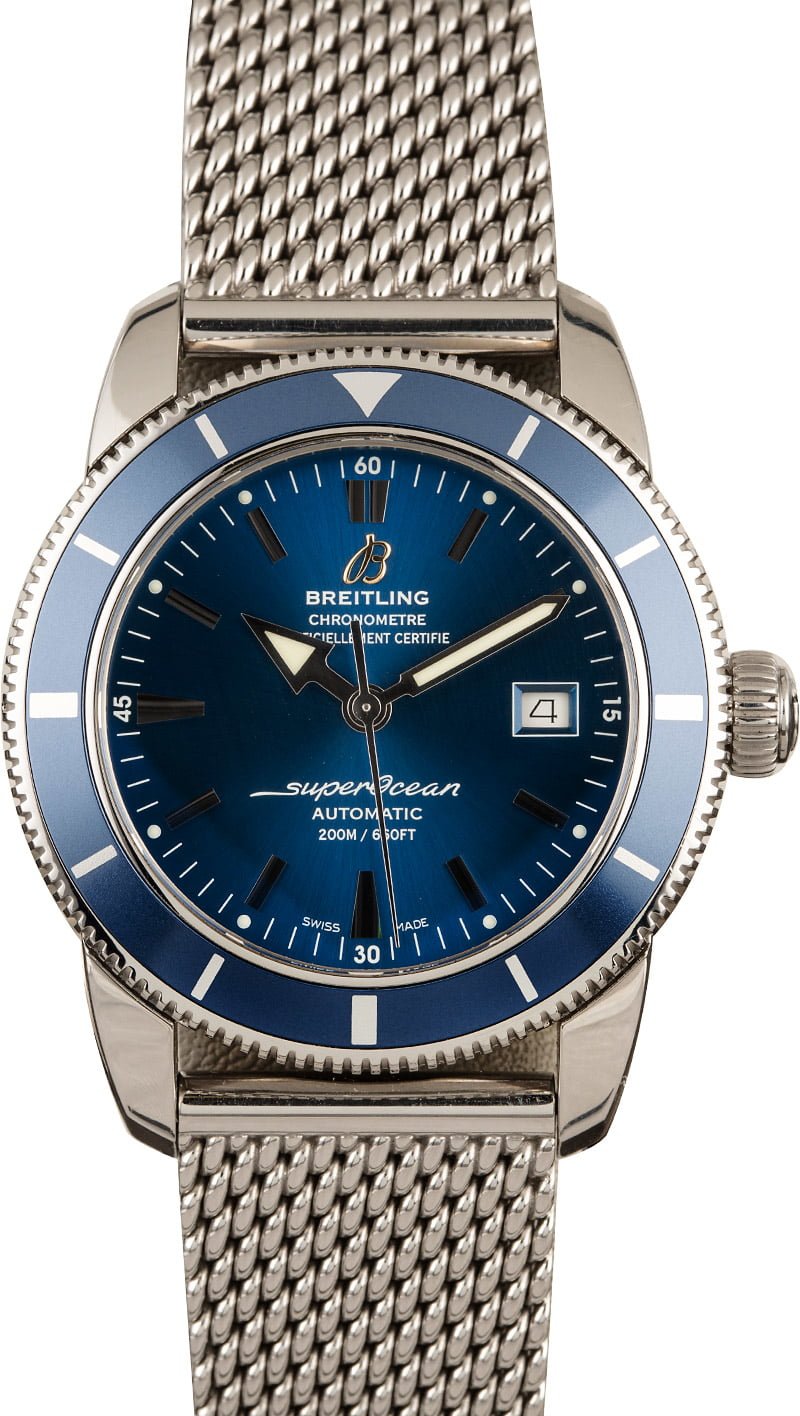 The Breitling Superocean Heritage 42 carries on a similar dial design, bezel style, and case silhouette as the vintage versions but updated to suit today’s tastes and enhanced with modern materials. Along with classic black, Breitling also makes the Superocean Heritage watches in different colorways, such as this vibrant blue version.

The appeal of wearing modern versions of vintage luxury watches is that they offer the best of both worlds by pairing classic looks with current materials and recent tech. What’s your favorite vintage-inspired watch? Share your thoughts with us in the comment below.

Previous Article Rolex Datejust 41 vs. Datejust II – What’s the Difference?
Next Article How the Rolex Submariner Price Can Range From $7k to $50k