What is it about Cartier Watches?

Is it the almost subliminal “Cartier” buried in the vee of the Roman numeral VII on some models? The classic tanks from times gone by? Is it the French connection? The jewelry connection? The sapphire or spinel cabochon in the crown hints at that.

Just what is it about those Cartier watches? 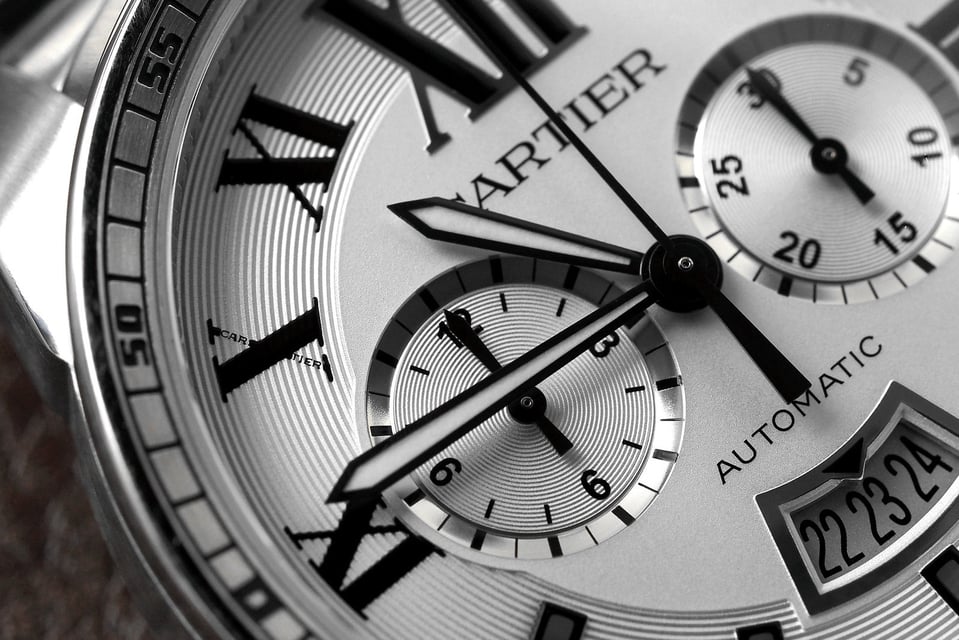 Do you see the word “CARTIER” on the X? (credit: Professional Watches)

We don’t know, and frankly, we’re not sure we should be asking. After all, we don’t want to jinx them. Ah, but that’s not going to happen, is it? With their new “Drive” series released last year and added to this year’s SIHH, the brand is as lively as ever.

Which brings us to the Calibre de Cartier Chronograph.

The one we want to discuss today is the two-tone pink gold (18K of course) and steel version on a bracelet. If sporty is another name for lively, the Calibre de Cartier Chrono is certainly lively. 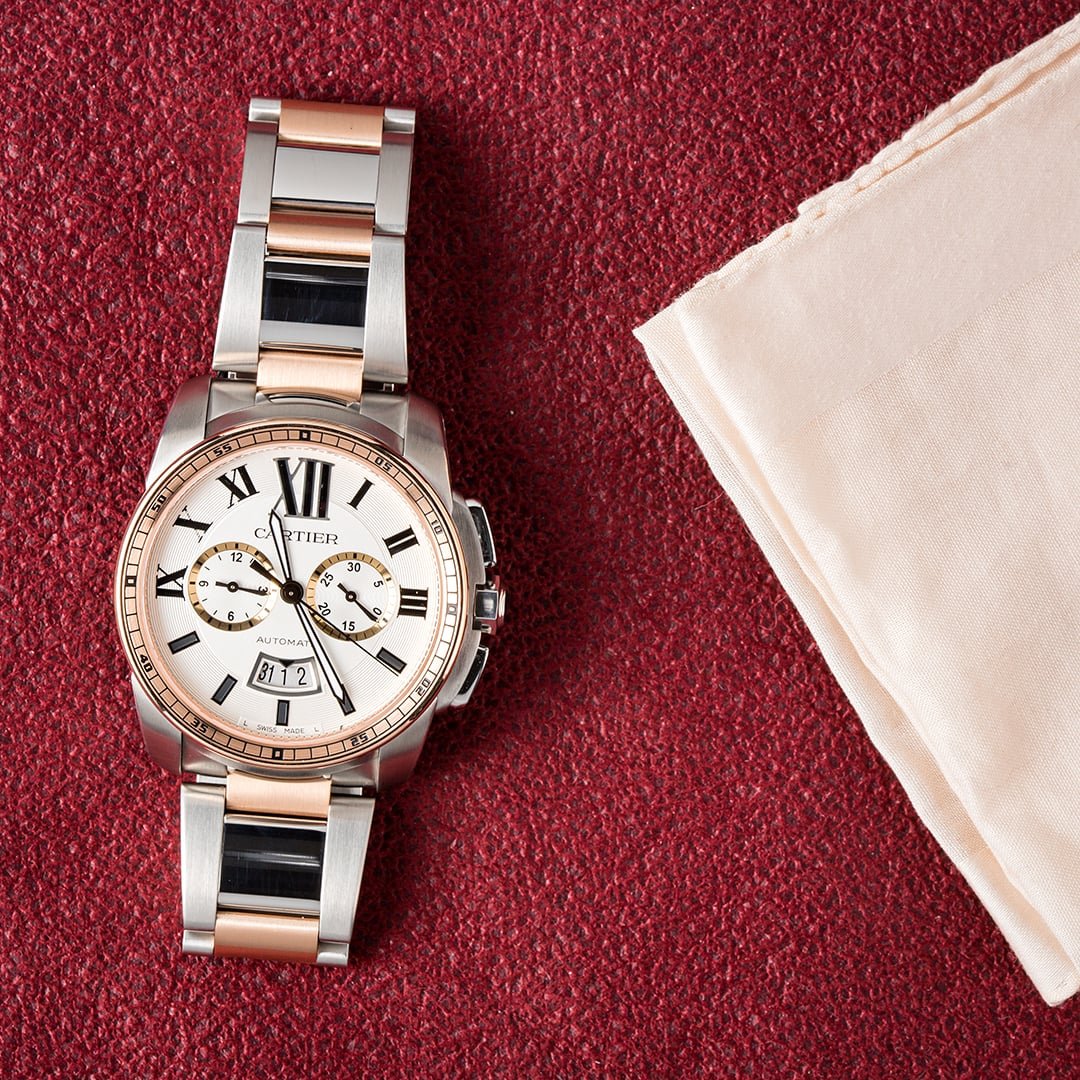 This time piece is highly symetrical with its subdials on each side and a date range of 3-days. (yesterday, today, tomorrow)

We’re talking a manufacture automatic, 35 jewel calibre 1904-CH MC – Cartier’s first automatic chronograph movement, with twin sub-dials at three and nine o’clock and a date window at six. This is one of the more balanced chronographs you’re going to find. Chronos are not known for their symmetry and aficionados pretty much forego that luxury to pursue their hearts’ desires.

But the Calibre de Cartier Chronograph changes that game. Its relatively flat push pieces keep the profile low and the six-sided crown doesn’t draw attention to itself.

Thus, you get a really sporty Cartier that looks great with jeans on the weekend, or sleekly hidden beneath a French cuff at the opera.

Speaking of sleekly hidden, remember the almost subliminal “Cartier” I mentioned above? The one that’s usually hidden in the VII on the dials of most Cartier watches? Well, here it’s hidden in the X at ten o’clock. Frankly, it’s little design details like this that make Cartier a design house to be reckoned with. No wonder they’re doing so well with watches these days. It comes from a heritage of over 150 years of jewelry design. 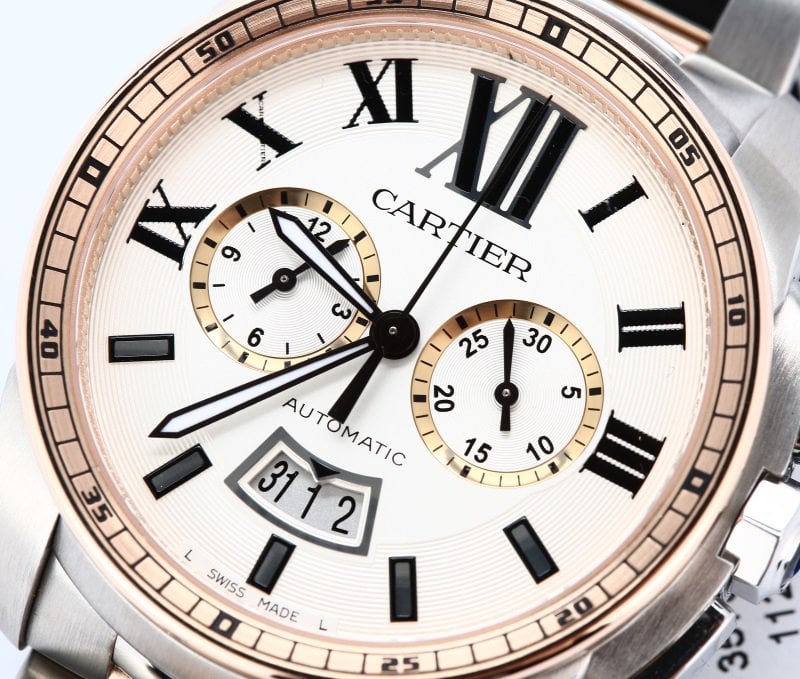 With a heritage of design, it is no wonder they pay attention to details.

Not that watches are anything new from Cartier. No indeed! They were among the first to popularize the wristwatch as a purpose-built thing 110 years ago. And by purpose-built, we mean an actual watch designed from the get-go to be worn on the wrist. Most other early wristwatches were simply pocket watches with wire lugs soldered in place.

So there you have it – a bit of history about Cartier watches to go with a rundown of a soon-to-be classic sports chronograph. Will you be wearing it to your Tuesday night poker game at Fred’s? Or will you have it tucked beneath the cuff of your evening shirt as you take in a little Puccini at Orchestra Hall?