A Watch with a Mechanical Speedometer: the Breva Génie 03

Recently I had a very interesting meeting with a professor at Flinders University in Adelaide. As well as being a respected academic, Professor Sandy Walker is also an acclaimed industrial designer. In fact, he is globally recognized as a pioneer in his field, and has even won a prestigious ‘Red Dot’ award in 2016.

Very kindly, Sandy gave me a guided tour around the campus, which itself is situated on the award-winning Tonsley (previously Mitsubishi’s South Australian manufacturing plant) site. This educational establishment offers students the latest technology and encourages them to innovate. For that reason, a watch as groundbreaking as the Génie 03 from Breva Genève – a luxury watch with a built-in mechanical speedometer – would really resonate with them. 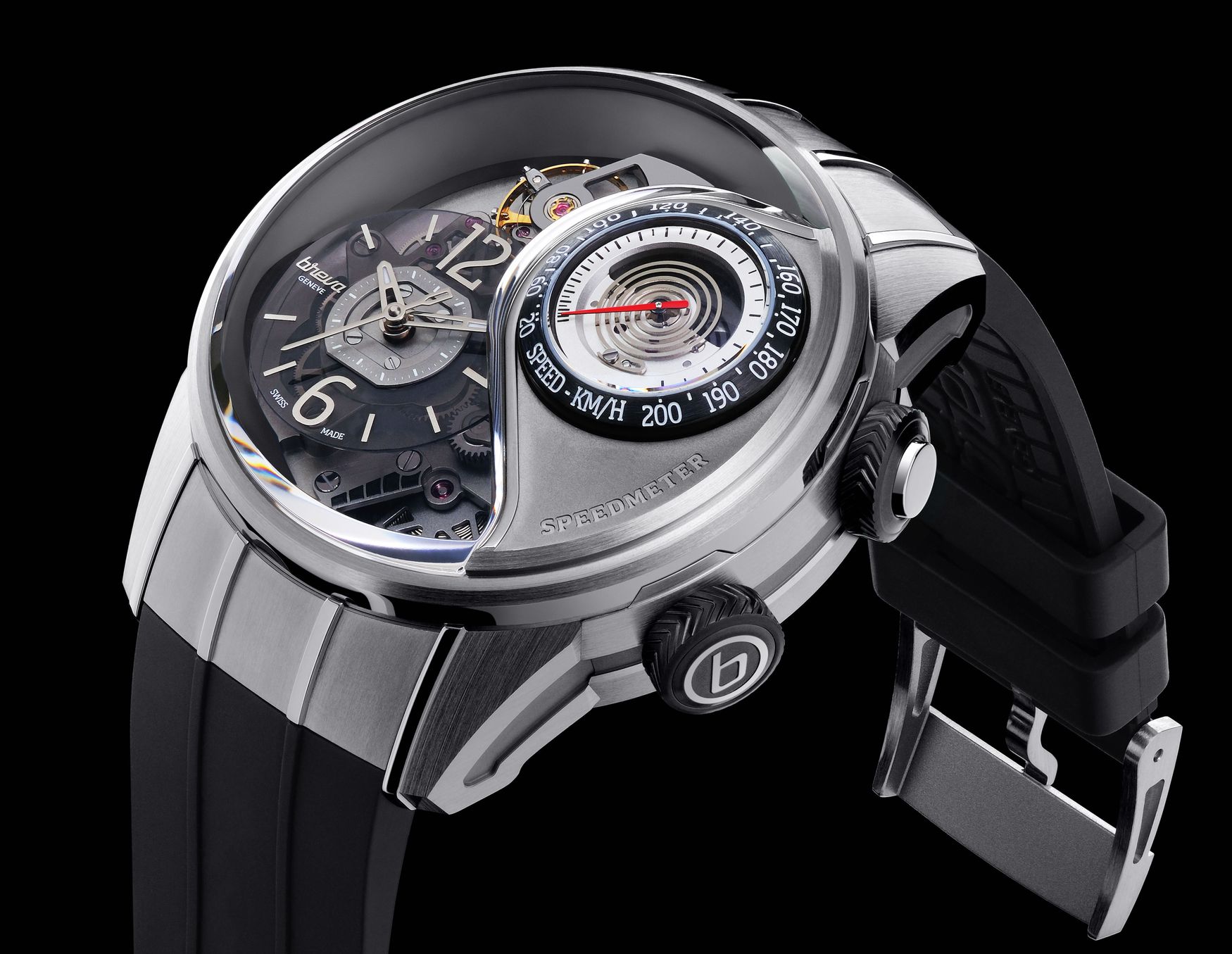 Breva Genève was established by entrepreneur, Vincent Dupontreué in 2010 as a creative watch platform. Ultimately, Vincent’s prime objective was to push the boundaries of ‘Haute Horlogerie’. Amazingly, it took the brand three years of fastidious research and development before they launched their first watch at Baselworld 2013. This incredible timepiece is called the Génie 01, and it is the first watch ever to feature a mechanical barometer. Two years later in 2016, Breva unveiled Génie 03: the world’s first timepiece to feature a mechanical speedometer.

Even though Breva Genève has only actually produced three models (in their five years’ history), they did gain global recognition for their fine contribution to the world of horology. In my opinion, the Génie 03 is an extraordinary feat of engineering. 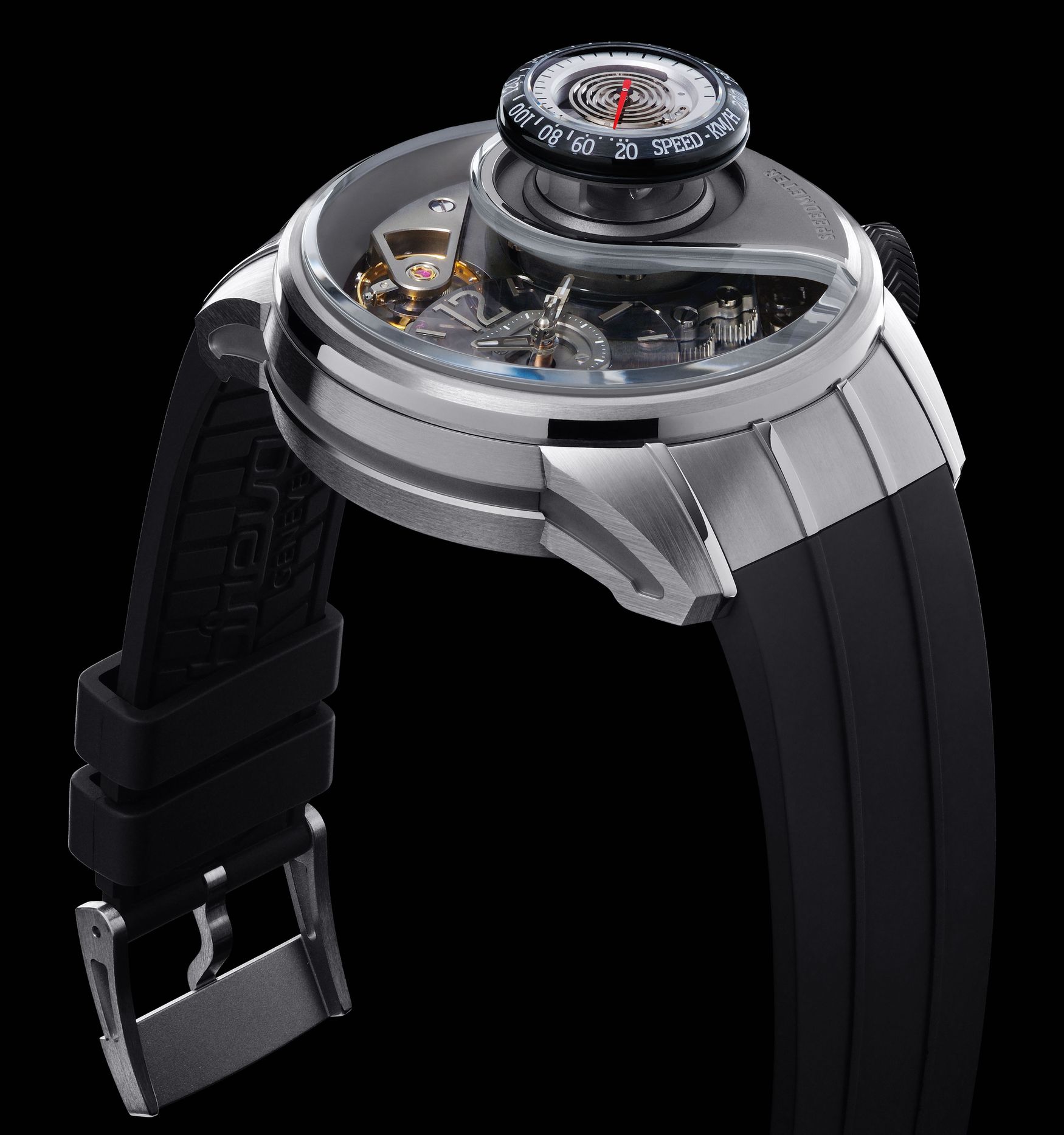 The fully mechanical speedometer module on the Breva Génie 03 pops out of the face of the watch when in use (Image: Breva Genève).

The timepiece itself isn’t particularly large, and measures only 44.70mmx  17.50 mm. However, because of the three-dimensional, retractable speedometer (positioned on the watch face), the Génie 03 has a formidable presence on the wrist. Other features include a multi-layered part skeletonized façade, with a transparent smoked sapphire crystal sub-dial and open worked hour/minute hands. Overall, the composition is cohesive and the level of craftsmanship is exceptional.

Beneath the sculpted lightweight Grade-5 titanium case is a refined in-house manufactured automatic movement that features an additional speedometer module. The Caliber BRE03.001 comprises 230 individual components and oscillates at a frequency of 28,800 vibrations per hour.

This entire mechanical splendor (including an engraved rotor) is visibly showcased via a bespoke sapphire window on the case back. Functionally, the Génie 03 features hours, minutes, seconds, and retractable speedometer facility (20 to 200 km/hour or 10 to 125 mph). The timepiece also has a power reserve of 60-hours and is water-resistant to a depth of 30 meters. 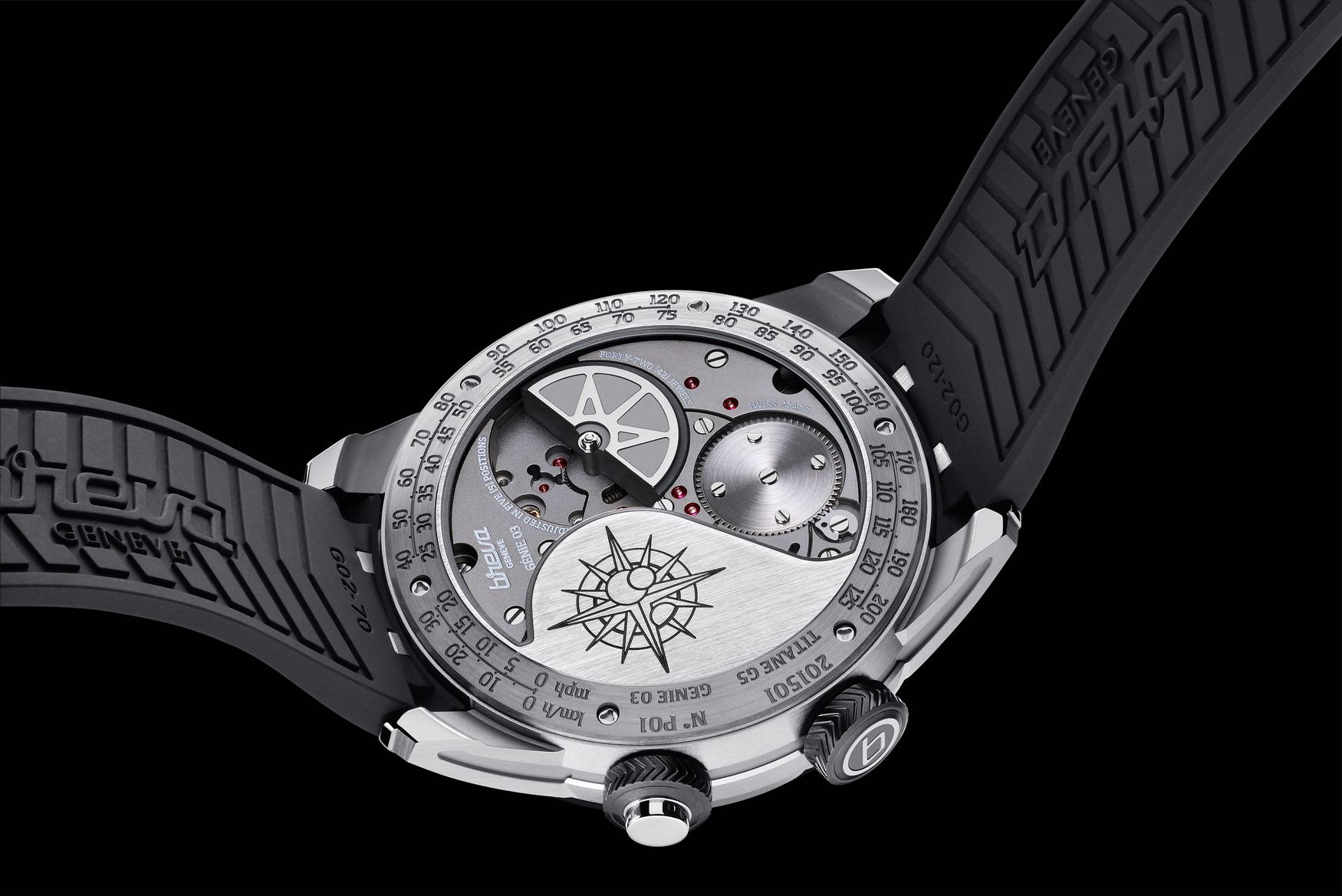 The caliber BRE03.001 movement inside the Breva Genève Génie 03 features a micro-rotor and a mechanical speedometer module (Image: Breva Genève).

While a fully-mechanical speedometer is a highly unusual complication (most brands simply opt for a chronograph and a tachymeter bezel), the simple fact Breva Genève was able to implement one into a wristwatch is a noteworthy accomplishment. The real-world practicality of a wrist-mounted, mechanical speedometer is somewhat questionable; electronic devices will always be functionally superior. However, the addition of such a technology on the Breva Génie 03 is intended to be a showcase of what is possible in traditional watchmaking, rather than a practical feature intended for everyday use. 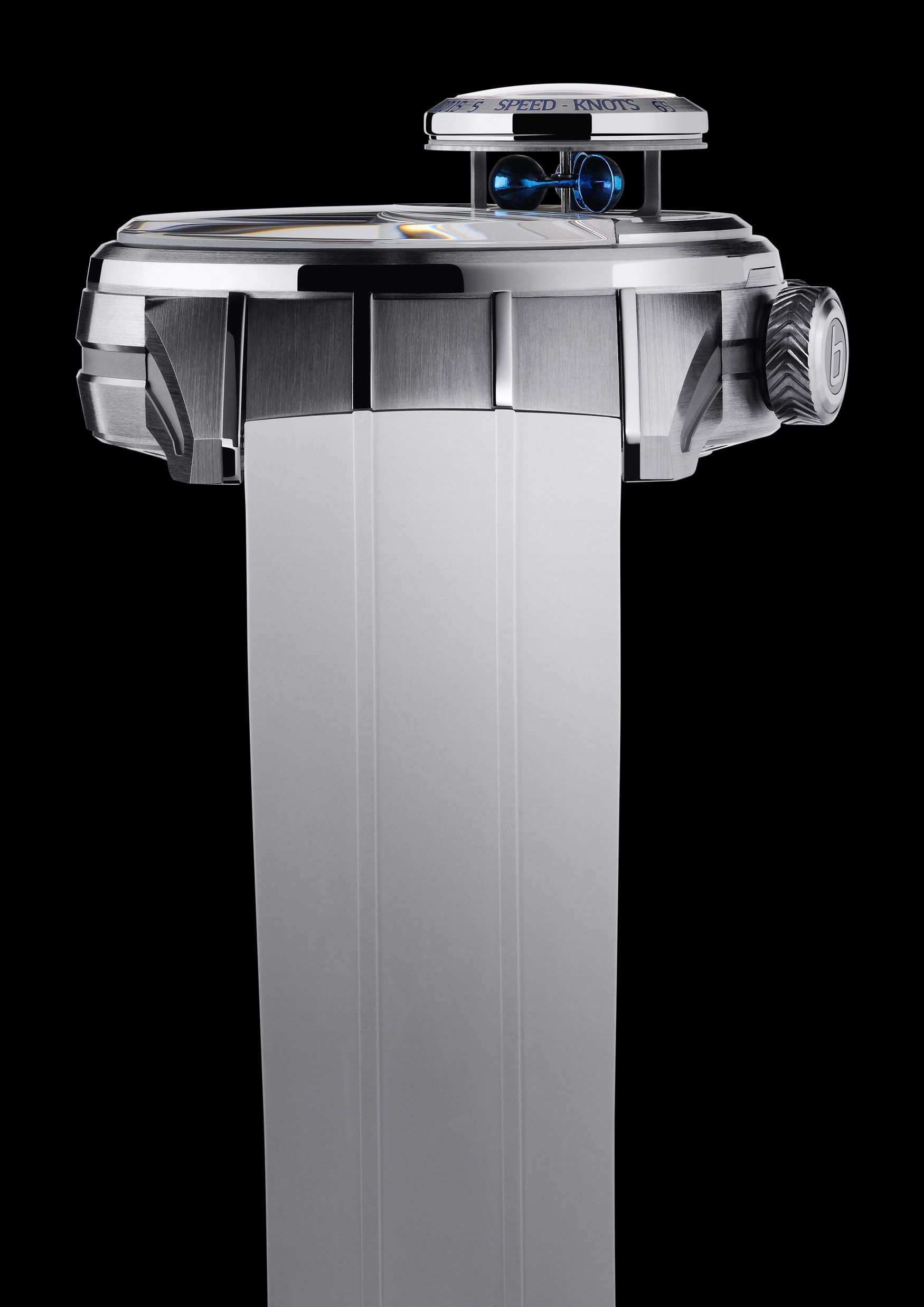 In use, the moving air rotates the little blue cups on the Génie 03’s retractable speedometer, which in-turn, allows the watch to measure speed (Image: Breva Genève).

3 Responses to “A Watch with a Mechanical Speedometer: the Breva Génie 03”