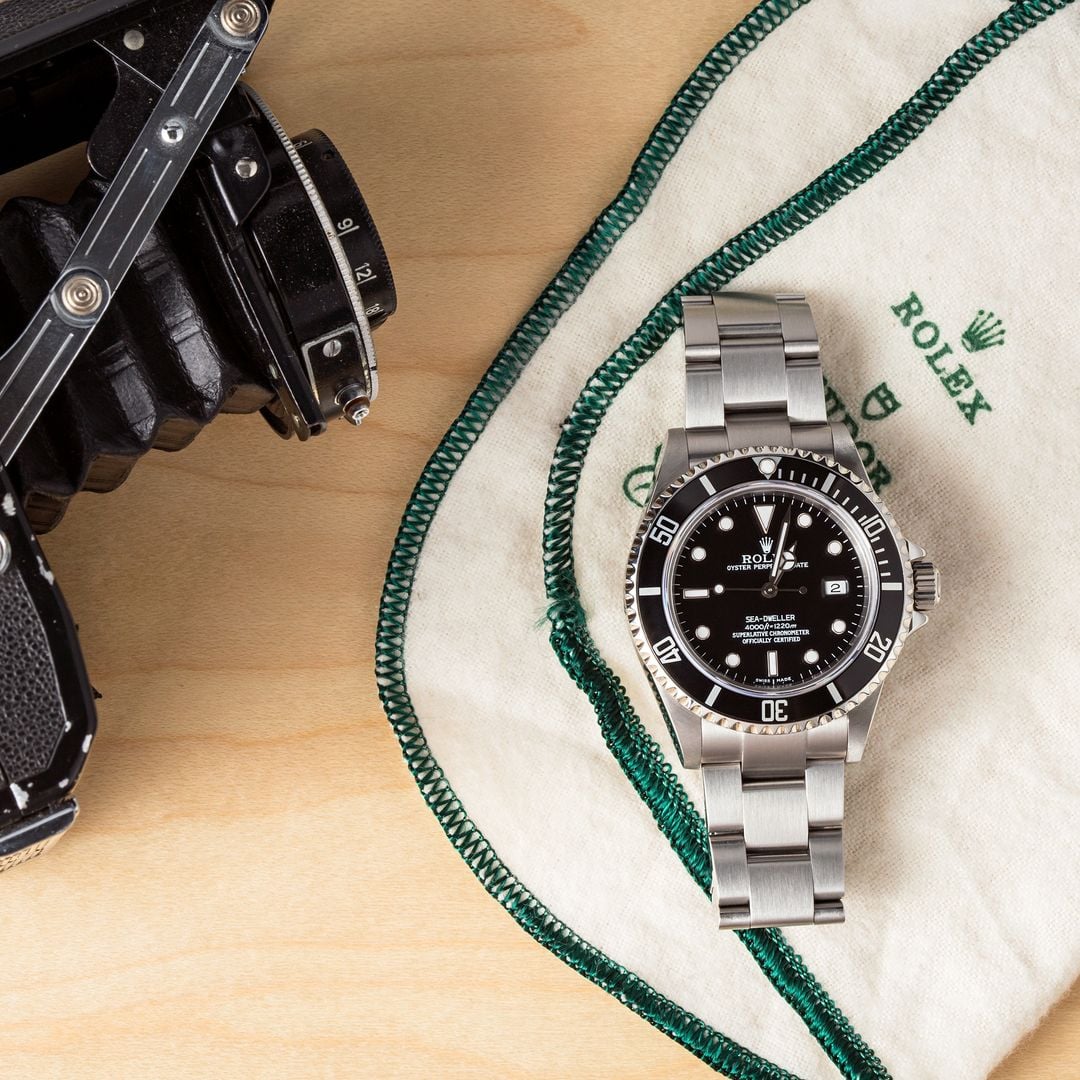 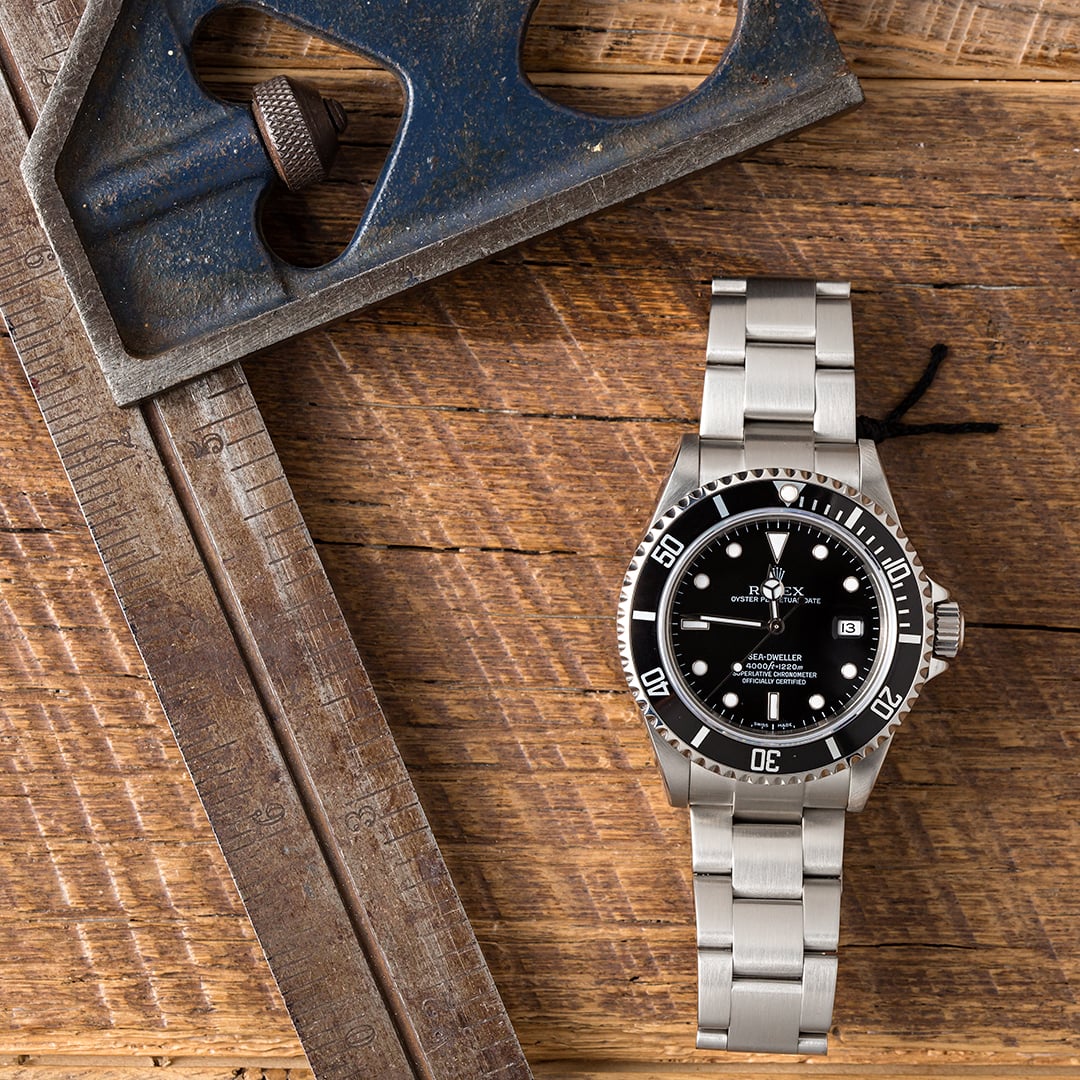 The Sea-Dweller ref. 16600 had a long production run, from 1988 until 2008, and during that time, the luminescence material on the dial changed. Up until about 1998, the Sea-Dweller dials included tritium for lume, which was eventually replaced by SuperLumiNova. The presence of tritium is signified by the “SWISS-T < 25” label below the 6 o’clock marker. Naturally, when Rolex used SuperLumiNova instead, the label changed to just say “SWISS” and then a while later “SWISS MADE.”

Since the design differences from its predecessor were so minimal, it can be assumed that the main reason Rolex changed the reference number from 16660 to 16600 was due to its new caliber. The Sea-Dweller ref. 16600 ran on Caliber 3135 rather than the Caliber 3035 of the previous ref. 16660. 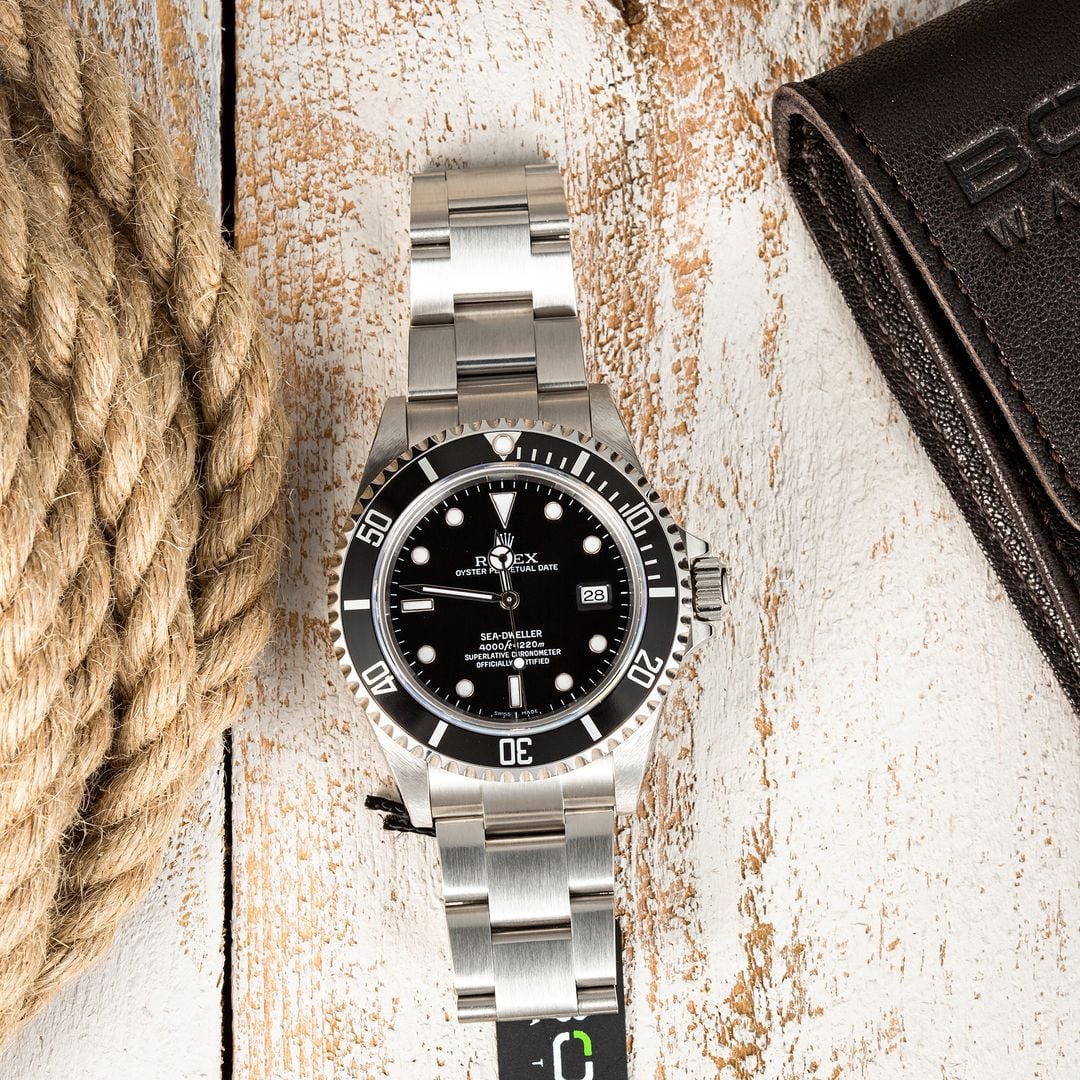 The design differences from its predecessor were so minimal we can assume one thing.

The Rolex Caliber 3135 automatic mechanical chronometer movement has 31 jewels, a frequency of 28,000 beats per hour, and a power reserve of 48 hours. The ultimate Rolex workhorse, the Caliber 3135 is still used in today’s Rolex’s watches—almost 30 years after its 1988 debut.

Do you own a Rolex Sea-Dweller? If so, which reference is it? We’d love to hear from you in our comment section below!