The latest Richard Mille lightweights are coming in some pretty oddball colors this fall.

To be fair, we can’t be surprised by outlandish color from Richard Mille any more. Between the green Yohan Blake models, the almost Ronald MacDonald looking RM 27-03 for Rafael Nadal, and the countless other bold creations of years past, Richard Mille is no stranger to the premise of “go big or go home” as much from a design perspective as from a technical one. With this latest release—the RM 67-02 Editions—the brand has created a trio of limited edition models that will grace the wrists of world-class athletes. Polarizing as the brand can be, this is once again an impressive feat from RM, as these watches will see rigorous duty on the tennis court, the ski slopes, and behind the wheel of one of the fastest World Rally Championship race cars currently competing. 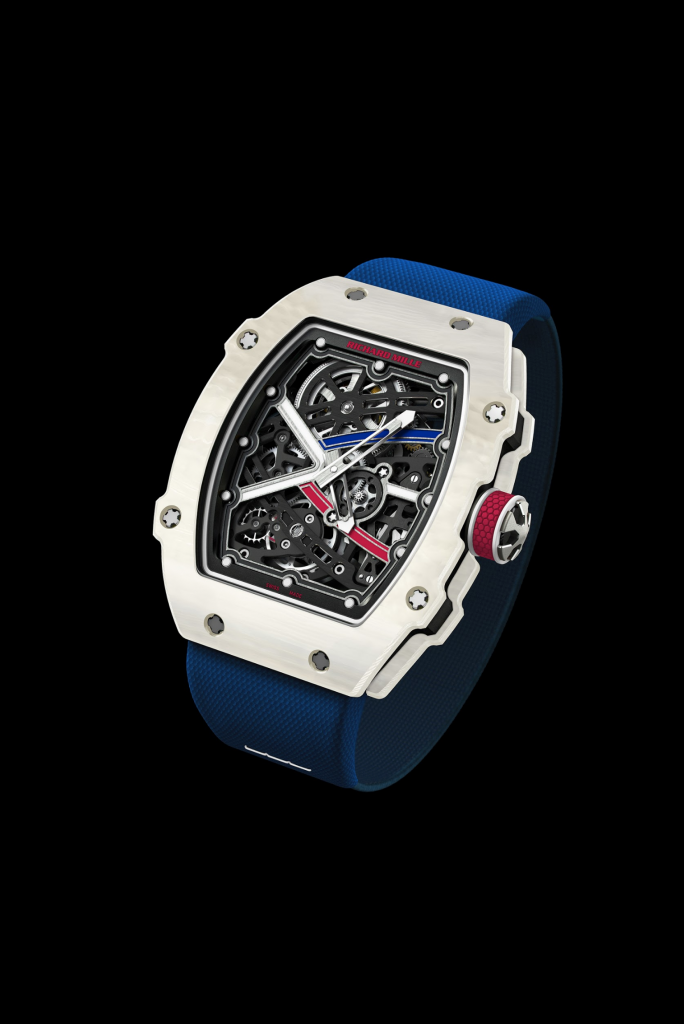 First things first, The RM 67-02 is a truly impressive creation regardless of color palette. The simple time-only caliber uses grade 5 titanium for its skeletonized bridges and mainplate, with an exceptional level of finishing throughout. A variety of DLC finishes are used to provide the desired contrast between components and clear Incabloc shock absorbers are used to provide significant protection from the caliber. Using lightweight fabric straps, the entire watch weights—wait for it—only 32 grams. Having tested/tried on the first examples of the 67-02 that launched last year, this level of lightness is tough to wrap your brain around until you experience it first-hand. As an interesting comparison, there are more grams of sugar in a 12oz. can of Coca-Cola (39, to be precise), than there are grams of titanium and composite in this watch. 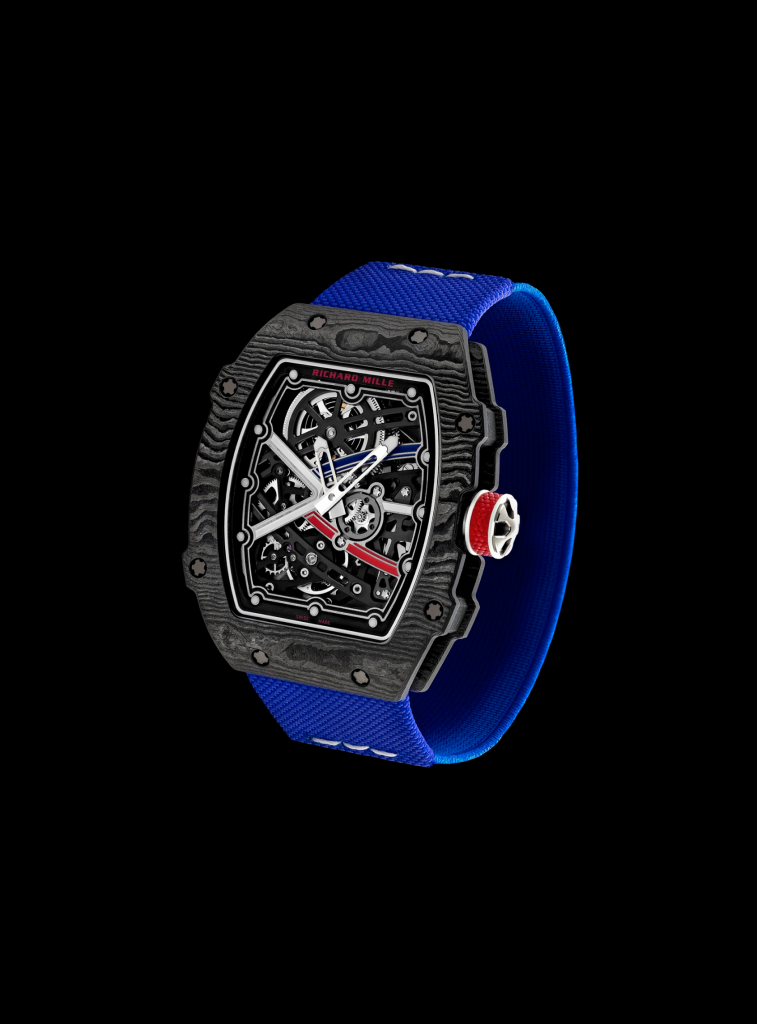 With pricing starting at $120,500, these three new models are expected in Richard Mille boutiques and authorized dealers sometime in September. These will not be limited editions, but rather serial production models, though knowing Richard Mille these new releases will no doubt be in high demand and short supply. The first example for German tennis player Alexander Zverev features a mixture of Carbon TPT and red Quartz TPT in its sandwich-style case construction. The model for World Rally Champion Sebastien Ogier uses a case entirely constructed of Carbon TPT with a contrasting royal blue strap, whereas the piece for French skier Alexis Pinturault uses white Quartz TPT for its front and back, contrasted by black Quartz TPT as the case barrel. 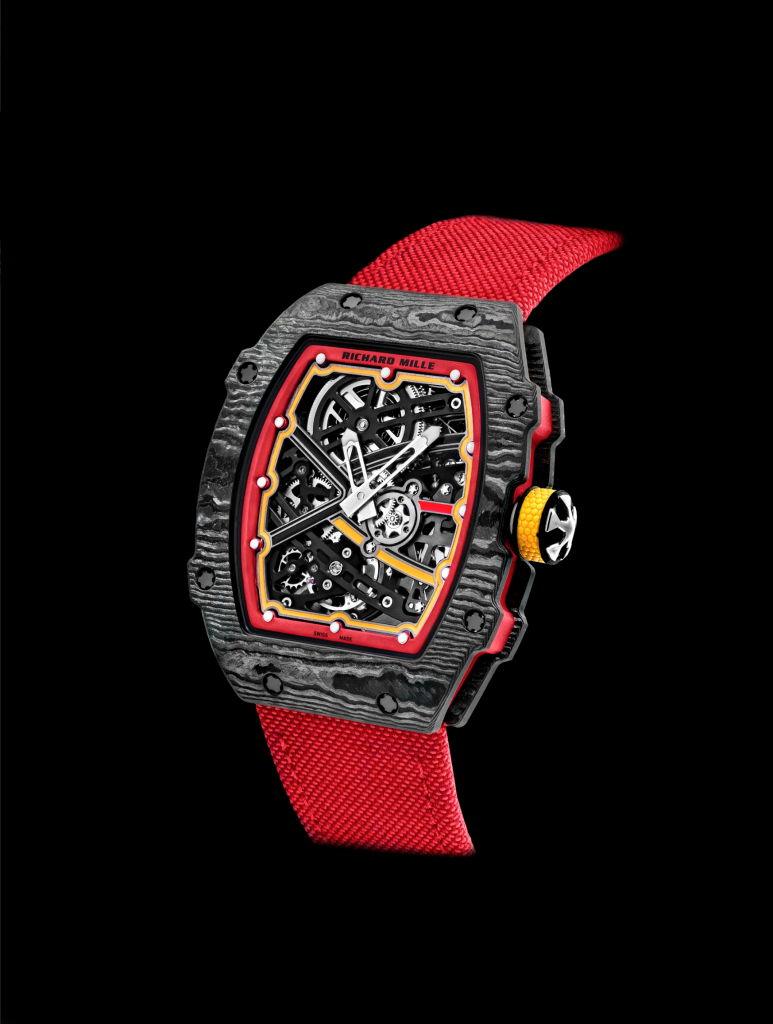